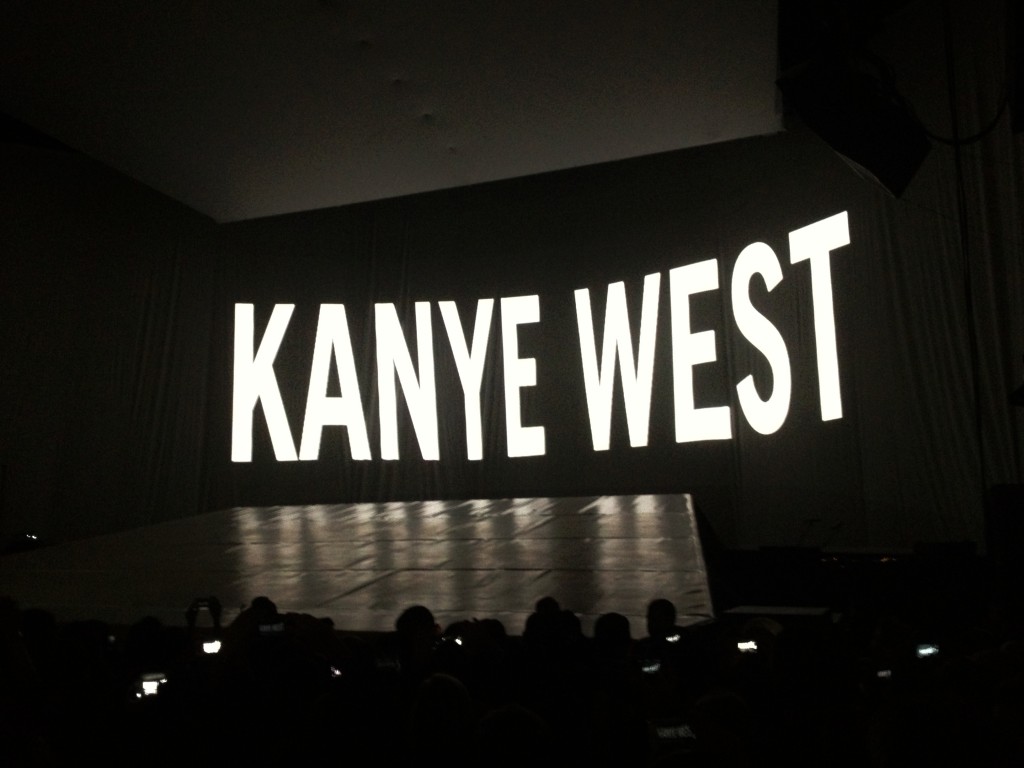 My friend calls me out of the blue telling me to get ready and to be in Hammersmith within the hour. Now if you know me well then you know I don’t like surprises not to add to the fact that its cold outside. However after asking 100 and 1 questions I was told I was going to see Kanye West at the Hammersmith Apollo, obviously this was one surprise I could deal with.

I went to the Watch the Throne concert last year and was amazed by the performance by Kanye West and Jay Z so I was keen to see what Kanye had to offer this time around.

The show started promptly at 9pm with flashing visuals saying KANYE WEST with his track ‘Cold’ dropping. Soon as he appeared on stage the crowd went crazy. There was a swarm of iPhone’s snapping away and virtually everyone’s hands were raised high in the air. The stage was illuminated by beautiful visuals of mountains.He went on to perform more tracks from his Cruel Summer EP and even went on to perform old school tracks from The College Dropout album such as All Falls Down, Flashing Lights from The Graduation and a number of tracks from the Watch the Throne album.

Throughout the show he performed with two very distinctive masks on. One was a wolf’s head which was intricately made from white feathers…a little scary to say the least! The other was a flamboyant crystal encrusted Maison Martin Margiela balaclava style mask which was made especially for Mr. West himself.

As the Watch the Throne concert last year had a lot to offer, Kanye West at the Hammersmith Apollo followed in the shows legacy with visuals and performance. He had numerous images and clips projected onto the plain white backdrop from the ocean, blizzard, woodland scenery and even a flock of birds flying within the sky. Each one breathtaking and made you feel like you was actually there. This was helped by the 4D effects he had including a iced fog machine and simulated snow which went on just a tad bit too long but it was still fun and had the crowd on a buzz.

Overall this was an amazing show considering it was all one man, this was evident after the crowd continued to chant ‘Yeezy’ forcing him to come out and perform his part from Estelle’s American Boy. Hands down, another great show by an amazing performer. 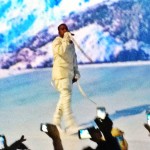 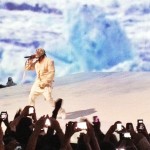 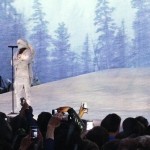 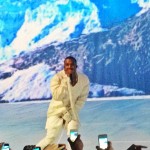 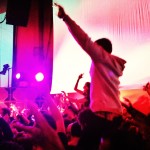