This Seasons ‘Must Have’ Sneakers

ONIN London > Arts > This Seasons ‘Must Have’ Sneakers

There has been a significant rise in the interest of men’s footwear with both sporting and high-end brands seeing items selling out in hours finding it virtually impossible to meet customer demand.

Last year saw some major releases including the Nike Air Yeezy 2 designed by Kanye West and the launch of various highly anticipated luxury shoes designers such as Balenciaga, Giuseppe Zanotti and Christian Louboutin who previously only catered for women. Even throw back styles such as Nike blazers and Air Max 1’s became immensely popular.

I’ve highlighted some of the hottest sneakers to drop right now, check these out below! 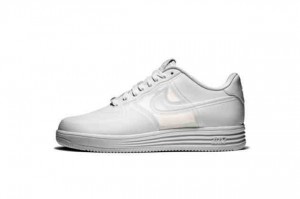 Quiet often making adjustments to a classic can prove to be a disaster however Nike who recently released the Nike Air Force 1 x Lunar sneakers have produced an amazing remake of the classic sneaker.

The Air Force 1 is a staple to every sneaker heads collection and can be worn so many ways. In the summer these sneakers will not only look great but the Lunar sole will make these the most comfortable pair of sneakers you own.

The make of the Air Force 1 was to celebrate its 30-year existence providing both athletes and fans an iconic and well recognisable sneaker.

You can find these in all good high street sneaker outlets including Footlocker and JD Sports for £115. 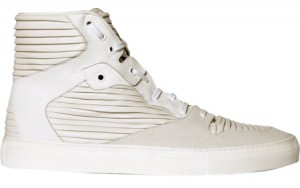 Balenciaga have had some amazing press surrounding their name for some time now with male celebrity icons such as Kanye West, Usher Raymond and even Justin Beiber who are all big fans of the Parisian luxury brand.

This season Balenciaga have adapted their popular pleated patchwork sneakers from last season and reinvented yet another amazing pair of sneakers. Balenciaga’s futuristic and fashion forward design elements have allowed them to create yet again another well sort after shoe.

These sneakers are stocked in all major London department stores and online at www.balenciaga.com