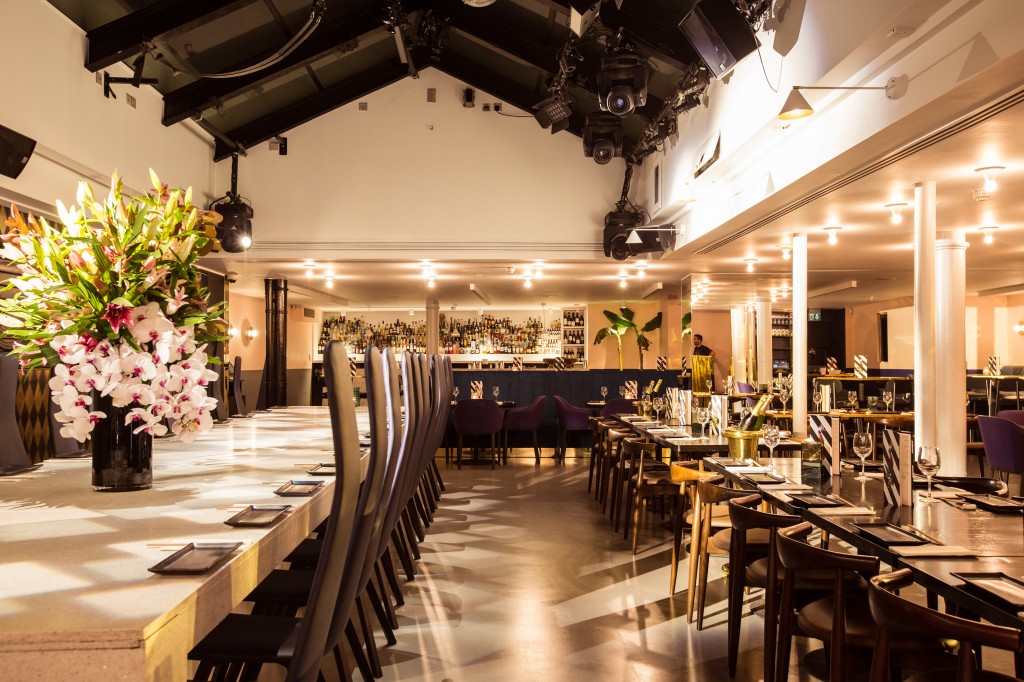 I had the pleasure of experiencing the re-launch of Circus London’s theatrical cocktail bar and restaurant based in the heart of Covent Garden. Let me say it was incredible!!! Not many reviews start in that way, however it was absolutely mind blowing and the best night we have had in London in a long time.

Gone are the awkward dinners with nothing to say and being glued to your smartphone. The night is a combination of a Pan-Asian dining menu, amazing cocktails and their signature aerial contortionists and acrobatic starlets shimmying up the 7.5 meter quartz ‘stage’ table.

Let me start with the entertainment: 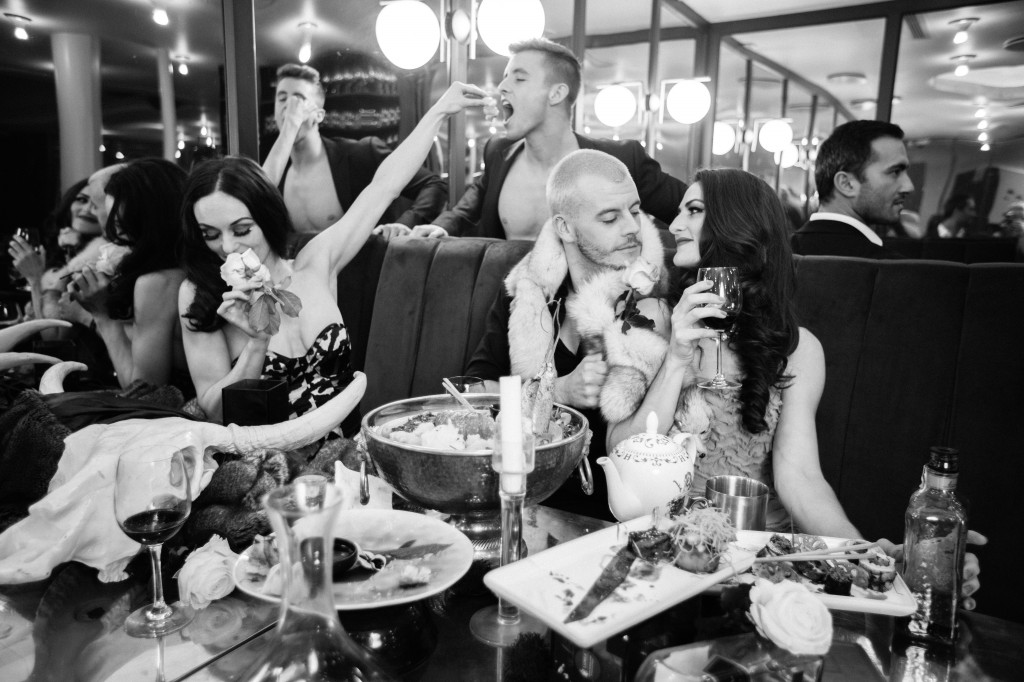 The central table makes for the main stage and also your dining table. On the table appeared a sign made from lights stating that we need to hold our glasses as the show was about to begin. Anticipation built as neither my friend or I had been to Circus and did not know what to expect. As the music started beautiful women and men danced in and around our tables, when the aerial artist took centre stage we were in awe as he spun above our table majestically. It was fantastic and watching these fantastic artists contort their bodies and do magnificent stunts took me back to childhood where I was obsessed with the Russian circus. In between each meal course a new show takes place and all are amazing, I honestly do not think I can eat dinner normally again.

Led by fabulous ring master, Remy, performance art is taken to new levels with Kitty Kitty Bang Bang’s fire eating Geisha girl, Brett Pfister’s seemingly limitless aerial acrobatics and the beautiful Bendy Twins’ gravity defying, sensual balancing act. No two nights are ever the same at Circus with some of the freshest entertainment talent from around the world performing, straight out of the box, Cirque de Soleil and La Soiree.

Now the food and cocktails: 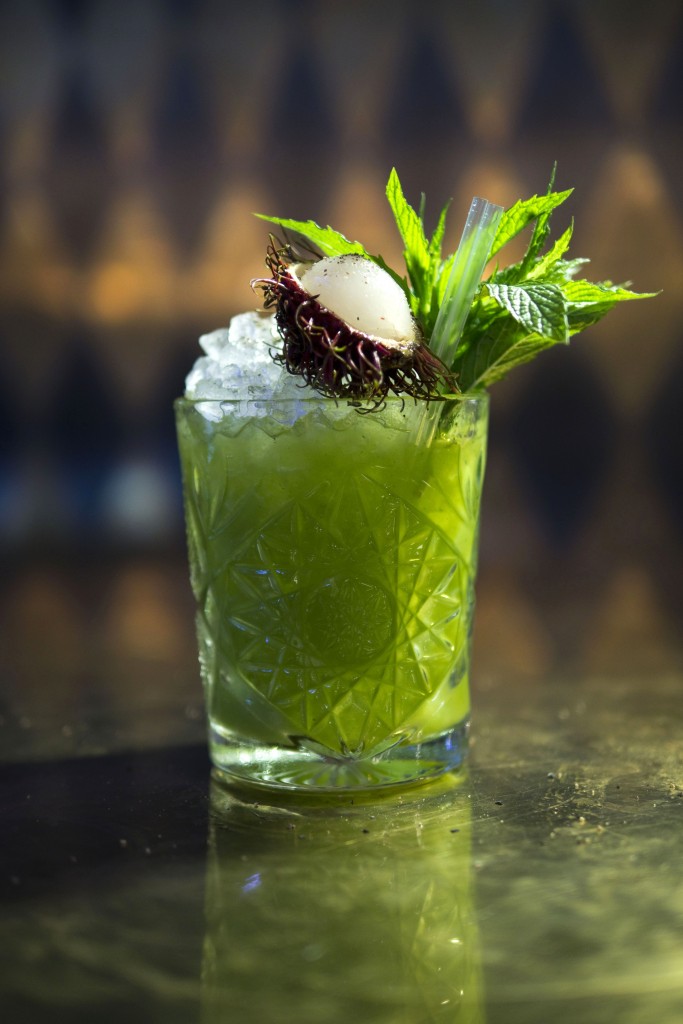 We chose the sharing menu to eat, which included lobster tempura, sushi, steak and some of the best dim sum we have had in a while. The food was great and you can see that acclaimed Pan Asian chef Andrew Lassetter (ex-Ricker restaurants and the Rushmore Group) has made his stamp on the menu. He introduces a new contemporary Latin American element to dishes including the likes of chicken and chipotle chilli dim sum, crispy skin salmon salad alongside spiny lobster tempura with truffle alioli and lemon ponzu to start.

We suggest trying the sharing menu and if not the defiantly try the stand out mains such as the Chilean sea bass with chilli bean, black bean, Shaoxing wine with garlic and ginger and chipotle chilli lamb chops with sweet potato and pickled cucumber.

Overall Circus is our new hangout spot; in fact we loved it so much you will probably find the whole ONIN team there for our Christmas party. If you are looking for a great night, with entertainment, great food, amazing drinks and most importantly a buzzy vibe then this is the place for you. 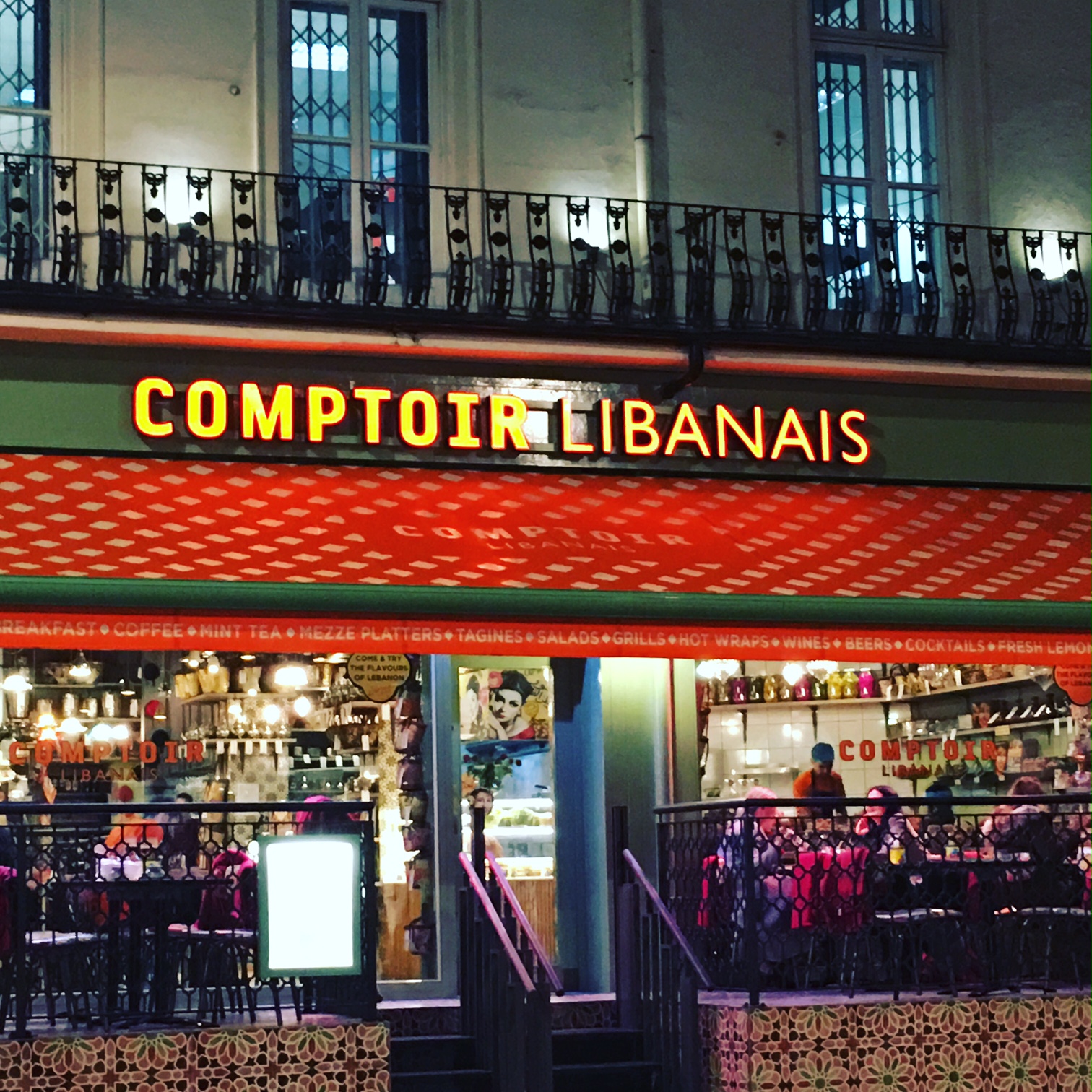 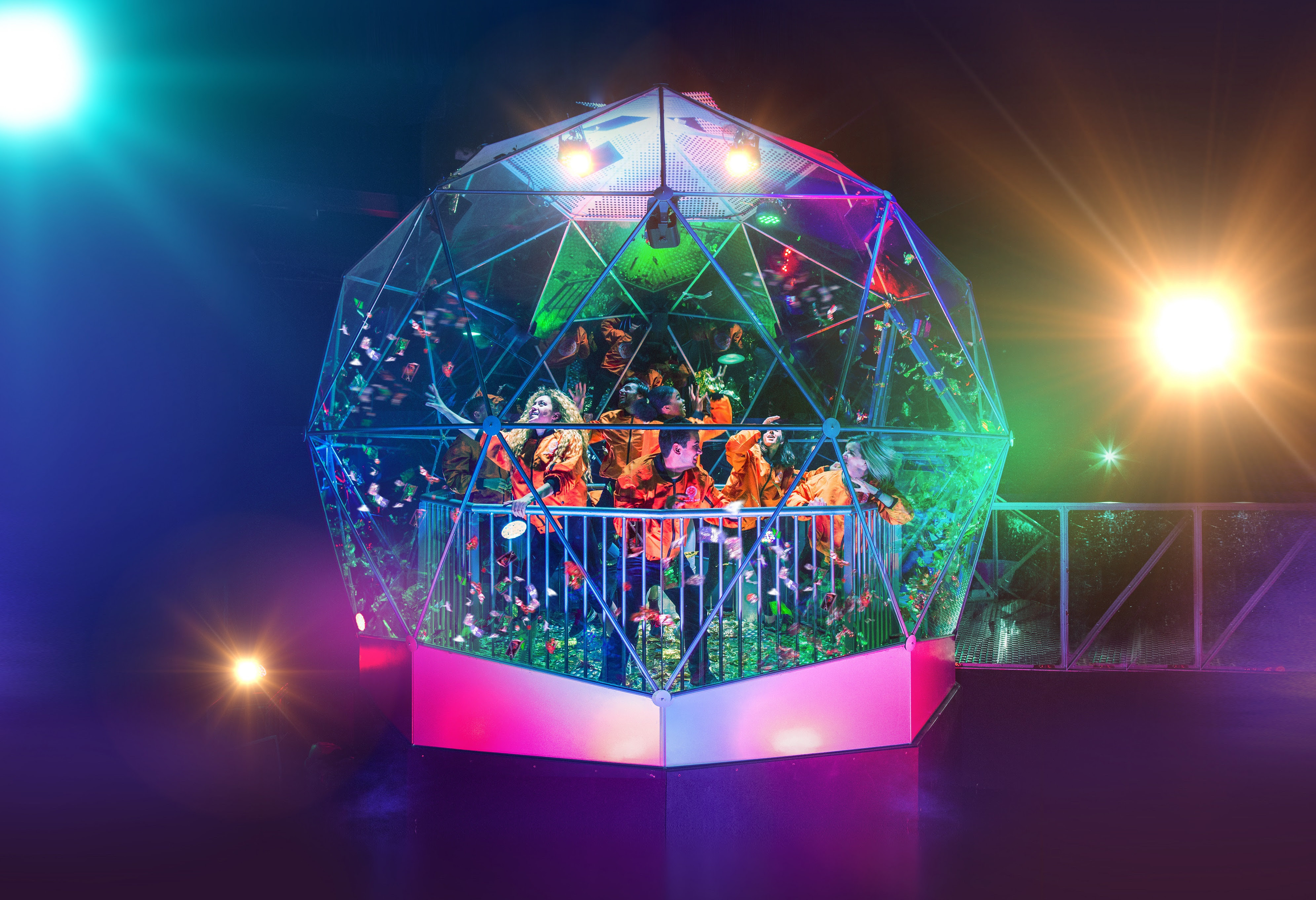 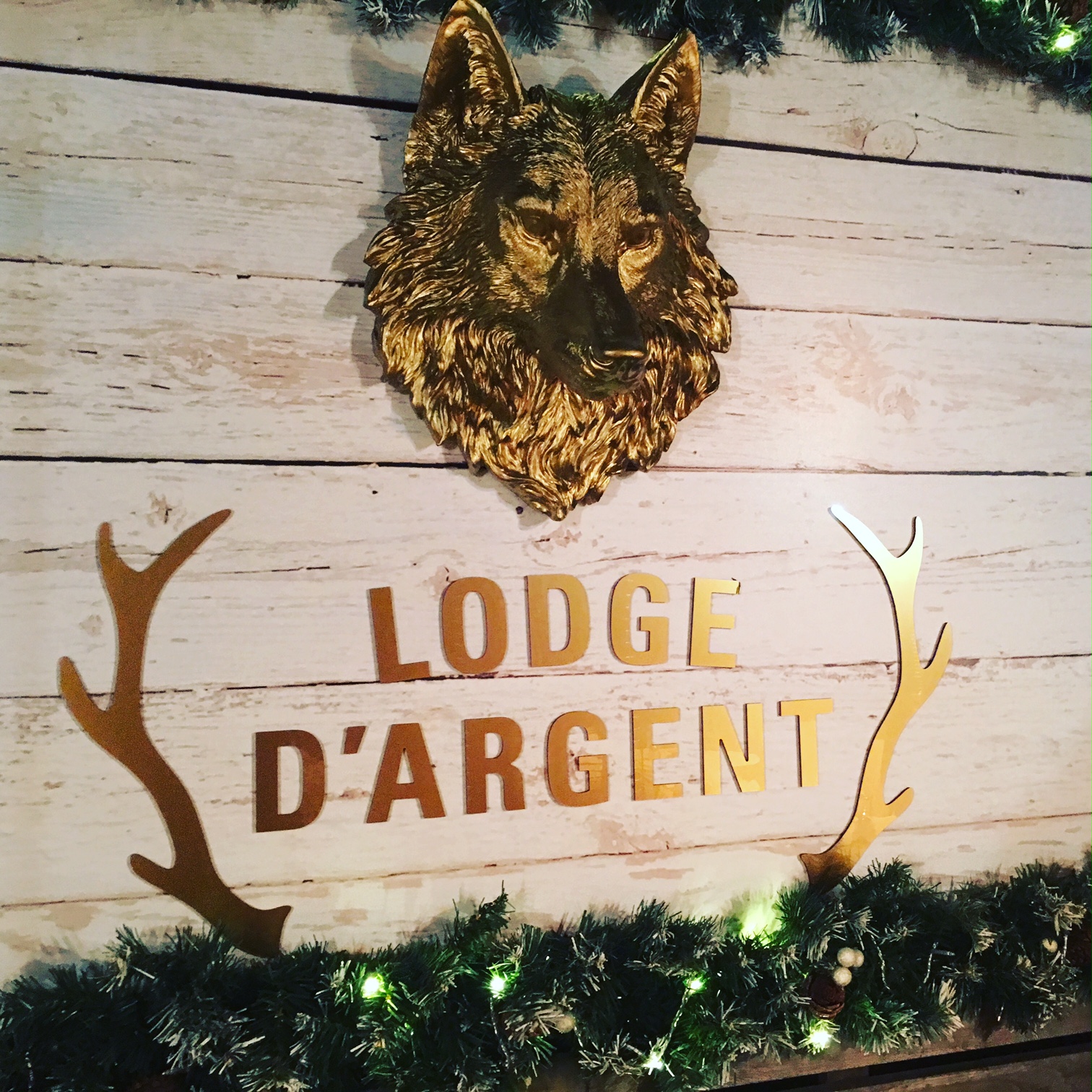