Part one can be read here

…The door slammed shut behind her. She stood still while her eyes adjusted, the dimness making it nearly impossible to understand the room. She coughed a little from the hazy smoke and could tell she was standing in a big space – really big.

She looked up. Skylights high above were weakly illuminated by a waning moon.

“Follow me,” the voice said. The sound of loafers shuffling against concrete led her forward, through rows of tall shelving. Her eyes were more adjusted now, and she could make out cardboard boxes with white shipping labels on the shelves. A musty industrial smell accompanied them.

Faint music gently called them forward – some sort of jazz, mellow but artisanal – and a soft reddish glow revealed Marion’s guide to be a young man. Thin. Probably with a beard and thick framed glasses, if the plaid shirt was any indication. She could only see the back of his head.

Just like that, they stepped out of the aisle maze and into an open clearing. She could see better here, there were a few practical household lamps scattered around with red and purple scarves thrown over them, naturally. The music came from an iPod on the floor. Speakers stood dutifully on either side.

“Here you go,” the hipster man said. He gestured to the center of the room and Marion caught her breath.

“Yeah thanks,” she managed to reply. She waved the hipster man aside, “That’s all, thank you.” He shook his head and went back the way he came, probably thinking about class differences and hoping he had enough weed to take another hit.

Marion was frozen in place. She stared ahead of her and craned her neck back to take it all in. There, standing in the middle of a ridiculous warehouse somewhere outside of Washington, D.C., was a 2-story high statue of – a moose? Yes, despite the wooden support scaffolding, the antlers were unmistakable.

The moose was bucking. Its two hind legs kicked out behind its body, and its head dipped forward in emotion. Its mouth was wide. It looked unfinished, and the wooden beams meekly strained under the heavy weight of the animal’s rear haunches. From her vantage point behind the animal she could clearly see that it was male.

She wanted to laugh but something stopped her. Maybe it was the way the light reflected off the soft curves of the animal’s rear, or the masterfully sculpted definition in the neck. Muscles.

“Well. You made it.” Her body seemed to melt a little bit at the sound of his voice. It was Adrian.

She turned slowly, playing it cool. “Of course I made it. I said I would.”

She laughed. “Well, that’s hardly my fault.” She watched his face stiffen slightly at the comment. He was so stuffy sometimes. “Come on,” she teased, “it was only a joke.”

She walked closer to him, standing next to the moose’s right front leg. “Couldn’t you have made it a horse? Or at least a buffalo? Something more… American.”

He took her forearms and pulled her closer, smelling her hair. He kissed her forehead. “They wanted a moose.”

“I want to touch it…” she whispered. He made a soft sound of assent and she broke the embrace, smiling at him playfully. She stepped up to the moose. “I want to feel the strong muscles under my hands.” She put her hands on the front leg. “I want to lean up against it and feel it against my body…” she pressed her body into the bronze leg.

He laughed. Encouraged, Marion threw her body up against the moose leg, intending to entice him with a stripper dance.

Instead, the structure buckled and groaned. A piece of scaffolding screamed as it broke under the weight and came crashing to the floor. The moose shook, and in one horrible, slow arc, the animal’s rear legs tore through the wooden scaffolding and collapsed onto the concrete floor with a terrific BANG.

It was all Marion could do to jump out of the way just in time. She stared at the pile of bronze and wood beams in front of her, now a nonsensical jumble. Dust rose quietly up from the mess. Blood began to creep out from underneath… 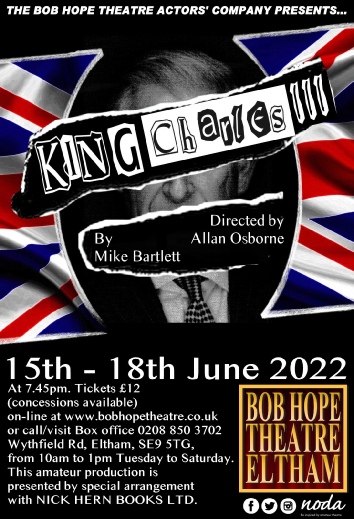