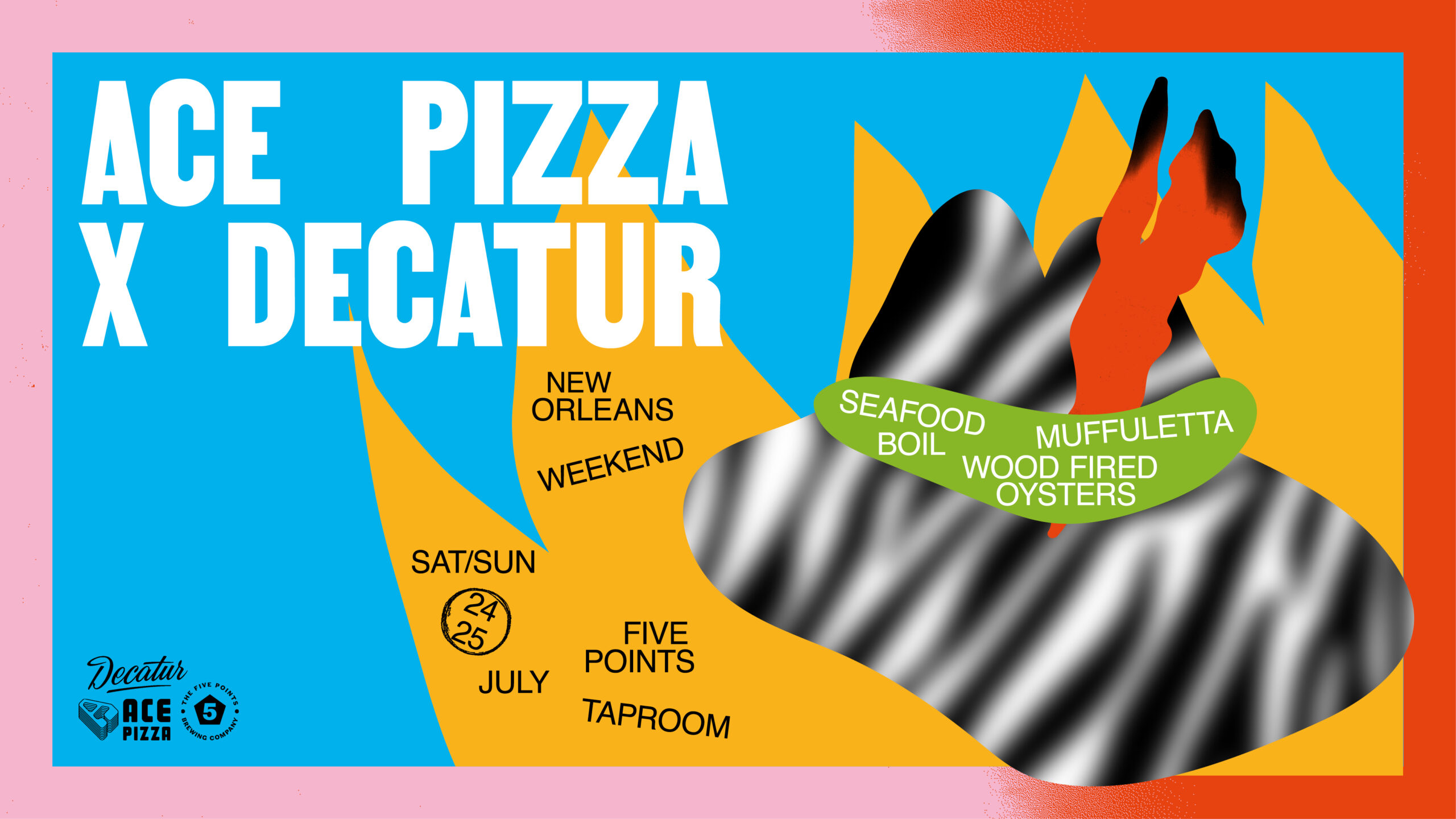 London is a mecca for Craft beer lovers, you’ll be hard pressed not to stumble across craft breweries and tap rooms, even in the most unlikely of places. However big or small, expect a welcoming social atmosphere and personality that matches the individuality of its beers. East London’s largest independent brewery, The Five Points Brewing Company, recently opened its outdoor taproom with space to accommodate 300 guests, without loosing its social vibe.

Based in the yard and arches of the new Five Points HQ Located in London Fields, the taproom is the perfect place to enjoy open-air get togethers throughout summer including a pop up summer residency ‘Ace under the arches’ brought to you by Ace’s pizza.

If the smokey smell of their wood fired oven doesn’t entice you then the specially designed outdoor neon-clad pizza shack Inspired by 80’s downtown NY art scene, complete with pink and yellow festoon lighting, a leopard print pizza oven and a giant neon “A” surely will.

Serving up their signature slow proved, light and crispy NY-Neapolitan pizzas, the menu will feature seasonal classics plus brand new pizzas including the Hackney Hawaiian. There is also an extensive Vegan range so everyone can enjoy a slice of pizza heaven.

While chilled fresh flavoursome beer and aromatic pizzas are a perfect pairing, hop over to The Taproom on 21st & 22nd August, for a southern backyard style cookout with London seafood specialists Decatur, who will be serving their famous Louisiana-inspired seafood boils and cheesy garlicky chargrilled oysters, as well as one-off collaborations with ACE Pizza. Get ready for a taste of southern hospitality and mouthwatering Cajun flavours that will take your taste buds on an adventure.

Delicious food washed down with the full range of tank-fresh Five Points beers? Cheers to that! Recent additions to the range include Five Points Lager, a British Lager brewed with Goldings hops, and Five Points Best, single-hopped Best Bitter, joining unmistakable classics such as the aromatic Five Points Pale and the tropical fruit flavours of JUPA.

Come for the beer, stay for the vibe. Alongside ACE Pizza residency and collaborations, The Five Points Taproom will be hosting a series of events throughout the remainder of summer, including guest DJs every weekend, live bands, plus a range of beer and food festivals.

YOU COME, YOU RUN, YOU RAVE