Everyman Cinema and Jaguar UK are delighted to present a unique immersive experience to celebrate the launch of Guillermo del Toro’s highly anticipated film-noir, Nightmare Alley, which will be released in cinemas nationwide by Searchlight Pictures on January 21st 2022. 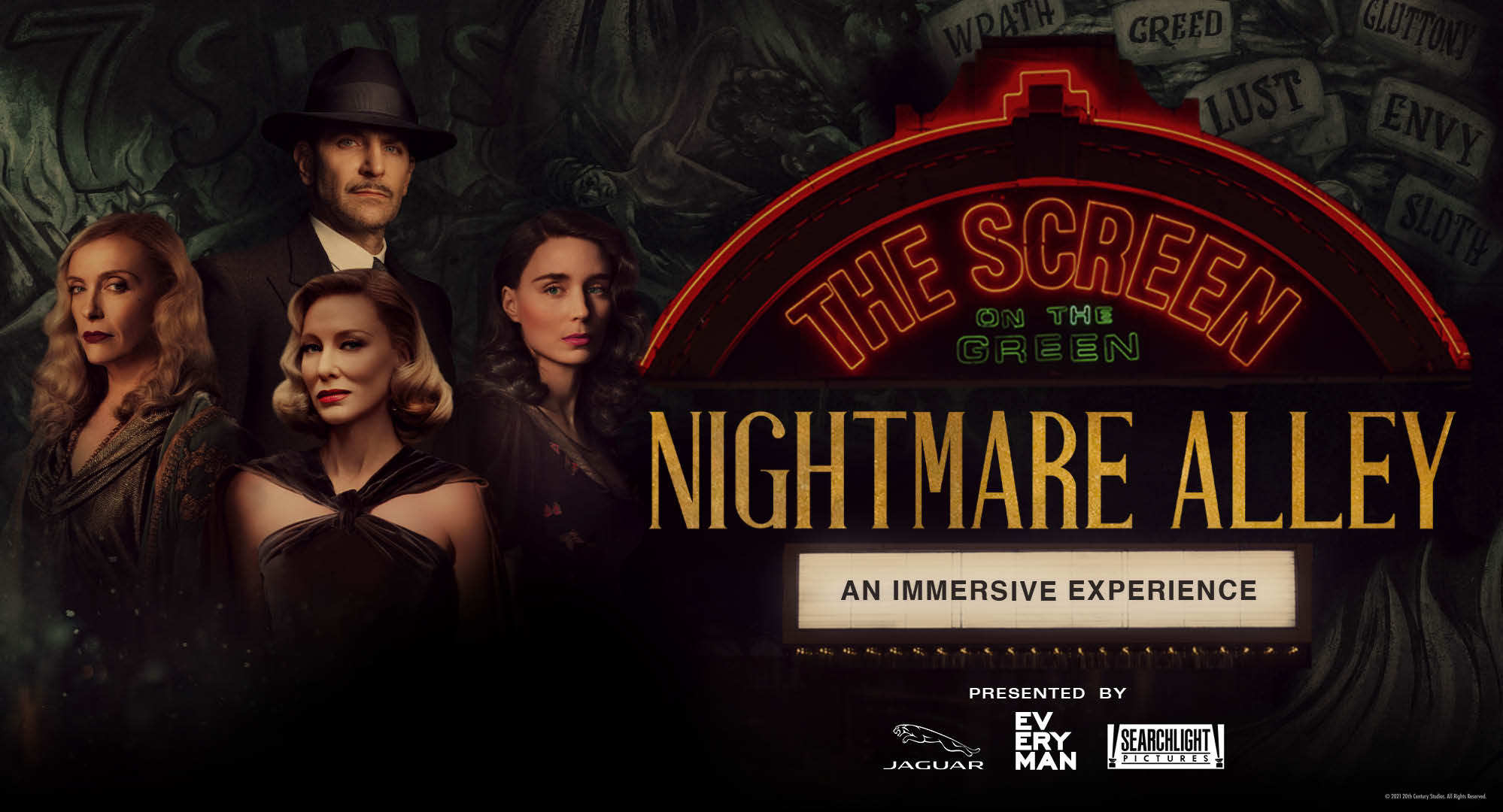 A series of immersive events will be taking place in Everyman’s most intimate and iconic venue, Screen on the Green in Islington from Friday 21st until Sunday 23rd January. For 3 nights only, guests will be immersed in the dark underbelly of the 1940s American carnival, complete with circus performers and a live band.
Nightmare Alley is a psychological noir thriller starring Bradley Cooper and Cate Blanchett, exploring the nuanced world of a travelling Carnival and lives of New York’s elite society in the mid-20th Century. Taking inspiration from del Toro’s ability to take audiences inside the film, Everyman and Jaguar will draw back the curtain on this intriguing and sinister film and bring it to life within the walls of Everyman’s historic Islington venue.

With food and drink at the forefront of Everyman’s premium offering, guests will also be able to enjoy freshly prepared food and cocktails, inspired by 1940s America to fully immerse guests into this sumptuous cinematic experience. Everyman’s iconic plush velvet sofas and armchairs perfectly accompany the noirish ambience of this immersive experience.

Tickets will be available to purchase online at EverymanCinema.com.
Jaguar has partnered with Everyman Cinema to celebrate films that break away from  the norm – and the individuals who bring them to life.