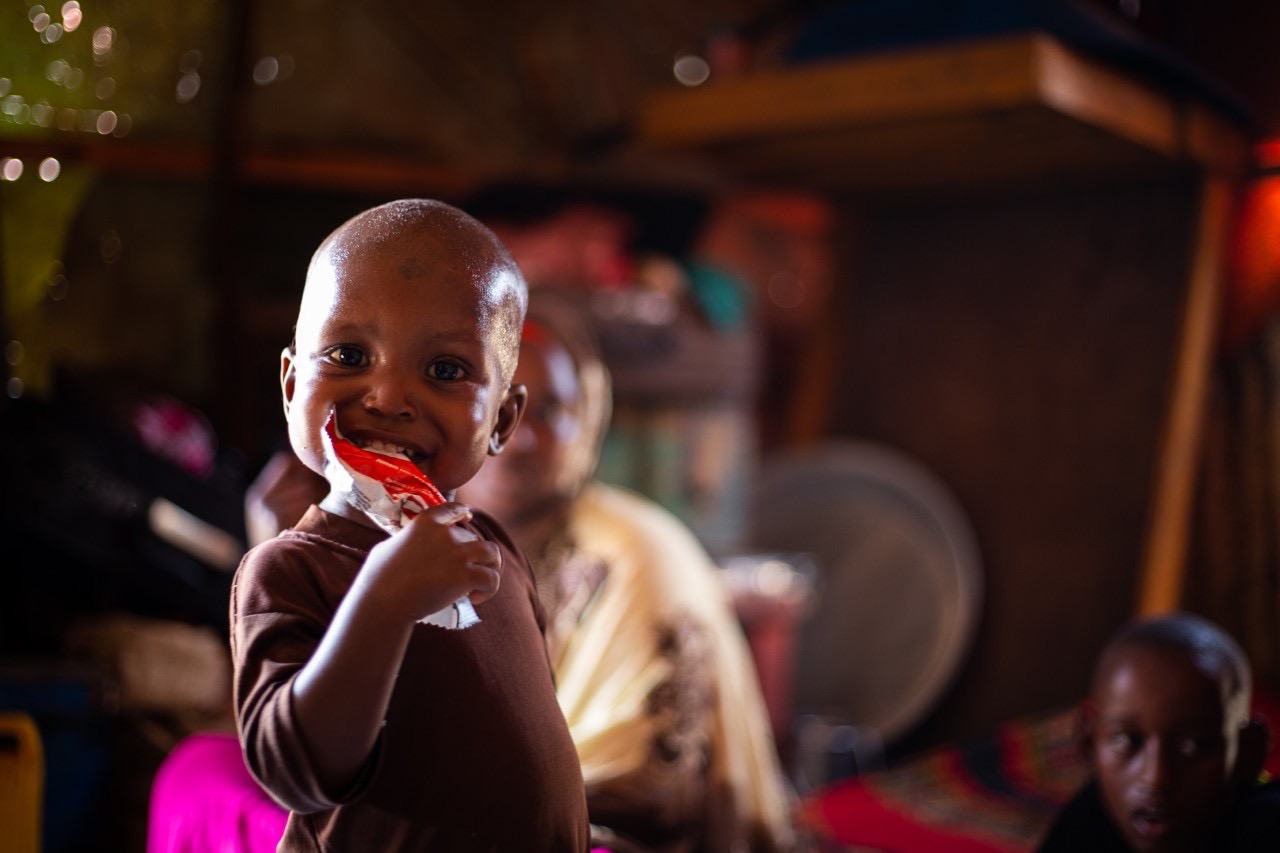 WHAT CAN £1 ON YOUR RESTAURANT BILL COVER? OLIVES? A BREAD ROLL?

OR A DAY’S WORTH OF LIFE SAVING THERAPEUTIC FOOD TO TREAT A SEVERELY MALNOURISHED CHILD?

This September and October, Action Against Hunger is inviting restaurants across the UK, to partake in the Love Food Give Food campaign. By foodies adding just £1 to their bill at the end of the meal, they are raising vital funds to support communities in the UK and across the world who are facing life-threatening hunger.

The £1’s from this year’s donations will go towards those suffering from hunger and malnrutrition in the UK and around the world. The charity supports community kitchen and malnutrition treatment centres, water, sanitation and healthcare projects and those assisting people impacted by Covid-19.

Right now, the lives of 11 million children under five are at risk because of life-threatening hunger; that is four times the number of people who lost their lives in the first year of the pandemic.

Additionally, WHO (World Health Organisation) estimates that 265 million people around the world are currently facing a hunger crisis. That is a rise of 130 million on the pre-pandemic figure. In the UK alone 1.97 million people within the UK are undernourished according to The Food Foundation.

“This year we celebrate Love Food Give Food’s 10th anniversary. We have had fantastic support from the hospitality industry over the last 10 years, which has raised over £3 million and supported 17 million people. The money raised by restaurants and their diners has helped fight against hunger and malnutrition in 46 countries, including here in the UK. 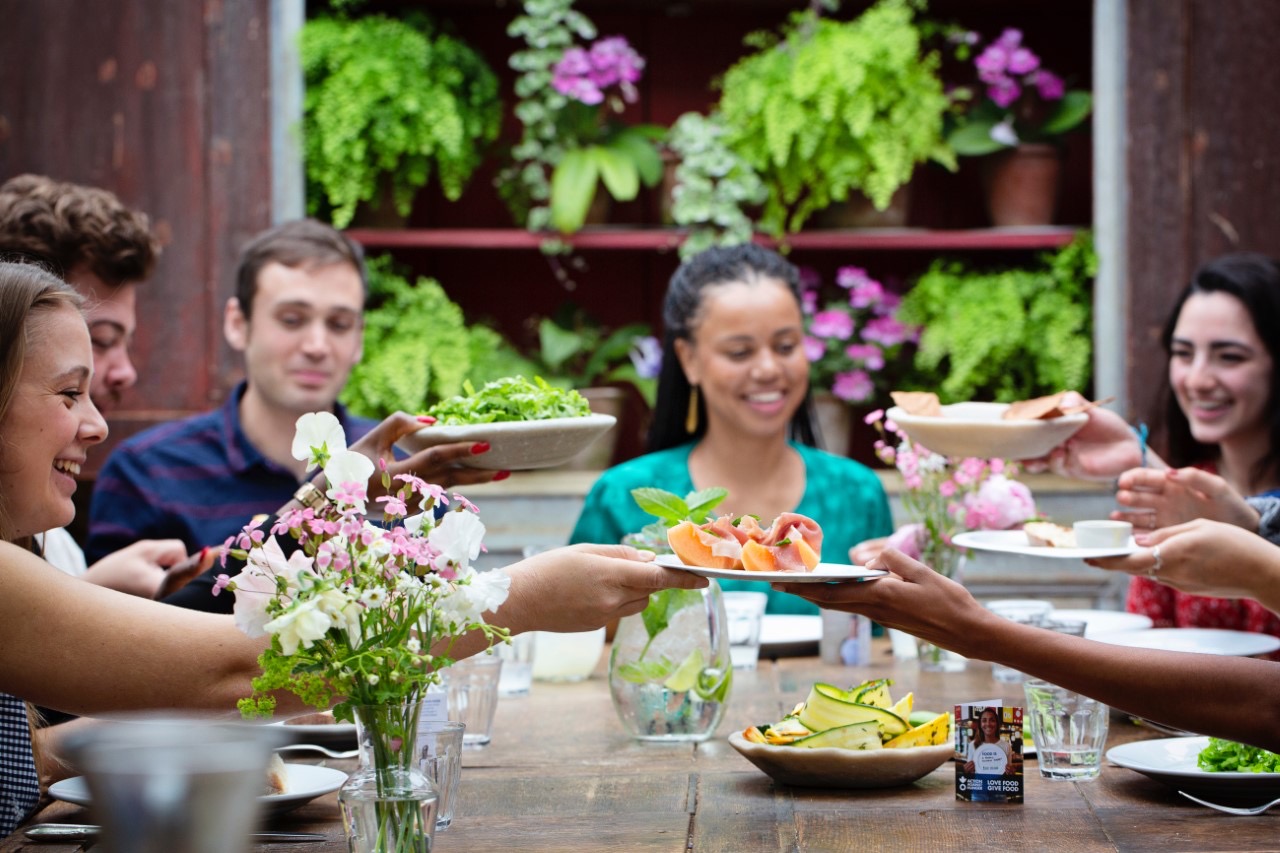 We are delighted that we have so many fantastic venues supporting this year too. Over 200 restaurants across the UK have confirmed their participation from 1 September. Restaurants include Yo! Sushi, Hakkasan, Darjeeling Express through to Hawksmoor and Caravan.

The world is facing a global hunger pandemic with millions of people suffering from lack of food due to poverty, climate change, conflict and Covid. Our UK restaurants and those eating out are in a fantastic and unique position to make an impact in the fight against global hunger.”

Across the UK the average meal out is £25 for a couple. The price for this meal is the same cost to fund an emergency kitchen kit for a family of five people.

If the meal were to cost £42, that’s the same cost as a 6-week treatment of ready to use therapeutic food to help save a malnourished child’s life.

The donation of £1 on your restaurant bill provides a mother with a day’s worth of life-saving therapeutic food to treat her malnourished child. The right nutrition in the first 1,000 days of a child’s development is vital for a chance of a healthy life.

Women, infants and children are often more vulnerable to malnutrition across the world. Of the 690 million people who are food insecure worldwide (including the UK) 60% are women. When families experience economic hardship, mothers are usually the first to sacrifice their food to feed their children.

For more information on Love Food Give Food and to know which retailers and venues are signed up visit: https://www.actionagainsthunger.org.uk/lfgf 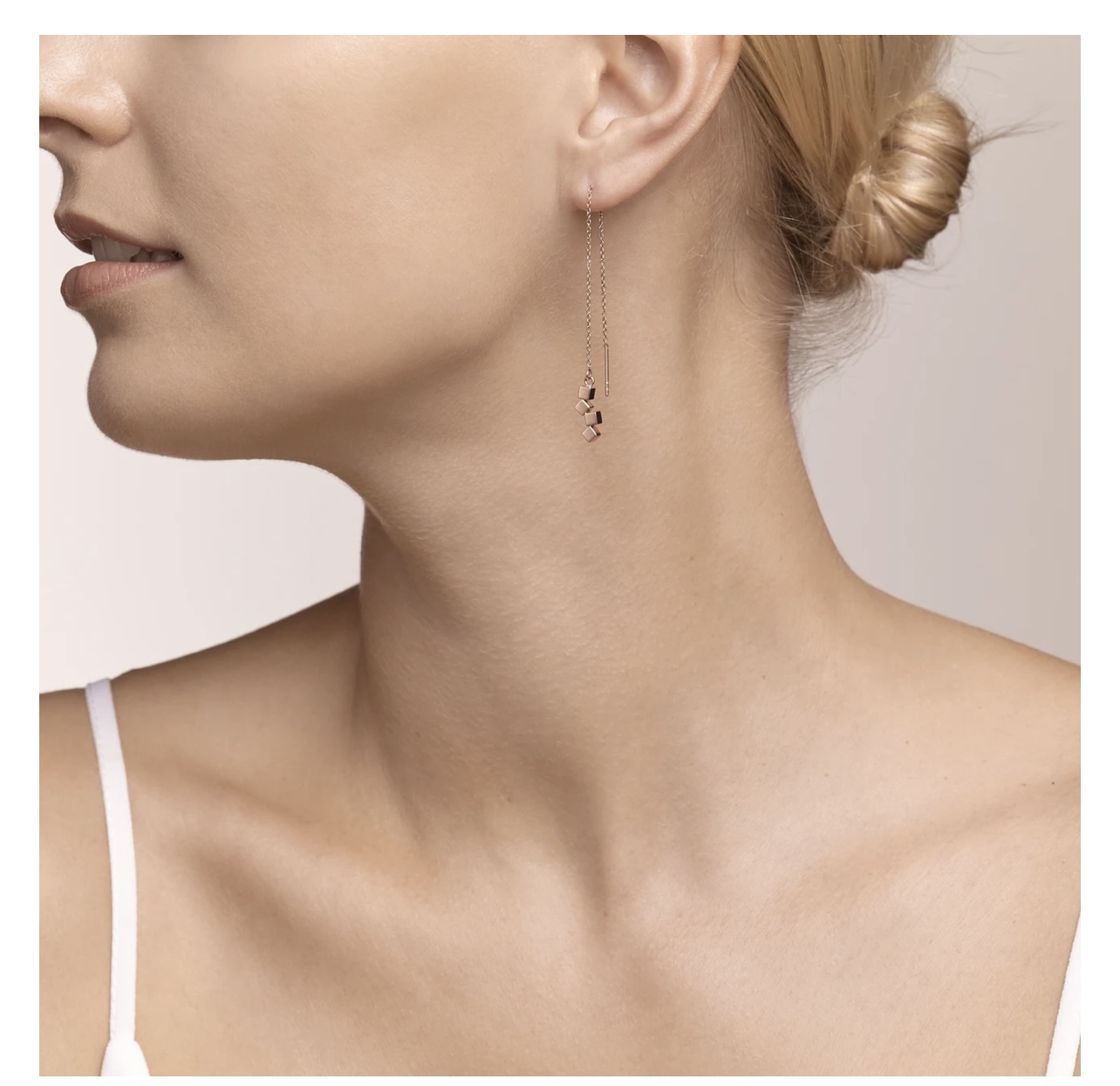 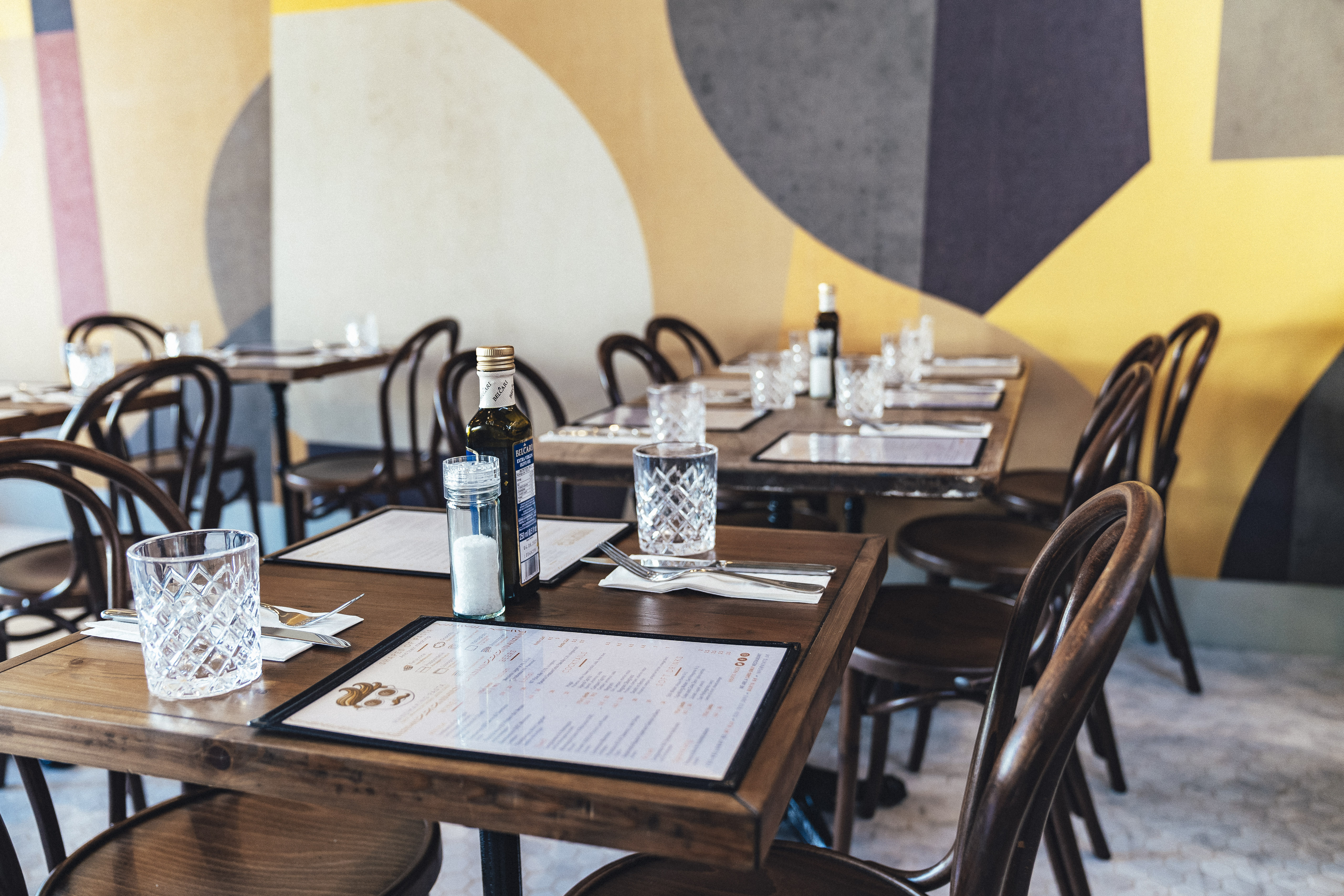 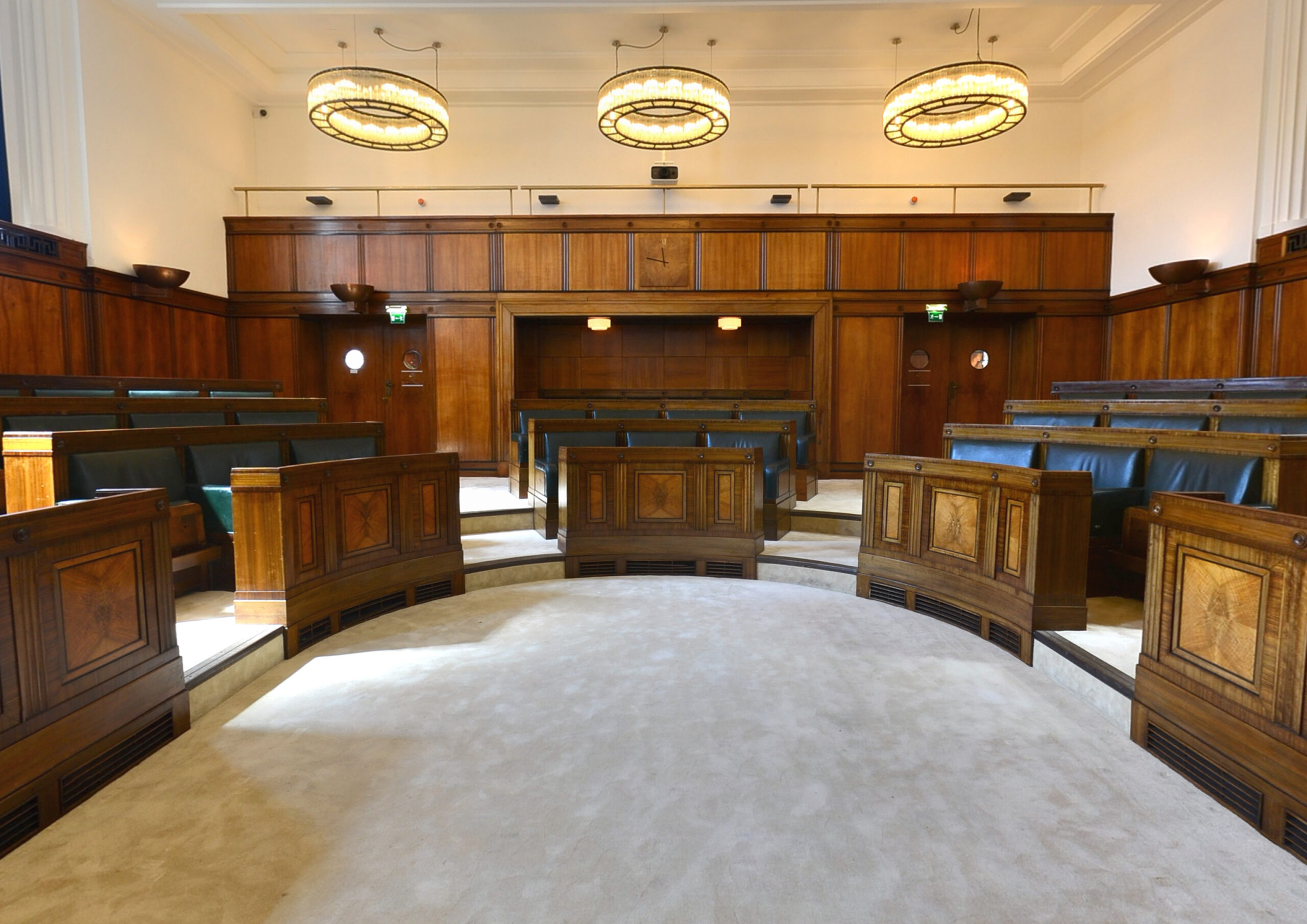 THE JUDGE, THE JURY AND JAMES PATTERSON: BE SUMMONED FOR THE UK’S FIRST IMMERSIVE COURTROOM EXPERIENCE