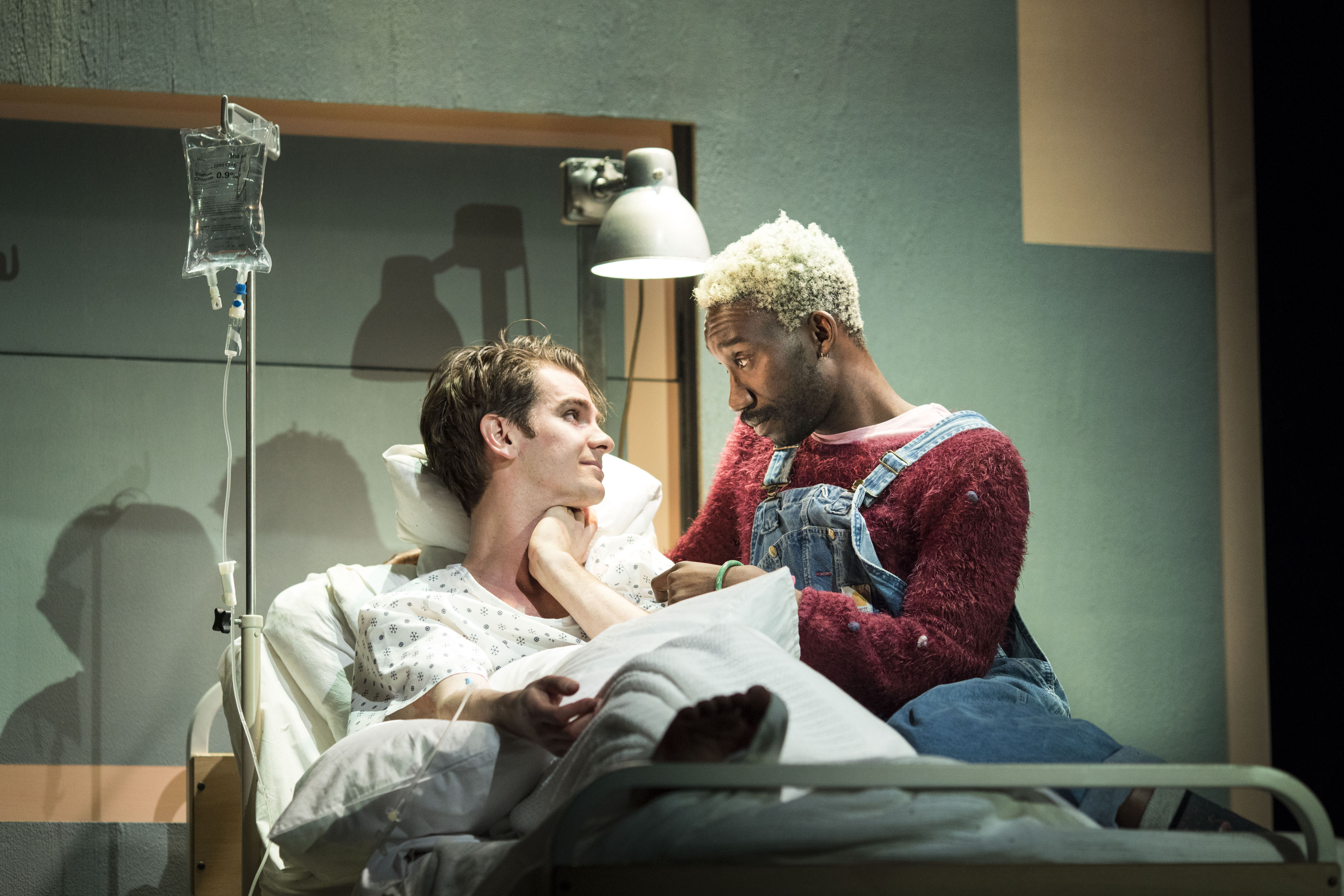 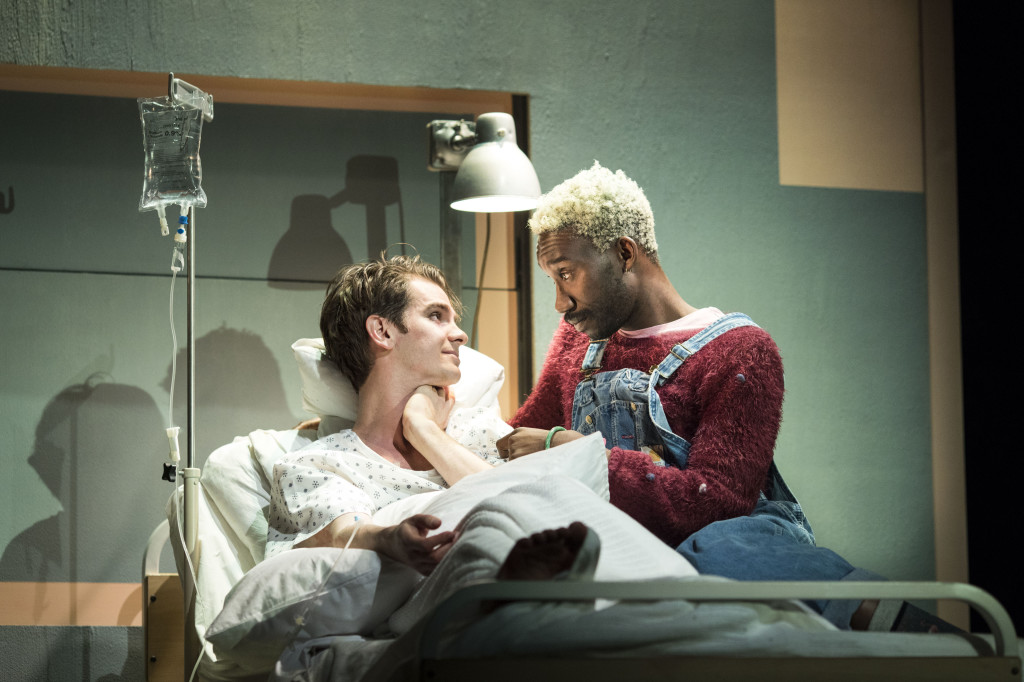 Tony Kushner’s epic two part play “Angels in America” was first performed in 1990 in LA with a year-long run at the National Theatre, London in 1992. The play is set during the mid-1980s when the AIDS epidemic was at its peak and people – predominantly gay men – were dying at an alarming rate. The play, then, worked as a cutting satire of the Reagan Administration and its response to homosexuality in the eighties. This new production – again at the National Theatre – draws many parallels to the current American government’s tolerance for minority groups.

Director Marianne Elliot’s adaptation of Kushner’s play is as sizzling and relevant as ever.  The production consistently remains as compelling as the source material – Kushner’s characters continue to be mesmerising and the world he created completely captivating. Elliot does an excellent job of engaging the audience for 7.5 hours long (it never drags). As with other incarnations of Angels in America, it is split into two parts and this performance includes two intervals during each act.

The cast are all excellent with a few particular standouts. Andrew Garfield, playing Prior Walter, seamlessly balances the character’s humour, fear, anger and curiosity. Nathan Stewart-Jarrett delivers a powerful and real-talking Belize with wonderful moments of wit that drew big laughs from the audience. Other notable performances include Susan Brown, playing a variety of characters including the Rabi, a Doctor and Hannah Pitt (rivalling, if not eclipsing, the memory of Meryl Streep in the 2003 HBO miniseries). 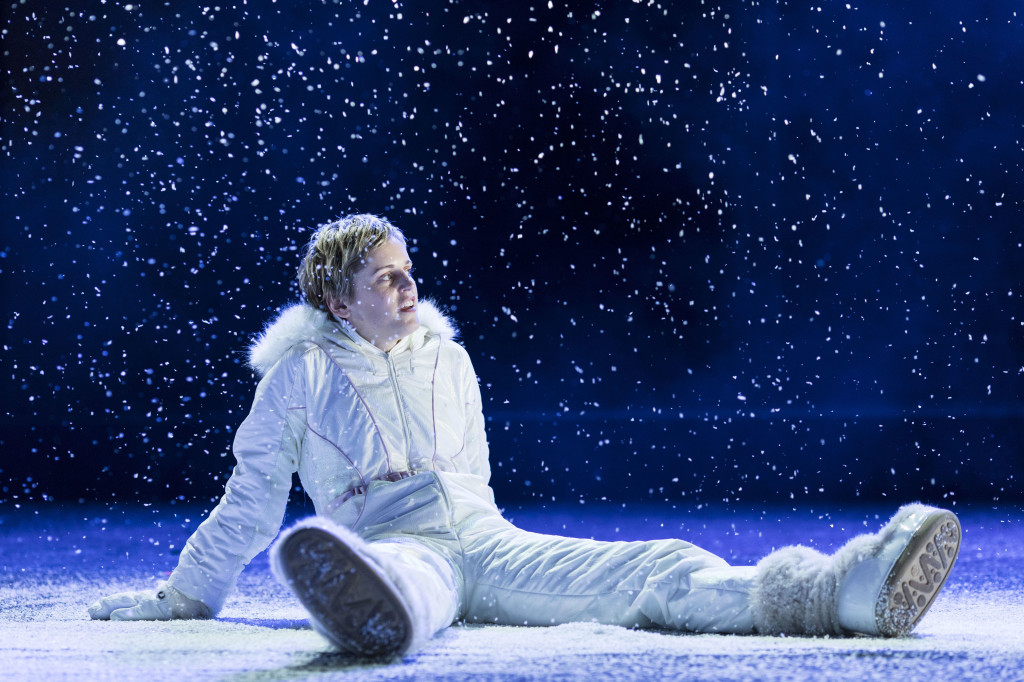 The revolving set was both simple and intricate – like a jigsaw in which you can see all of the pieces and yet it can still surprise you. A steel wheel is used to turn and reveal different locations; sets rising from the ground and sinking very effectively. There is excellent use of trapdoors – in one scene a character is momentarily traumatised by the apparitions in his bed, hiding under the covers for the ghost to vanish. The production value is very high: fire roaring from a plinth; snow and rain pounding the stage.  It is a spectacle but one that never outshines the performances or the story.

The only small disappointments are the costumes which are fairly dull and oversized –likely stylistic choices to both reflect the themes of death/decay and the bloated fashion of the era. However these choices also strip the production of the intermittent moments of joy prevalent in the source material and in other productions.

Overall though this is an excellent revival of an important piece of work. Highly recommended.

Angels Ballot presented by Delta: Hundreds of £20 tickets will be released in a series of ballots. Click here for details and to find out when you can enter the next Ballot. Angels in America will also be broadcast to cinemas by NT Live from 20 July. Find out more.

Gareth is a writer and filmmaker. See the trailer for his latest comedy short “The Ex” and his YouTube Channel for other short films.