Last week a friend of mine hosted a comedy evening for Childreach International, and if I’m honest when she told me all the acts were performing for charity I was a little sceptical. I now realise how utterly ridiculous that was as:

a) all the acts were amazing, and

b) one of the acts was comedy cabaret group PeaBlossom.

Now I don’t know too much about comedy (except I love a good chuckle) however any duo that can make up songs on the spot using the audience’s words is a total winner in my eyes. So after the show I grabbed the opportunity to take five with the snazzy singers. 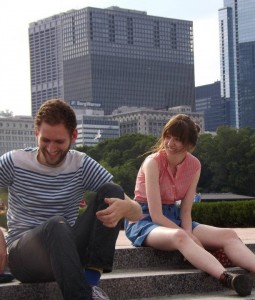 Okay I’ve seen your act, it is awesome, I’ve never seen anything like it! Could you tell the viewers a little about what it is you guys do?

We do improvised cabaret, making up comedy songs on the spot, for the audience and about the audience. Love songs, sea shanties, even hymns!  We aim for a fast-paced act with a lot of surprises, and a lot of audience interaction.  We are ‘Mr Pea’ and ‘Miss Blossom’, a would-be glamorous duo who always slightly miss the mark – there’s definitely some clowning in there too.  Dylan (Mr Pea) plays the piano and we both sing.

How did you meet and start Peablossom? We met in the Oxford Imps, Oxford’s oldest improv troupe.  It was with the Imps that we first started improvising songs, and also creating new formats together – we directed “One Arabian Night”, an improvised pastiche of the Thousand and One Arabian Nights.  That was our first joint project.  We wanted to carry on working together, and the idea of a cabaret grew out of our love of improvising songs.

Did you always want to go into comedy?

Sylvia – No, it took me by surprise!  I’d never done anything like until I was 20, when I saw some improv and just really, really wanted to be part of something that seemed so euphorically fun.  It’s been an amazing discovery – I can’t imagine now how different my life would be now if I hadn’t decided to give it a go!

Dylan – I’ve always wanted people to watch me having fun. My early work includes insisting that my dad push me on the swings. But I only realised this was a respectable profession in the last few years. Have you gigged anywhere big? Not with the Cabaret – the format’s pretty new.  We’ve been working together for years though and that’s taken us to some great places.  The most amazing experience was probably when we performed at Upright Citizens Brigade in New York, the holy grail of improv theatres – dream come true!  It’s a close call though – in Oxford, we performed some improv comedy rap together at a gorgeous 1800-seater theatre for the Imps’ 10th anniversary.

Do you live/gig in London? 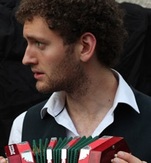 Dylan – yeah, I live there and it’s the main location for our gigs. I’m in Whitechapel, just down the road from Bethnal Green’s Backyard where we both perform with the comedy collective Shorts. It’s really exciting to be an improviser in London right now – there’s so much going on and the first dedicated improv theatre and workshop space, The Nursery, has opened full-time in Southwark.

Sylvia – I don’t live there now but it’s where I began improvising, through the Hoopla network, and it’s still where most of the improv I do takes place, including the Cabaret.  It’s just so much easier to perform in London!  I rehearse with a couple of groups at the amazing Theatre Delicatessen, which takes disused buildings and turns them into rehearsal and performance spaces.  It’s innovations like that which make London such a great city to perform in.

So as young Londoners, where are your fave places to go? 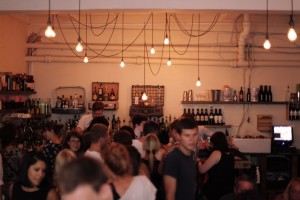 Seven in Brixton is a great bar for partying. The Hackney Farm is more chilled out where you can meet pigs, poultry, goats and sheep. Mr Pea and Miss Blossom would definitely frequent the Old Crown, a Victorian pub near the British Museum with lovely cocktails and church organ pipes on the wall. And Zengi on Commercial Street does great Middle Eastern fusion food. We will soon be in touch with all of the above for lucrative sponsorship deals, or at least some free hummus. 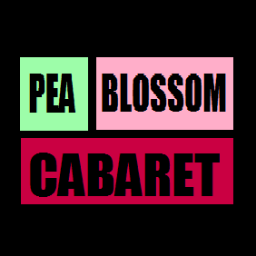 Where is Peablossom heading at the moment?

First, we’re keen to experiment with taking the format we’ve got to a whole range of settings.  We’re excited about using it outside traditional theatre or comedy venues, especially at events where everyone knows each other.  We find there’s something really special about doing songs about people in front of an audience of their friends, because it merges professional comedy performance on the one hand, and the joy of an in-joke with friends on the other, which is a particularly joyful kind of laughter.  Second, in the future we’ll be looking to extend the format, maybe add in some non-musical elements.  It would be great to take it to the Edinburgh fringe at that stage.

Stay tuned for more shenanigans from Mr Pea and Miss Blossom, or if you can’t wait check out:

Behind the Brand: GiveMeTap