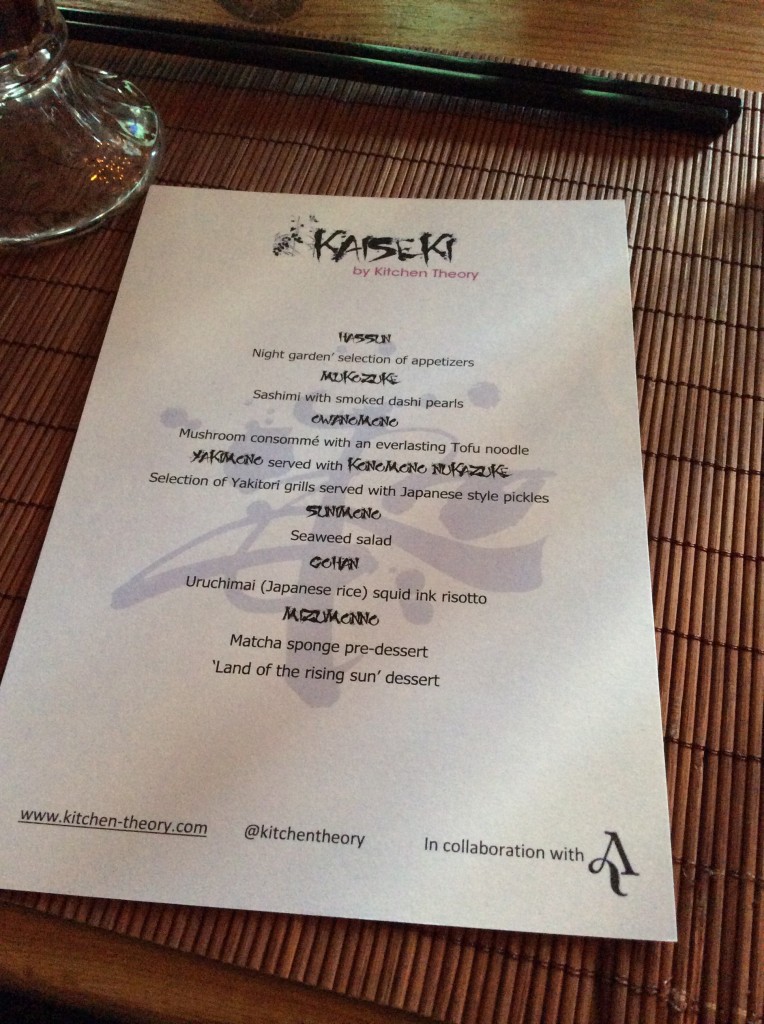 I’ve never really been a huge fan of fine dining. I’ve always found it to be a bit cliche and well, to be brutally honest, it’s just not my scene. I’m a lover of the arts world and appreciate simplicity. I wasn’t prepared for what I was about encounter at Kaiseki.

I had a brief heads up from our wonderful editor Abi, about what to expect. Now I’ve never tried Japanese food and after my amazing evening with Kitchen Theory I am now undoubtedly a fan.

Now one thing that stood out to me instantly was the intimacy of the layout, I felt a great sense of comfort and security, sounds odd, but it was extremely welcoming. Each guest was greeted and made to feel valued which was a trend throughout the evening. Lulu Youseff was the amazing host, whilst Jozef Youseff was the genius mind behind this beautiful concept.

The night began with a short film by Aerosyn-Lex’s directorial début short film titled SCRIPTURA VITAE, which was commissioned by Channel 4 and Protein London as part of the Random Acts platform. The visuals were amazing and I was stuck in a trance following the beauty of Aerosyns masterpiece.

Now I’m never one to ruin the finer details because I believe the journey is the greatest part of the experience, so I won’t do as most would expect and explore all the dishes in great detail, but I will say the thought and imaginative elements that went into each was truly wonderful. The starter ‘Hassun’, was so beautifully displayed that I couldn’t resist tweeting a picture along with the caption “can I adopt kitchen theory”.

What followed the starter was a beautifully crafted dish named Mukozuke, I was never one to take my time with food as a child and in my adult years that hadn’t changed, but with each dish I began to learn the value of eating slowly and savouring the taste. The dishes all had artistic elements and as you can see from the picture below is the display and imagery helped to enhance the mind, which in turn, made the dishes all that bit more enjoyable. 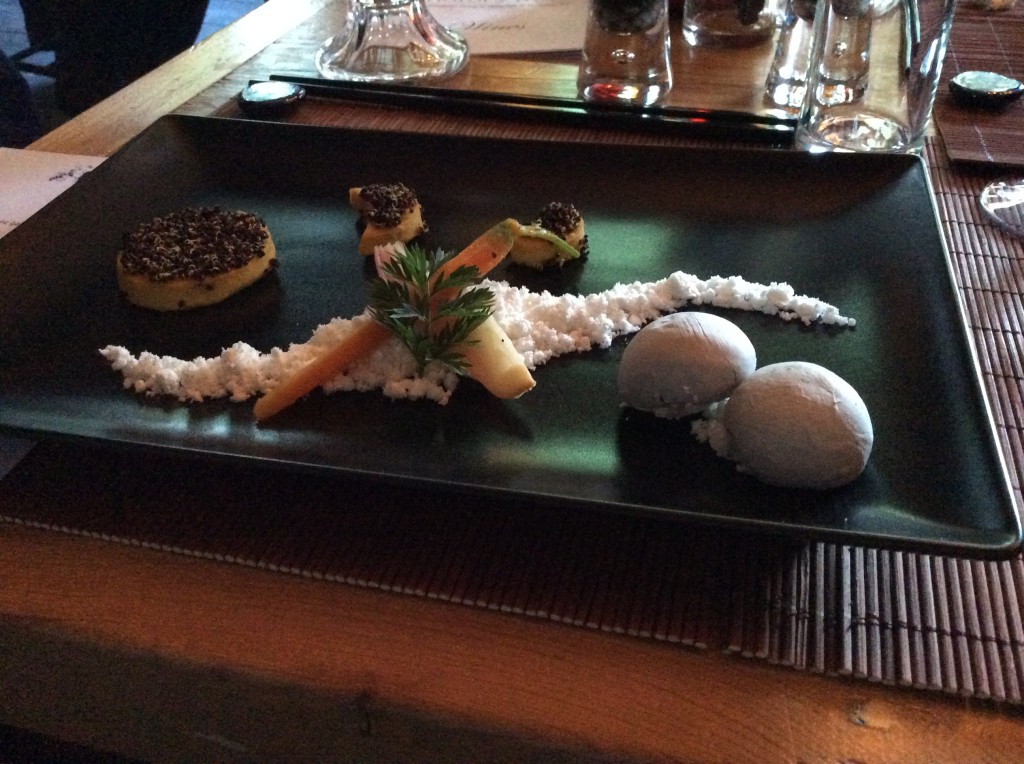 Throughout the evening there was nothing but happy smiles and positive energy, which in many restaurants is extremely hard to find. I’m a lover of the moment and as I said later on in the evening, I had spent 3 hours enjoying great food in a great environment and it was time well spent.

I was also very fortunate enough to meet the amazing man behind Kitchen Theory and he is nothing short of a true gentleman, Mr Jozef Youseff, with a magnificent talent for identifying new ways to understand the importance of great dining. Taking a partner or a spouse to Kitchen Theory will not only result in your partner having an amazing evening but most importantly you will too.

Make sure you check out the next Kitchen Theory dates here and book: www.kitchen–theory.com 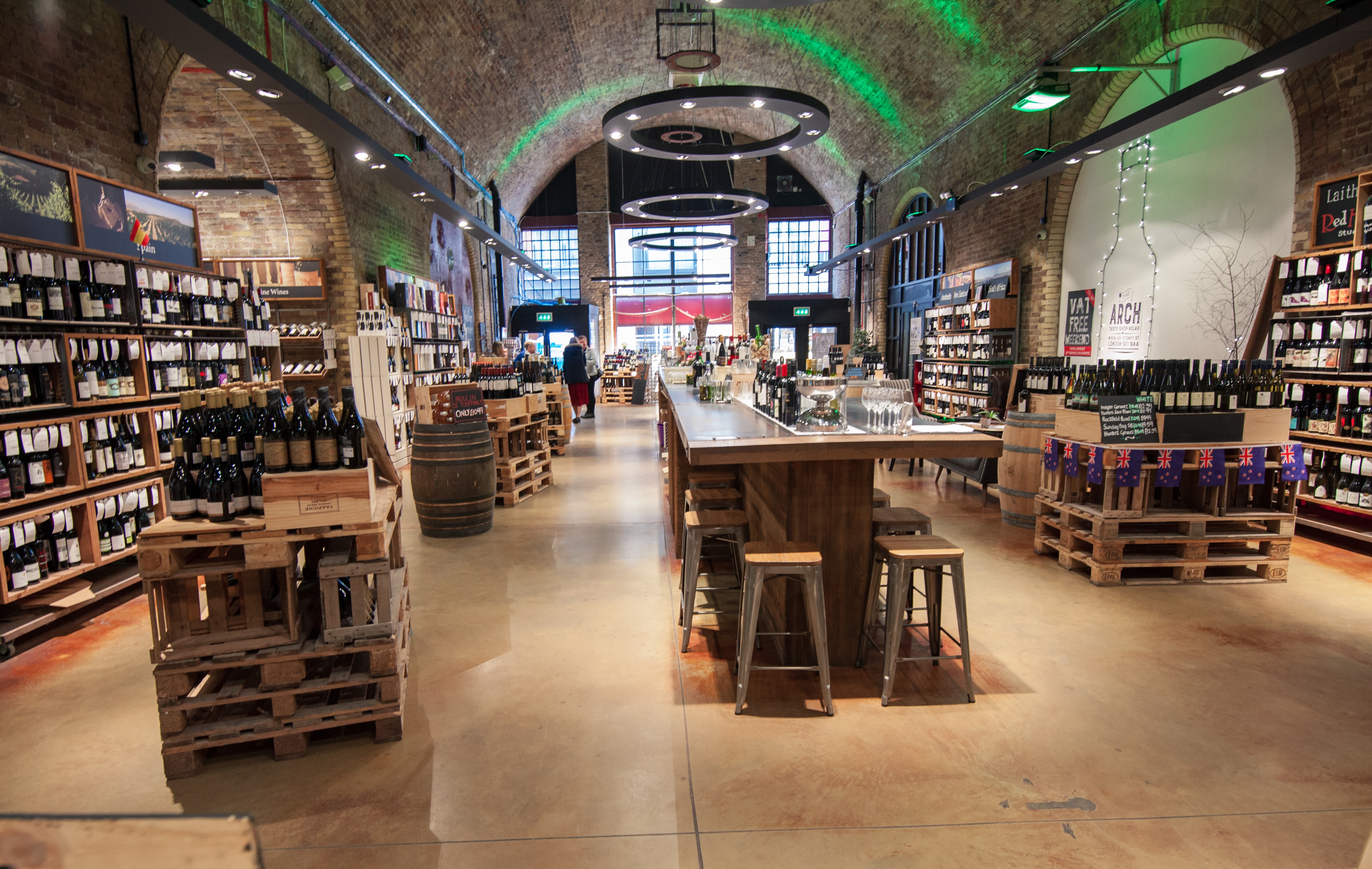