The EAST END FILM FESTIVAL (EEFF) returns to east London this summer for another epic run. Opening on Friday 13th June, the festival’s thirteenth edition will run for 13 days, closing on Wednesday 25th June. “There’s a recurring theme of the number 13 with this year’s festival which I’m expecting in this case will prove lucky for us,” says EEFF’s Director Alison Poltock. “Standing up against massive events like the World Cup, I’m determined to make this the best ever East End Film Festival – a proper coming-of-age celebration as EEFF enters its teenage years.”

Committed to working with the best, cutting edge, emerging talent with a focus on first- and second-time filmmakers, EEFF is celebrated for its independence and always has an eye on the future of independent film. This year, EEFF has taken this independence one step further: 2014 is EEFF’s first year as a not-for-profit Community Interest Company. This seismic change means EEFF can remain accessible, non-hierarchical, and responsive: able to take the reigns to champion the films EEFF really believe in, to continue this annual collective celebration of culture through cinema. A true coming-of-age! 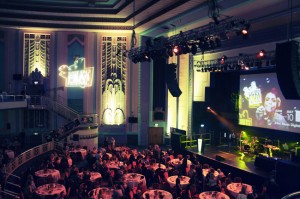 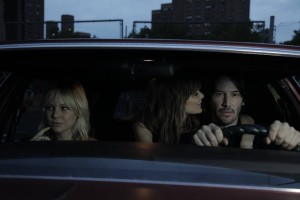 With the world focused on football and the World Cup, EEFF scores with YOU AND THE NIGHT (dir: Yann Gonzalez, France). This surreal cinematic orgy features Eric Cantona and Béatrice Dalle, accompanied by a brilliant soundtrack by French electronic band M83. EEFF is thrilled to welcome lead actor and football legend Eric Cantona. Maintaining the football theme is the beautiful THE SECOND GAME (dir: Corneliu Porumboiu, Romania) in which a father and son watch on television a snow-hampered Romanian football match from 1988 – a significant game in which the father was referee and which here offers moving commentary on the beautiful game.

In 2011, the EEFF presented a focus on contemporary Romanian cinema, while following the spectacular EEFF Best Feature award win for HALLEY at EEFF last year, 2014 will feature a special focus on new Mexican cinema. The EEFF’s main prize recognises first- and second-time filmmakers, with the winner invited back the following year as Director-In-Residence. Mexican filmmaker Sebastian Hoffman returns in 2014. He’s worked alongside EEFF to co-curate this year’s focus on the new wave in Mexican cinema, including SUMMUM BONNUM, the debut feature from Halley’s DOP Matais Penachino, CLUB SANDWICH (dir: Fernando Eimbcke, Mexico), which portrays a teenage holiday romance which strains the boy’s relationship with his mother. In WE ARE MARI PEPA (dir: Samuel Kishi, Mexico), another Mexican teenager fills his summer with writing rock music, finding a job, and having his first sexual experience – while his relationship with his grandma prompts an even bigger change.

As part of a special weekend of activity at East Village, the EEFF hosts a special outdoor screening of CHEF (dir: Jon Favreau, USA). Co-starring Robert Downey Jr., Scarlett Johansson, Sofía Vergara, Dustin Hoffman and John Leguizamo, Jon Favreau’s stellar comedy is the story of a failed LA chef who opens a food truck in a bid to reclaim his success.

In GREYHAWK (dir: Guy Pitt, UK) a disillusioned army veteran hunts for his lost guide dog in an east London council estate, encountering a succession of oddball characters. A powerful first feature from a BAFTA winner, LEAVE TO REMAIN (dir: Bruce Goodison, UK) takes acclaimed actor Toby Jones, a young ensemble cast, and a soundtrack by Alt-J to tell the tale of three Afghan teenagers forced to move to the UK as refugees. The first live action feature from Romanian animator Anca Damian, A VERY UNSETTLED SUMMER (dir: Anca Damian, Sweden/UK/Romania/Czech Republic) blurs the lines between fiction and reality in the tale of a British writer in Bucharest. 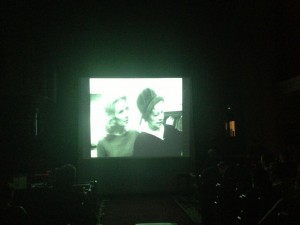 Now in its thirteenth year, EEFF comes of age with a celebration of teen-focused world cinema including the London Premiere of CLASS ENEMY (dir: Rok Bicek, Slovenia), in which students blame a new teacher for the suicide of a classmate, throwing their school into turmoil; WHITE SHADOW (dir: Noaz Deshe, Tanzania/Germany/Italy), the story of a young Albino on the run from witch doctors who want to use his organs for their potions; and METALHEAD (dir: Ragnar Bragason, Iceland), a powerful melodrama about a heavy metal fanatic who performs before the cows on her family farm while dreaming of escape. TONIGHT AND THE PEOPLE (dir: Neil Beloufa, France) is a visually rich youth drama filmed on the backlot of an LA soap opera. Based on a story by James Franco, PALO ALTO (dir: Gia Coppola, USA) focuses on a shy and sensitive class virgin torn between an unrequited crush and an illicit flirtation. A major coup for the festival is Alejandro Jodorowsky’s extraordinary recounting of his own life THE DANCE OF REALITY (dir: Alejandro Jodorowsky, Chile). The EEFF hopes to welcome the infamous director to London for the festival screening.

Returning in 2014 will be the EEFF’s industry sessions, MIND THE GAP, digital lab EMERGE, youth festival CUTTING EAST, in addition to a host of cross-platform music and arts events. In MISTAKEN FOR STRANGERS (dir: Tom Berninger, USA), Tom Berninger chronicles his time as a roadie for The National, the rock & roll band fronted by his brother Matt. The festival will be announcing a follow up release of its line up of host music related screenings and cross platform performances on 13th May, when Festival tickets go on sale.