Love and Money at Network Theatre 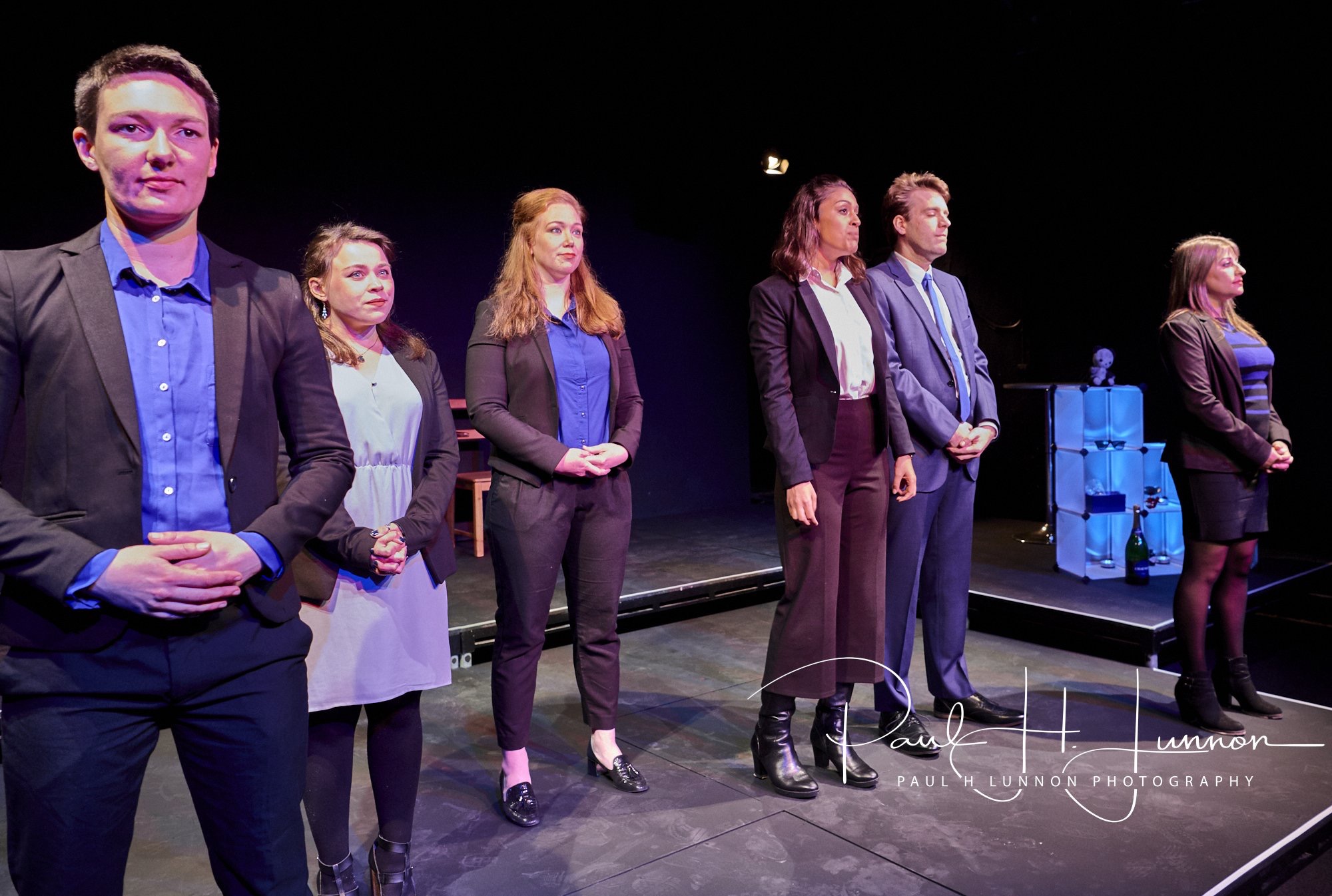 Love and Money, written by Dennis Kelly (Utopia, Pulling), is a powerful and often funny play centring on greed, materialism, money, and love. The narrative follows the build-up and aftermath of a tragedy that has shaped each character’s lives in very differing ways. The characters are equally, but very differently, flawed and are well rounded. Their unique, and severe, responses to the tragedy present the complex and all-consuming nature of grief.

We open on David (Oli Robinson) as he tries to romance a French business conquest by email. Throughout the exchange he is coaxed into reluctantly discussing his wife Jess’ death, and her crippling debts which led to it. Starting out comedic, this narrative takes a very dark turn as David reveals increasingly shocking details about his role within her death.

The deft tonal juggling act throughout is nicely judged, as are the characters whose grief we explore. Kelly presents seemingly normal, successful, middle class characters – before delving into their depravity, desperation, and base human instincts which lie (barely) beneath the surface. Rooting the narrative in their shared grief adds gravity to some of the lighter moments.

We see the bizarre grief from Jess’s parents, which manifests in violent rage over a fellow mourner’s ostentatious gravestone for his wife. Their extreme actions in taking a sledge hammer to this to somehow try to out-grieve him, coupled with their matter-of-fact delivery, brings an enjoyable absurdity.

The dialogue is excellent, at times reminiscent of Pinter with how repetition is used to build tension and humour. The comedy works particularly well in a scene where David is interviewed by his ex-girlfriend (Freya Lund) for a job he feels is beneath him. I would have liked the physicality of this scene to have been developed further which could have heightened the humour and pathos.

Rachael Harrison is excellent throughout as Jess, delicately presenting her vulnerability and the subtlety of her fragile emotional spectrum. The non-linear narrative shows Jess at times of hope and happiness, which helps prevent the tone from ever becoming too relentlessly dark or repetitive. In a moving and uplifting finale, we see Jess hopeful about her marriage as she flits between topics from handbag shopping to the solar system with infectious enthusiasm.

Love and Loss is well written with a strong ensemble cast who deliver interesting and believably damaged characters. The show plays at Waterloo’s Network Theatre until this Saturday. I’d recommend getting tickets if you can.