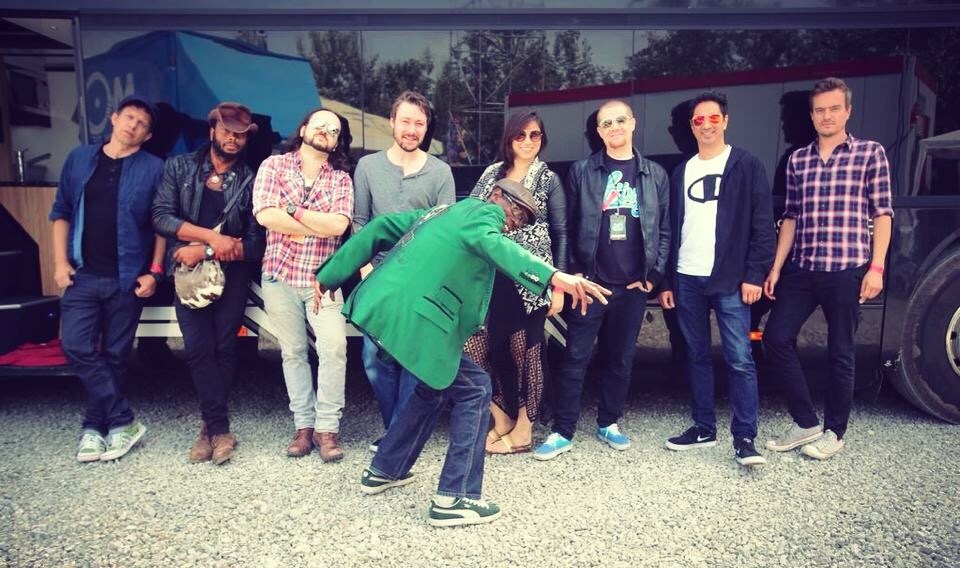 Maxi Jazz and his amazing, fearsome new live band the E-Type Boys have announced a very special mini tour across the UK, Scotland and into Europe this November and December 2015.

Frontman, Buddhist rapper Maxi Jazz remains one third of the most successful electronic acts in the world. To date Faithless have sold over 15 million records worldwide, toured the globe and been dubbed responsible for the creation of a whole new sonic landscape for Dance Music. The first to mix dance, hip-hop, blues, folk and classical music – a dramatic bed for the thoughtful lyricist.

In 2013 on a hiatus from Faithless with no plan or agenda Maxi got back into the studio and armed with nothing but a guitar and his notebook began to write. Influenced by everything from Todd Rundgren to Sly Stone, from James Brown to JJ Cale, from Jimi Hendrix to Parliament as well, of course as the ‘Golden Age’ of Reggae, a new sound emerged. Back to his roots, the sound incorporated melodic funk and blues mixed with reggae beats, dub baselines, Jamaican melodies, and smooth insightful, penetrating lyrics from the most iconic wordsmiths of our generation.

Lyrically poetic and playful the music distinguishes more than ever his great love of the human spirit. Enlisting the help of some of his favourite musicians whose paths he’d crossed having spent 20 years in the business an exciting, powerful live.

How to man-manage your lawyer

We mingled with the Singles