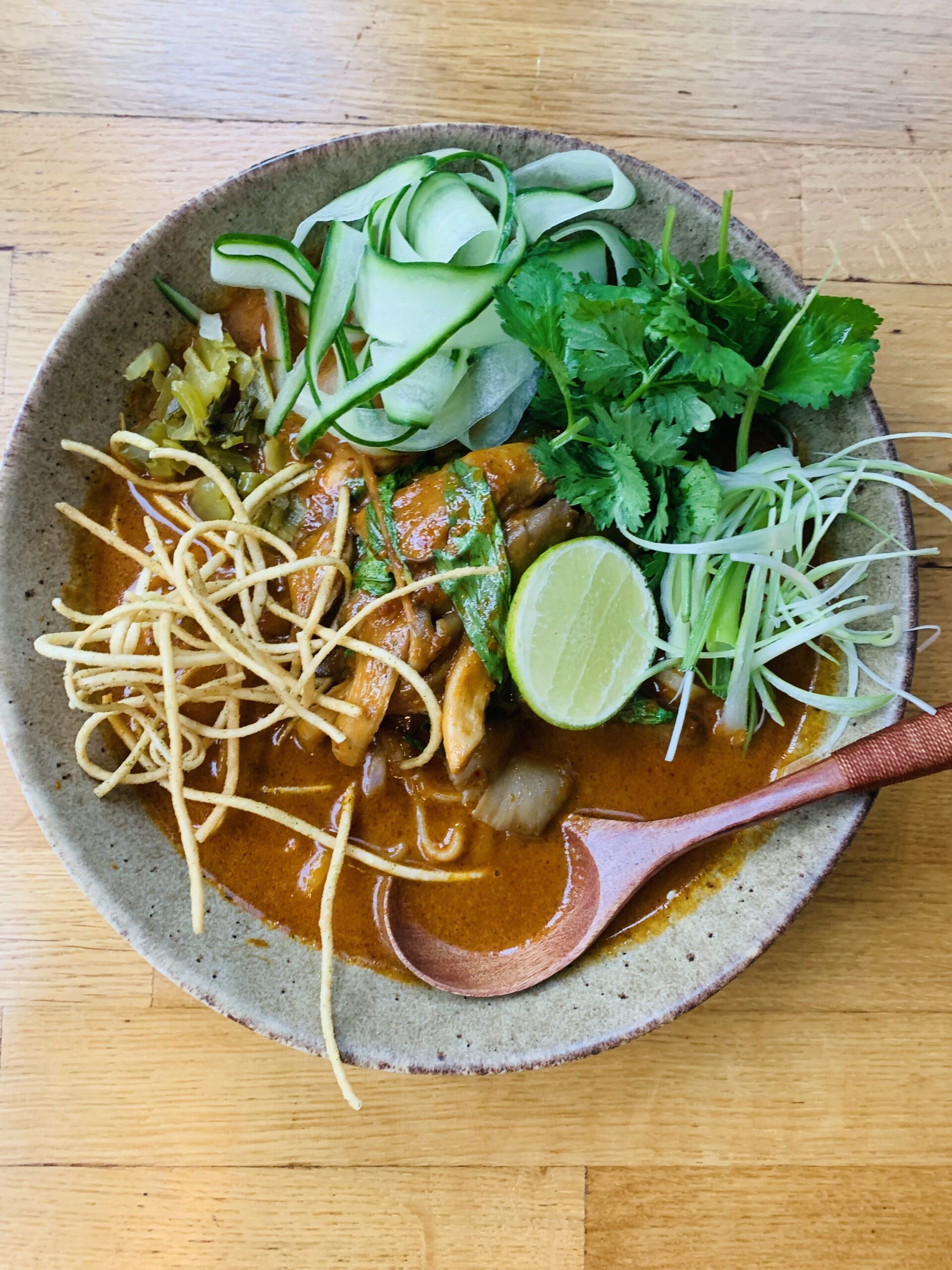 If you’re not a vegan, you might be reluctant to spend hard-earned cash on a dinner out at a restaurant with a plant-based menu.

But stick with us on this one, because Alter LDN isn’t your average vegan joint – in fact, we are confident that you won’t even miss meat or dairy products while dining here. 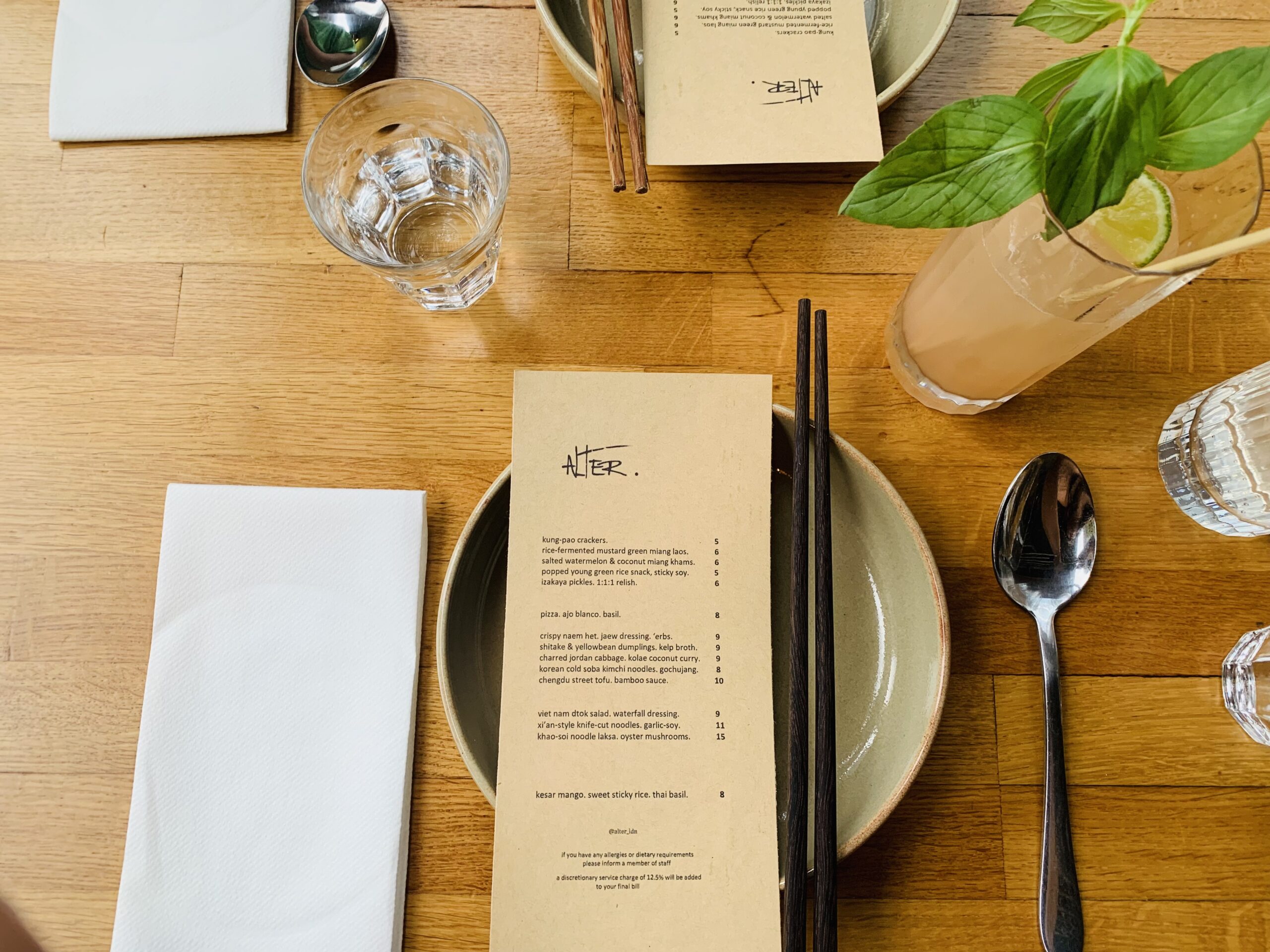 We visited the site in Aldgate East last month. Hidden away inside Leman Locke hotel, this small but intimate venue will delight and surprise on every turn and reopened on 3 August after an unfortunate ceiling cave-in. Don’t worry, it’s all fixed now.

The interior is actually one of the first things you’ll notice; enter through the hotel and walk up the curved metal staircase, spotting touches of mustard yellow, the open kitchen and a look that is modern enough to appeal, but not so luxurious that it’ll deter diners out for a casual meal. 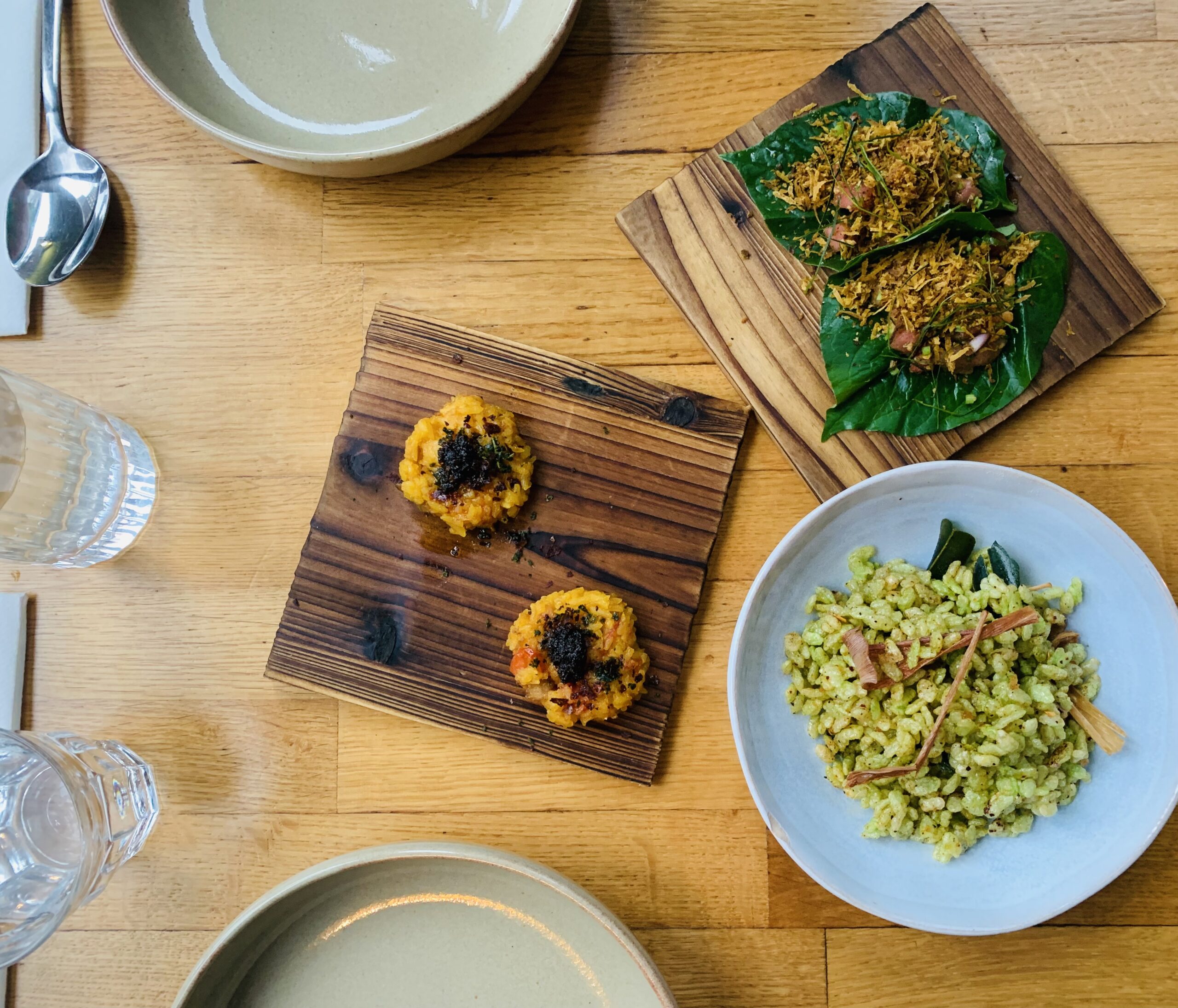 Up for an experiment, we ask the host – who was a highlight of the night thanks to his friendly but not hovering service – to recommend a few dishes. The Asian fusion menu is small but don’t let that fool you, the chef has played with flavours that will tingle on your tongue long after the first bite.

The first course is meant to be shared among guests, so we recommend ordering at least three between two people. 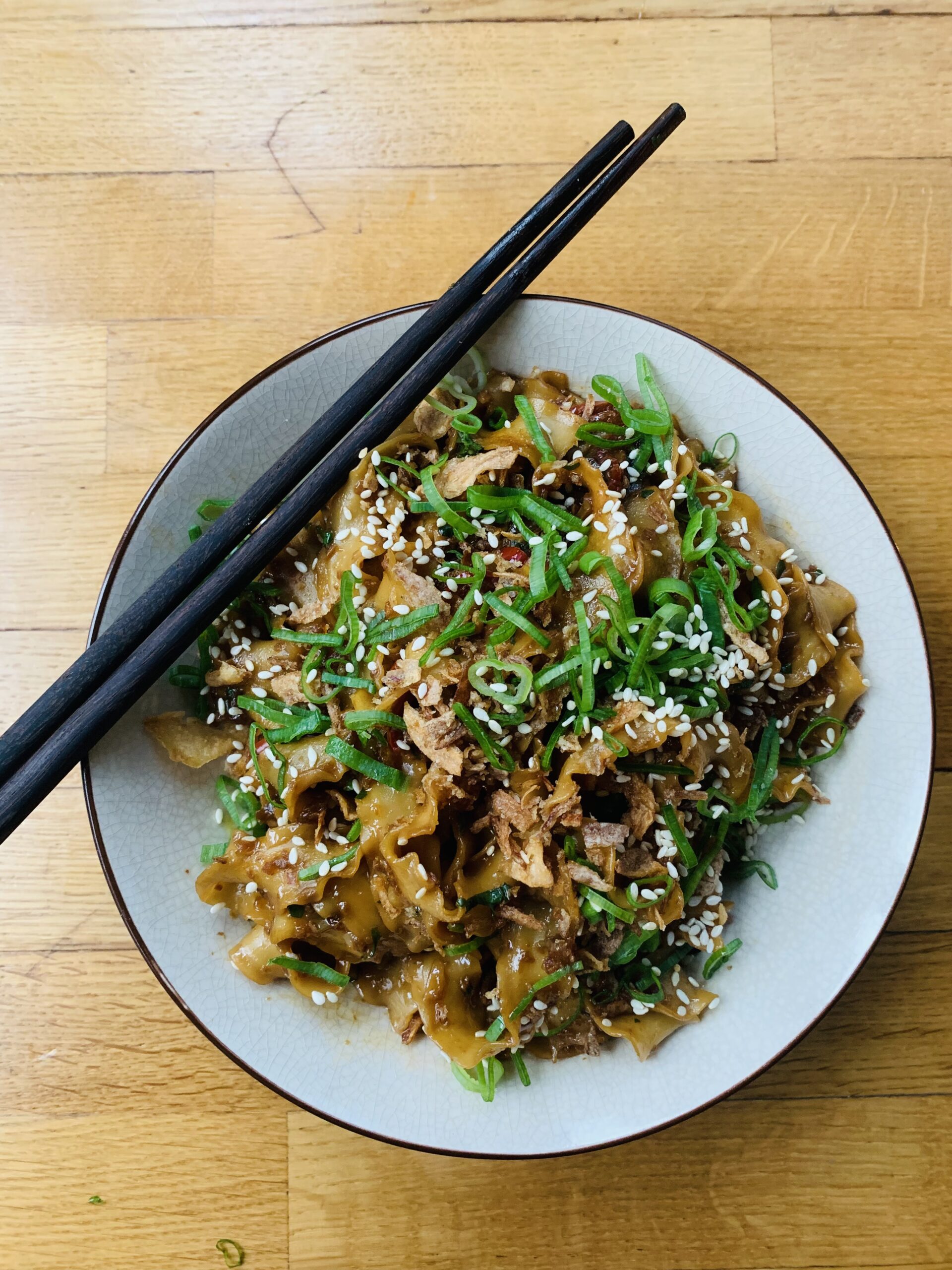 First, we sampled the Popped Young Green Rice Snack with sticky soy – it looks a little bit like a bowl of Rice Krispies, but with a spicy flavour and topped with dried lemongrass. It might sound unassuming but it was a favourite of the night, so much so we even considered asking for a second serving just to take home with us.

However, while it’s not an acquired taste, it is an acquired consistency (rice puffs aren’t for everyone). 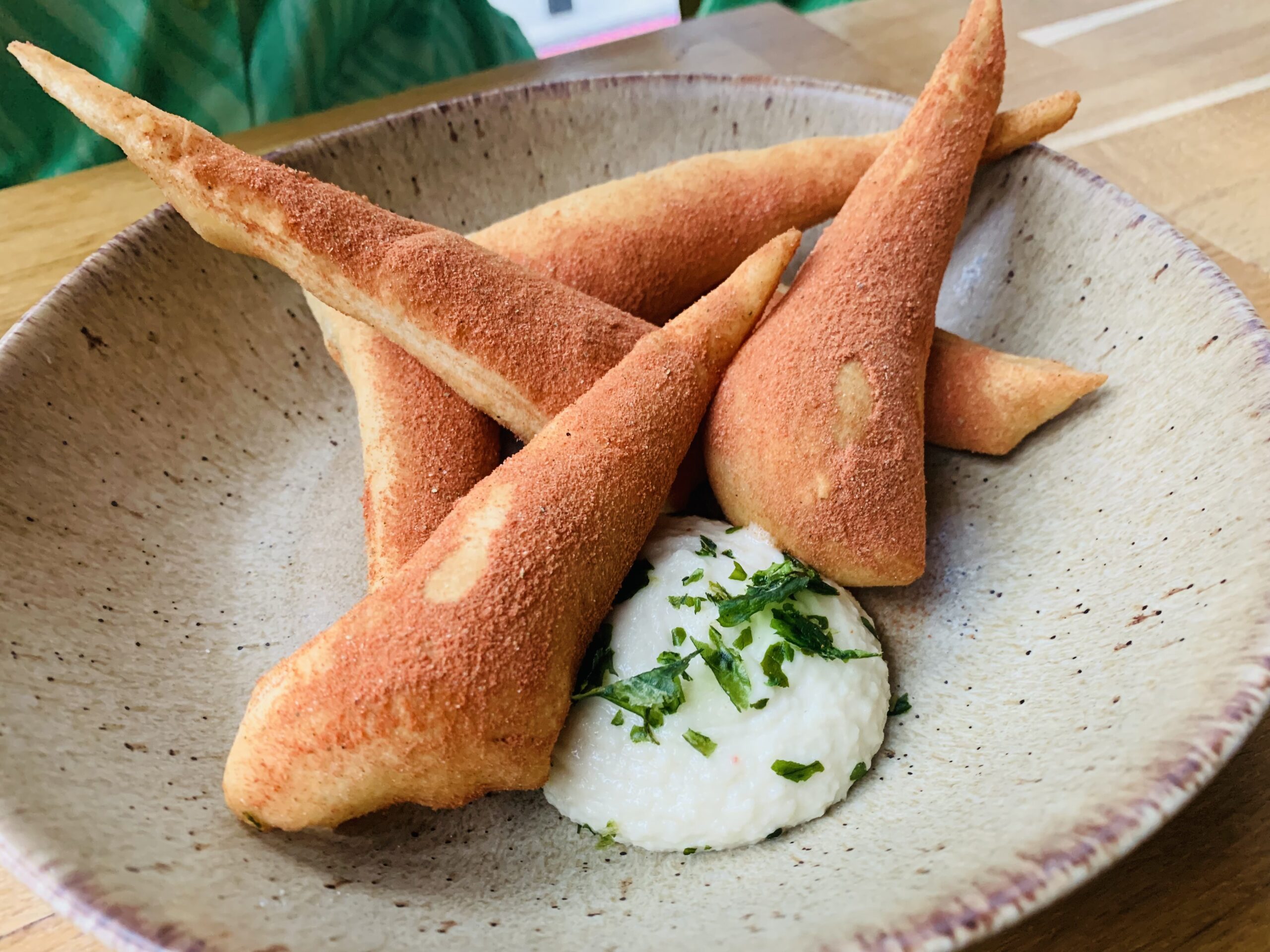 The Salted Watermelon with coconut miang khams was a delightful surprise, while the unexpected star player was the dish we had planned to skip but the server had insisted we try: freshly-baked Pizza Sticks with ajo blanco and basil.

Okay, it doesn’t sound very Asian/vegan fusion, and it stands out from the other options on the menu, but you can thank us later. A deconstructed pizza, the fluffy bread was sprinkled with a red, tomato-esque spice which, when mixed with the ajo blanco (which is actually a Spanish soup but in this instance a garlic-based dip) tasted downright orgasmic.

With the first course a hit, the second had a lot to live up to – and unfortunately, it didn’t quite hit the mark. We went for Shitake & Fermented Soy Dumplings, served in kelp broth (nice but not mindblowing) and Chengdu Street Tofu in bamboo sauce (this dish was a bit too heavy for our palates). The second course wasn’t bad but when you start a meal with incredible starters, it’s hard to keep going on the same level.

We’re happy to report that the chef turned it back around for the mains, with a serving of

The bowls were so big we weren’t able to finish – so portions are very generous and well-worth the prices of £11 and £16, respectively. The only thing we missed on the noodles was a dash of lime to cut through the fragrant soy but it was otherwise heavenly.

As for drinks, choose between a selection of inventive cocktails with an Asian twist, such as Yuzu Sake Negroni, Tokyo Manhattan or Phuket List. We were thrilled to discover that there are also great non-alcoholic choices, such as pilsner and ale, or three different seltzers (the yuzu flavour was a hit).

All in all, Alter LDN delivered.

We didn’t notice the lack of animal-derived products and if we can somehow replicate this type of vegan food at home, it’s very likely we give up meat altogether…

How to use your Manager’s jargon against him