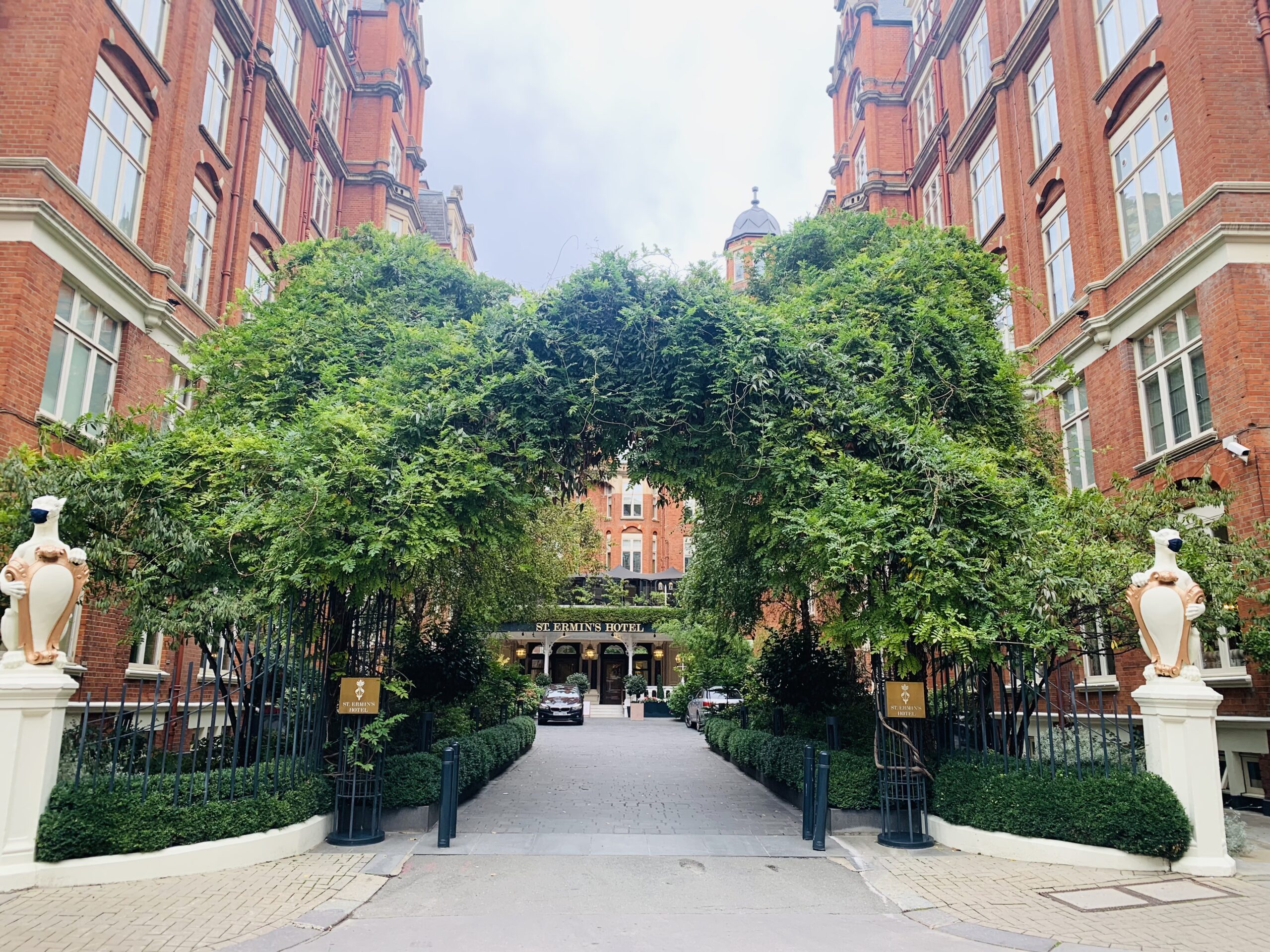 If travelling abroad feels too risky but you still want to treat yourself to a spot of luxury, it’s time to embrace the British city escape.

And what better city to explore than the capital?

Slowly but surely, London is returning to its pre-lockdown glory and the hotel industry, which was brought to its knees at the start of 2020, is bustling once again.

One such venue is St Ermin’s, a four-star hotel with a history that gives it a unique edge. 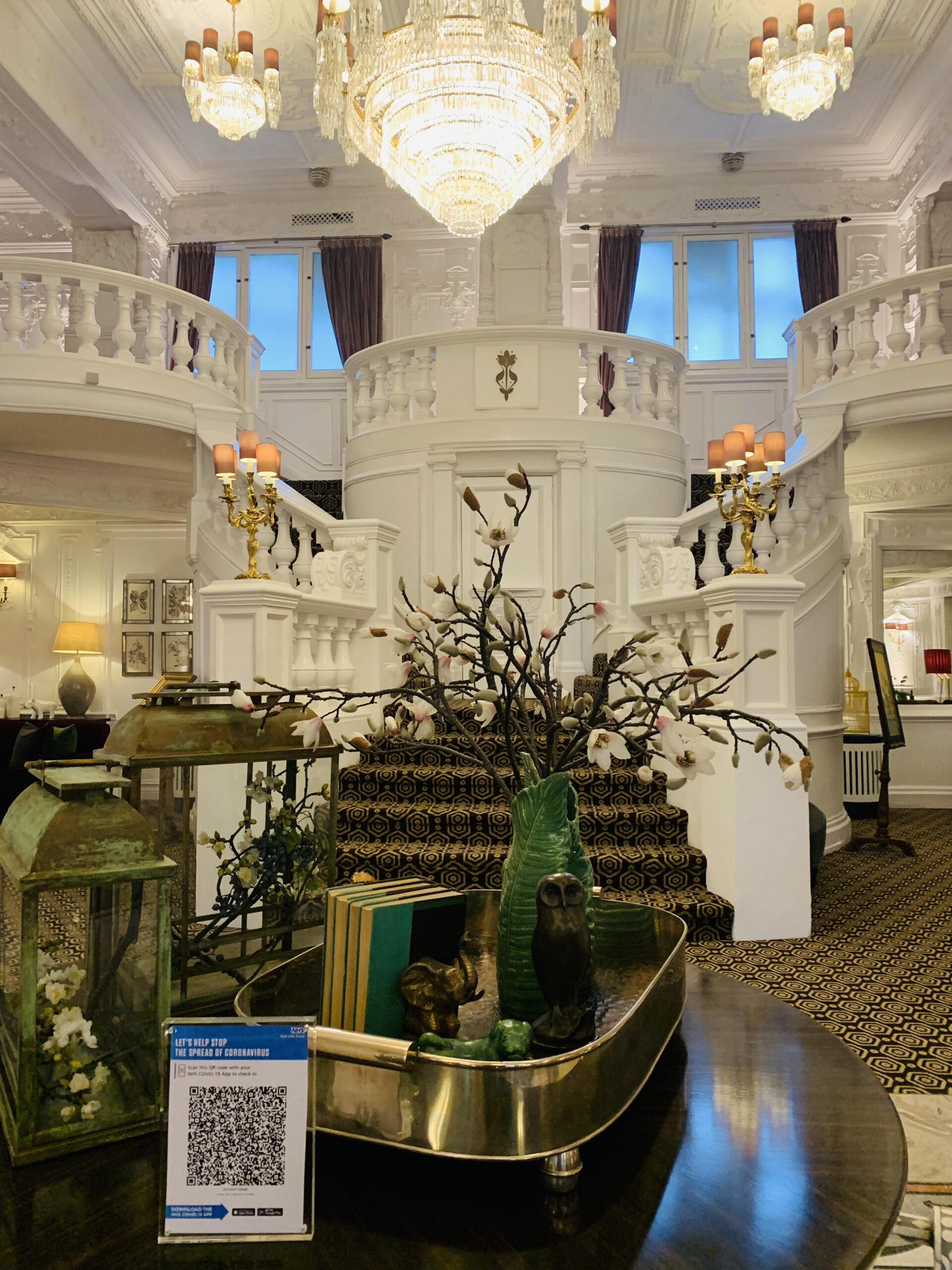 Hidden away on Caxton Street, a stone’s throw from Buckingham Palace, it’s built on the site of a 15th century chapel and has ties to World War II.

In 1940, an entire floor of the hotel was used as headquarters for Special Operations Executive – a unit that would carry out covert operations at the order of then prime minister Winston Churchill. 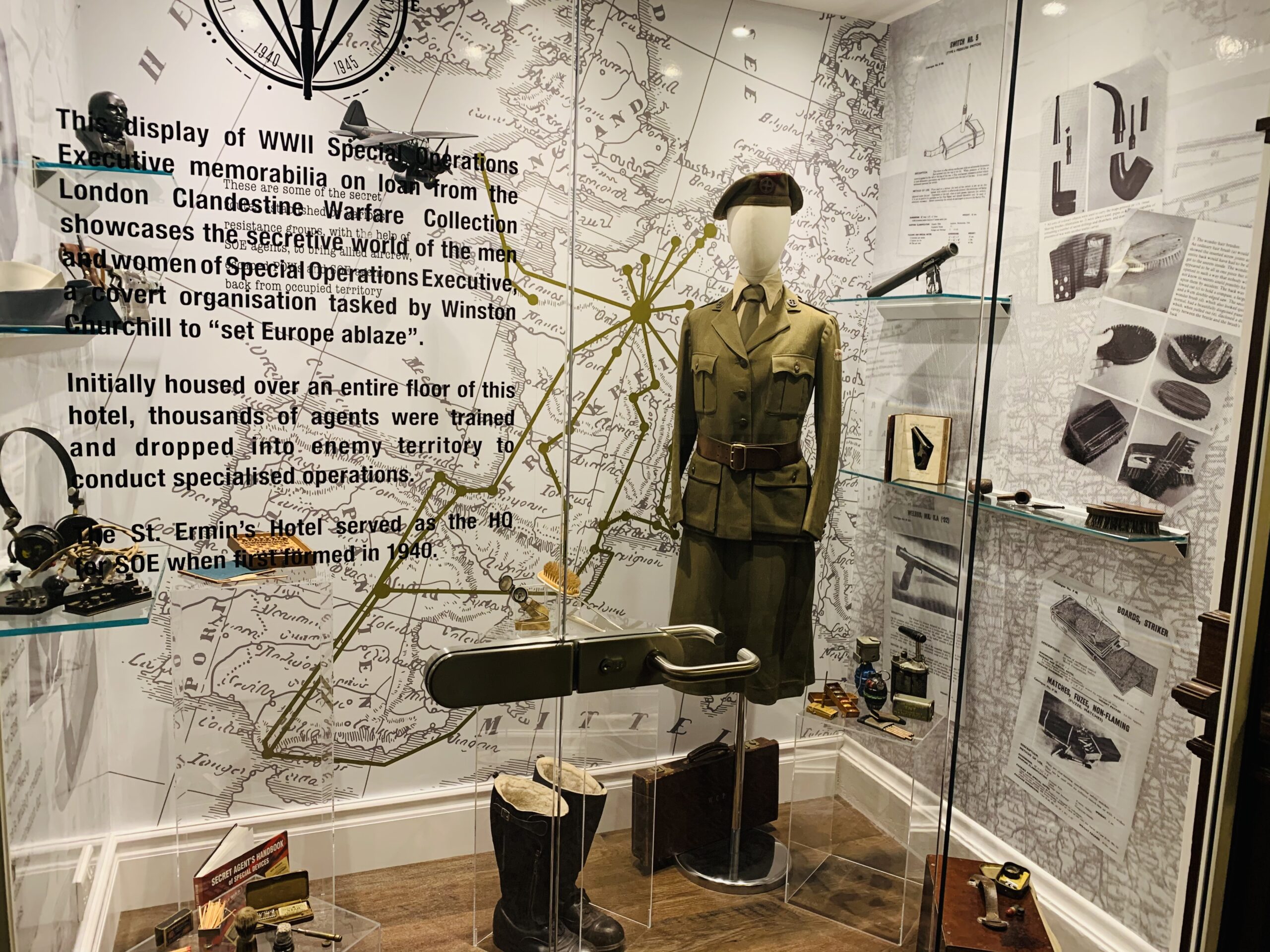 Perhaps most mesmerising is the rumoured secret tunnel that is said to run from under the grand staircase in the lobby, all the way to the houses of Westminster…

Onin.London visited St Ermin’s a few months ago, when it was operating on minimum capacity – due to a large chunk of regular bookings coming from the US, with the UK closing its borders for leisure travel.

But this historic gem has returned with a boom.

The first thing you’ll notice is the understated luxury and beauty, with the aforementioned staircase taking pride of place and serving as the centre point. 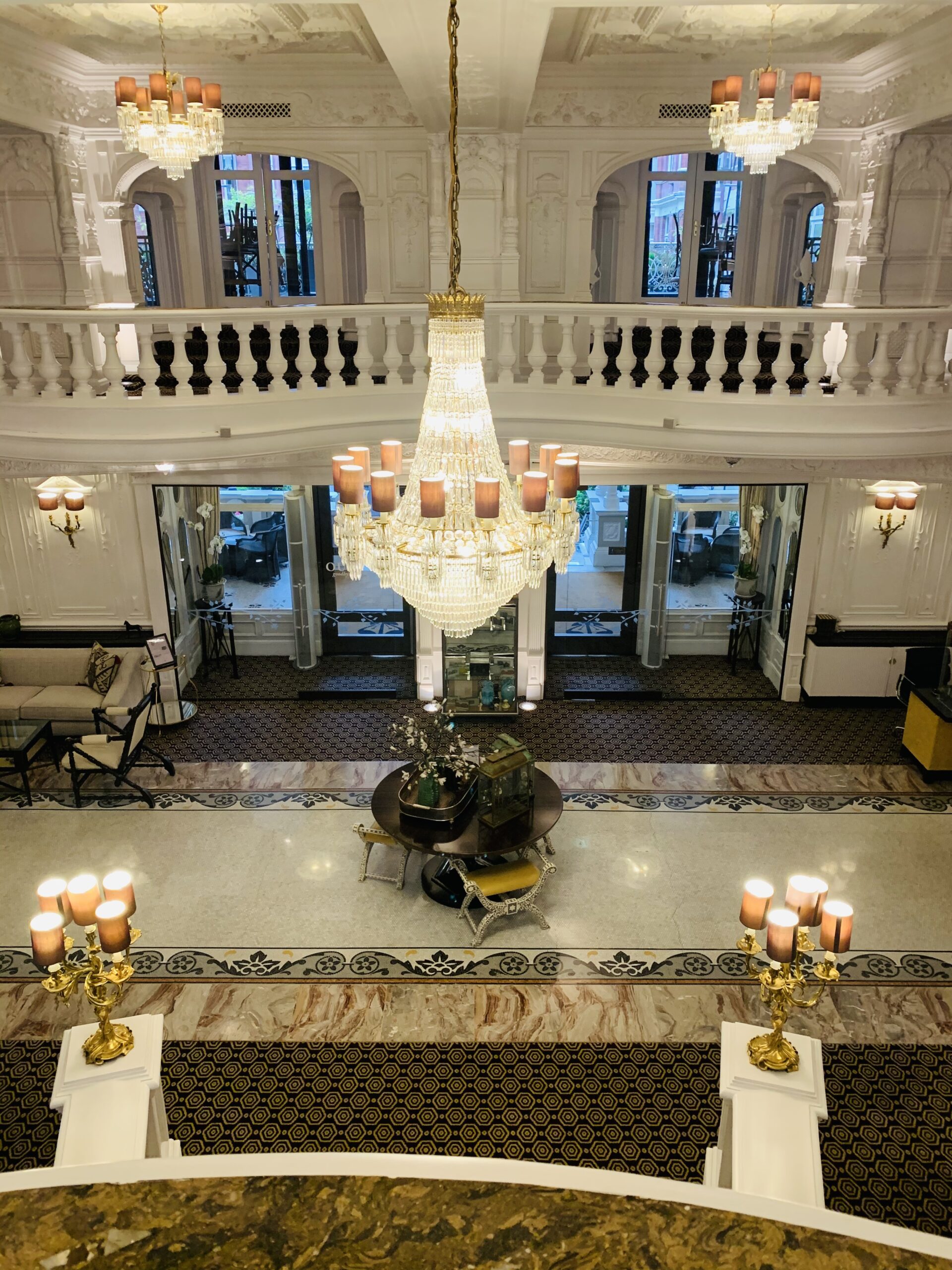 St Ermin’s is the perfect choice for travellers who like traditional design, with the interior of the mansion blocks dreamt up by Victorian theatre designer J.P Briggs. So if you’re after a contemporary or industrial feel, go elsewhere.

Let’s start with the best part of our entire stay… the bathroom. Yes, it sounds odd but let us explain. 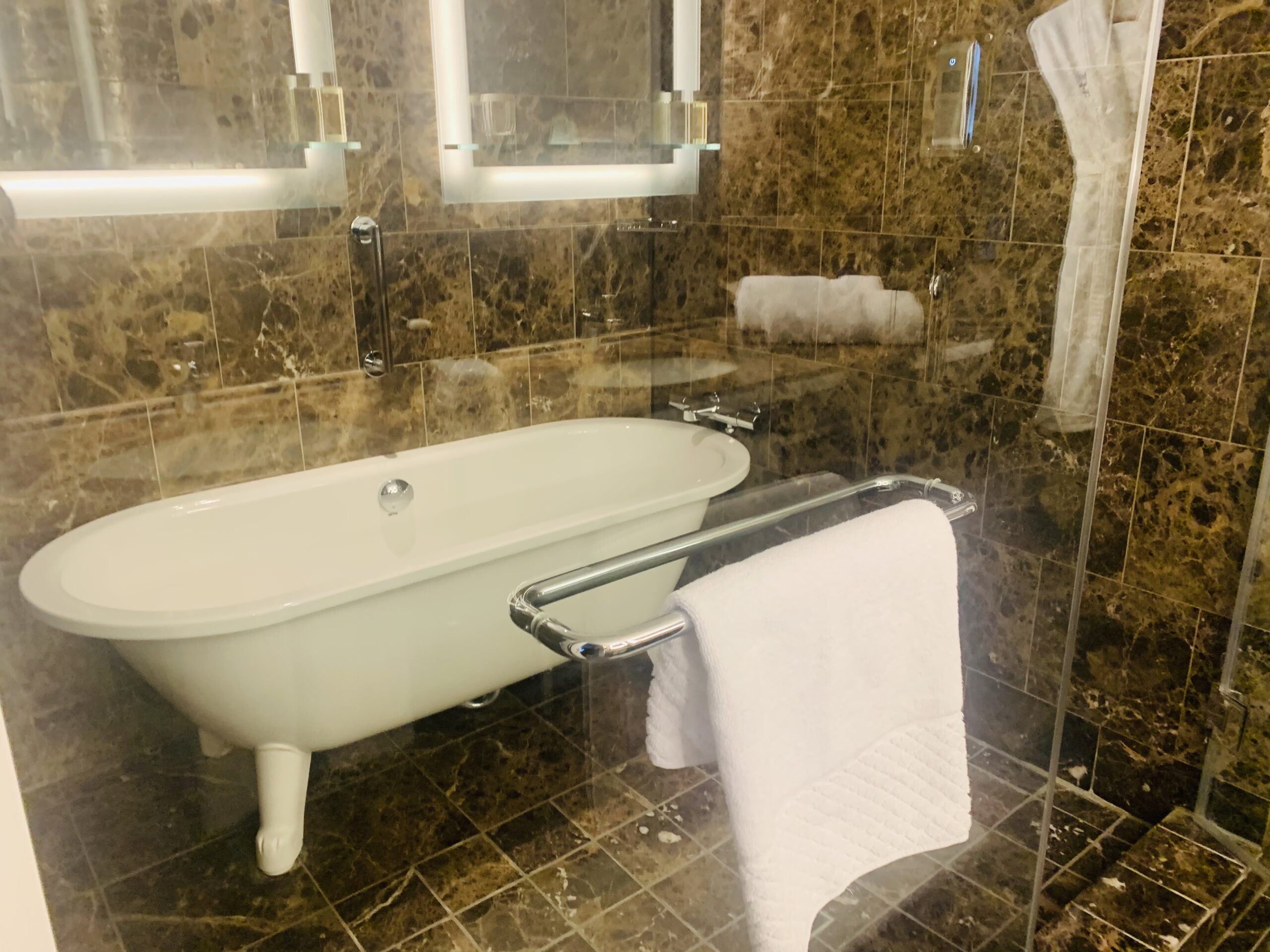 A four-star hotel is always going to be at the very least a decent stay (St Ermin’s was far more than that) so the devil is in the details.

We stayed in a suite, which included a ‘living room’ area and a dining table that would comfortably fit 4-6 people, a separate room for the huge bed and a grand bathroom which contained three-rooms-in-one, covered in dark marble to give the space a moody feel.

The pièce de résistance is the shower room; step into this glass-encased space, with the heat operated through a touch-pad monitor and either take a shower or get into the free-standing tub for a bubbly soak with a glass of champagne.

It’s pretty well-insulated so you can’t hear a squeak from the outside world and that’s exactly what a great hotel room should offer – the chance to slip away. 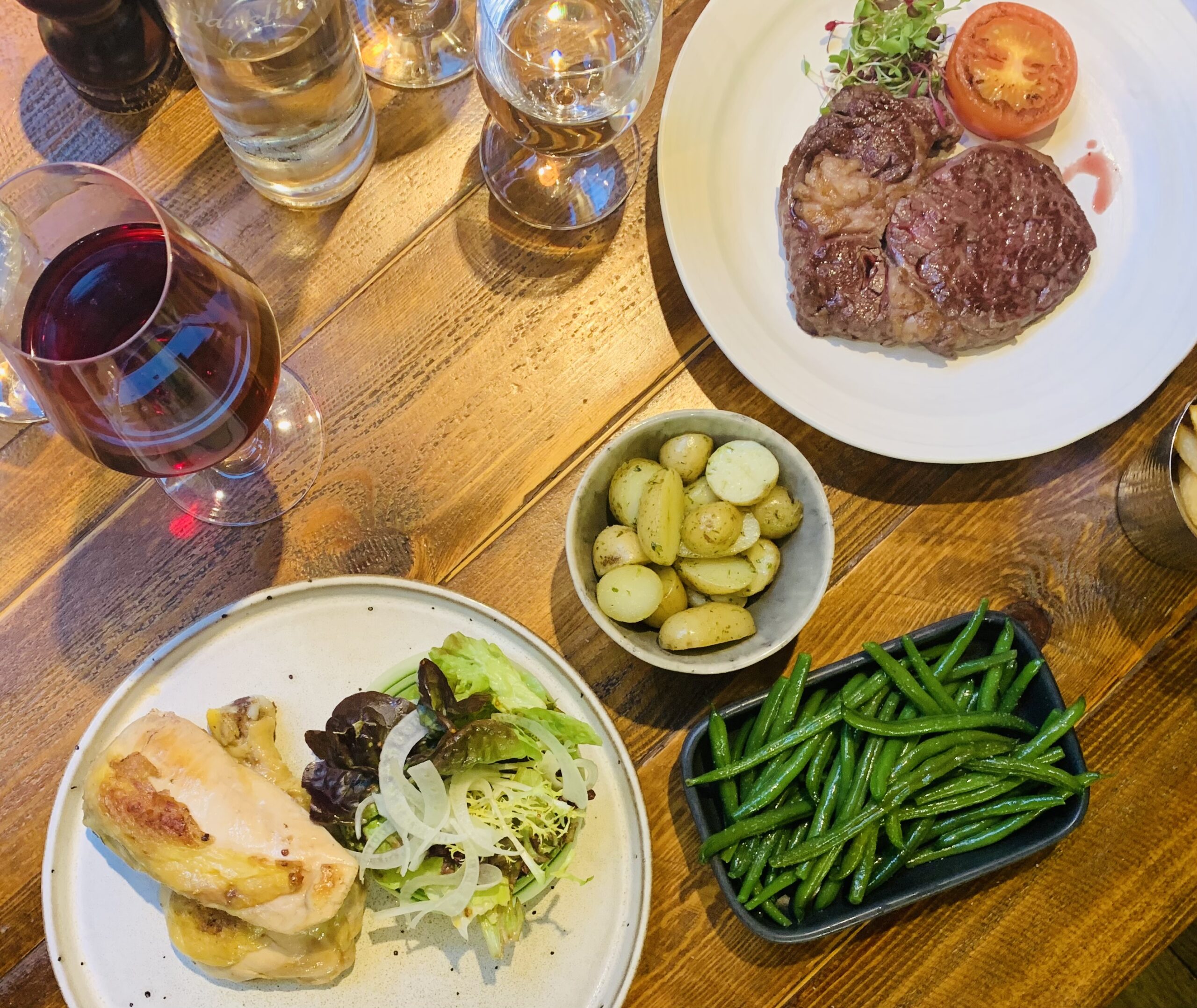 The food was pretty great too.

You’ll dine at Caxton Grill, which has a fairly traditional menu for this type of joint; think seasonal ingredients, European inspiration and classics like steak, pork belly, triple-cooked chips.

They’ve thrown in some snazzy starters and a fantastic chef to give the menu a lift from ‘pub grub’ to hotel dining, and it works. We weren’t blown away but we were satisfied, and the service was the cherry on top as the server was attentive but didn’t hover.

In the next room, you’ll find Caxton Bar, which actually stands apart from the rest of St Ermin’s and has a much more modern vibe with cosy armchairs and low lighting. Settle in for the evening with a digestif. 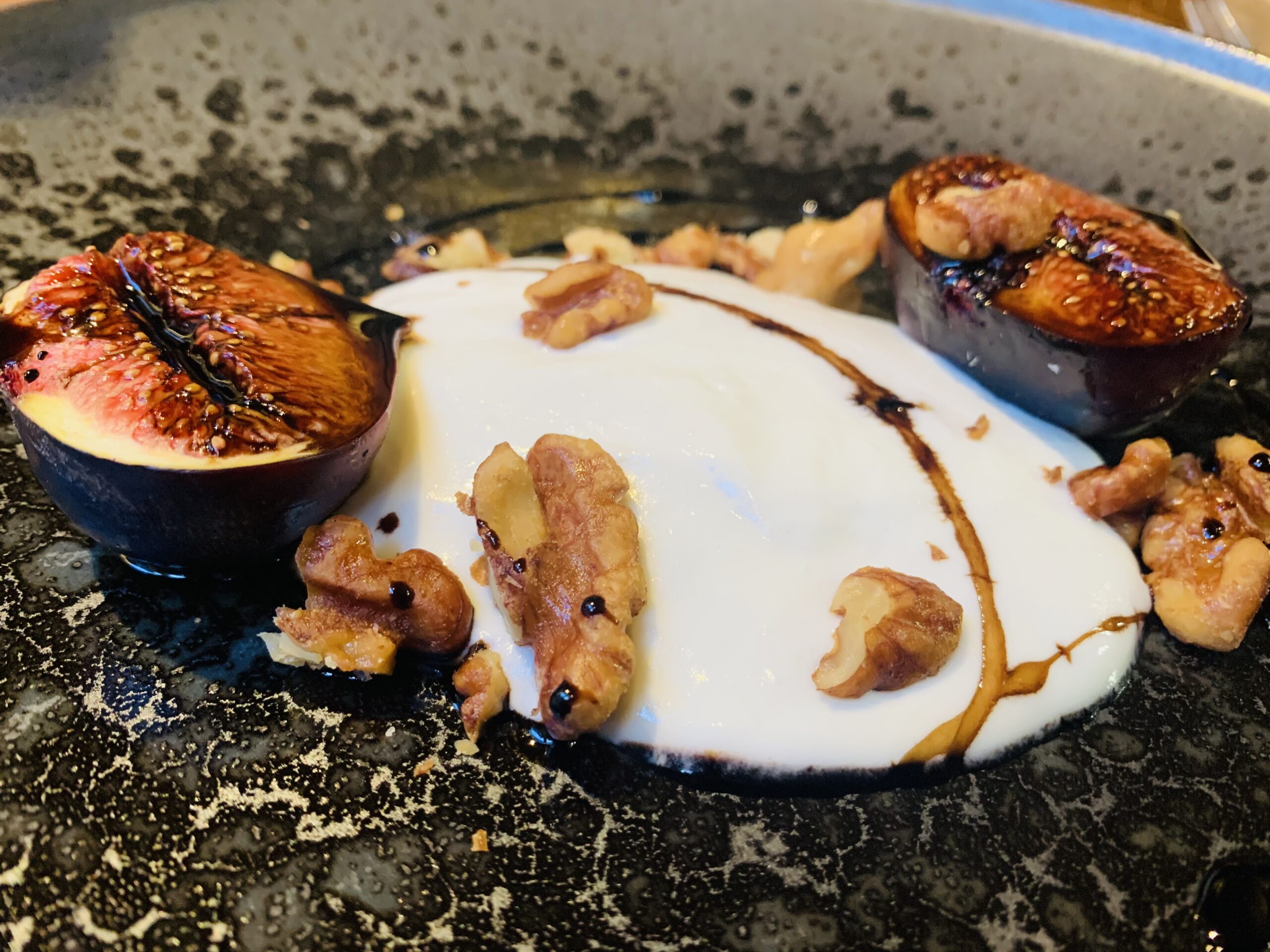 Other distinctive experiences of St Ermin’s includes the war room with paraphernalia from its rich history, such as a uniform, old pistol and even a strip of silk that was used to send coded messages (though this actually hangs in the lobby).

Upstairs, there’s also an adorable bee house worth a gander, as well as a fully-kitted 24-hour gym. 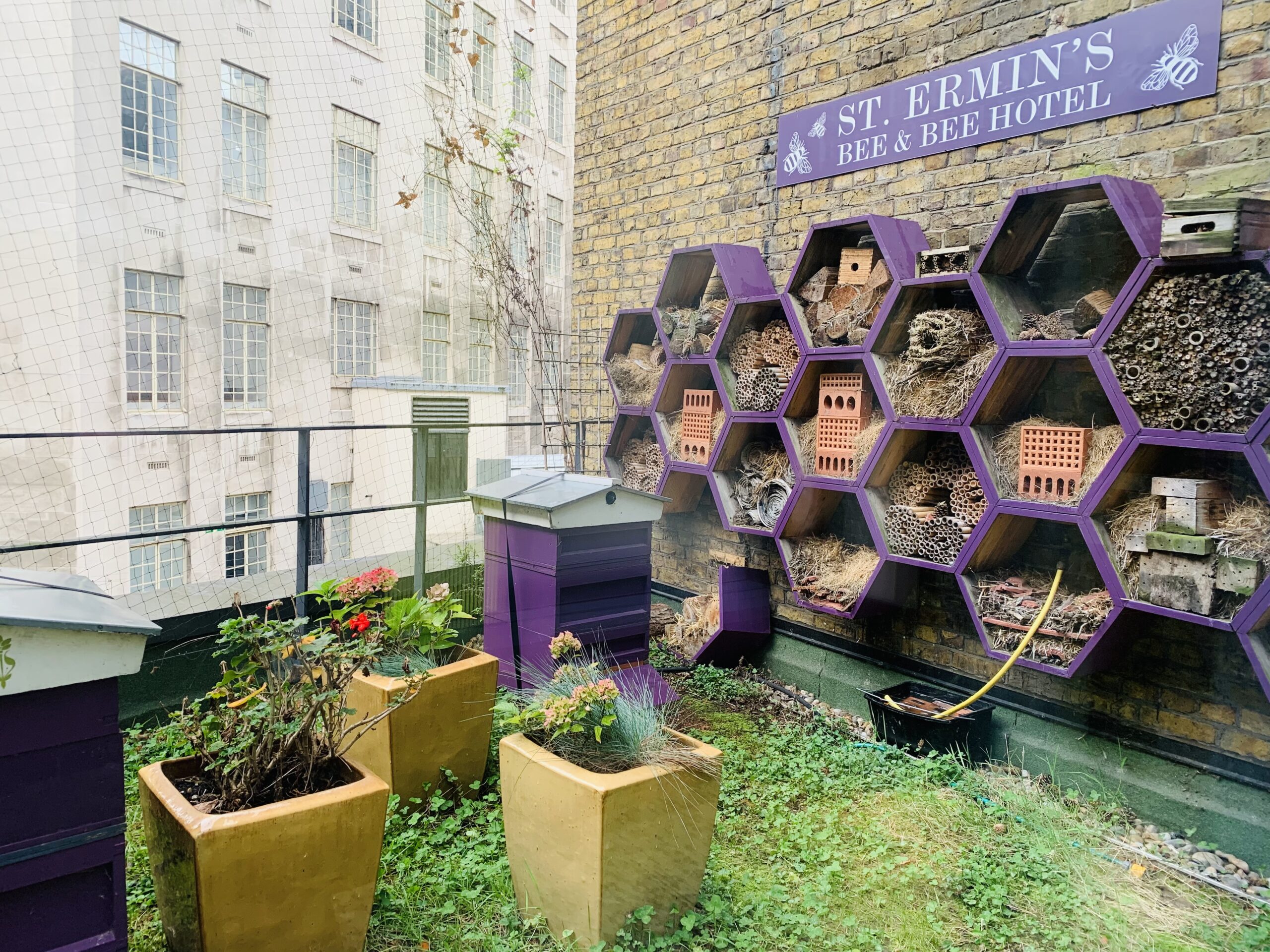 The only negative aspect of our stay was the bedroom door, which had a kink in it and saw us locked in – twice – and we had to call for hotel staff to come and let us out.

All in all, St Ermin’s is well-worth a visit, regardless of whether you live in London or are coming in from further afield. We went to bed with full bellies, had a fantastic night’s sleep in a plush bed and fell in love (again, with the bathroom).

And the location is superb – after all, if it’s good enough for Queen Elizabeth II…

Prices vary depending on room type but there is currently an offer dubbed ‘London Calling’ which offers a one-night-stay in a Superior Double Room for £279, including breakfast, a bottle of champagne and other treats.