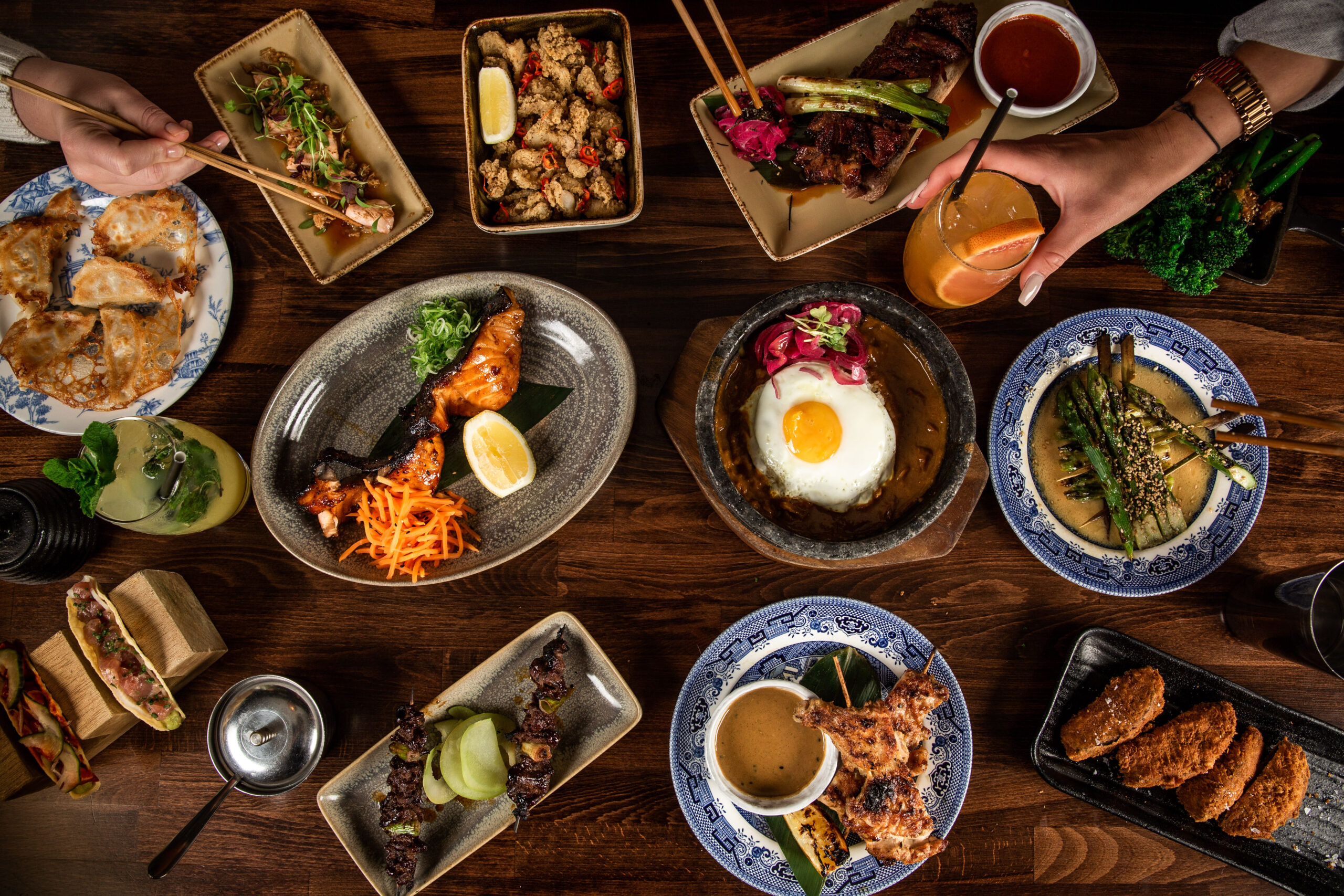 Heard of Bone Daddies? The chain, which first opened in Soho in 2012 is best known for one thing: ramen. The brand owes its success to its unique blend of rock ‘n’ roll vibes and perfecting the signature Japanese dish. It sounds a bit odd, but it works. Bone Daddies doesn’t play when it comes to ramen; the brand makes its own and prides itself on “being a community-based ramen bar that really does give a shit”.

So when they opened ShackFuyu, a pop-up which eventually turned into a permanent venue, the good folk of Soho expected nothing but the best. After all, they’re used to eating delicious food, what with 10 Greek Street, Blanchette and Chotto Matte around the corner.
Unlike its daddy – sorry, we had to – ShackFuyu is inspired by Japanese Yoshoku food, which is a Western-influenced cooking style gaining popularity in the country, and you might be surprised by what you encounter on the menu.

Here’s the kicker: there’s no ramen. Settle in, because things are about to get interesting…
As always, whenever we review a restaurant, we try to get in as much as possible (it’s a hard task but we do it for you, dear reader). For starters, we had a selection of small plates – which aren’t very small at all, and that’s always a nice surprise – including the Aubergine with miso and bubu arare (a traditional ingredient from Kyoto, think rice crackers), Korean Fried Wings with spicy sour sauce and Tenderstem Broccoli with wafu dressing and sesame seeds.

The Aubergine was lush and it’s all down to the salty and sweet richness of the miso, while the Korean Fried Wings were drenched in sauce. It’s messy but it’s so, so good. We couldn’t even finish the plate and the staff happily gave us a doggy bag, because there was no way we were leaving those wings.

It’s hard to make broccoli into an exciting dish but ShackFuyu chefs worked magic, because we devoured the plate. We also had some padron peppers thrown in for good measure, but unfortunately someone had been a bit too eager with the salt.

Still, so far, so good. On to the mains. There’s a lot to choose from, such as Bao Buns stuffed with chashu pork, teriyaki salmon or aubergine, ‘Sandos’ (aka a spin on a sandwich) filled with Iberico, rabbit, chicken or prawn katsu or raw tacos.
We actually settled on the more traditional mains, including the Beef Fillet Tail with yuzu kosho hollandaise, Yuzu Habanero Cod with daikon pickle (served in a leaf) and a bowl of hot stone rice, featuring a variety of vegetables like fried corn, carrots and mushrooms, as well as an egg yolk.

Let’s start with the beef. It was nice… but that’s about it. The meat was actually outshined by the sauce, which was divine, buttery with a kick.

The cod was very tasty but unfortunately the flavour was played down by the presentation. The aforementioned leaf was pretty but the fish stuck to it, making it difficult to eat. The winner was the hot stone rice, which we recommend you have regardless of what main you go with.

Finally, for dessert, we tried the raved-about Kinako French Toast with matcha ice cream, which was a hit-and-miss among our party. One of us really liked it, the other felt it was just a tad too sweet. Try for yourself and see what you think… either way, it’s worth taking a snap for the ‘Gram.

As for the environment, ShackFuyu has a relaxed and welcoming atmosphere, and the low lighting definitely gives it that ‘cool’ vibe. Unfortunately, however, the service leaves a little to be desired. It started out well but towards the end, we were left deflated as it appeared the team were overwhelmed, with us trying to get their attention on several occasions and failing (which isn’t ideal when your mouth is on fire from spicy ingredients and you’re desperate for a glass of water).

But, having worked in restaurants ourselves and knowing the challenge of running a busy shift, we’ll give them a pass this time. They were very smiley and friendly when we did get served, and that counts for a lot.
So, is ShackFuyu worthy of its joining the crème de la crème of restaurants in Soho? Yes, but only just. Perfect a few details though, and they’ll be there in no time.