When the RHS Chelsea Flower Show ran on the 24th – 28th of May 2016, restaurants around London offered special floral menus to honour the event. The Halkin in Belgravia was no different and their Michelin starred chefs created an afternoon tea that was absolutely heavenly. The Ametsa with Arzak Instruction at the Halkin, provided not your typical British High Tea with both savoury and sweet portions of food being influenced heavily by Spanish and Basque cuisine.

Upon arriving at the Halkin in Belgravia, it was easy to see that the hotel alludes class and sophistication, yet still appears warm and inviting. My friend and I were shown into the intimate bar and lounge where afternoon tea was to be served. We were a little early as food is not served until 2.30pm, so we waited patiently sipping the glass of Cava Castellvi de Rosanes (from Barcelona) which is included in the afternoon tea package. During this time our lovely waiter explained the afternoon tea menu to us and offered to help us select from the extensive list of Jing Teas available. 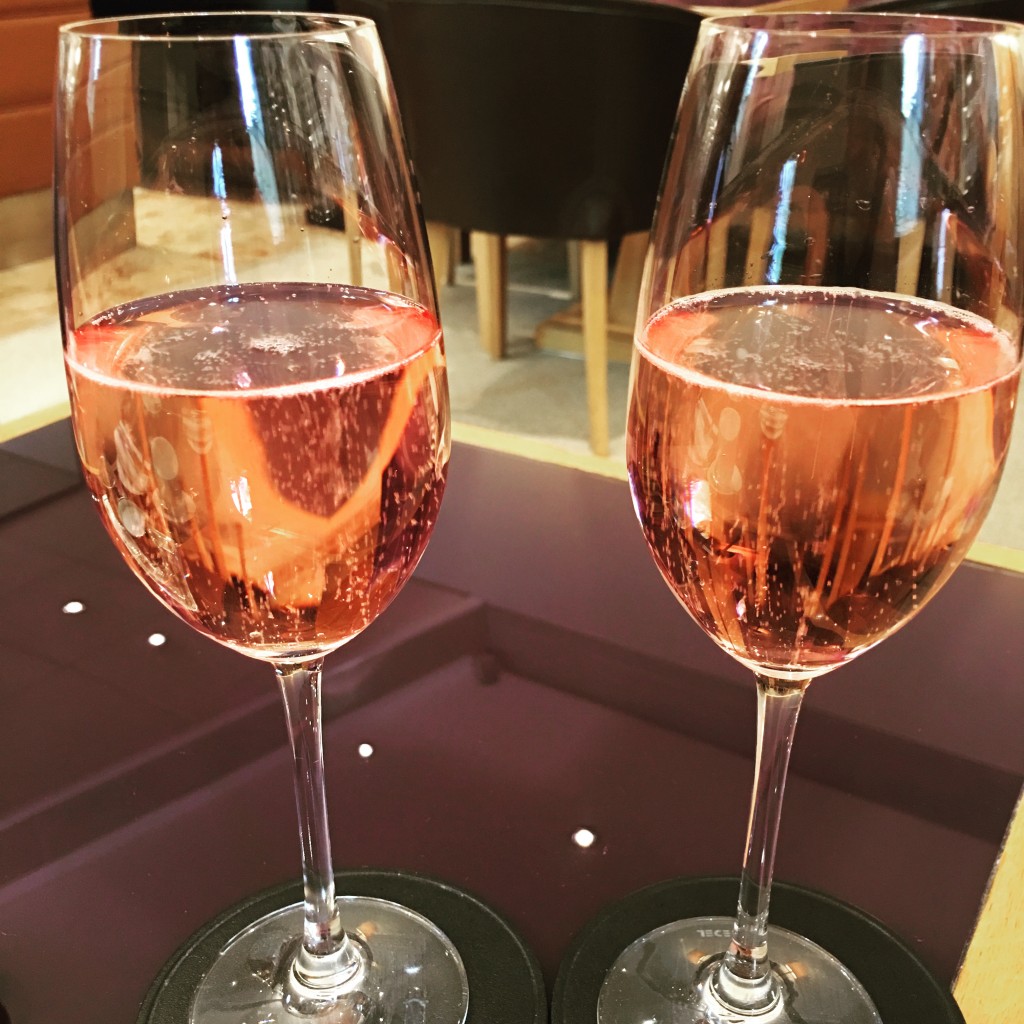 The savoury dishes of Pea and Mint Soup, Traditional Basque Skewer, Spider Crab Tempura, Iberico Ham and Manchego Cheese Pillows, Pork Croquettes and a Piquillo Peppers and Avocado Sandwich arrived first and were displayed immaculately. Edible flowers dusted the dishes, which added to make them even more elegant. After the first bite of the Piquillo Pepper and Avocado Sandwich, I was starting to see what the fuss about Michelin Starred chefs were all about. A chef who can make me eat a pepper and actually enjoy it, deserves those stars. The Iberico Ham and Manchego Cheese Pillows were to die for and the second the creamy gooey cheese filled pillow hit my tongue I was in heaven. 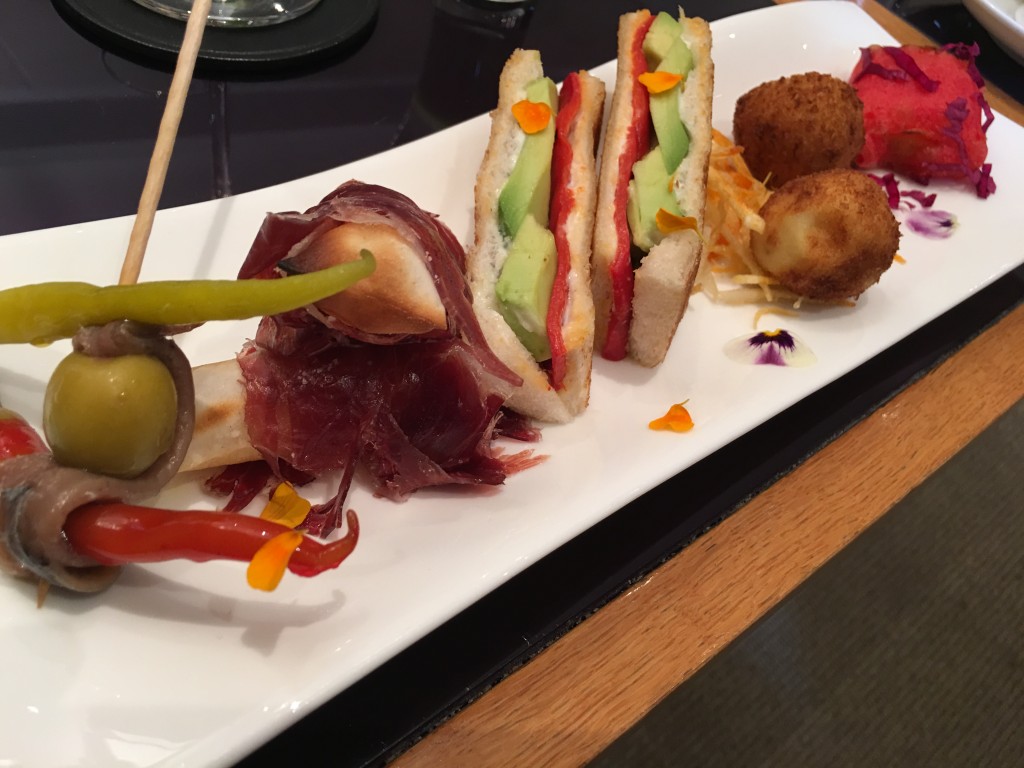 Next came the sweet dishes and these looked even better than the savoury. Lime Custard and Banana Tartlet, Charred Sweets, Elderflower Trifle, Catalan Cream with Cinnamon, Chocolate with Churros and Sangria and Passion Fruit with Lemon Sorbet. Being allergic to cinnamon, the Catalan Cream with Cinnamon was changed to an alternative dessert (French Toast). The waiter explained that the Charred Sweets was a delicacy which took 24 hours to make and consisted of a lengthy process. This is where I started to feel a little guilty as this was the only item I and my friend did not enjoy. It was quite bland and the texture of the soft substance inside the hard charcoal dusted shell was a little hard to digest. Maybe my palette is not defined enough to fully appreciate this creation and the flavours that develop from such a painstaking process. Thankfully, the rest of the sweet section of the afternoon went down a treat. The Elderflower Trifle and the Lime Custard and Banana Tartlet were just utter perfection. 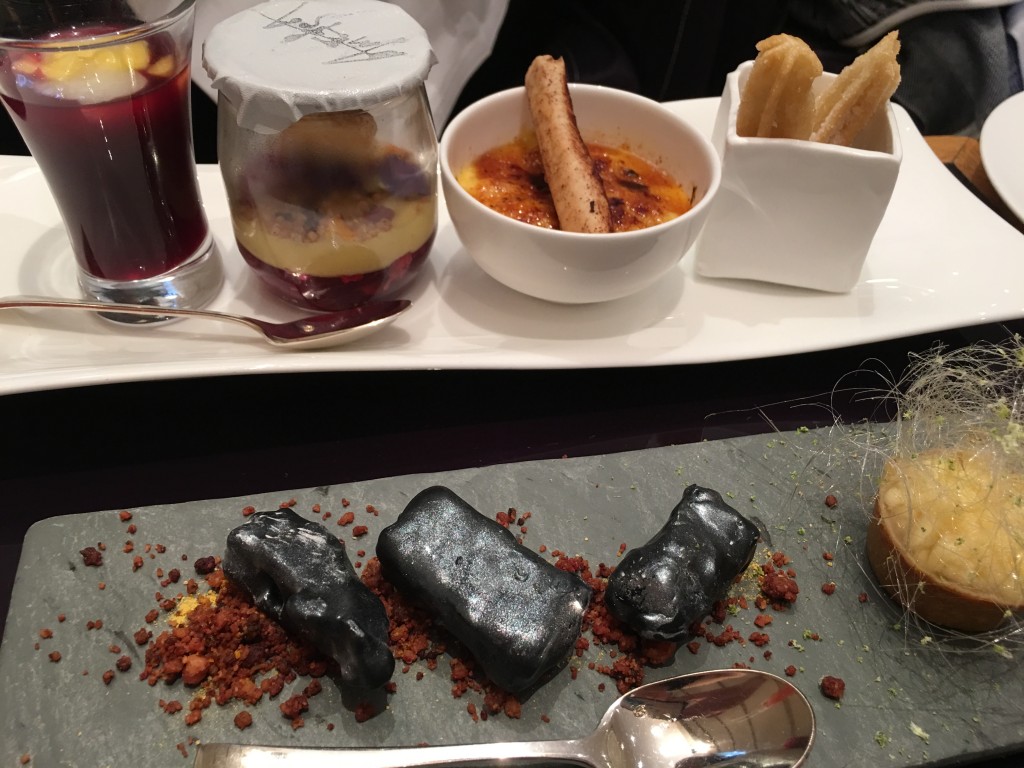 The Chelsea Bloom with gin, rose syrup, elderflower liquor, Angostura Bitter and soda and the Violet Martini with Gordons Gin, Violet Liquor and Lillet Blanc are available during the month of May. Diners can chose to indulge in one of these cocktails instead of the glass of Cava and I’d highly recommend doing this. Both drinks are absolutely gorgeous.

The Ametsa with Arzak Instruction afternoon tea is available every day between 2.30pm until 5:00pm, priced at £32 per person (£36 per person with a glass of cava or Chelsea Bloom or Hibiscus Martini).

The Halkin by COMO 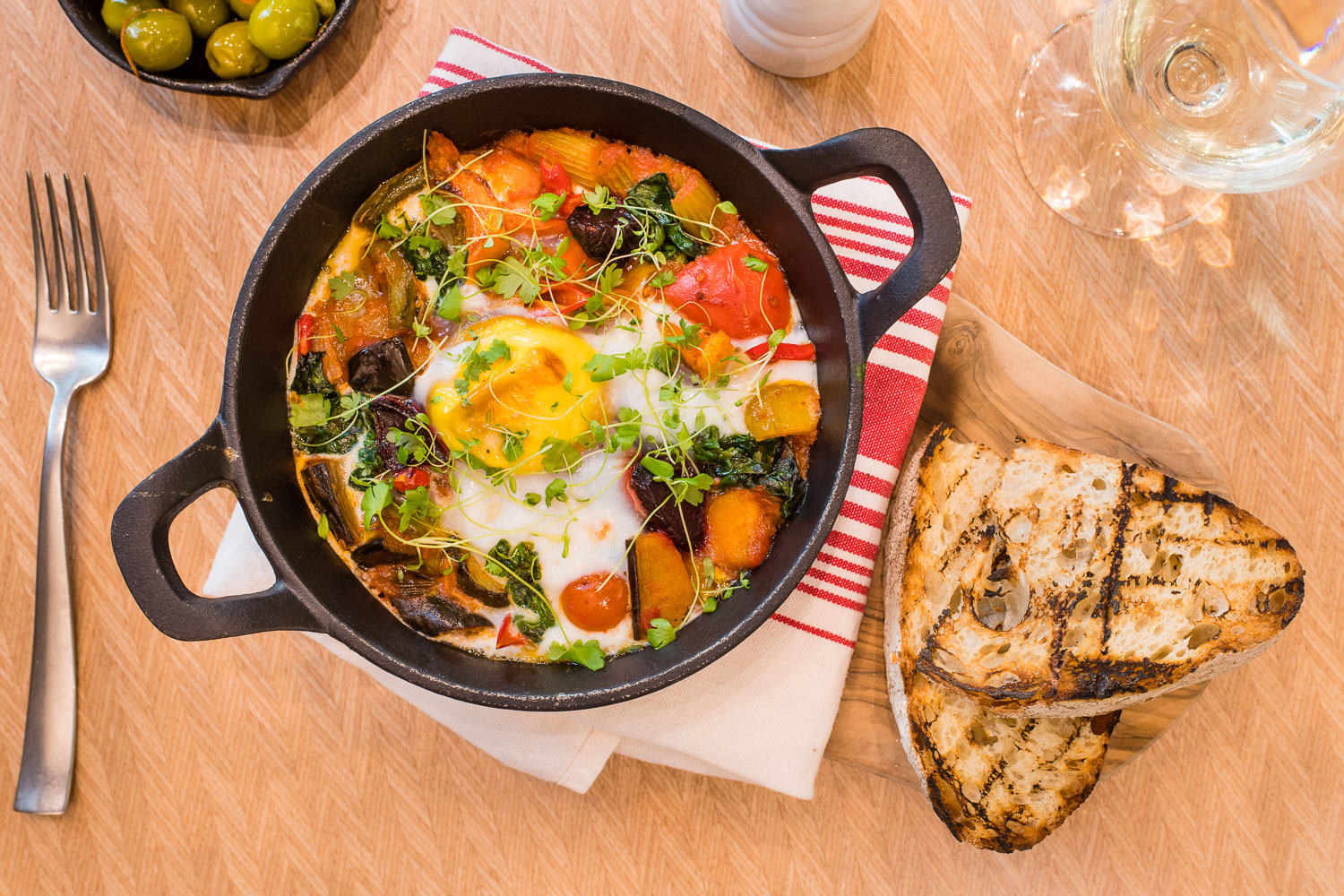