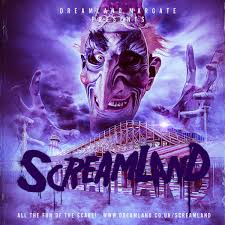 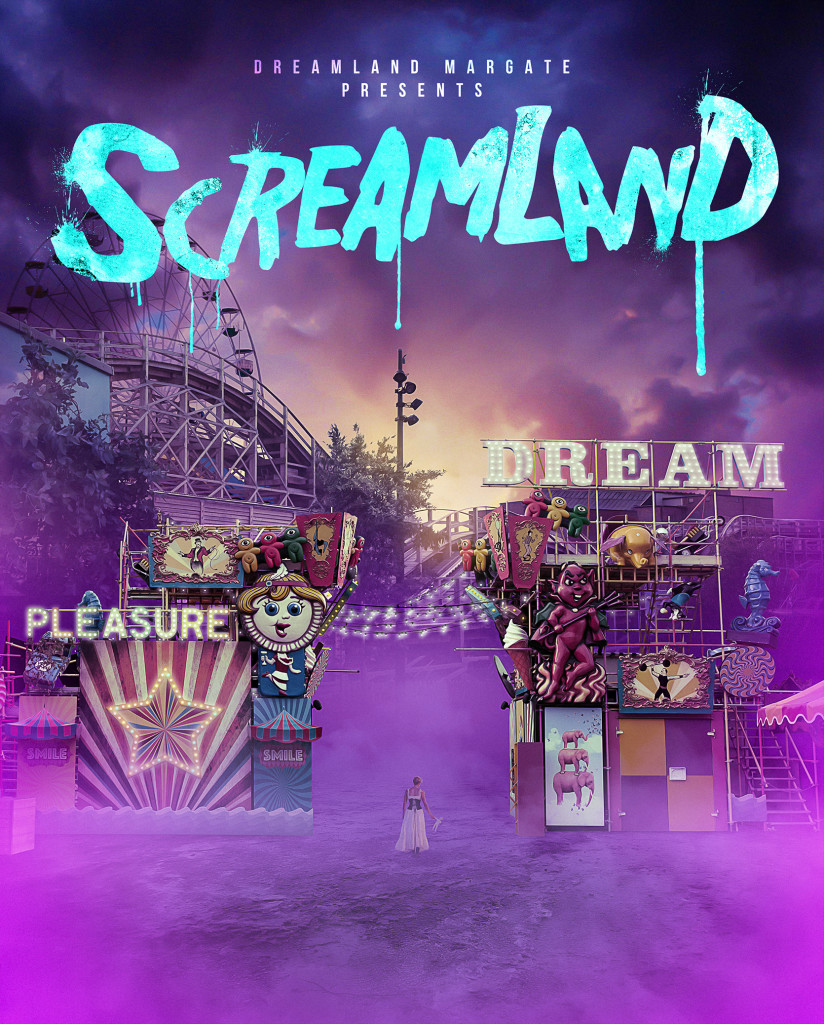 After a £25 million renovation Dreamland in Kent has mutated into Screamland. It is set to be this year’s biggest Halloween attraction! Between the 20th to the 31st of October 2017 expect bigger than scarey fun with six scare mazes.

Be immersed in a frightening world of exhilarating mazes and sideshows at the amusement park, which are set to thrill and haunt the darkest soul. Screamland is upping the fear factor for 2017 with all-new mazes and disorientating experiences involving vision-blocking hoods and areas that will have visitors crawling through.

Daredevil visitors who are looking for even more frights can book a live and spooky séance at the park, which will be taking place in the Victorian folly building. Tickets to the séance will be bookable on each night at an additional cost.

There will be street performers, live music and DJs on the Scenic Stage – including Radio 1’s Rock Show presenter Daniel P Carter, Rockaoke, and more to be announced. Prepare for all the fun of the scare at Kent’s biggest Halloween attraction. With the best actors and top scare creators working across the production, get set to experience all the fun of the scare this October!

A Screamland ticket includes access to all six scare mazes at nighttime, unlimited use of the rides in the amusement park, access to entertainment (including live music) and The Prop Store. Spaces are limited to this unique event so book your tickets now.

The six mazes include:

The Brotherhood – Scare Factor 5/5
Seeing is not always believing. Little is known about the eerie order of monks who once resided on the site of Dreamland – long before the days of Circus Tycoon, Lord Sanger. Some, however, still practice the archaic rituals and rights passed down through centuries. Screamland will take you on a journey filled with fire and brimstone and initiate you into The Brotherhood.

The Legend of Crank Jack – Scare Factor 3/5
The urban myth of ‘Crank Jack’ is well renowned in the area of Thanet, His eerie rhyme should never be said out loud when turning the handle of a ‘Jack in the box’. Dare to say it and face the horrific consequences that await you. Legend says that once he lures his pray into his wacky world, they will become lost forever! Locals have been known to disappear from the Margate area, never to be seen again. People say they wander haunted and lost within his ‘Jack in the Box’. Who is Crank Jack and where does he hide? Will you come face to face with him and find yourself trapped in his twisted maze? Or will you be the first to survive?

The Final Cut Presents: They Came From Outer Space – The Last Screening – Scare factor 3/5
Step into the movies as you take the starring role in a science fiction screamer! Collect your ticket for Horrorwood Picture House and pass through the silver screen. Become part of the action in an alien adventure as the final cut takes on a whole new dimension in its last ever show. Have you got what it takes to be part of this alarming alien encounter?

Dead and Breakfast: Under New Management – Scare factor 4/5
Last year, Fag Ash Lil moved her murderous boyfriend, Jack Mudget, into her decrepit seaside hotel. One year on and all is not sweet in paradise. Margate’s worst ever accommodation is under new management – but something sinister still lies within…where is Lil? Sharpen your senses and check into the Dead and Breakfast…

Festino’s Festival of Freaks – Scare factor 4/5
Infamous showman Alonzo Festino has fallen on hard times. Killer clowns have overrun his fun house and he has been forced to hit the road – travelling from town to town with his band of freaks and the twisted ringmaster is back at Screamland! Enter the freak show and come face to face with your worst nightmares. Leaving the freak show is not so easy, so prepare to be disturbed – this one is guaranteed to wipe the smile off your face!

Punchinello’s Revenge – Scare factor 3/5
Punch is out for revenge; anyone that has crossed him is destined for a life of endless torture and entrapment for all eternity in the hall of mirrors. Run, scream, try to escape, that’s the way to do it.

Man finds lady living in his closet for a year 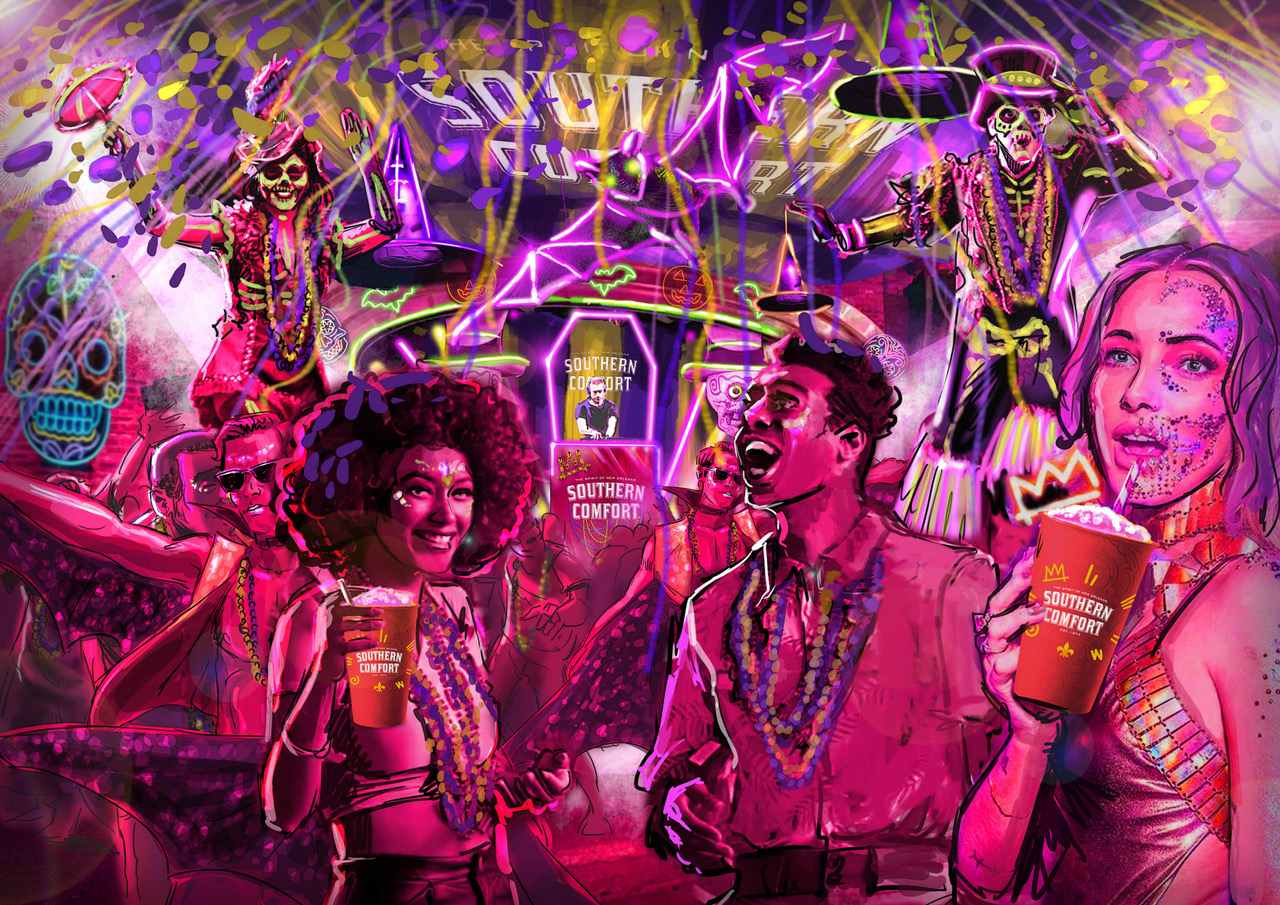