The almighty SHAKKA (with two Ks), launched his EP- Tribe on the 5th July 2013 and what a great event it was!!

Upon my entry we was greeted by the sounds of a talented drummer MckNasty, who was seen on BGT this year, Drumming and DJ’ing at the same time. This definately warmed up the crowd as this level of talent is very exciting! 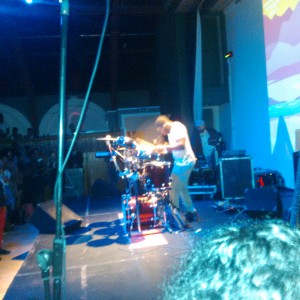 Not long after Shakka, with 2 K’s as he kept reminding us, made his awaited entry to the stage. With a colourful backdrop he perfomed many tracks from “Tribe” and occasionally he did tracks from his forst EP -The Shakka Crown Affair.

Songs titled “On this ting”, “God put a smile on your face” and “Blackout” were all performed by a live band and to our surprise Wretch 32 even made a appearance  to perform “Blackout” with him.

Shakka’s father, a guitarist and producer of the Reggae band “The Foreigners Crew”, made sure he was immersed into music as a child, playing keys and he even ended up singing a few songs for the band. This experience reflected in his performance as it came as second nature for him to belt out some of his tracks whilst keeping a wide smile on his face. 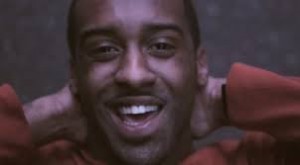 Shakka was lively in his performance from the start to the end, often stopping to say thank you and show how overwhelmed he was by the support as the event was sold out. People from all races and ages where there singing along and dancing to Shakkas very ecclectic sound. Having had his first EP in my music collection I enjoyed singing out loud to the tracks that i knew as his lyrical content is so clever and his passion behind music really shows by the way he performs.

If you ask me it was all over too quick as i was thoroughly  enjoying this unique talent, but i know this is the beggining of a fruitful misic career for Shakka (with two Ks)! 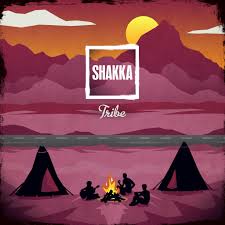 Shakkas Tribe Ep can be purchased on Itunes for only £3.49! I definitely recommend it