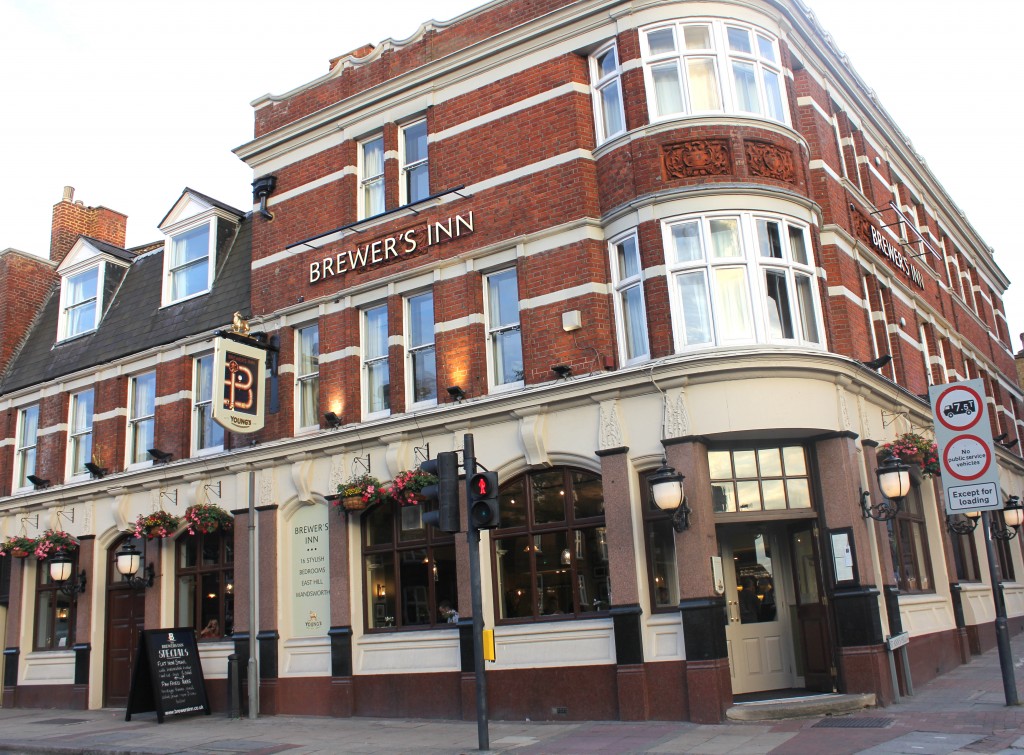 The Brewer’s Inn is a Young’s hotel, pub and restaurant situated in the heart of Wandsworth, close to Wandsworth Town Station. I attended its recent re-launch party that showcased the updated interior and newly opened wine cellar. Mainly advertised towards locals, the re-launch party was relatively low-key but still attained a social buzz that might rival a busy Friday or Saturday evening. 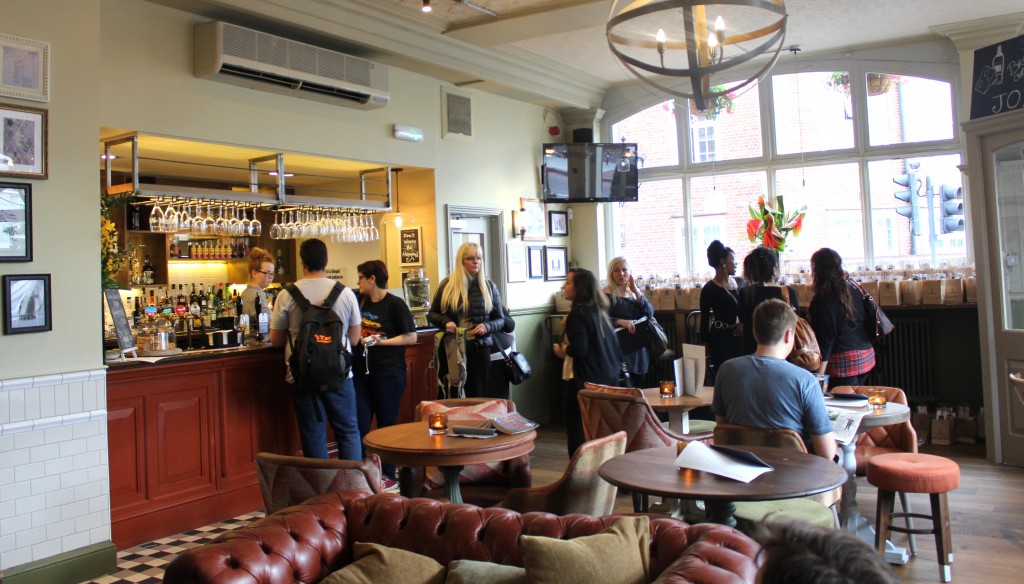 As you enter the Brewer’s Inn you’re greeted by the pub area; a medium-sized bar, copious seating, generous standing room and the first of two large flat screen televisions. Behind the bar there are a host of cask ales on tap, 17 wines to be purchased by the glass and 3 champagnes. It’s a well-lit and comfortable entry space and on the evening I enjoyed talking through the range of Young’s beers available, there’s definitely something to suit everyone! 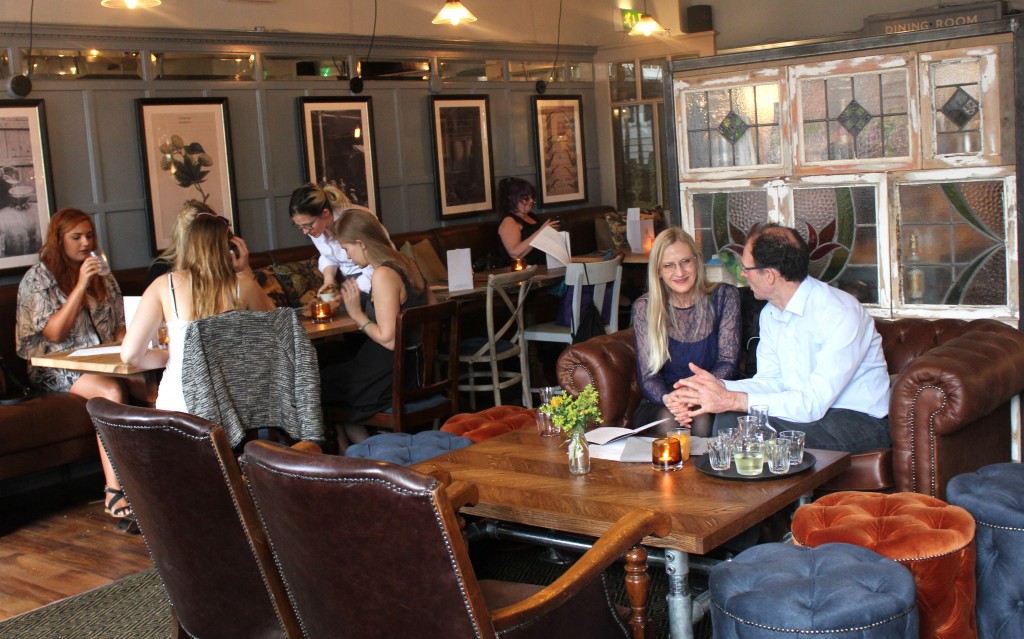 Beyond the initial entry way lies another room with a cross between pub and restaurant seating. This is where I spent a large proportion of my evening sampling the Brewer’s Inn’s delicious canapés as well as G&T’s featuring Sipsmith Gin and Fever Tree Tonic. Behind this space lies a further room, a modern dining area well away from the main bar. In sight of the kitchen, it has a slightly more formal feel that’s better suited for sit-down meals. 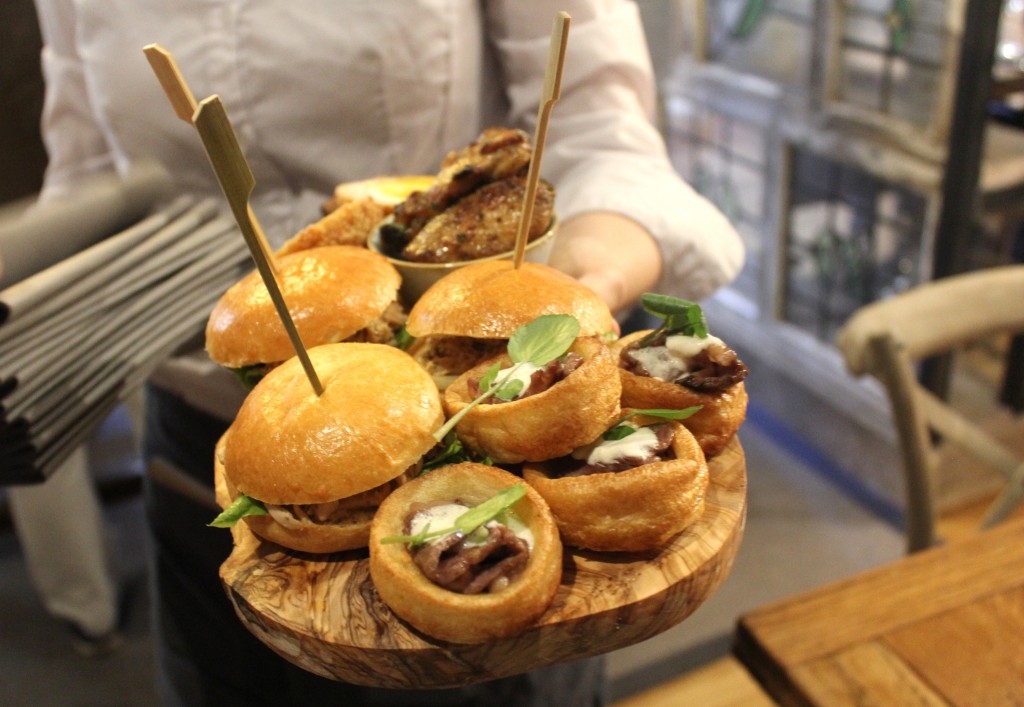 At the re-launch, the Brewers’ Inn offered canapés that represented miniature versions of some of their signature dishes. I tried a chicken scotch egg that was truly delicious, and there were also a range of very tasty slow roasted pork in buns and beef in miniature Yorkshire puddings. I was particularly impressed with the quality of the food, it tasted much better than I’d expected – and much better than food I’ve tried in other Young’s pubs that I’ve visited previously. 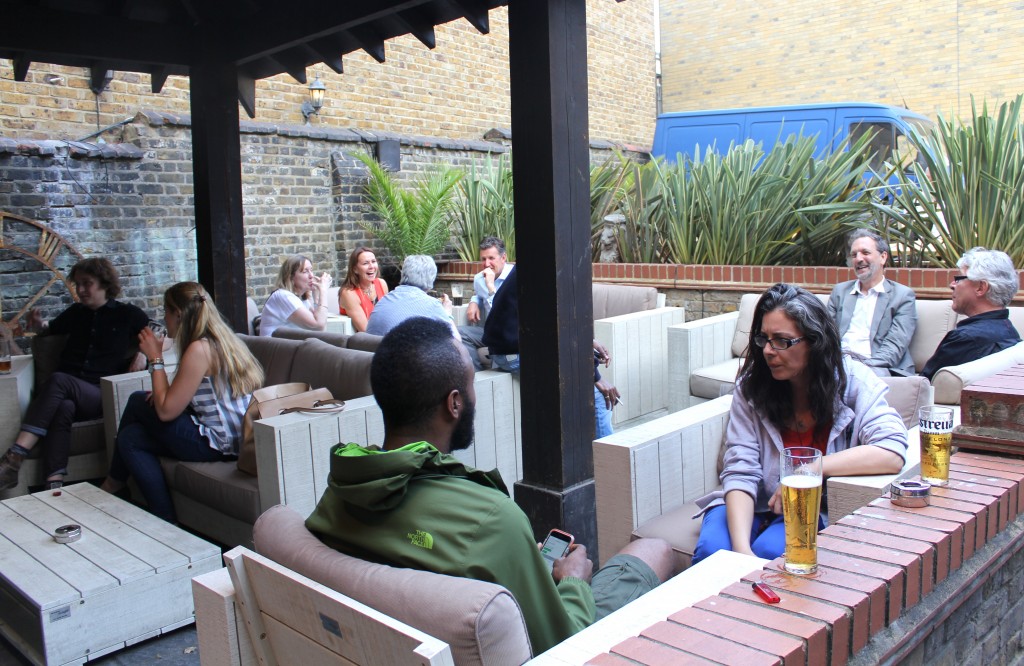 In addition to the generous indoor seating, the Brewer’s Inn also has a small outdoor seating area. It’s supposedly Moroccan inspired, consisting of large, cushioned seating and a wooden gazebo structure that offers shade as well as protection from England’s changeable weather. It was nice to see some outdoor seating available, but in term’s of size it definitely isn’t enough to service the large crowds that could easily fit inside the pub and restaurant areas. 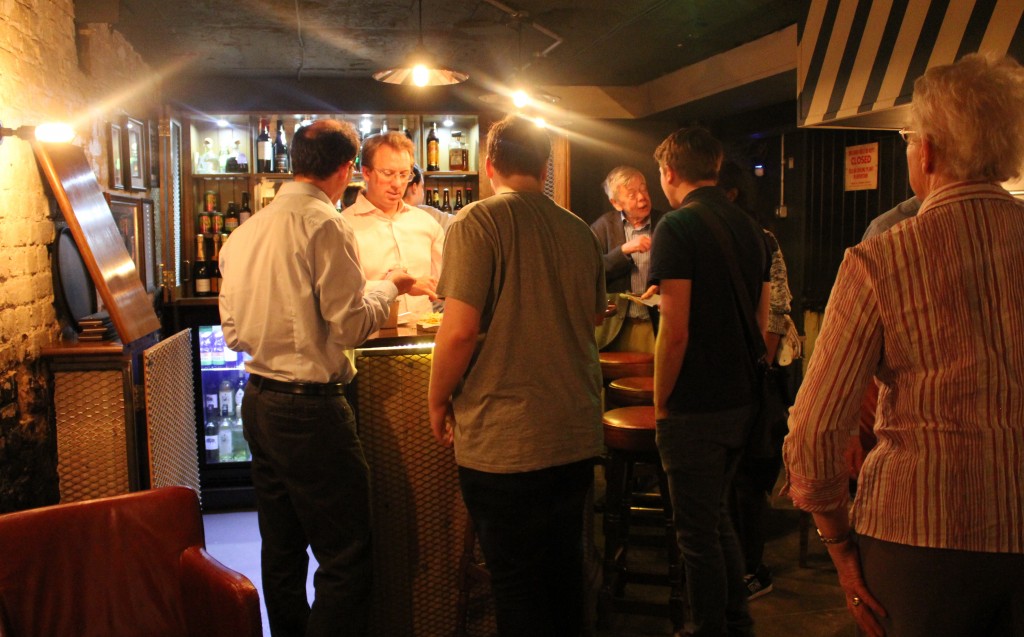 Lastly, the re-launch party also celebrated the opening of the Brewer’s Inn’s Cellar Bar, a small but atmospheric series of underground rooms which enjoy their own bar which offers a choice of 40 wines. The tables in these rooms are well suited to private, intimate functions – such as small parties or dates – and are bookable on Thursday, Friday and Saturday evenings. 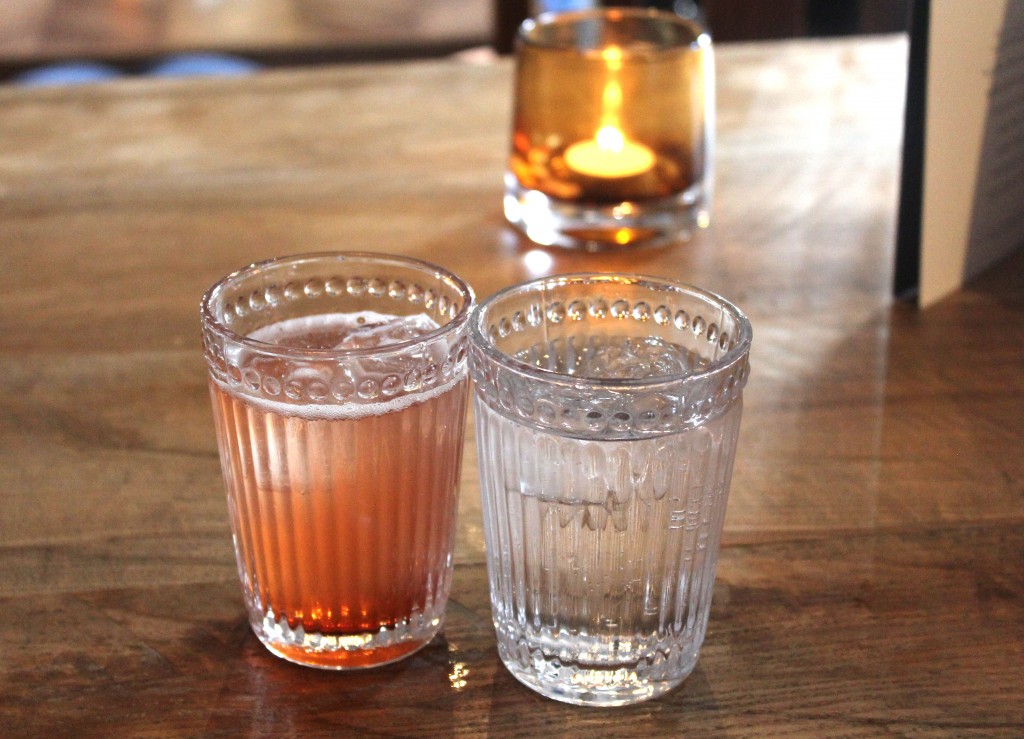 Overall, I had a very pleasant visit to the Brewer’s Inn as I found the atmosphere lively and the amenities very pleasant. The range of food and drink available is very impressive and I enjoyed the spaciousness of the rooms and the extensive seating. If you’re local to Wandsworth then I’d definitely recommend giving it a visit, and even if you’re not then I’d still say that the Brewer’s Inn has a lot to offer – I know that I’ll definitely be returning! 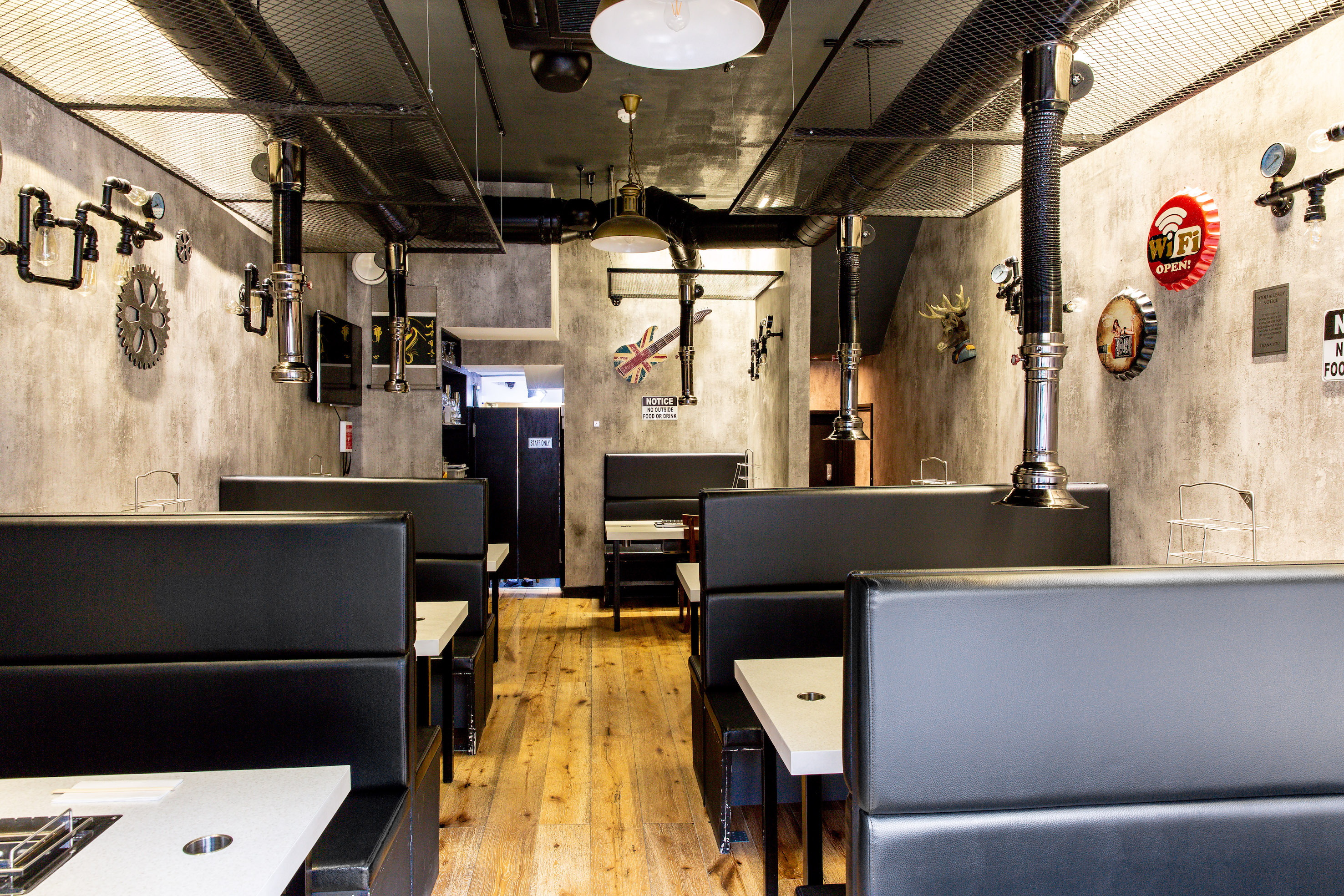 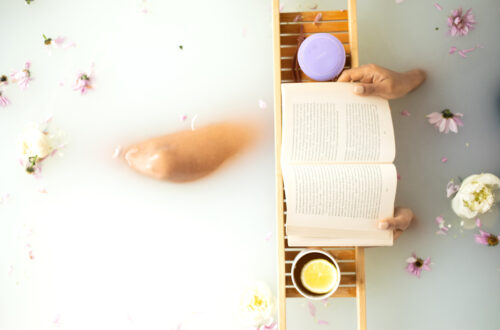