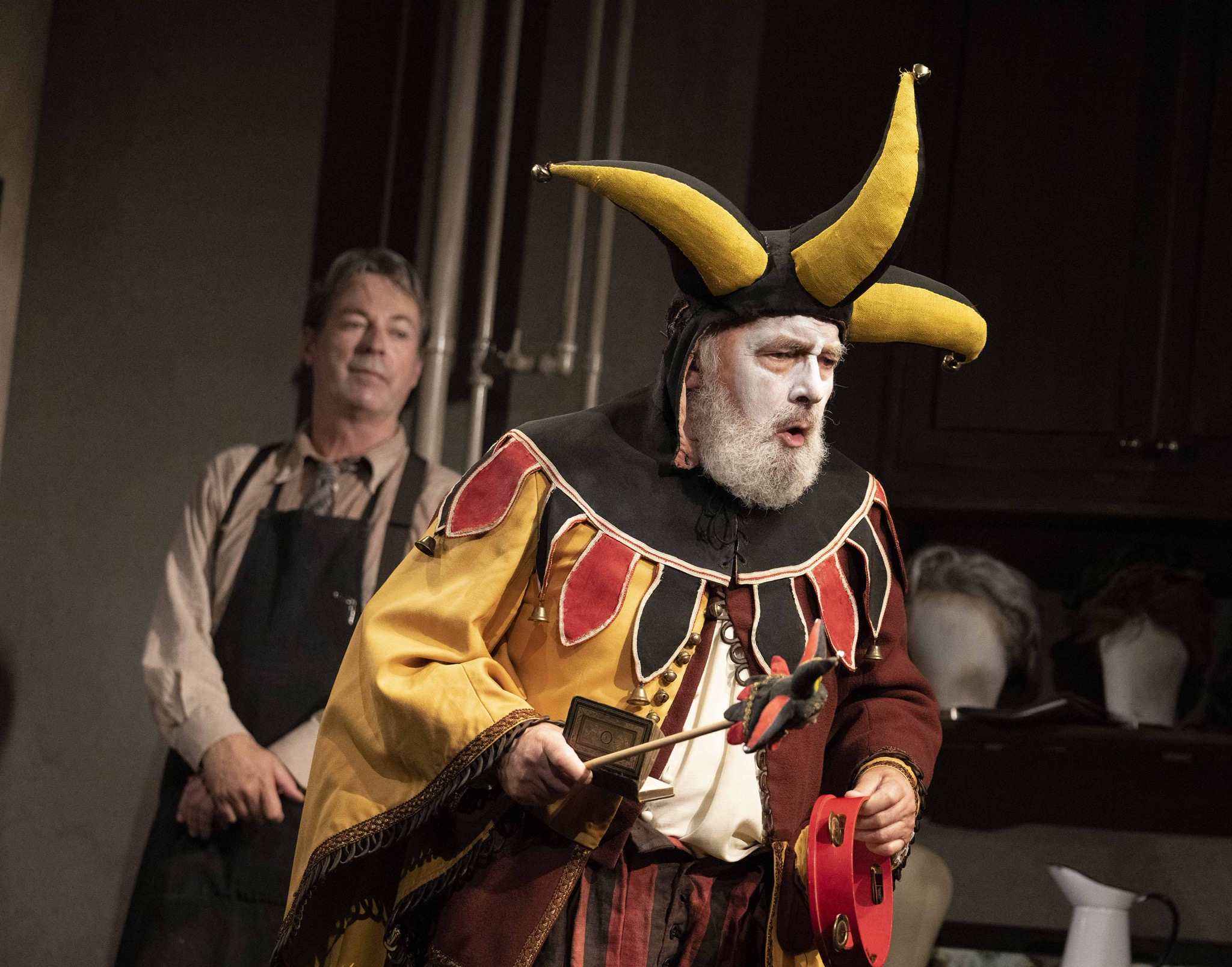 Acclaimed play The Dresser is performing  at Richmond Theatre this week on its UK tour. Set in a war torn provincial theatre in 1942, actor manager Sir’ is about to perform King Lear for his 227th performance despite poor memory and recent poor mental health. As the saying goes, the show must go on, and Norman, Sir’s dresser for over 16 years must help Sir take to the stage. There’s bombs to contend with and many complex relationships including with Madge, the stiff upper lip stage manager, and Her Ladyship, Sir’s leading lady on and off the stage.

Written by Ronald Harwood, the play was inspired by his memories of working as

Donald Wolfit’s dresser. His film of the same name received five Academy Award nominations, including Best Screenplay.  Harwood is also known for his screenplays  including the Oscar winning ‘The Pianist’ and Golden Globe winner ‘The Quartet’. 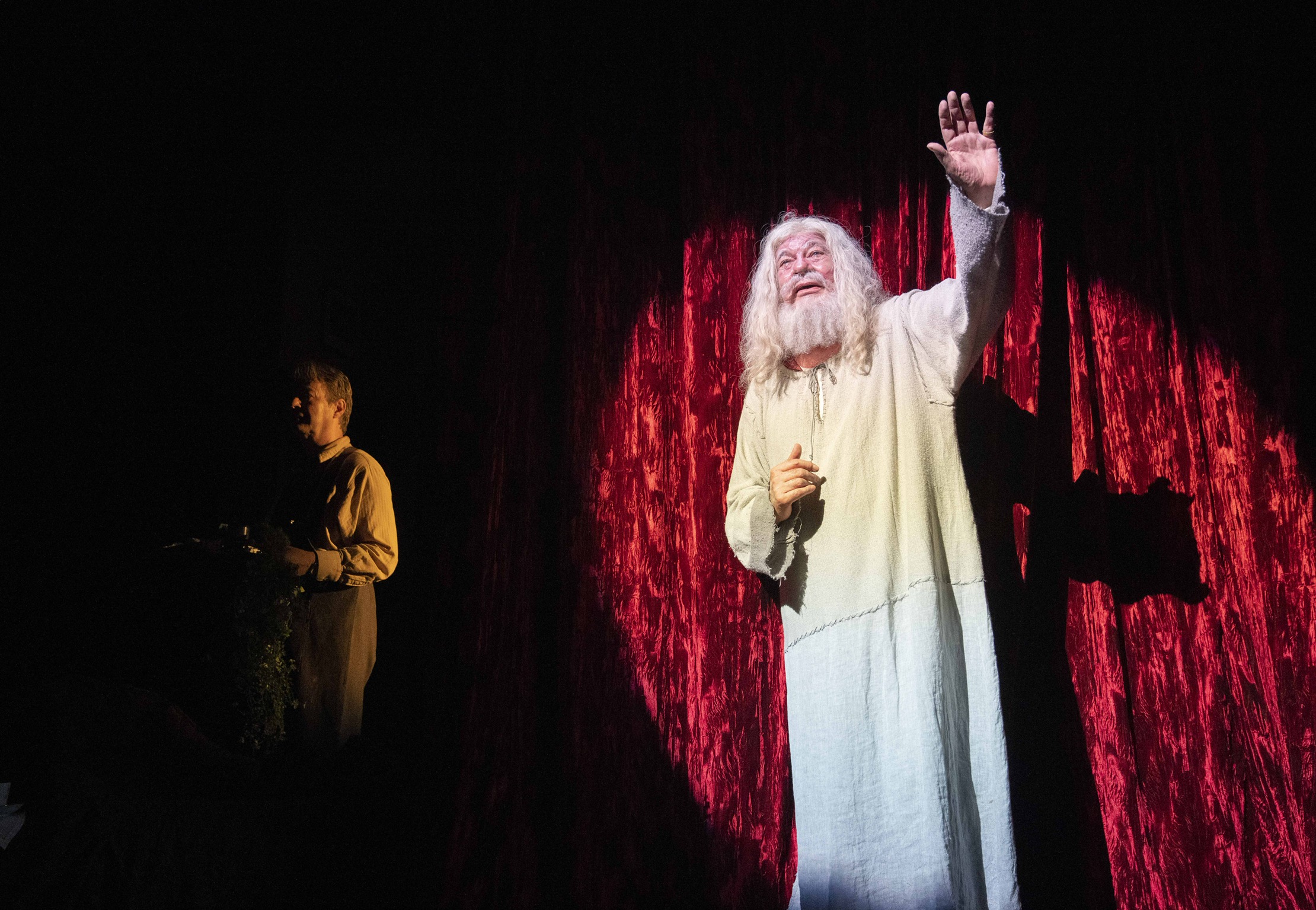 In a blurb by Harwood in the program he makes it clear that although their are similarities with his experience it is not an autobiography. It’s basically a love letter to a bygone era of British theatre.

Written in 1980, the play has a number of comments and references not really appropriate in the climate of 2021. For example, Sir’s sexual assault of a young actor is not fully explored, and there’s jokes about sexuality and identity that are no longer humorous in the current climate.  The pace in the second act drags a little until all the revelations come on-top of one another. 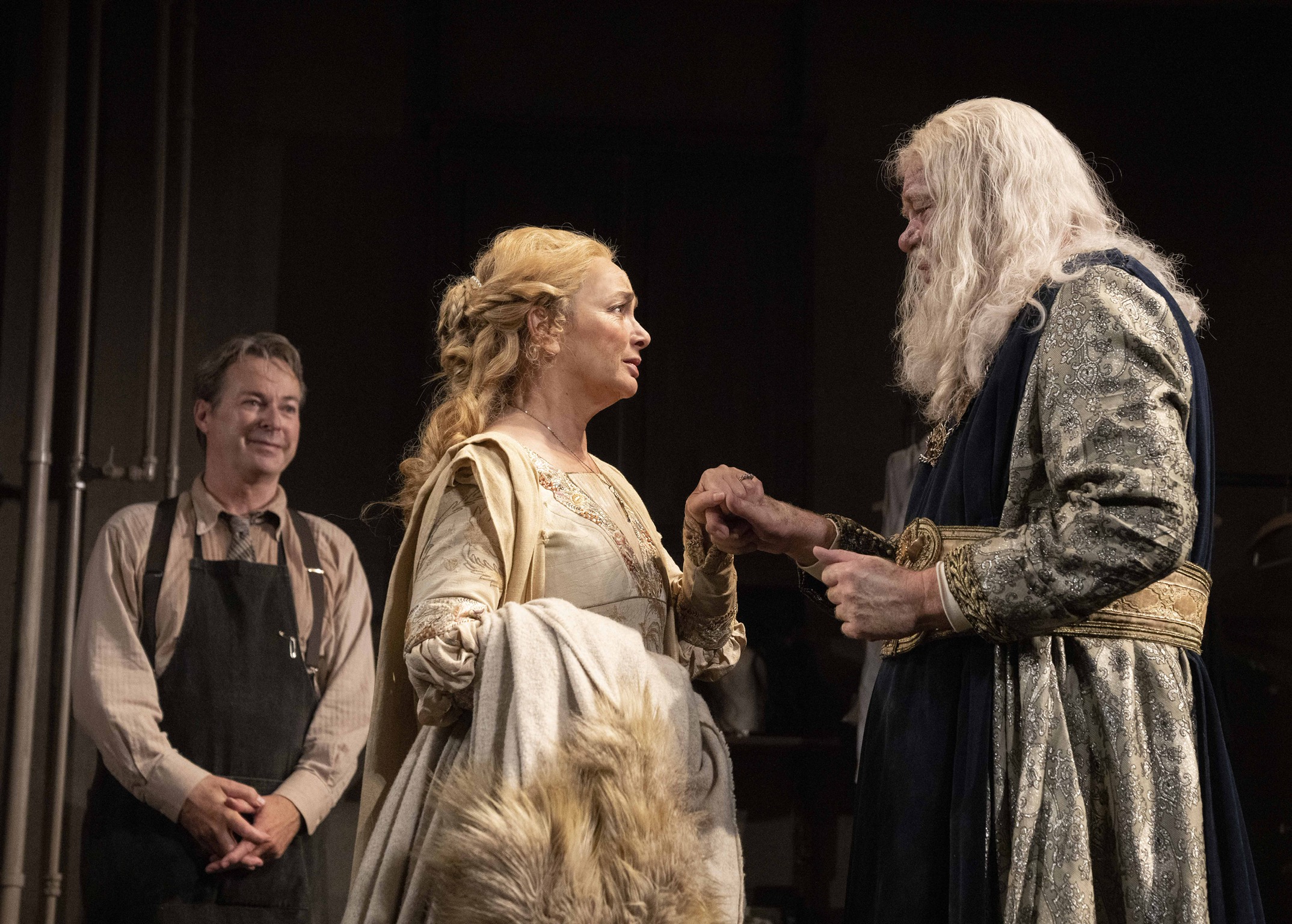 The ever-attentive, overworked and under-appreciated Norman is played by Julian Clary, who has stared in West End productions as well as TV, radio, film and stand-up comedy. His portrayal of the aloof to intoxicated and spiteful Norman is well done. Olivier Award winner Mathew Kelly plays Sir. He captures the dishevelled, unsteady on his feet distressed character well especially with the subtle but constant have shaking. The two actors play well off each other to deliver comic timing, as the characters struggle with power dynamics with both needing the other. 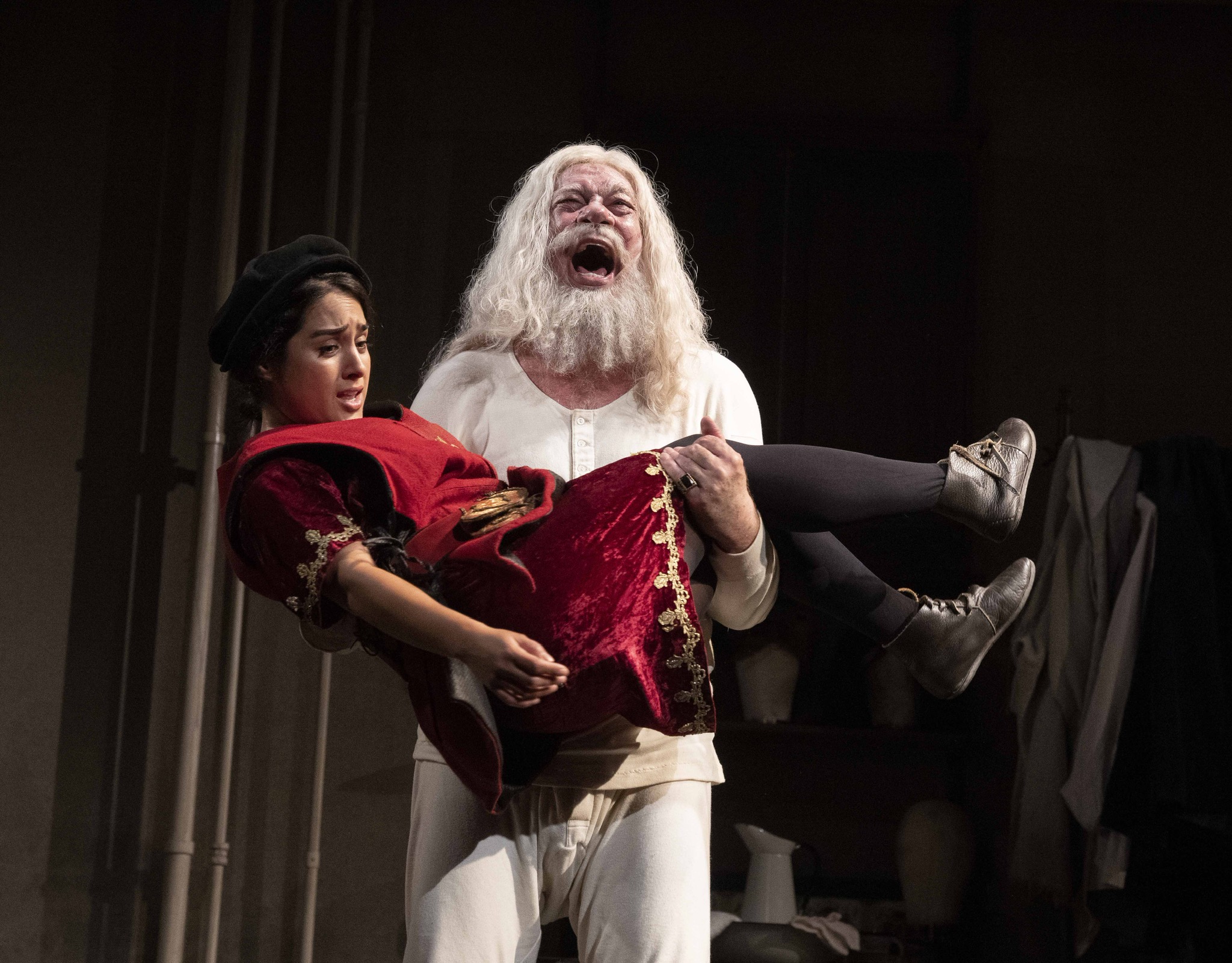 Joining them are Emma Amos as Her Ladyship, Rebecca Charles as Madge, Natalie Servat as Irene, Pip Donaghy as Geoffrey Thornton, Samuel Holmes as Mr Oxenby, Robert Shaw Cameron as Kent, Peter Yapp as Gloucester, Stephen Cavanagh as Albany, with Claire Jeater and Michaela Bennison in the ensemble. The cast numbers 12 in total; though some of these roles are non-speaking and seemed superfluous given this is essentially a two-person focused drama.

Tim Shortall’s set focuses on Sir’s dressing room, with dresser, chaise lounge and 40s tins. It’s then lifted to show us the backstage set complete with storm-making machines needed for that all important scene in the King Lear production onstage. Lighting by Ben Ormerod helps to move us from the bright dressing room to a more dimly lit backstage. Muted colours in the costume help to convey WW2 England.

The Dresser is produced by Theatre Royal Bath Productions and Everyman Theatre. It is directed by Terry Johnson.

The Dresser runs from 26th to 30th October 2021 at Richmond Theatre. Performances are Tuesday to Saturday at 19:30, and Wednesday and Saturday at 14:30. Tickets start at £13. Run time is 2 hours 20minutes including interval.