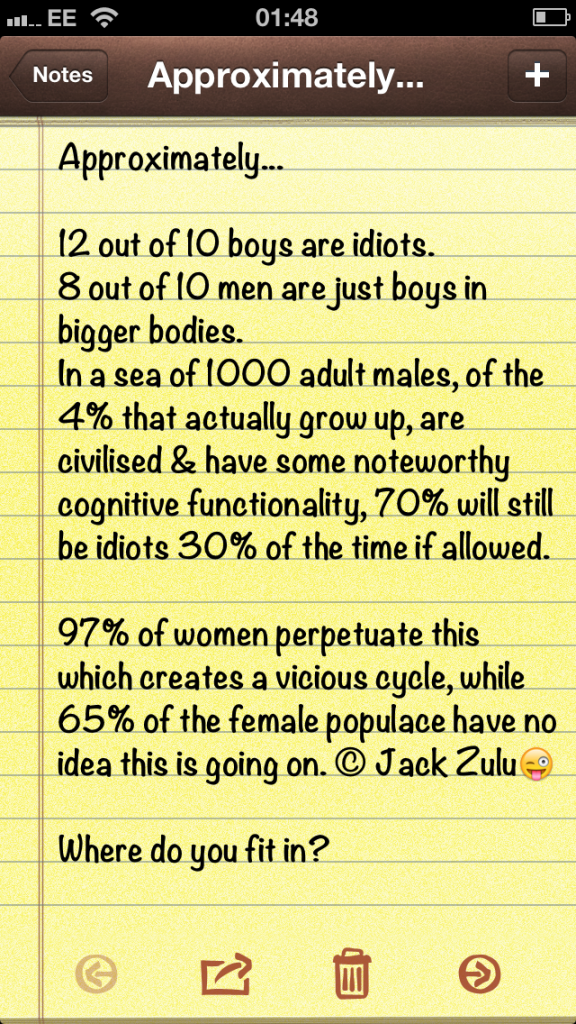 Some time ago, I posted the above image on Instagram and although it was written in jest, it made me think the words are riddled in relatable truth. There is an accepted belief that males are simple creatures while, women are conversely complicated. This generalization obviously does not take into account individual difference but we could agree this belief is applicable to the vast majority. The question is, why? Why do females tend to be more emotionally driven while males tend to be more logic driven? Why do most male minds think, ‘I want this, so I must do this’ while most female minds seem to want something because they think they need it as opposed to wanting it because they actually want it?
It may partly be due to simple variance between the sexes but I think it has something to do with the way we are conditioned and socially gendered, through nurture as opposed to nature.

How many times have you seen – or been – the woman with the man who frequently mistreats her but she won’t leave him? Not because she loves him – though she will rationalize it as such – and not because she can’t do better – because the simple fact is, she could. It is because she doesn’t want to be alone, as she has been socialized to believe she needs someone by her side; and perhaps more dangerously, she believes she can change him. Women, if a guy is going to change he will do so of his own accord because of you, not for you. Some of you will see those as one and the same; this is likely to become a problem for you before too long.

Obviously, not all women have that ‘I need someone’ mentality just as not all men are the proverbial “dogs” we frequently hear about but those men who do fall into this category are not there solely because they are assholes. No. They are aware they can get away with it with most women. So if a man believes he can get away with treating most women however he wants he is not going to change for any ordinary woman. He’ll change for one he thinks worthy. He will clean up his act for the right woman but do not assume that you are that woman. If you were, he would already have sorted himself out. If he wants to be with you, he will assess what he needs to do in order to get it through the powers of logic. I’ll say it again: he will change because of you, not for you. Meaning: something about you inspires him to, not only be a better man but a better person and his change will happen almost without him realizing it. Therefore, it would be wise for you to indulge in some logical behavior; stop trying to convert frogs into princes because you’re missing out on the chance of experiencing something wonderful while you’re dancing this dead end tango with ‘Mr. Not Worth Your Time’.

Speaking of frogs and princes, I believe that is where part of the problem beings.

Think about this – socially speaking we glamourize single men. Terms like bachelor, player and lone wolf are thrown around with the sparkling fanfare of exciting, cool and desirable. These terms are used to describe a man, not a woman. Sure, there are small instances of bachelorettes and cougars being shown in a positive light and they are becoming cooler and more fanciful with time but primarily, the social view seems to be that it is perfectly fine for a man to be single but a woman needs to or should be with a partner. So our little girls grow up, their minds filled with dreams and fantasies of the beautiful knight in shining armour who will ride in on an exquisite white stallion to whisk her away with all the pomp and circumstance to a whole new world where they will live happily ever after. Girls are basically taught to aspire to be wives, mothers and princesses while boys are basically taught to aspire to be firemen, soldiers and leaders of one kind or another.
This leaves us with hordes of little girls, who grow up wanting to be somebody’s princess, looking for their prince while the majority of our little boys were never taught to be princes.

Do you see the difference?

Boys are taught to grow up and be desirable while girls are taught to grow up and be necessary. Worst still, our boys are taught to be desirable for their lifestyle and possessions but when a girl is finally taught to be desirable outside of ‘necessity’ it is purely for her physical form. They grow up, become young women and are forced into this role of being desirable through sexual objectification. So we have models airbrushed and malnourished to an assumed and force-fed notion of perfection. We have our girls aspiring to be something that isn’t actually there while desiring the fairytale lifestyle that isn’t there either. Realistically, how can there be a ‘happily ever after’ in such a story?

It all begins at the beginning. We’re actively or inadvertently teaching our boys and girls things they don’t need, while neglecting to feed their growing minds with that which is endlessly valuable and again I ask why? Why are we feeding them with anything less than that which will help them flourish? Why are we teaching our daughters to be princess and housewives in a world, which should long have accepted equality? Why aren’t we more concerned with the ways in which our boys view girls? Why aren’t we giving them the foundations to become men and women who respect, support and love each other wholeheartedly?

Teach your boy how to be a man – a man you can be proud of – and he will treat a woman, not like a princess, but like his queen. Teach your girl how to be a woman and she will not feel as though she needs a man but will have one because she wants him there, because she can have him there and because she knows her worth and is fully aware that he knows it too. Nurture their nature. Perhaps then, ‘happily ever after’ will become an eventuality instead of a dream.

This is what I want for my children. Surely I am not alone in this? 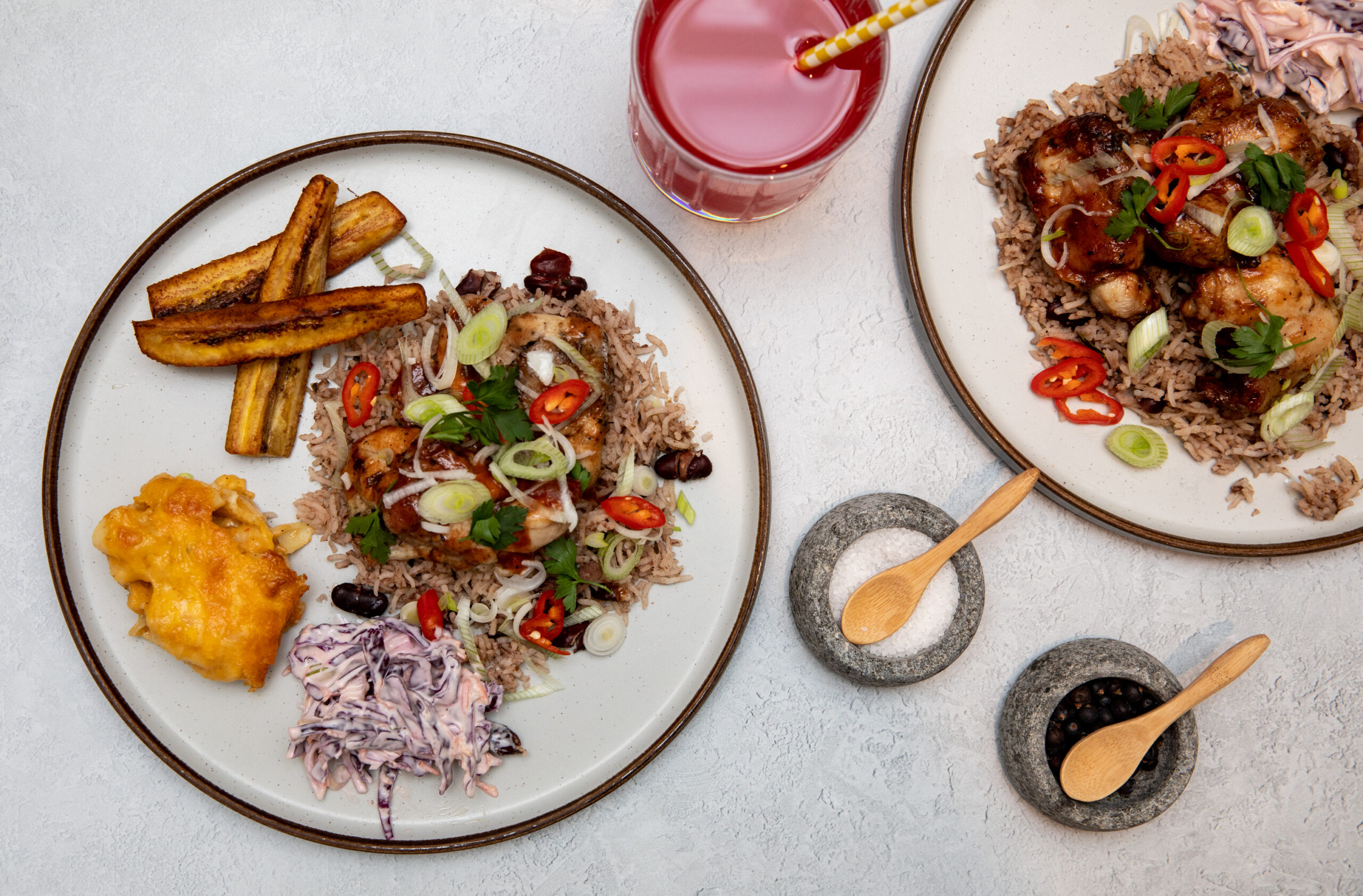