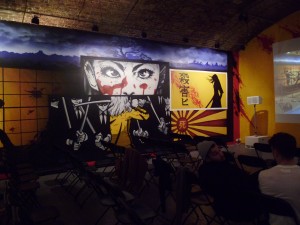 Spending time in East London is never a chore, so it was with great pleasure that a chum and I pootled over to Hoxton last Wednesday for a bit of We Press Play’s immersive cinema!

Only a stone’s throw from Hoxton overground, the Hoxton Arches could quite easily have been bypassed on a normal daily outing however on this fine evening we caught a glimpse of a lady donning a yellow cat suit. Kill Bill anyone?

So in we went, where we were immediately greeted by the most fantastic spray paint art I think I have ever seen. I actually thought it was projected from a computer. 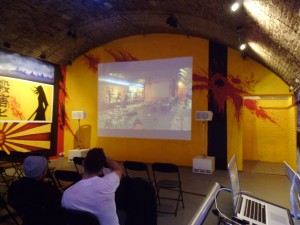 The guys had taken about two days to completely ‘Kill Bill-ify’ the space, and what could have purely been exposed brickwork sprang into life with vibrant colour.

We had time to mooch around a bit, grab some wine and chat with a cool camera man before it was time to find out if Bill was to meet his untimely death (I hadn’t actually seen the film before).

The film began and I have to admit it’s Tarintino in his element – blood splatteringly bonkers. But We Press Play adhered to the mood with some strategic lighting. Red for blood, and blue for the cool and calm O-Ren Ishii. The final fight 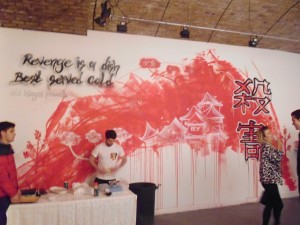 scene had smoke and lights and it was pretty cool.

To sum things up, if you fancy a film evening with that little bit extra ‘pizazz’ and a par-tay then ‘Film is Art’ is for you. To be honest I’d go again just to check out the ace wall art! I’m intrigued to see what they do next, we’ve heard talk of a summer project!

Raise A Laugh For Refuge 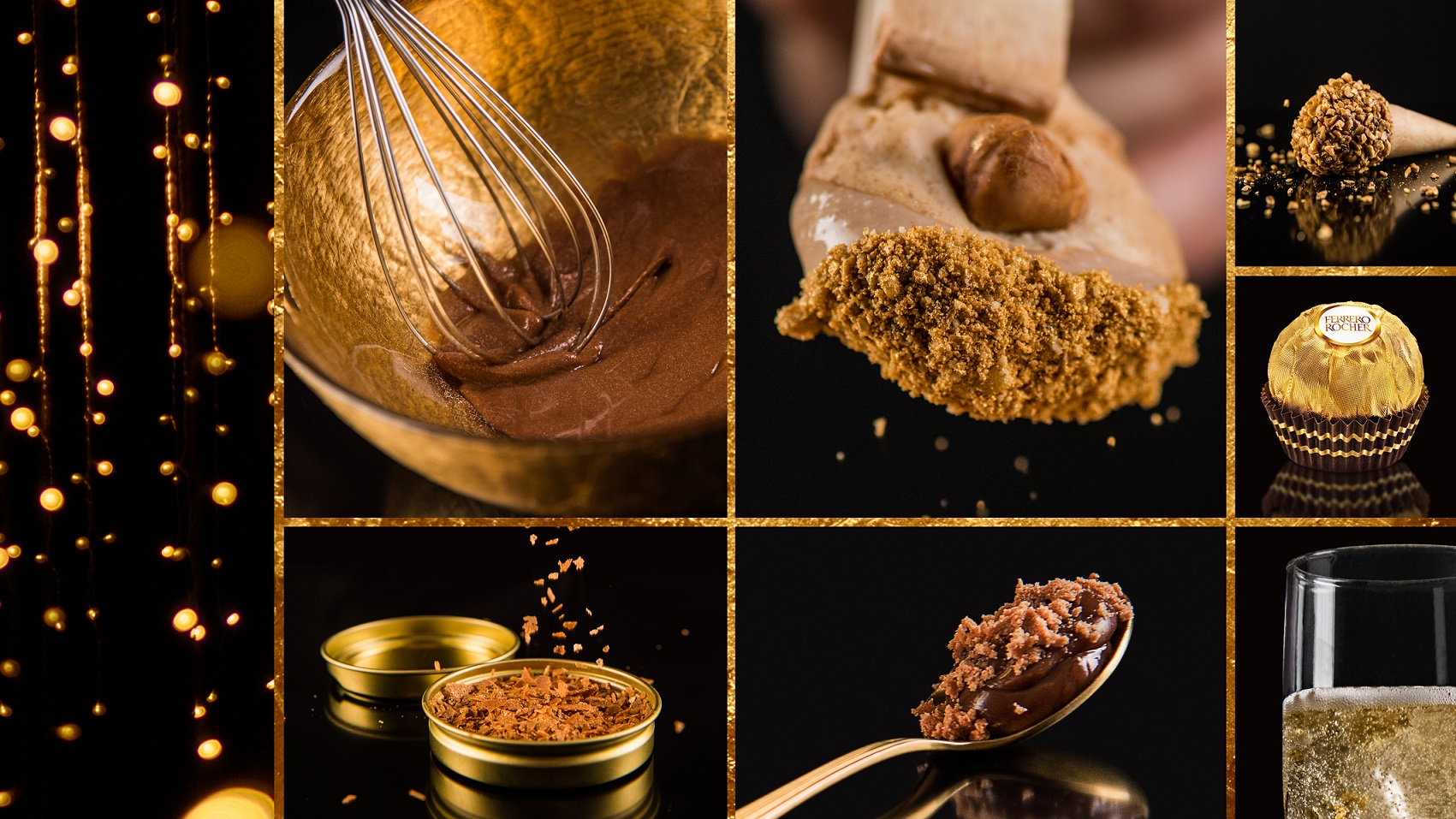