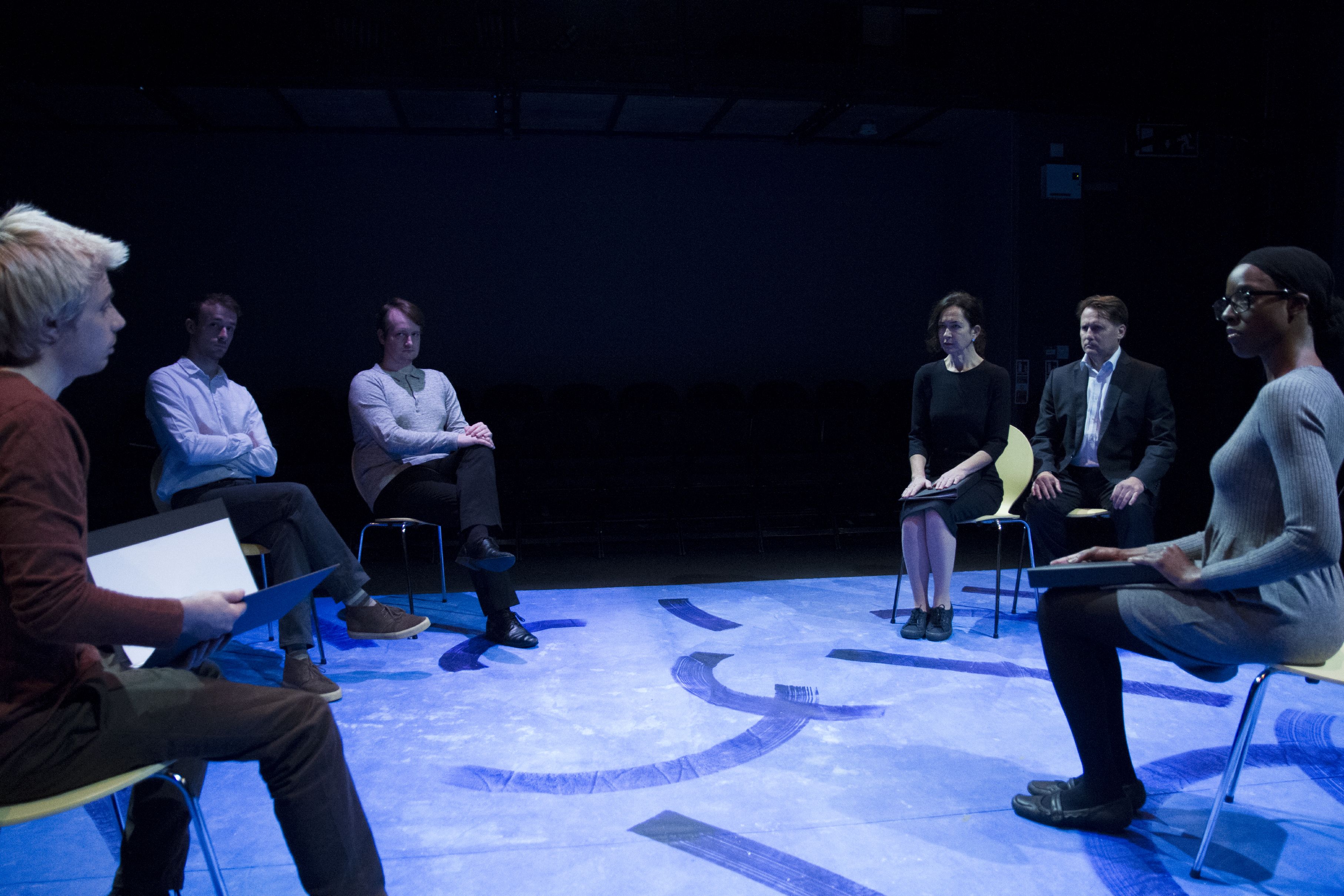 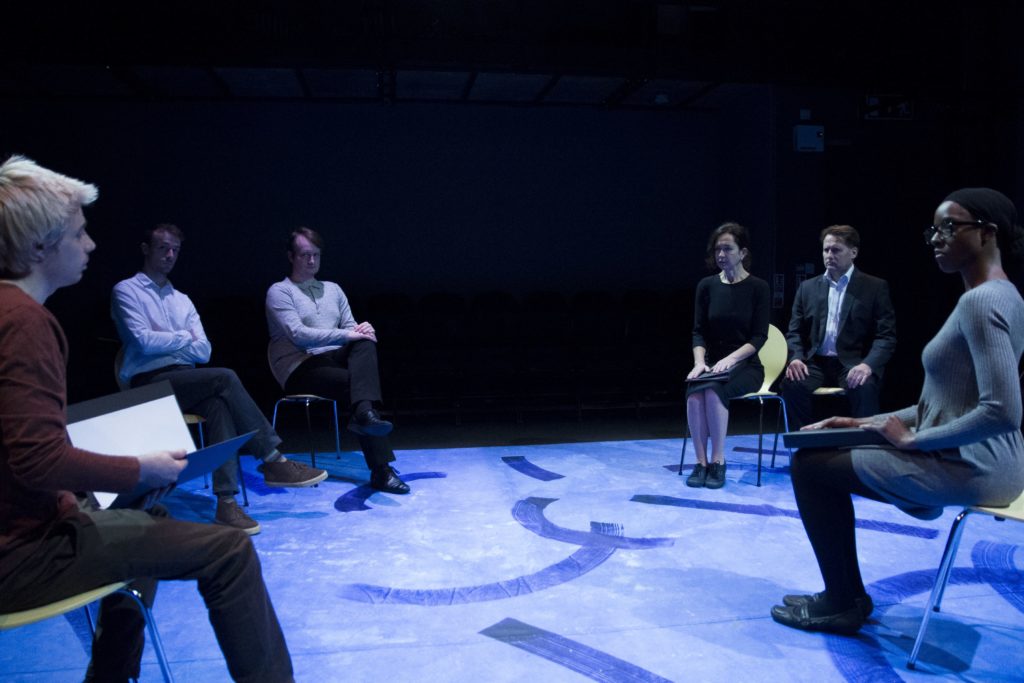 The word premiere of The Secondary Victim, a play by Matthew Campling, occurred at the Park Theatre this week.

The Secondary Victim is presented by Campling Hicks Productions in association with Park Theatre, and is directed by Matthew Gould. It focuses on Ali, a psychotherapist who has an allegation of sexual misconduct made against her by a former male client. Suddenly, her personal and professional life are in ruins and she must fight to save her reputation and her marriage. Set against the current culture of blame it questions whether there can be more than one truth.

Given it was written by and portrays three therapists, a central theme is the human nature and vulnerabilities of professionals, as people who are challenged personally and professionally. Check out the program for more information about Campling and his thoughts about client centered practice.

The first half grappled with a number of themes including the client-therapist relationship and power dynamics within that relationship. In ‘flashbacks’ we see Ali and Hugo’s sessions, and in the present we see how this allegation is impacting on her relationship with her husband, and see her questioning her professional judgement with her supervisor. However, after intermission, it becomes predictable: a court room drama and a confrontation between the two parties. For a play that began with several relevant topics, it missed an opportunity to explore those topics more in-depth.

Susannah Doyle’s portrayal of a professional suddenly questioning her instincts and herself was remarkable. The standout was Michael Hanratty who brilliantly played a sly, confident yet struggling Hugo. Natasha Bain and Matt Holt play the two other therapists who get caught up in the case. Gary Webster and Christopher Laishley round out the cast as Ali’s husband and a client respectively.

As always, Park Theatre provides an intimate setting; this time the set was 4 chairs which were placed slightly differently on occasions to convey the passing of time. In the first half, when the actors were not on stage they each took a corner, sitting among the audience, which increased this intimacy.

Performances run until 9th December. Tuesday to Saturday evenings at 19:45 and Thursday and Sunday matinees at 15:15. Tickets start at £10 for young patrons and up to £18 for standard adult tickets.

Run time is approximately 2 hours and 40 minutes including an interval if 20 minutes. 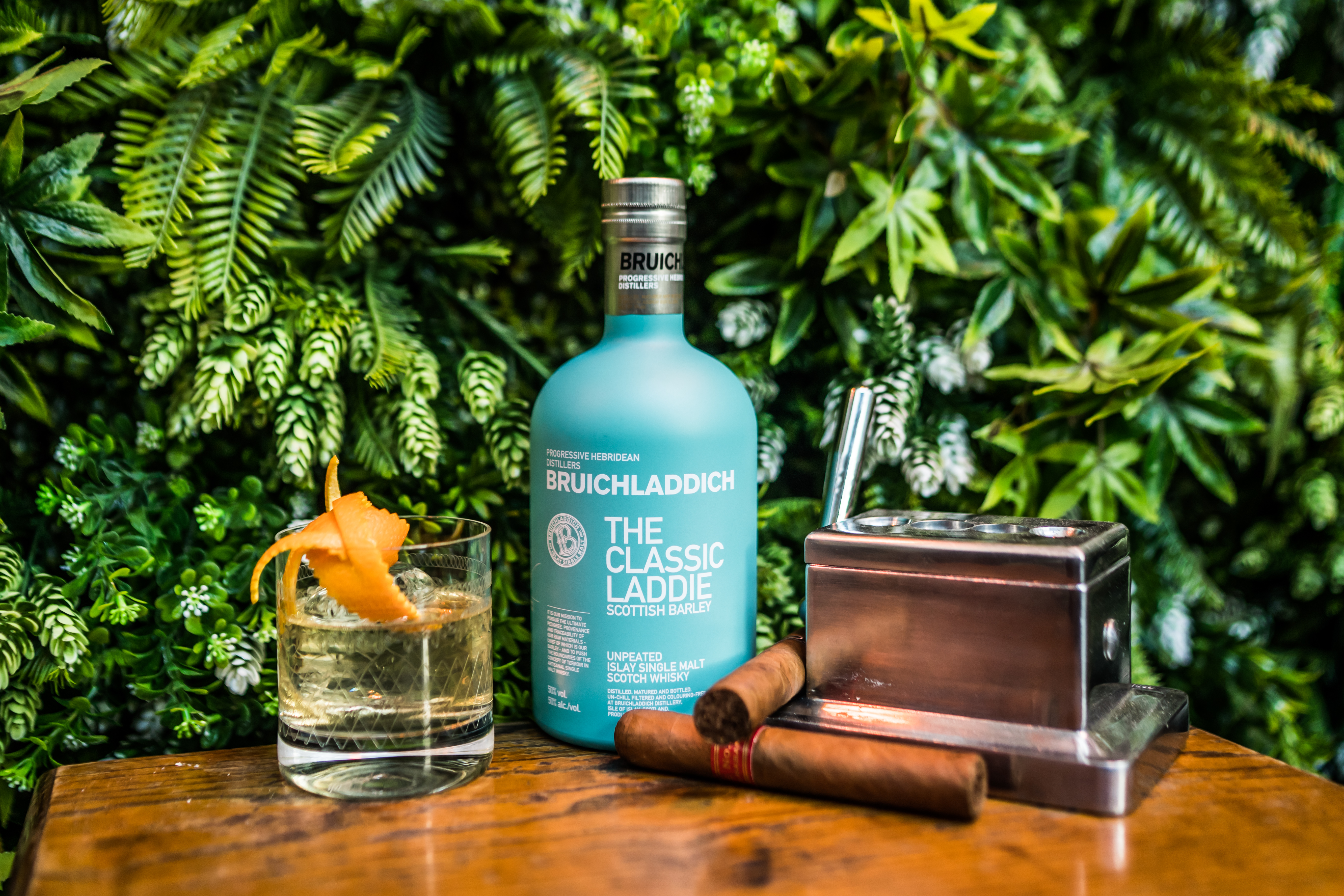 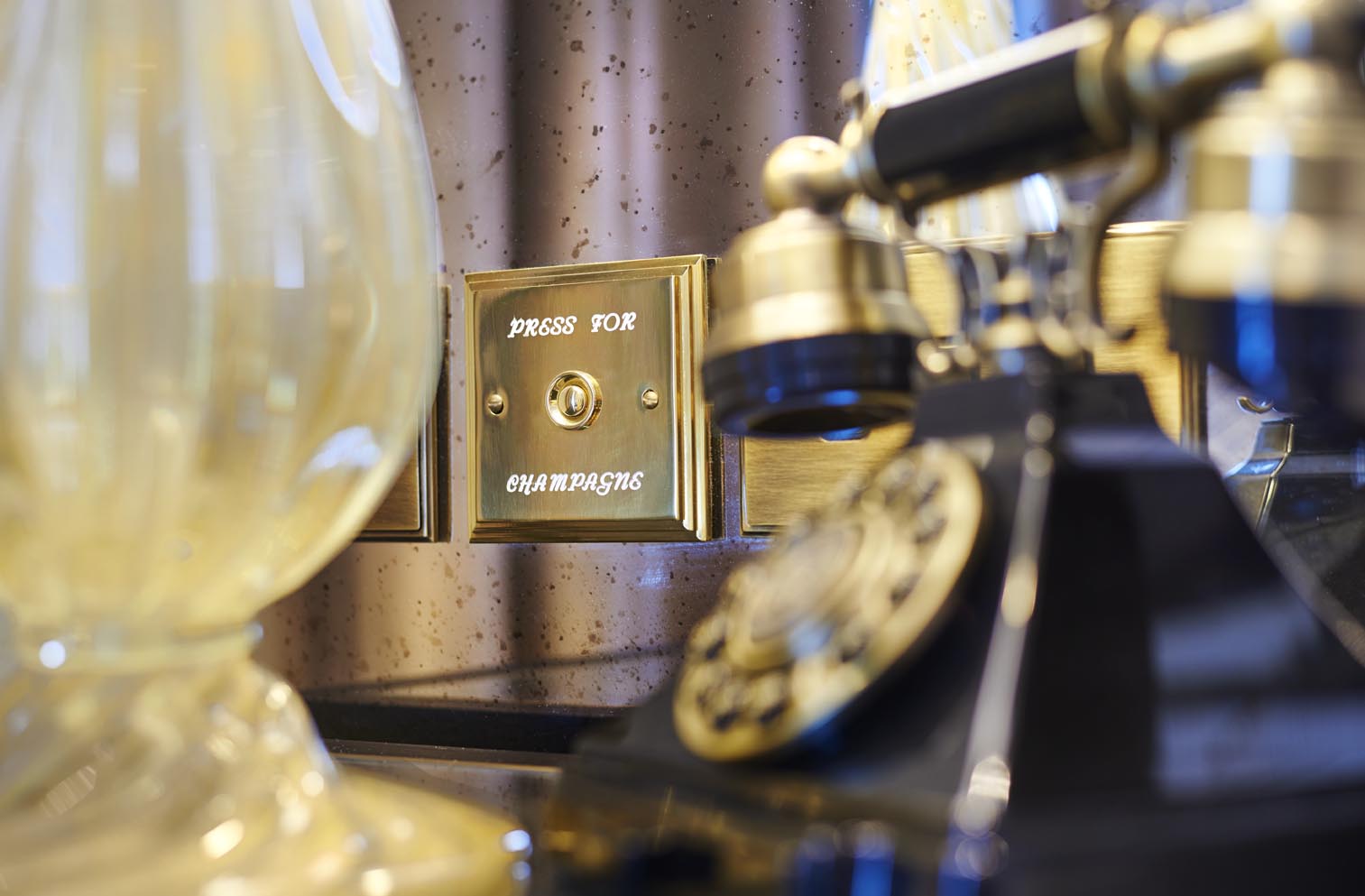 Romantic Moments at The Waldorf Hilton 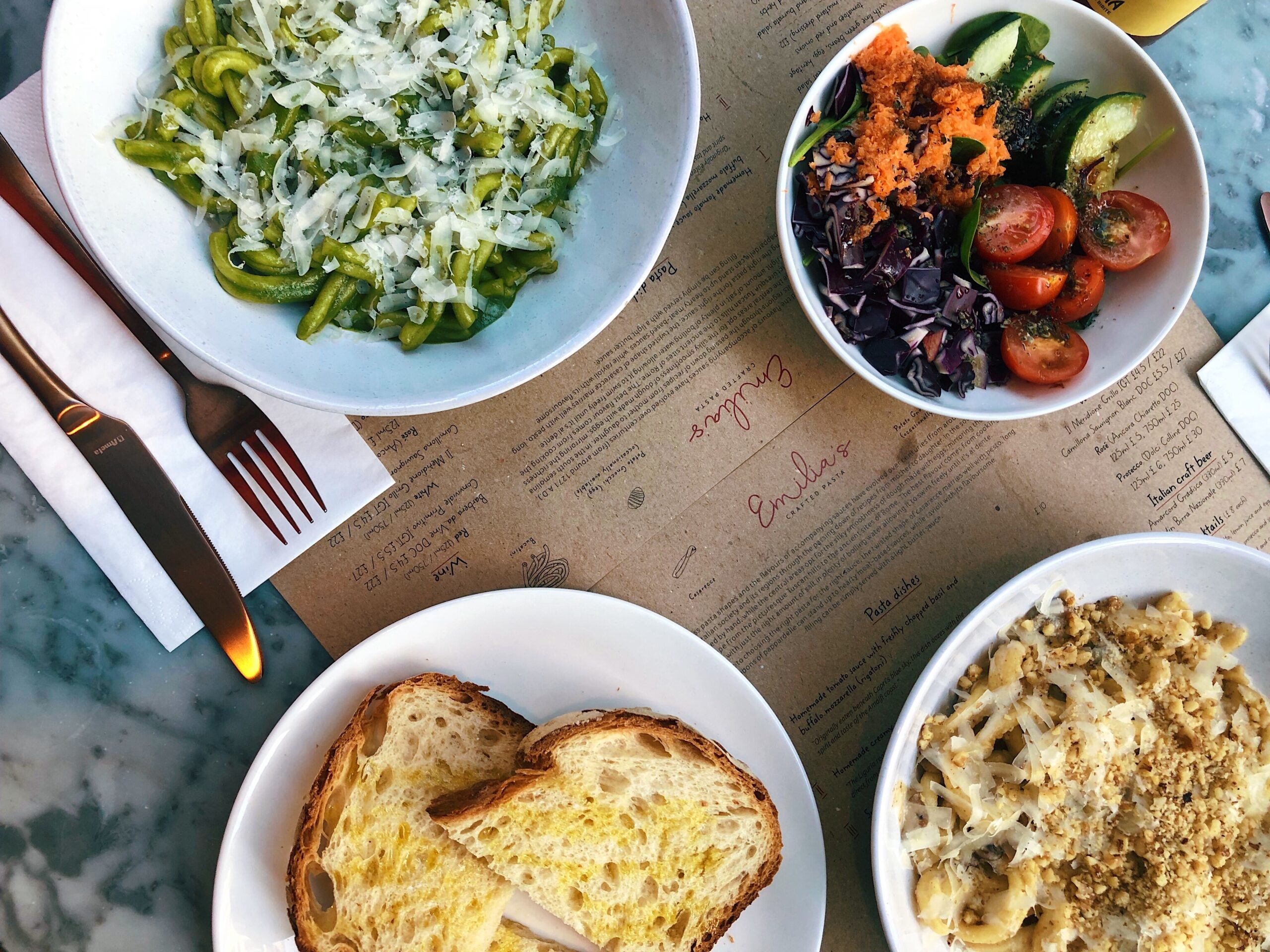 EOTHO extending through to September