After the Fall captures a singular period, when one of the biggest political changes in recent history coincided with the arrival of a new musical movement. Post-Wall Berlin was the perfect breeding ground for the youth culture that would dominate the 90s and change the way we look at the city forever – Techno!

The exhibition show will include photographs by German artists Ben de Biel and Tilman Brembs as well as, films and documentaries. A special reading by Felix Denk and Sven von Thülen, authors of ‘Der Klang der Familie – Berlin, techno and the fall of the Wall’ a recently published account of the days of Berlin’s early techno scene.

East Berlin was full of disused spaces and abandoned buildings, just waiting to come to life again. It wasn’t clear who owned these warehouses and deserted office blocks, which led the techno pioneers to take over and set up shop.

Clubs, galleries, squats, studios and workshops soon sprung up – only to disappear again a few weeks later. Within a short space of time Berlin had become the focal point of a new culture, attracting enthusiastic followers from all over the world to clubs such as ‘Tresor’ and ‘E-Werk’.

Among those early techno aficionados were writers, artists, photographers, musicians and fashion designers. Techno quickly developed into a lifestyle and mass movement, finding its most exhilarating expression in the Love Parade. 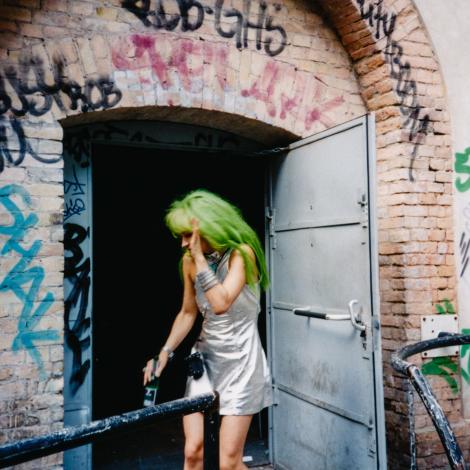