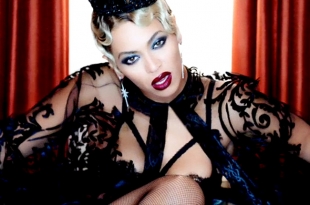 “Beyoncé has been on a 123-show tour since March. She kicked off 2013 singing the National Anthem at the inauguration and then performed at the Super Bowl. And in between taking care of her small child and Instagramming her every bowel movement she somehow found time to secretly record an entire album PLUS 17 music videos and NO ONE leaked any of it to the world? Meanwhile I have a shelf from Ikea that’s been sitting unfinished in a corner since May.”

The truthful and funny words of a random fan on Instagram. But it’s true – Queen B shook the nation and killed the curse of Friday the 13th – the date of her release. She not only gave us seventeen music videos; she gave us fourteen beautifully sounding tracks – ALL ON THE SAME DAY. Her strength and work ethic never fails to amaze the billions of fans she attracts at every living moment.

Her most talked about album of the week, named after her, became the reason why iTunes crashed for almost 24 hours! Only Queen B could do that. Her visual album totalling to 32, gave her worldwide fan no excuse whatsoever to not see her in concert, which she also announced that week. Four days in London where she would perform her incredible latest album.

Explicit music video, Drunk In Love starring her husband of over 10 years Jay-Z, got social media buzzing over the following releases of her other music videos. Mine featuring Drake was also a big hit especially with the launch of Drake’s UK concert in the same month as Beyoncé. What a month March will be.

I’m incredibly lucky enough to be seeing Beyoncé on Saturday 2nd March 2014 at the London o2 arena. I am literally counting down the days and can’t wait! Her album is pure perfection, and £13.00 very well spent. Buy it here: https://itunes.apple.com/gb/album/beyonce/id780330041

Do you love Hanna’s review? Why not comment below