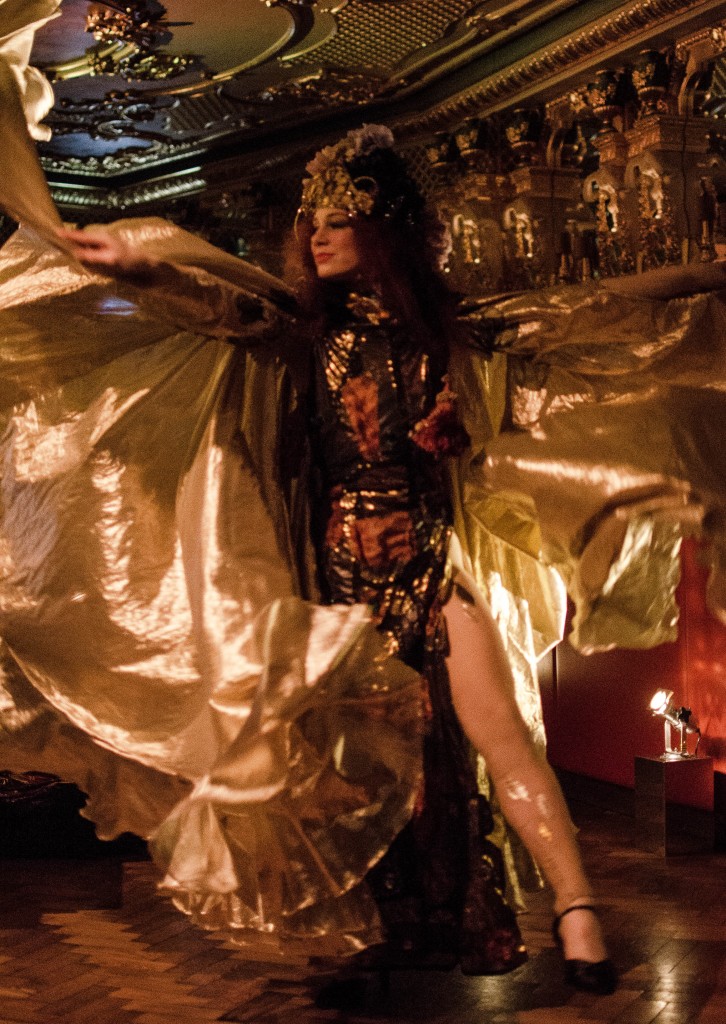 I felt a little underdressed arriving at the Hotel Cafe Royal, which, for me, is a rare feeling but then I this was no ordinary evening, or ordinary venue. The Hotel Cafe Royal’s Grill Room has played host of the past century to everyone from Oscar Wilde to Mick Jagger and many, many more. It is a stunning room done out in Louis XVI style with gold and glass everywhere. Recently refurbished, this most exclusive venue is found just off Regent Street and if you are looking for somewhere to really drink in style, this is the place.

Being seated at one of the small seats to the side of the stage area, never having been to a cabaret before, I really had no idea what to expect. Very soon, however, it became clear. The hilarious French compere launched into a selection of witty songs and his savagely Gallic humour left the audience in stitches. Looking the part in a blue suit, no shoes and a glass of red in hand he really played to the stereotype, but delightfully so.

Introducing the first half’s acts, we were treated to a mixture of songs, burlesque and comedy. Covering all bases and appealing to all tastes and sense. The evening, complete with exquisite drinks from the best bar selection I’ve ever seen, really had something to offer everyone, from the wonderful comedic antics of the Plump Pigeon (to Edith Piaf’s The Little Sparrow) to the extraordinary burlesque performance of Vicky Butterfly.

Another brief interlude and some more Gallic humour from our French compere and the evening rolled along nicely to the highlight of the show’ Marciella Puppini of the Puppini Sisters. Performing what must be a completely unique feat and singing Puff the Magic Dragon in German, as a tribute to Marlene Dietrich, the Puppini sister’s years of showmanship really showed and despite the incongruous nature of the song it really moved the audience. I suspect the trio of drunk Germans in the corner help too…

Finally ending on an astonishing gymnastic performance, the likes of which I suspect the Grill Room has never seen before (featuring an upside down strip tease) the final act left us spellbound to wander out into the night.

The Black Cat Cabaret has taken up residence at the Hotel Cafe Royal and I highly recommend you visit. They can be found there every Wednesday and Friday, tickets are available here from £25. They can also be found on Twitter, Facebook and Instagram.