So I work a few shifts a week in a Soho restaurant, but after the tummy rumbling began a little too close to my shift starting for comfort (jelly legs like you wouldn’t believe!) I had to find some nosh pronto!

Okay I’m definitely no saint, and I get proper hangry/indecisive when lack of food is involved. So I may have nipped into Wholefoods, filled my box, weighted it, checked the price, had a mini heart attack, looked at my watch and errr run off.

So times ticking and I was still foodless. So I literally scooted into the closest establishment I could find. Luckily for me this happened to be Charcoal. 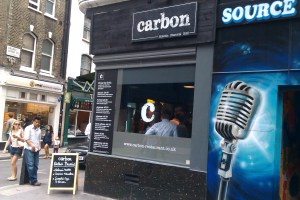 I have to admit usually when you go into a noshery and it described itself as ‘eclectic’ the food is all different cuisines none of which done that well. However Charcoal blew this stereotype out of the water!

The skewered meat and vegetables are barbecued right in front of you. So you can choose wraps, salads or from the grill. I decided to sample the grill, there was an international choice! 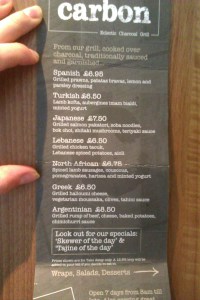 Basically a clever advertisement of different meat & a veg option. I thought that was pretty cool (easily impressed). I went for Lebanese, but with chips as I really was in the mood for our little fired friends.

Wow sweet Neptune’s trident, it hit the spot! I was expecting essentially chicken and chips. But they tossed the chips in an amazing rub/dressing. The chicken was succulent and flavorsome. Ah and the aoili (which I looove anyway) was really garlic-y and made the linner*. It was the best pre-work meal I could have hoped for. 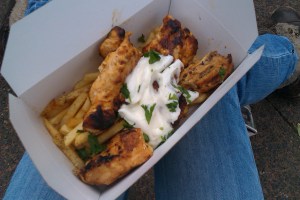 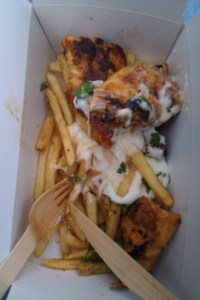 At home in Cornishland pre-work food would consist of a marmite, twiglet and ham sarnie. Not that I’m complaining buuuuttttt I love London

Nosh: The drool on the menu speaks for itself

Dollar Dollar: From the grill was between £6.50 and £8.50. The wraps and salads were under a fiver. Good size so pretty standard for London.

The Team: Let me change my order about 5 mins after I originally ordered! Pretty cool and chilled, kept themselves to themselves.

* Linner is essentially a lunch/dinner combo

A quick mooch round Carnaby Street (@choccywoccyshop ?) then work 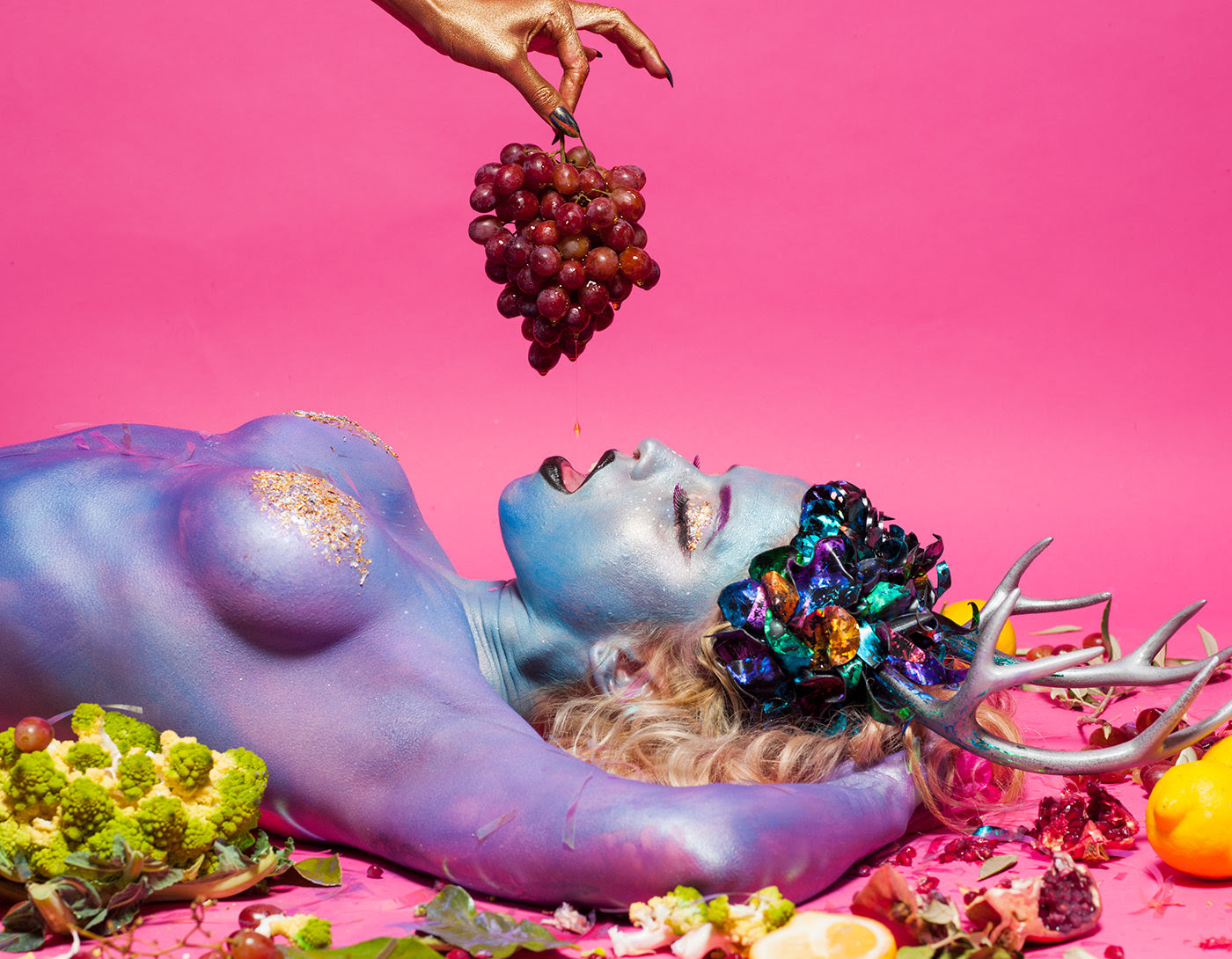