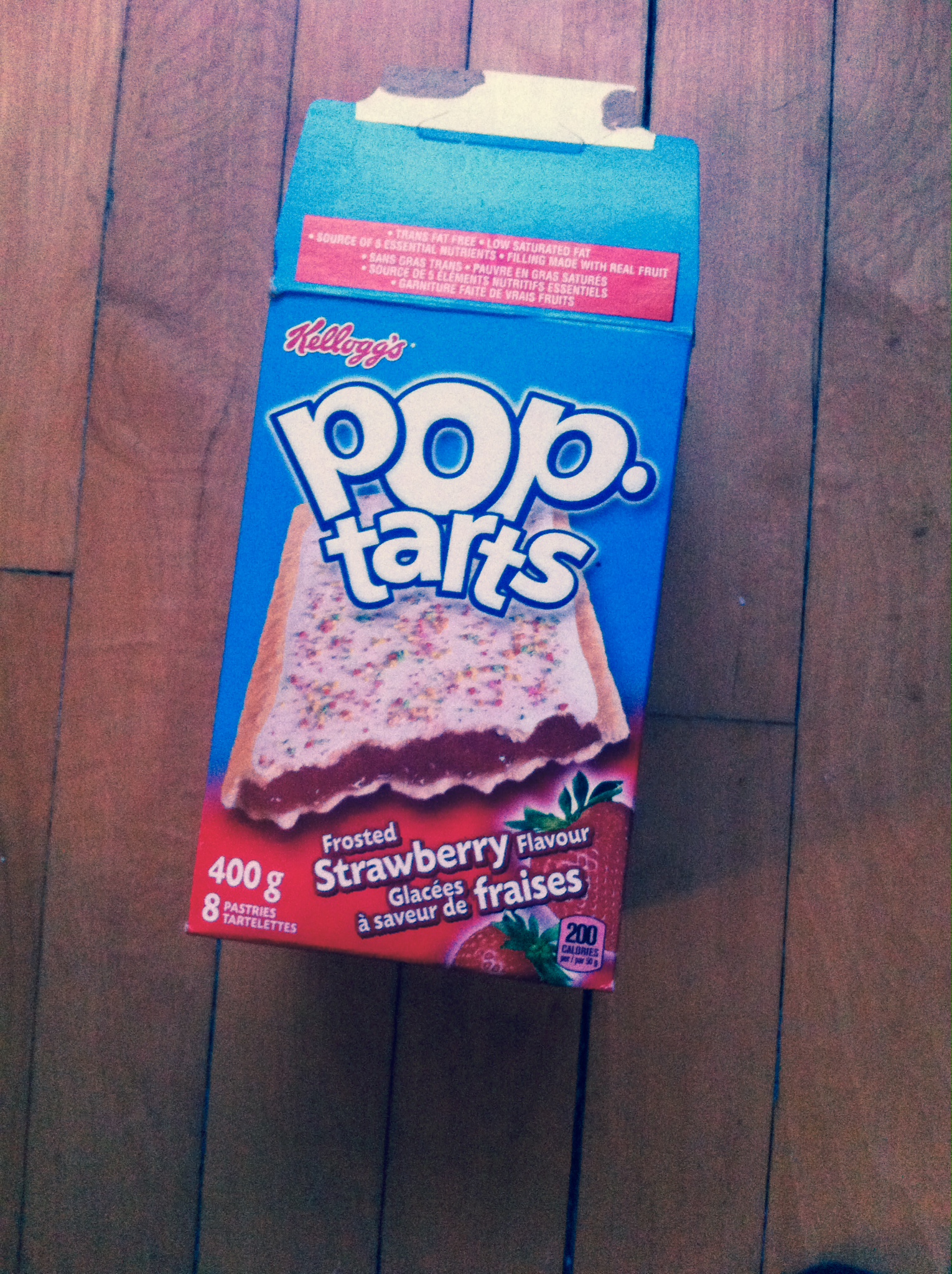 I have to admit breakfast is the one part of my life that’s pretty consistent. 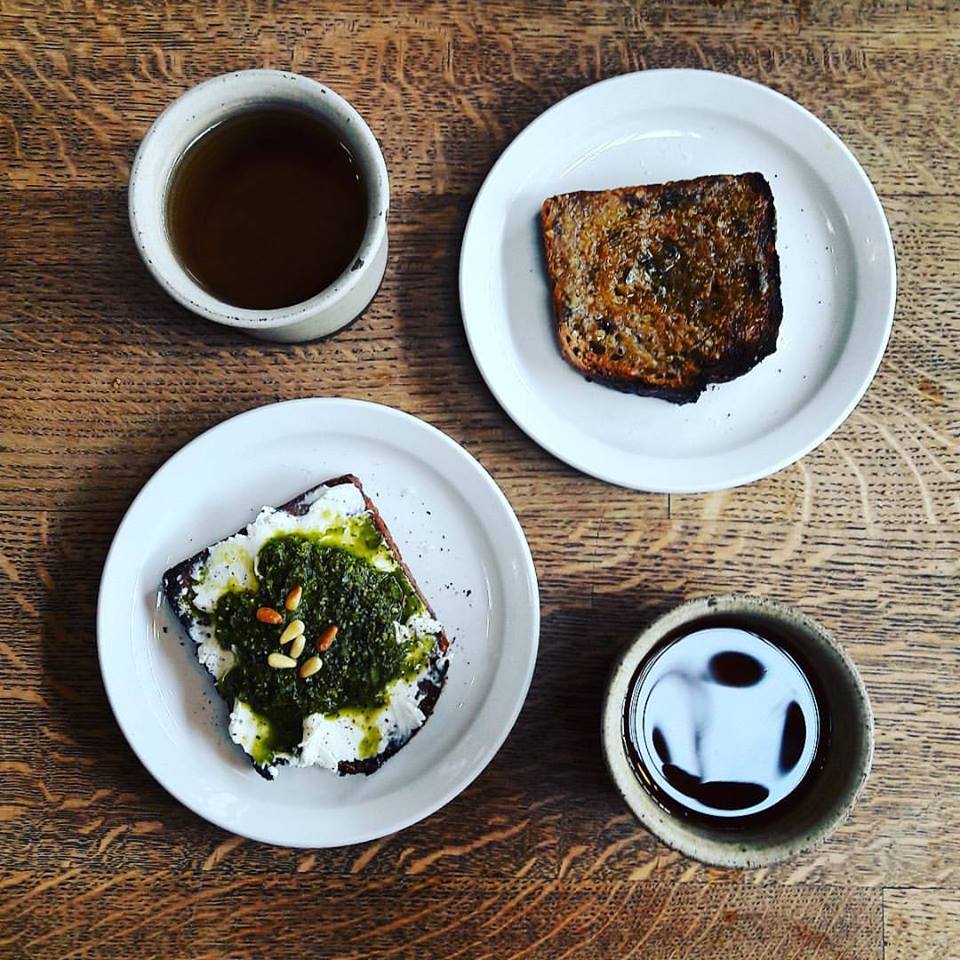 I’ve tried to branch out but my dial always swings back to some sort of fruity/veggie component (I try to do in season), organic sourdough toast from down tut road, mother Glencross’s homemade jam (the product of that time when parents get old and decide to invest in an allotment) and nut butter lathered on top. And then a spoon out the pot. Then maybe another.

And then at the weekend I’m always game for a cheeky croissant. 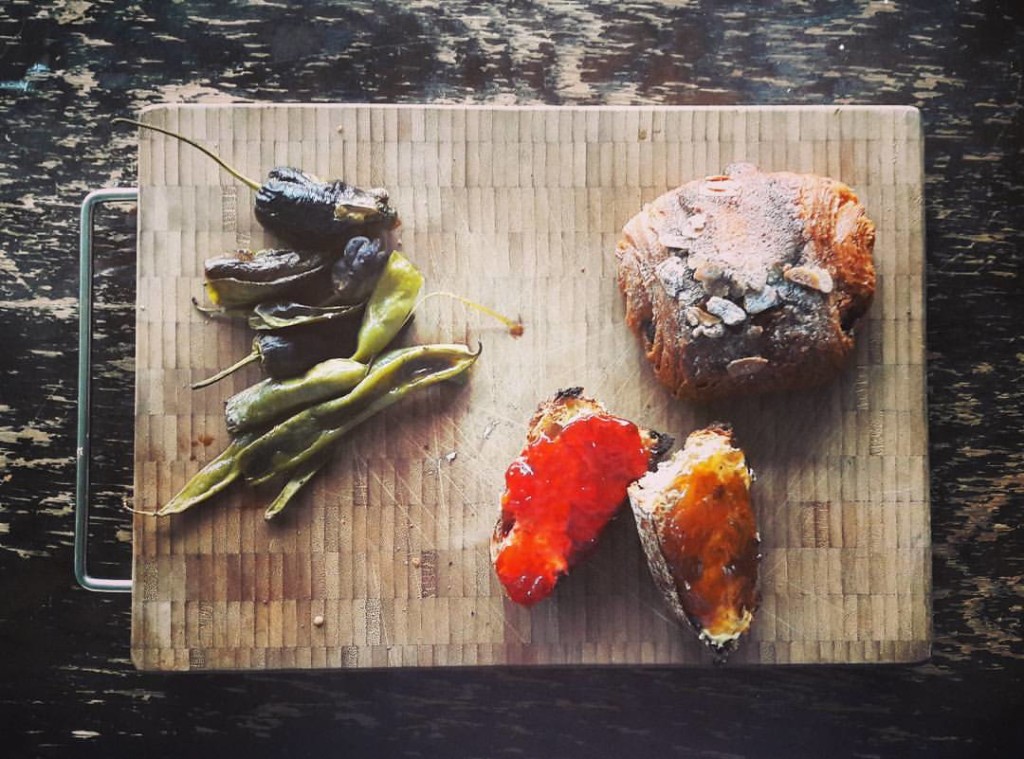 Wow I almost sounded a little posh. There’s a first time for everything.

And then it happened. I moved country. Snow everywhere, no idea what’s in season, not the foggiest where the closest bakery is. I couldn’t even work the toaster oven. Bugger.

A friend, sensing my anguish, gave me a present “Brits are familiar with right?” last week…breakfast toaster pastries aka ‘Strawberry Pop Tarts’. I saw pastry, my face lit up, I accepted the package and trotted off home. 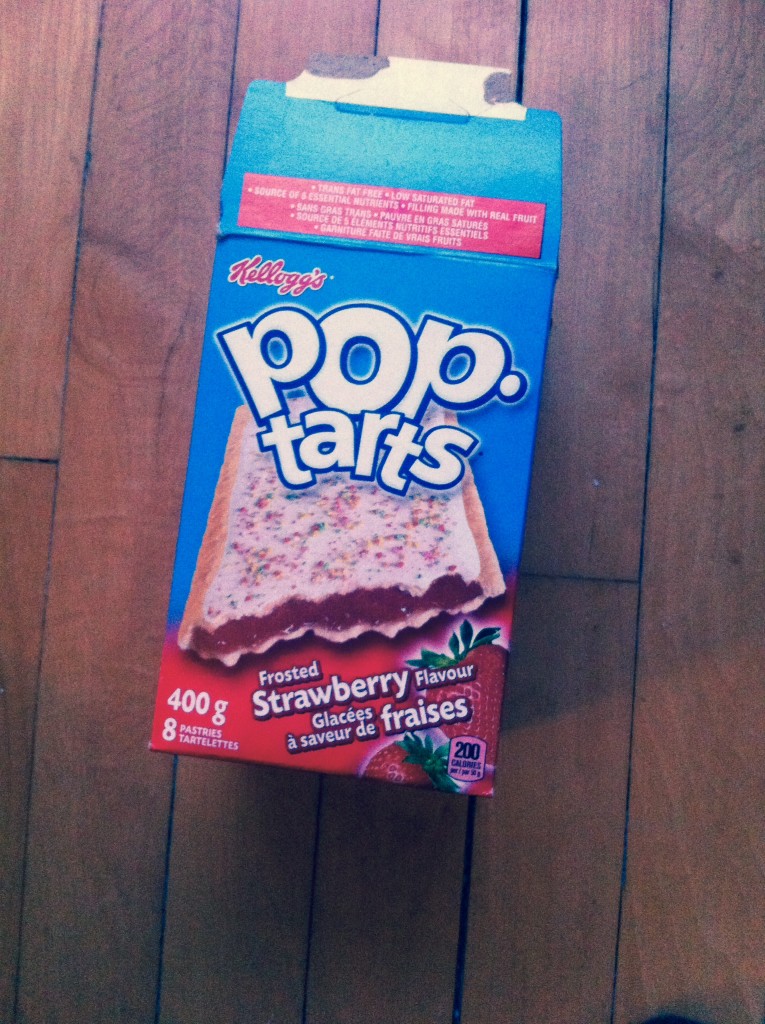 While opening said pastries I realised they weren’t quite like those flaky Saturday morning treats I was used to. Weirdly perfectly rectangle, anaemic looking things covered in icing. For breakfast? Oh so square…. 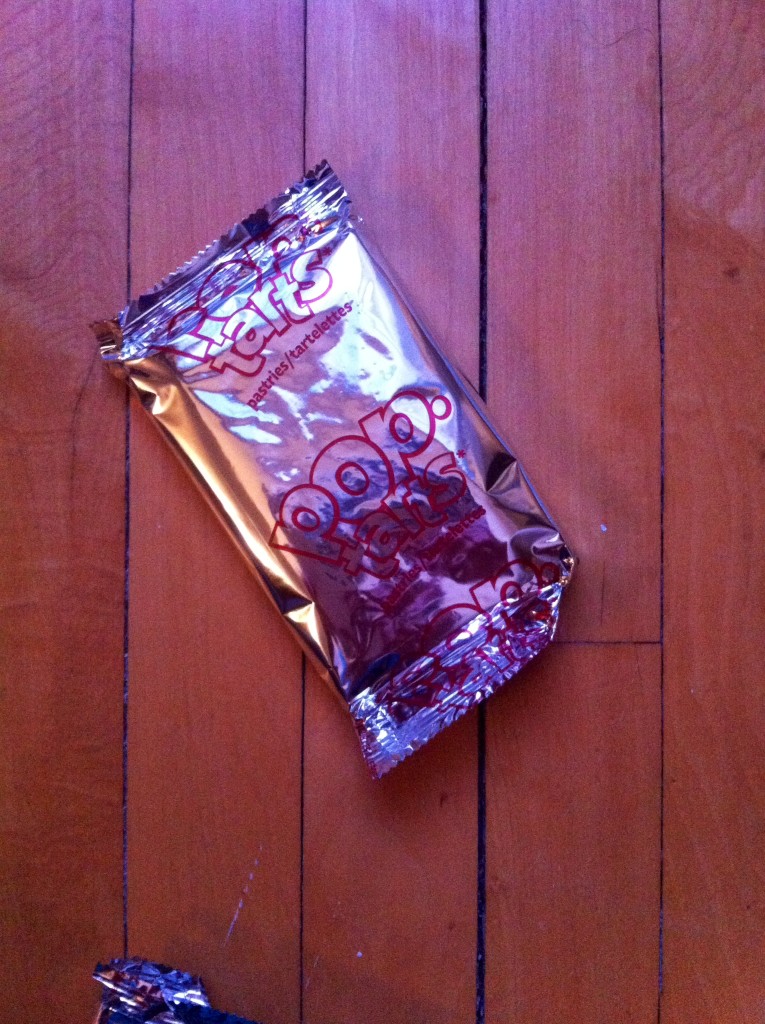 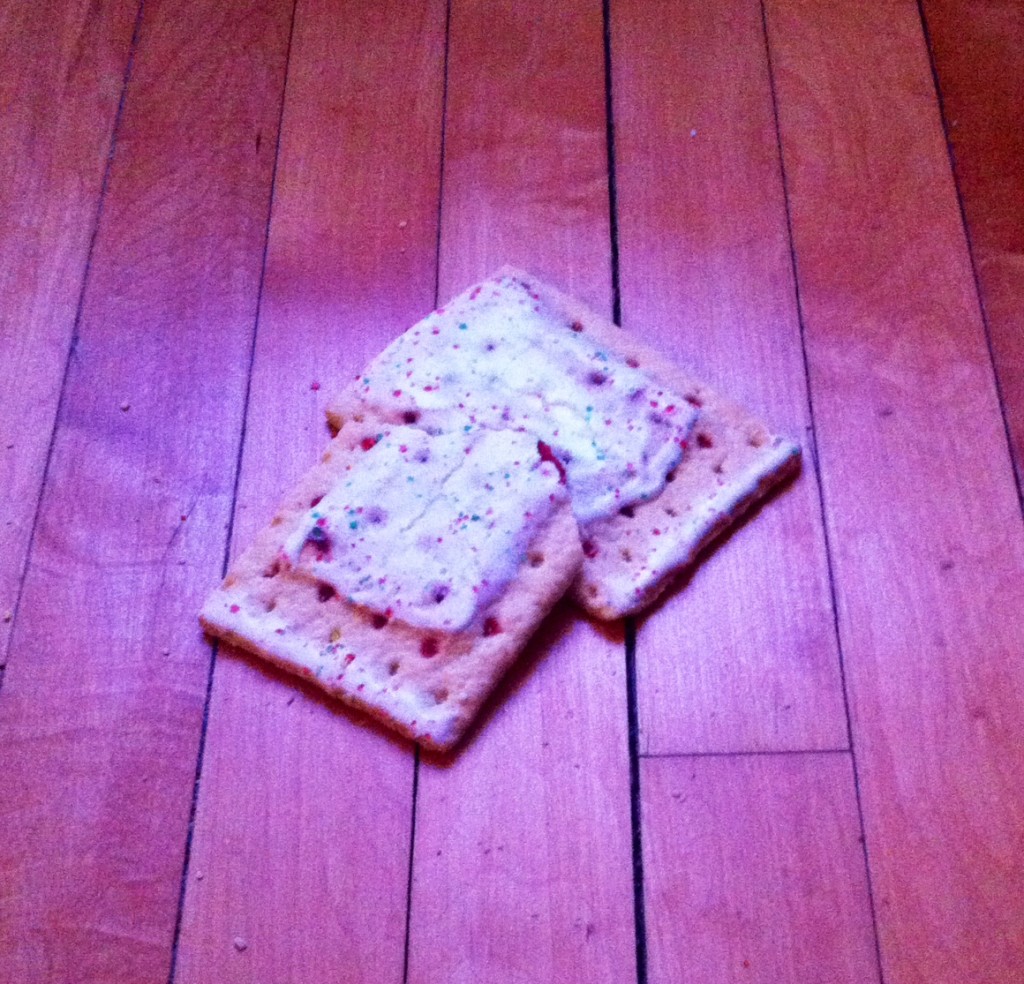 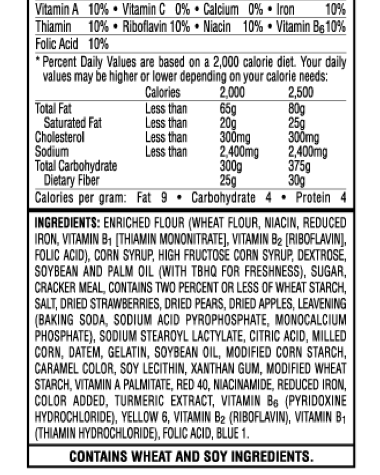 Turning them over, I looked on the back and this is what I found:

I know a few farmers now, and I don’t think many of these ingredients come directly from their fields. You know like a carrot…

So let’s take a few of the ingredients, and have a gand to see where they are from and why they are there.

Roles: Flour is a structural building block for many foods (e.g. baked goods, bread etc.). Fortification/enrichment is present due to lack of certain minerals in the average citizens diet, and wheat is

Source: Wheat. Fortification or enrichment minerals, see some below.

Interesting fact: In the UK all white wheat flour must have iron, thiamin (vitamin b1), nicotinic acid and calcium carbonate added to it by law unless prescribed levels can be proved to be met by the miller. In the US and Canada white flour must have specific levels of thiamin, riboflavin, niacin, iron, and folic acid. 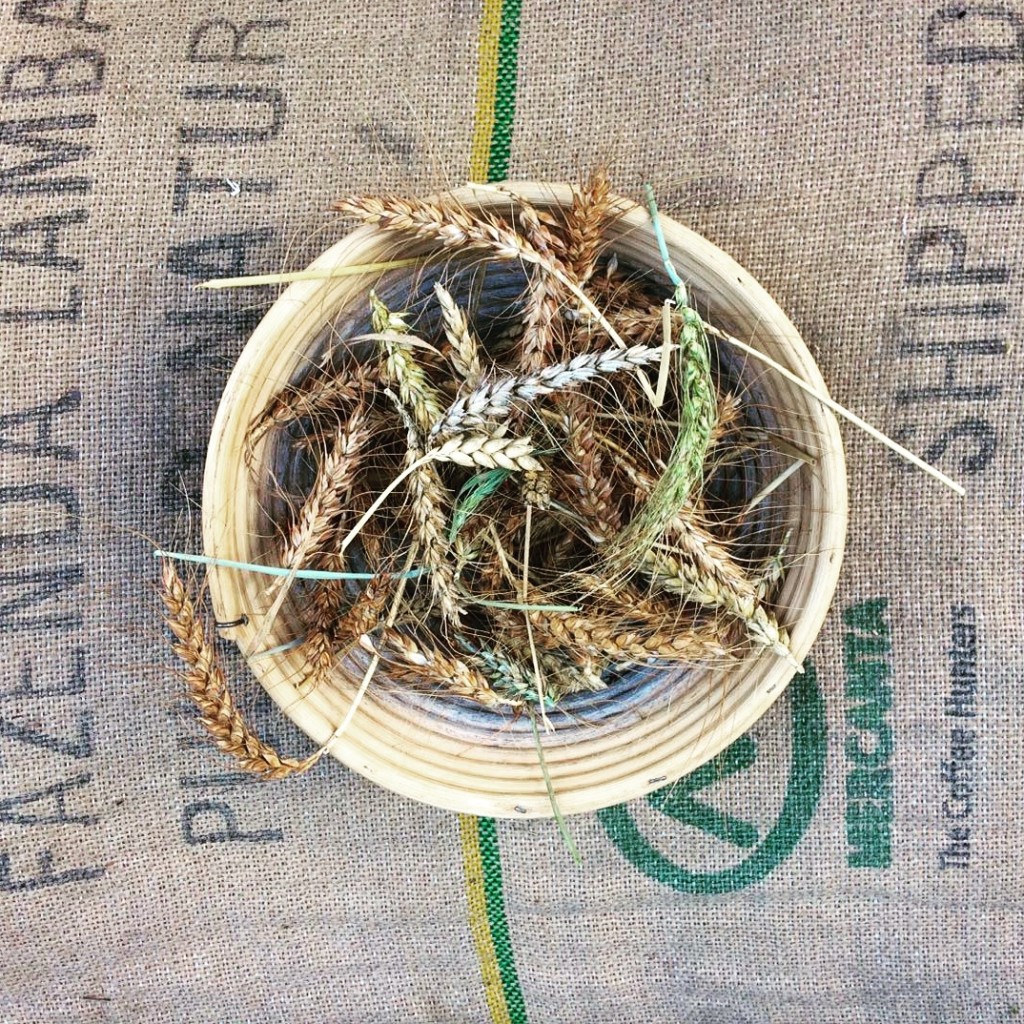 Origin: Number of sources, 2 groups. One is ‘highly bioavailable’ and the other is ‘poorly bioavailable’. Where does that Iron come from? This was hard to find.

From what I could find, compounds are made from iron ore which is obtained through mining.

When these are obtained there are numerous chemical reactions the iron goes through to prevent it altering taste and aesthetic of foods.

I also could not find which foods are fortified using ‘highly’ or ‘poorly’ bioavailable iron. 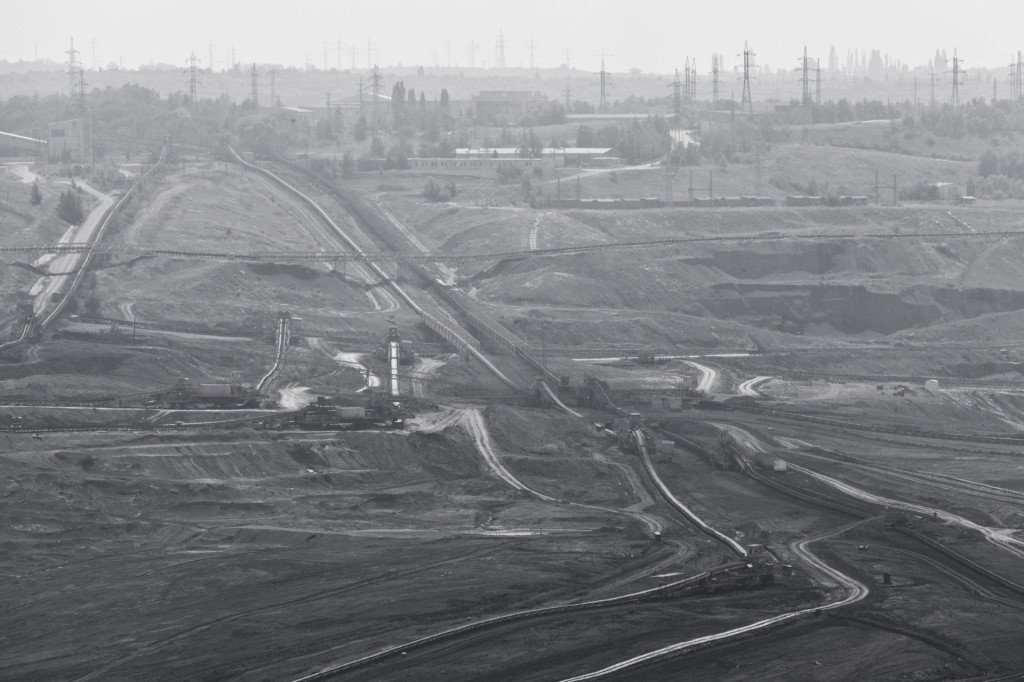 Role: To increase levels of vitamin B1 which have been found to be sub optimal in the general population.

Origin: Natural sources can have riboflavin extracted (examples in the extraction patent include such as beef liver, egg yolk, milk, etc have the highest, mushrooms, spinach, almonds etc. have lower amounts) or a chemical or biological process can convert glucose to riboflavin.

Depends on extraction method, but if glucose is used often from a starch source e.g. corn, wheat, sometimes potatoes. 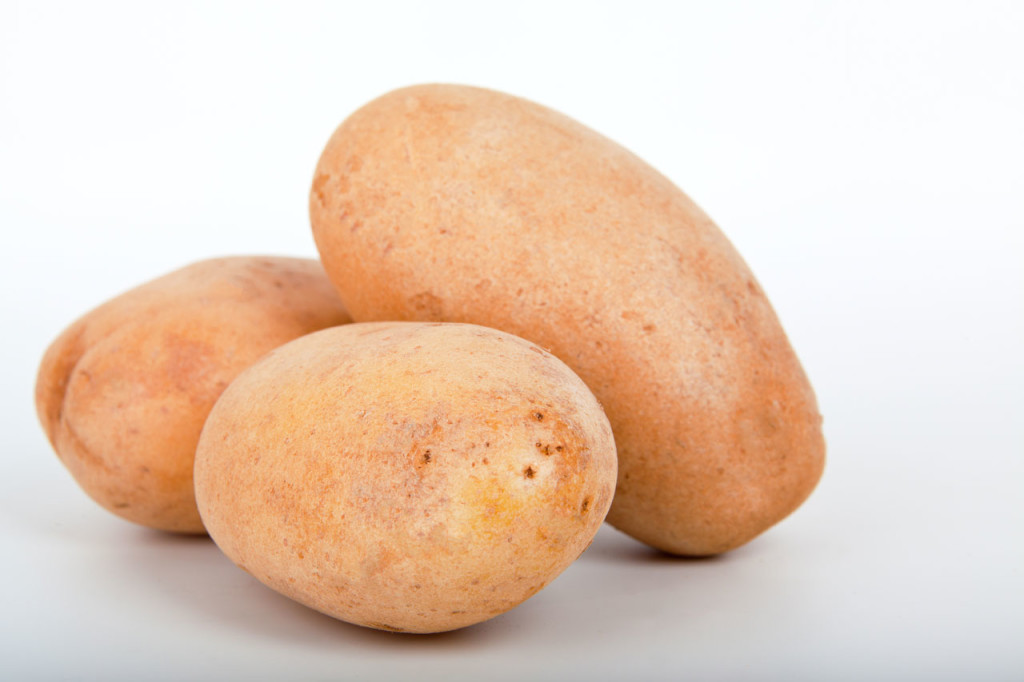 Role: To add ‘sweetness’. An alternative to sucrose (saccharide found in many plants e.g. table sugar from cane or beet)

Origin: Corn is broken down into starch and then its single glucose building blocks using enzymes, chemicals (including caustic soda and hydrochloric acid) and heat. This forms essentially an 100% glucose product, then enzymes are used to convert some to fructose.

Interesting fact: In the US 4 companies control 85% of the HFCS production, 93% of corn grown in the US is GM. 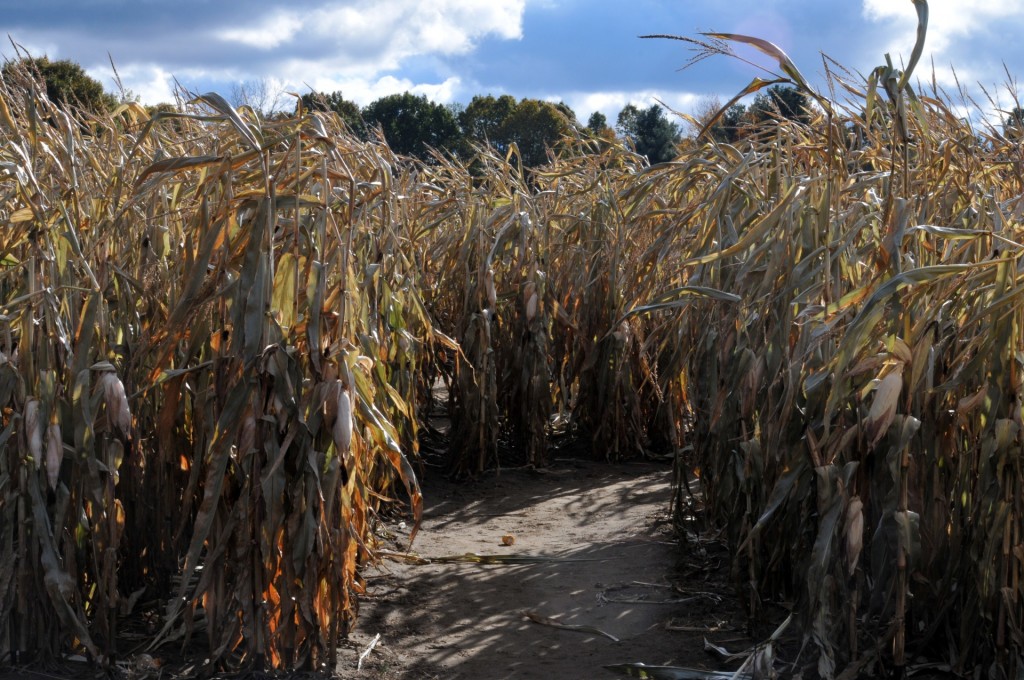 I actually used this in the lab the other day to make a gel, so was intrigued why it was in my breakfast.

Role: Usually as a thickener or stabilizer, often used in gluten free products to improve elasticity and ‘stickiness’

Origin: When a sugar and protein are fermented with bacteria Xanthomonas campestris, precipitated using isopropyl alcohol then dried and ground. Corn, wheat and soy are often used as feedstocks but shrimp shells can also be used.

This is the one I was super intrigued about, as I’ve been eating dark chocolate instead of milk, however there is often soy lechtin in there. Why?

Interesting fact: If non-organic 93% of soybeans produced in the US are GM (generally for herbicide resistance so crops can be sprayed). 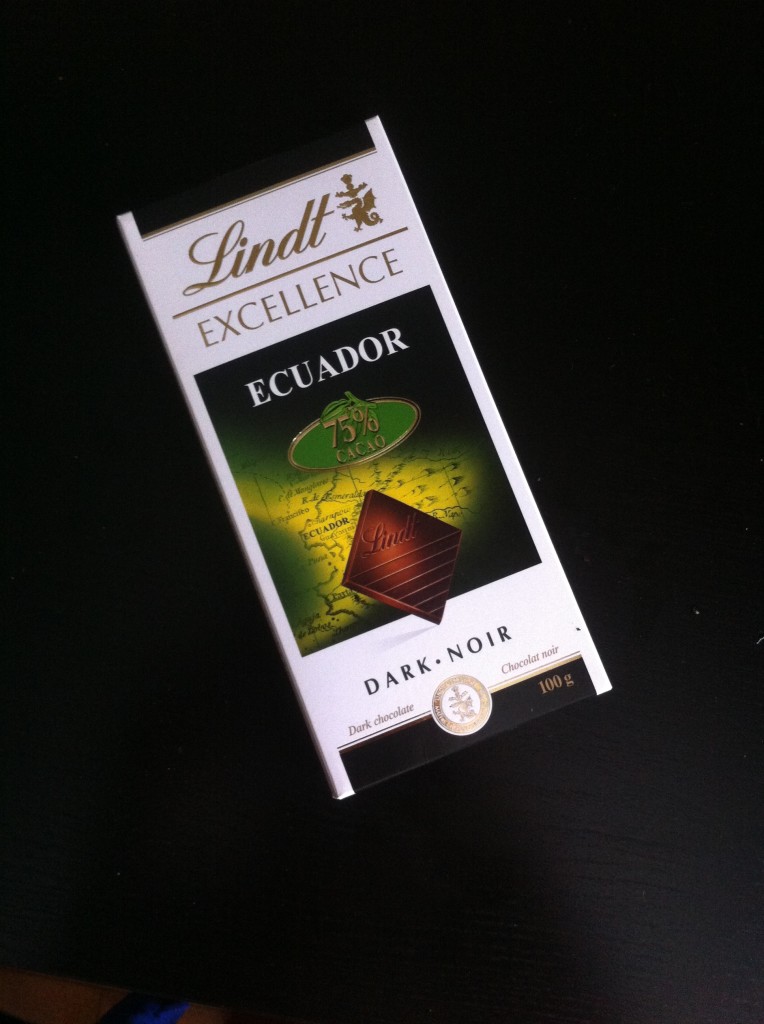 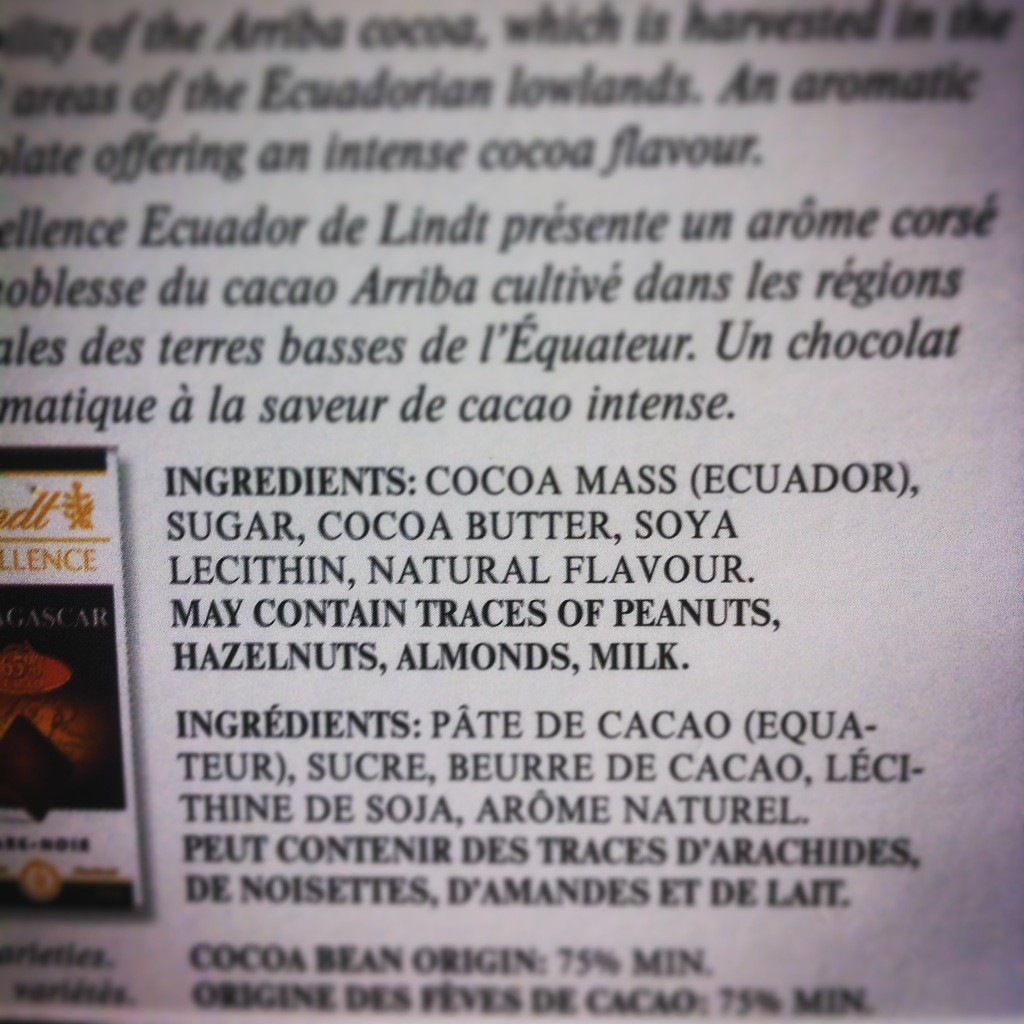 Origin: Initially from coal tar, now often from an oil base made from aromatic hydrocarbons from petroleum.

Interesting fact: I chose this because it sounded more like a paint than a foodstuff 😀 Turn’s out this family of colourants (indigo) are often used in the textile industry including jeans.

And there are three colorants in one anaemic pop tart!? 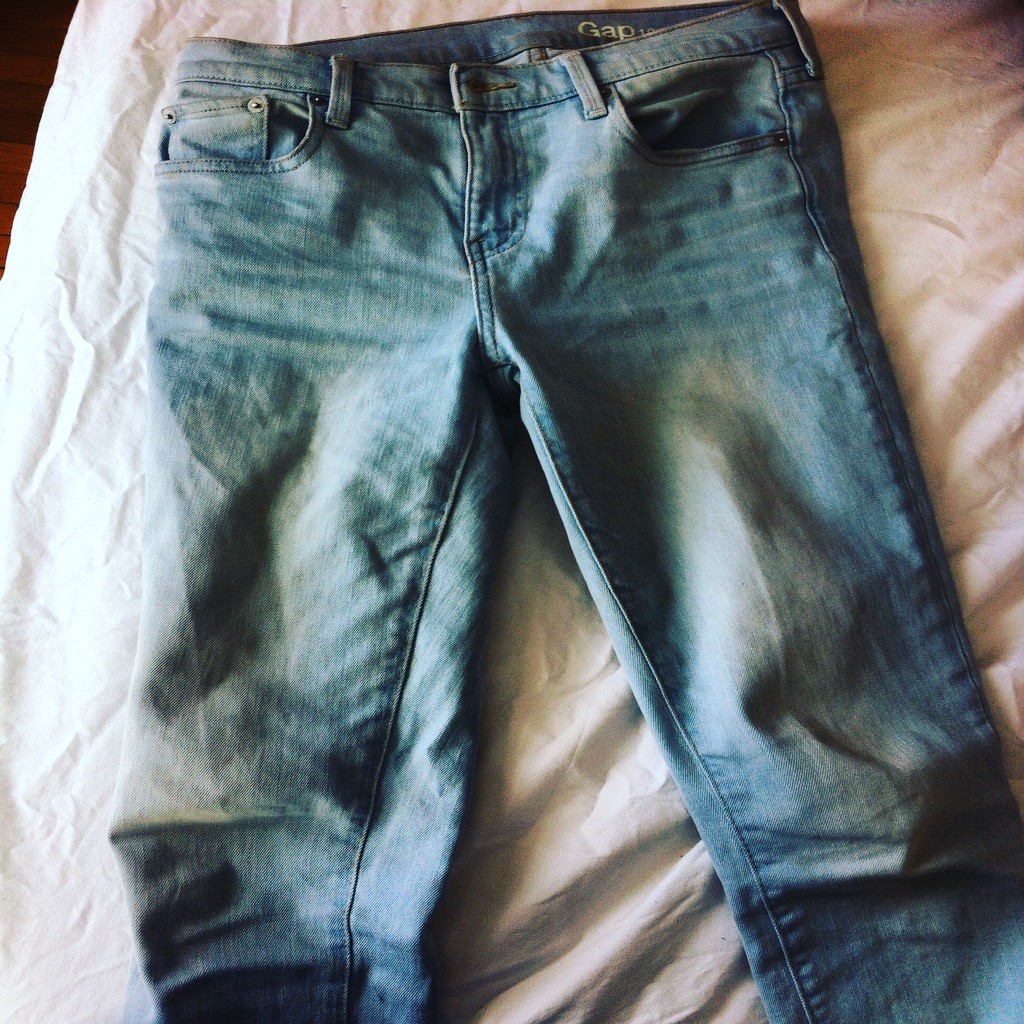 –          We are taking minerals, sometimes from cereals and putting them back into flour to make up for the nutrients we are taking out processing, or have bred out in the cereals.

–          We are adding a couple more bits and bobs to make everything mix together and then stabilize.

Righto, totally makes sense…? Well then, that’s quite a lot to take in.

Never one to judge a book by its cover I tried one of these delectable treats. They tasted pretty much like jeans. Ewww. All in the name of science right?

I think I’ll stick to the bread and jam in the future or eat cardboard dipped in paint, probably better for me…

Check out other inquisitive food and farming related nerdy-ness at:

Check out #OurField, the cereal co-op movement here! Sharing the risks and rewards with our farmers. 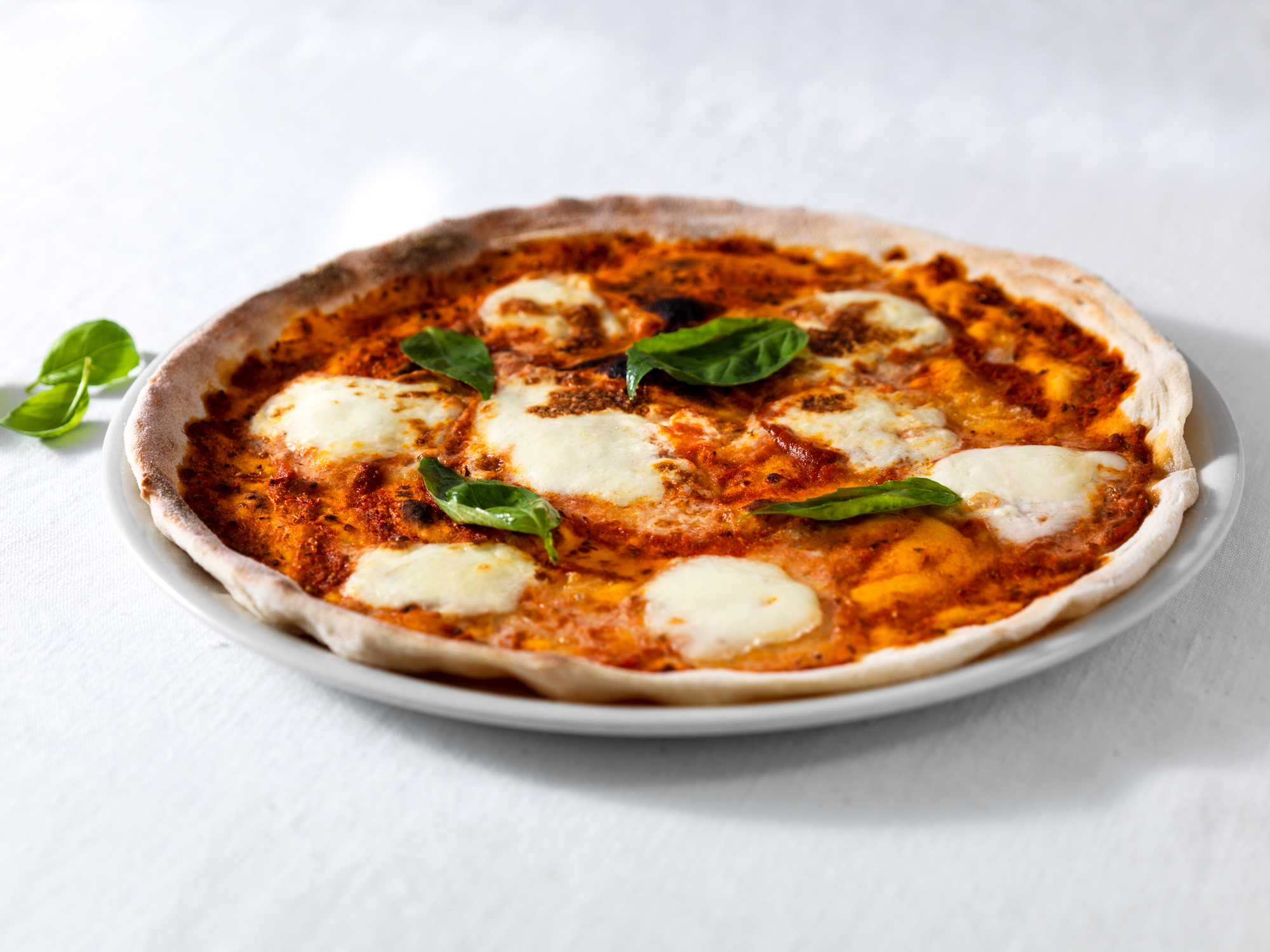 Prezzo Serves Up a Special Menu Until 1st Jan