Our story begins one dark, story and extremely muggy summers eve. My friend are were mooching post work around Soho but lacked lustre in the shopping frame of mind after a intensely sweaty round at primark. As our tummies grumbled we decided to steer clear of our usual haunts (Shakeshack, Meat Liquor and The Diner with all their meaty goodness!) in search of something a little more fresh and light.

Our journey took us down Wardour Street where we stumbled upon the bright and airy Hummus Bros. and decided to park there. 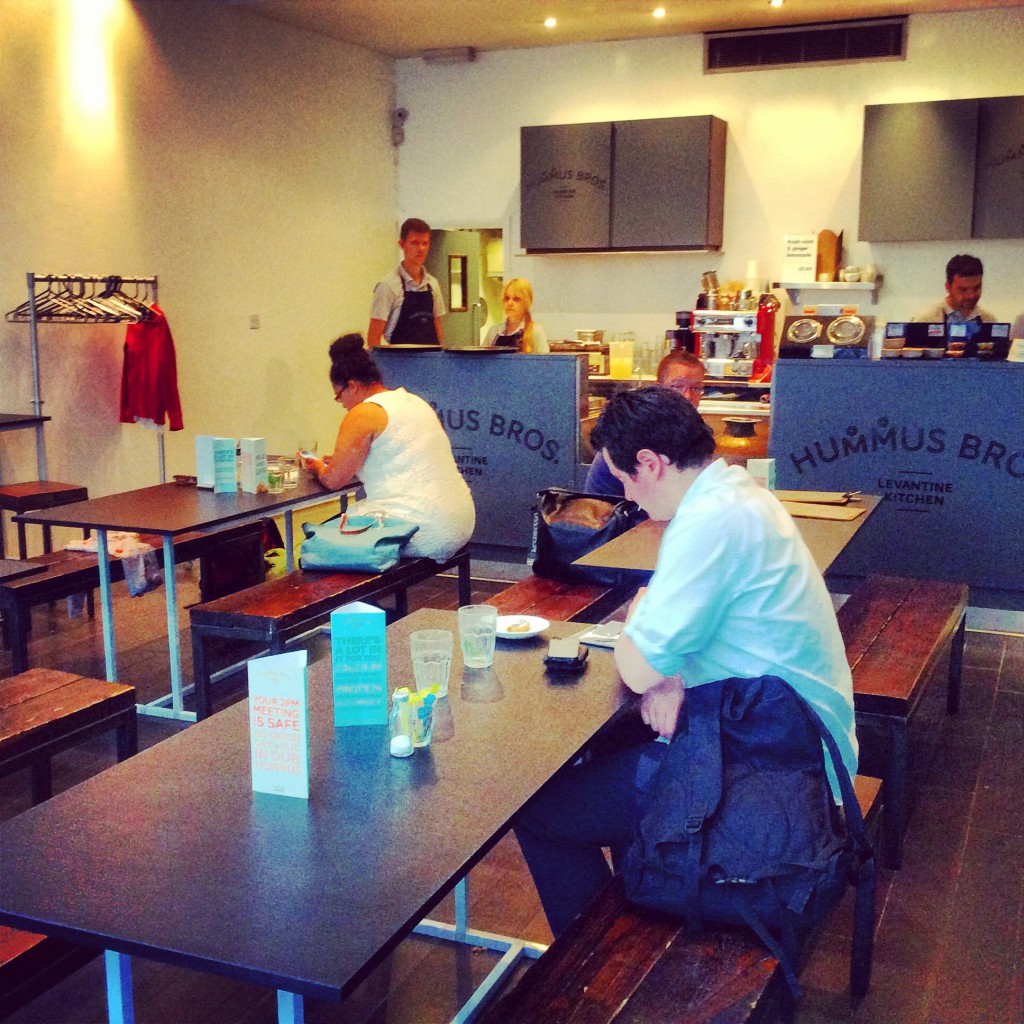 As you may have guessed hummus was the name of the game here. And we opted for a seasoned minced lamb and a tomatoey chicken and guacamole, teamed with Greek salad, aubergine , feta cheese and sun dried toms. We definitely had eyes bigger than our tummies.

My lamb was surrounded by a ring of hummus and dollop of taziki. The pittas were really yummy, and quite substantial for pitta breads! I have to admit I was defeated and only managed one. Basically I didn’t need a large even though I thought I might. The lamb was tender and seasoned, and the chicken was tangy and complimented the creamy avocado well. We mixed some smoky aubergines with sundried toms plus a pot of feta, then made a sort of little sarnie with it all. It hit the spot! 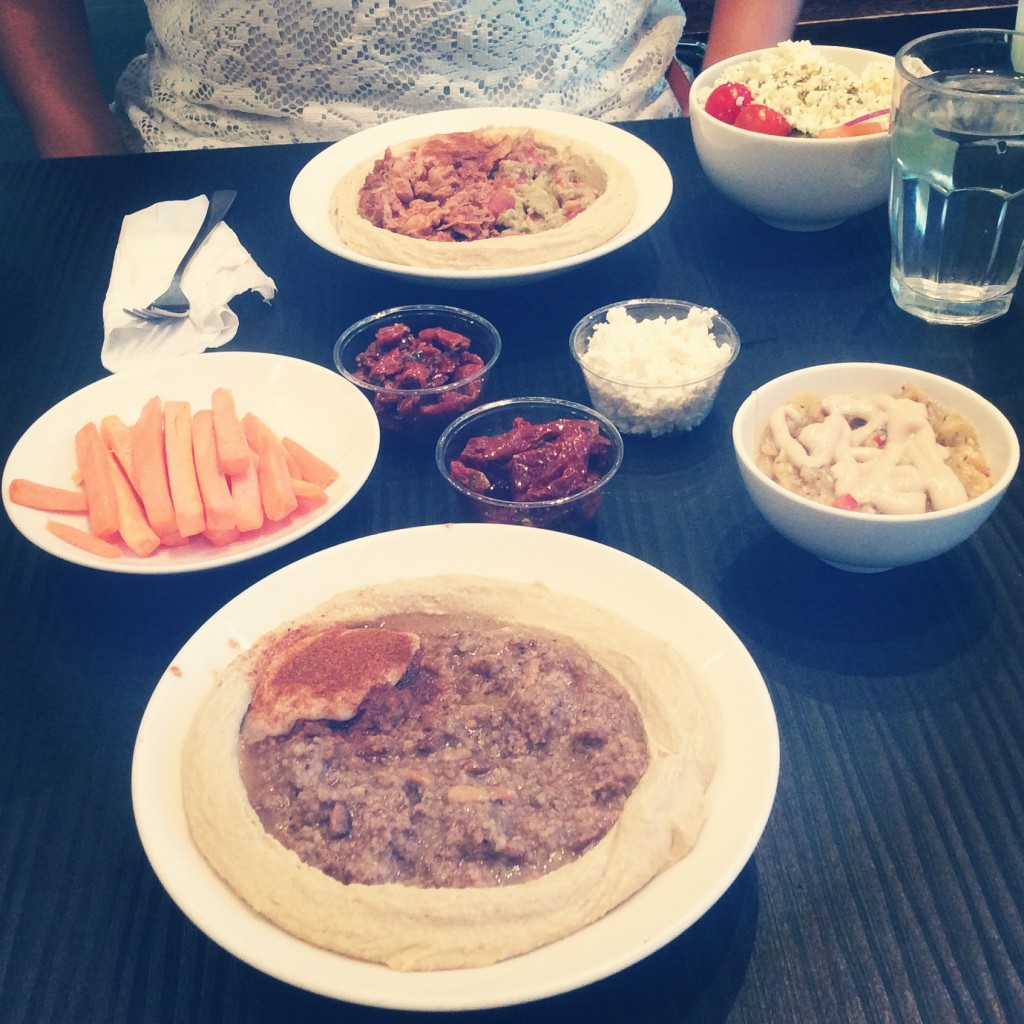 To top it off the manager gave us a baklava each on the house, what a nice man.

We arrived rather early (about 6pm) so it was rather quiet (and we were rather loud!) but I have been told this is short lived as the numbers increase significantly as the evening develops! Luckily for us the means our food was served up in no time.

Overall if you are looking for healthier fast food HummusBros fits the bill. Filling and with a good variety you won’t be disappointed if you’re looking for a hummus fill! Check out their menu here.

Have a browse of their Website, /Hbros and @Hbros. The guys offer hummus-sy goodness in Soho, St. Pauls, Holborn and Exmouth Market. They are also releasing a book! #hummusthedate