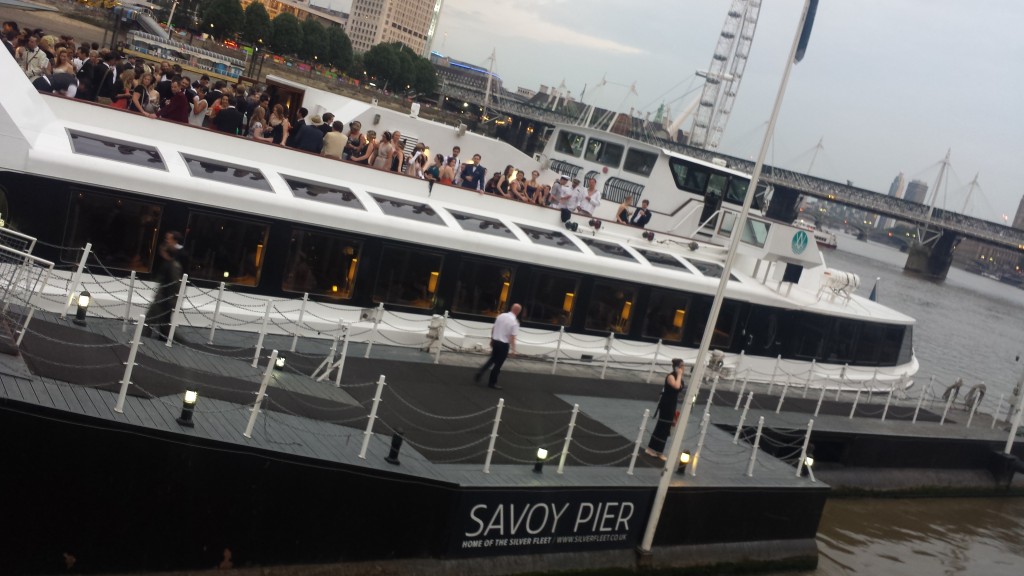 “And so we beat on, boats against the current, borne back ceaselessly into the past”. This is the last line of Scott F Fitzgerald’s The Great Gatsby and pretty much my first impression of The SS: Atlantica Summer Voyage. The ship  – real name ‘Silver Sturgeon’ – had been given an art deco makeover to emulate a 1930’s Ocean Liner. In style, it felt like a fusion of Gatsby and Agatha Christie (minus Leonardo DiCaprio or any murdering) – with all of the fancy-clad passengers really embracing the theme.

It genuinely felt like going back into the past.

Inside there were casino tables, three bars, a jazz band, cabaret acts and a selection of classic cocktails and champagne. The ship set sail at 9:30 and we were lucky to get a warm evening with clear views of London’s most iconic landmarks. There must have been over four hundred people on board but there were plenty of places to go to avoid it feeling crowded. The ticket prices were £25 per head, which was reasonable considering the entertainment, ambience and location aforementioned. 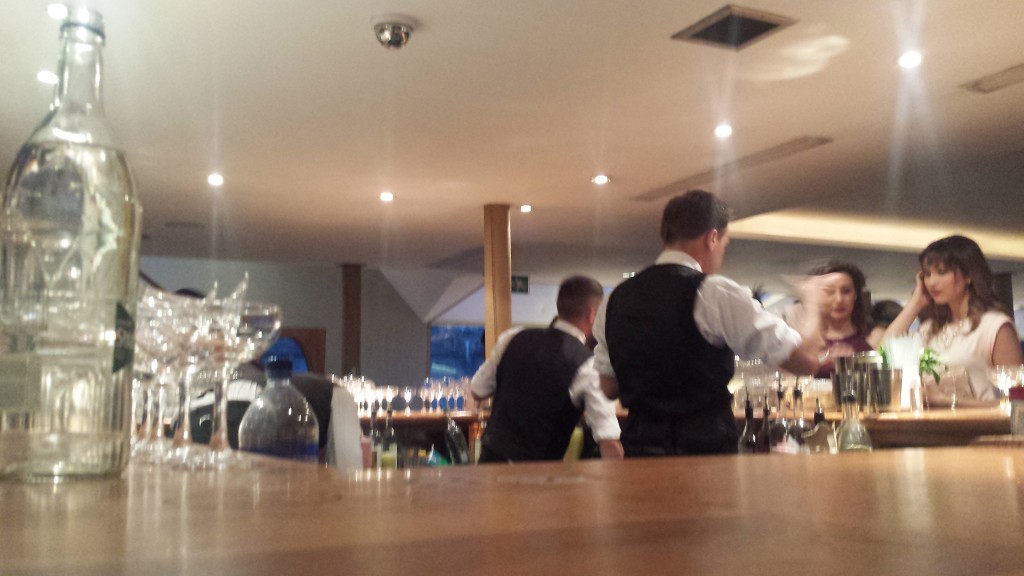 The cocktails were priced between £8 – £8.50 and I didn’t feel they were quite worth it. My girlfriend ordered the Gatsby – vodka in a strawberry and pomegranate syrup – which was tasty but light on booze – and the serving was very small. No wonder it wasn’t called The ‘Great’ Gatsby… I ordered the Raspberry Collins – a raspberry-infused gin and tonic – which was bigger but, again, not very strong. Perhaps the organisers had gone ‘method’ in their depiction of this Prohibition era and done away with alcohol altogether…

Or perhaps not… it was £50 for a bottle of champagne – and I don’t imagine they charge that amount for grape juice. The champagne was served in the gimlet glasses of the period and came in an ice bucket. We were tempted but then we overheard another guest (looking like Al Capone) ordering a double gin and tonic. It was only £6 so we did that instead. They were very good (and strong). 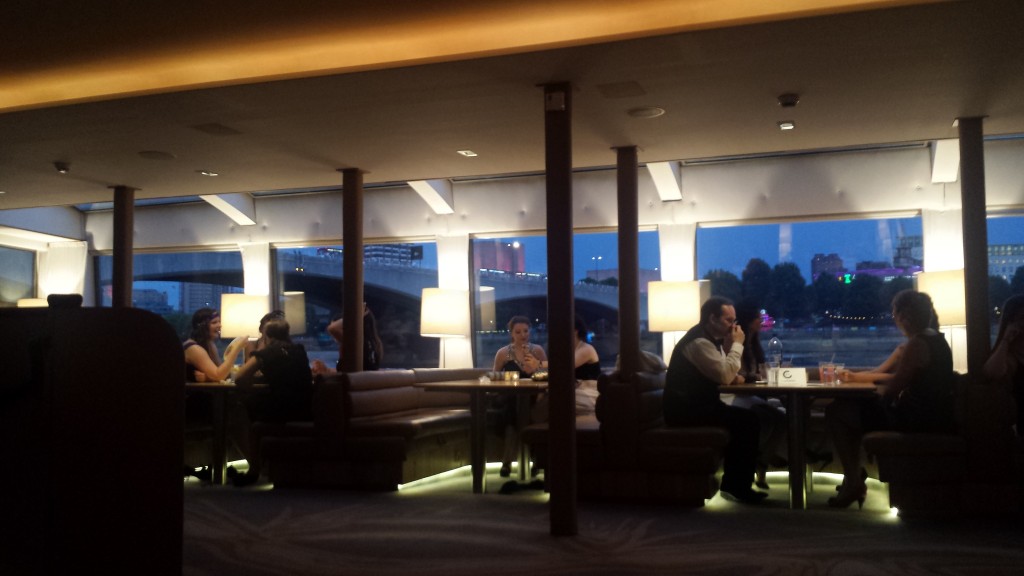 Overall a very well organised and impressively executed event – with great entertainment, a fantastic atmosphere and great sense of period. If it happens again I would recommend swerving the Gatsby. I bet they drank gin and tonics back then too…

Check out Gareth’s Booksie page for his short stories and Youtube Channel for films.

More information – http://www.ssatlantica.com/n or check out http://www.bourneandhollingsworth.com/ for more parties including The Blitz and Prohibition. 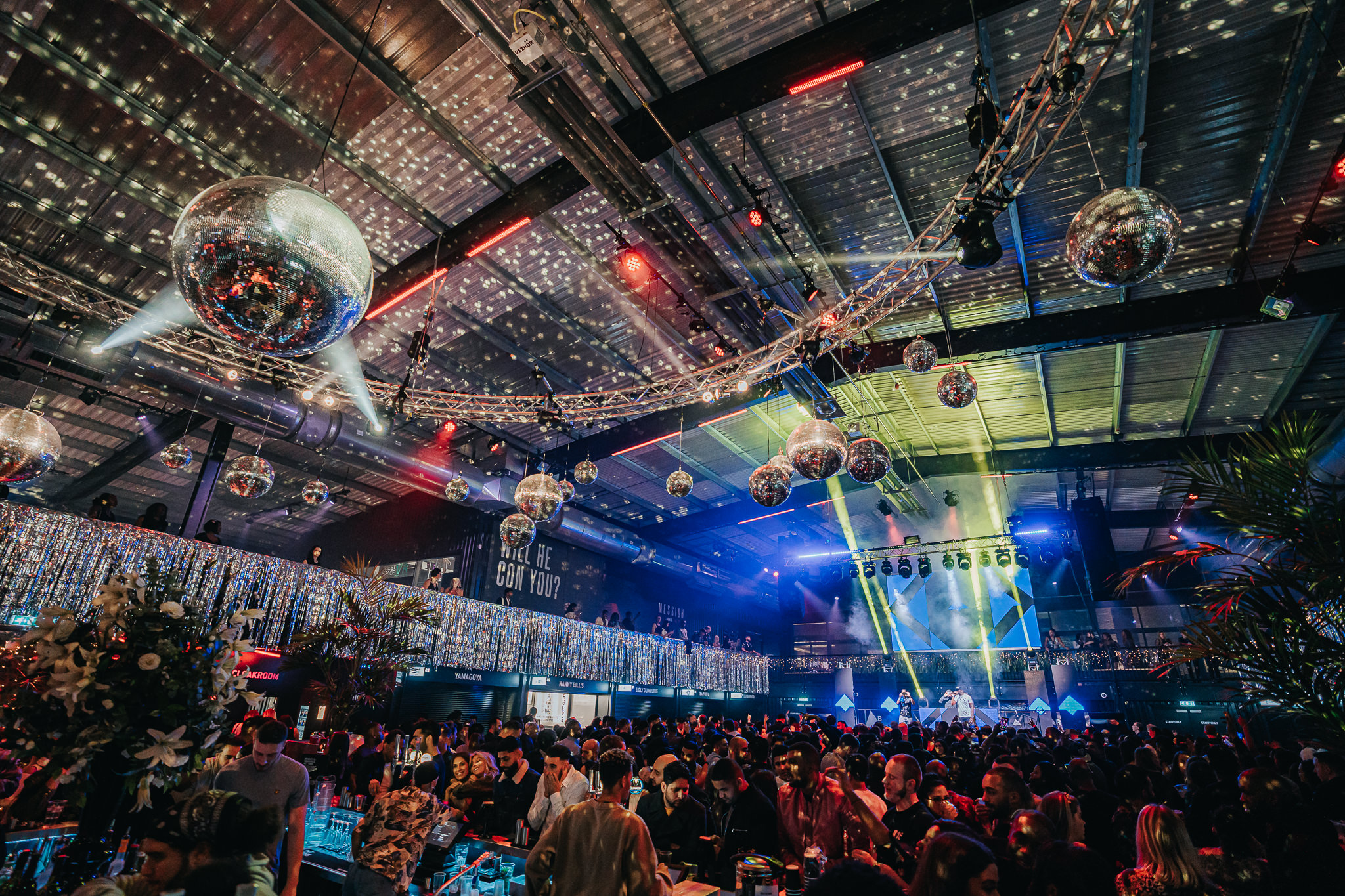 Behind the Brand: Daniel and Lade 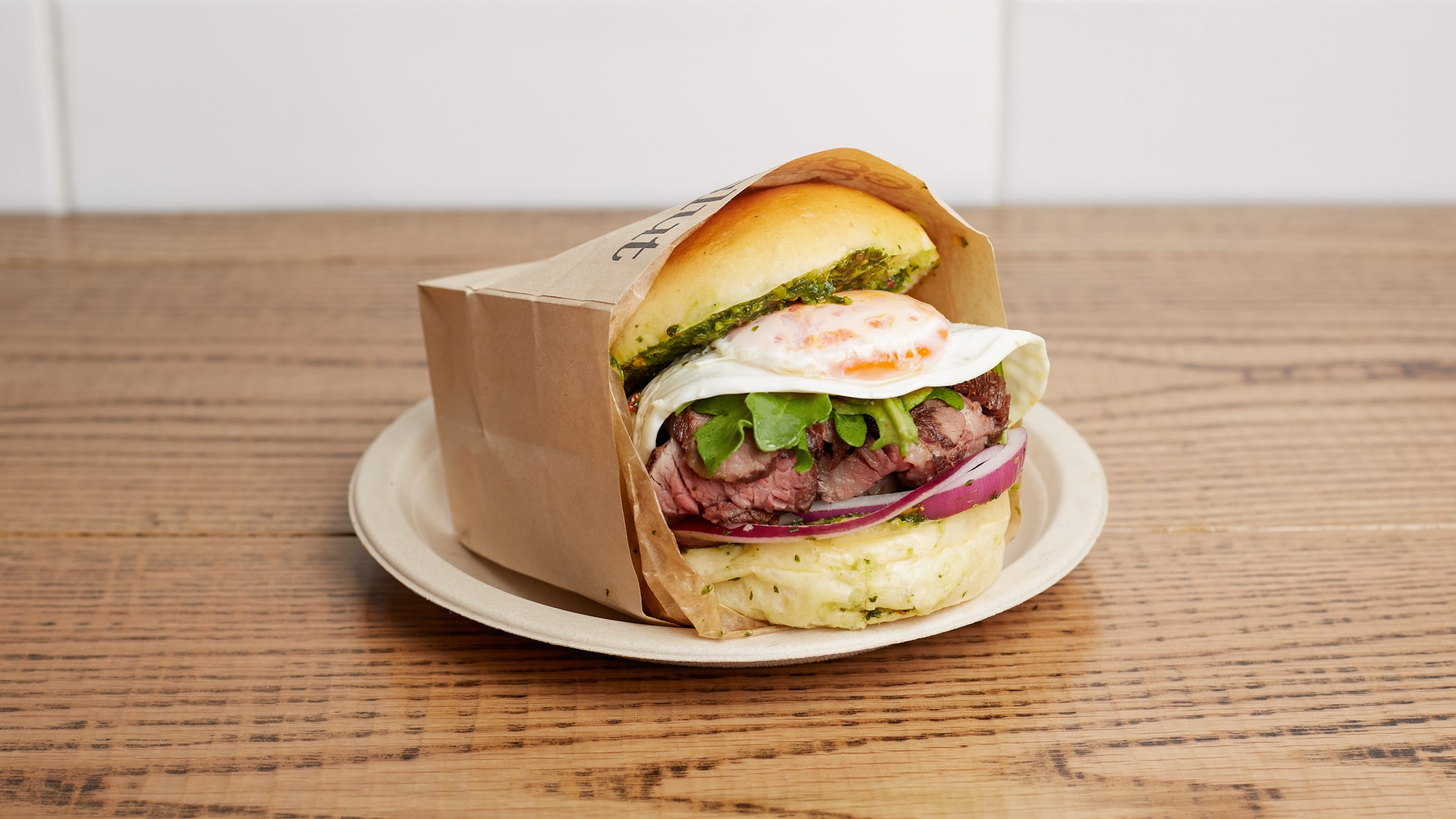