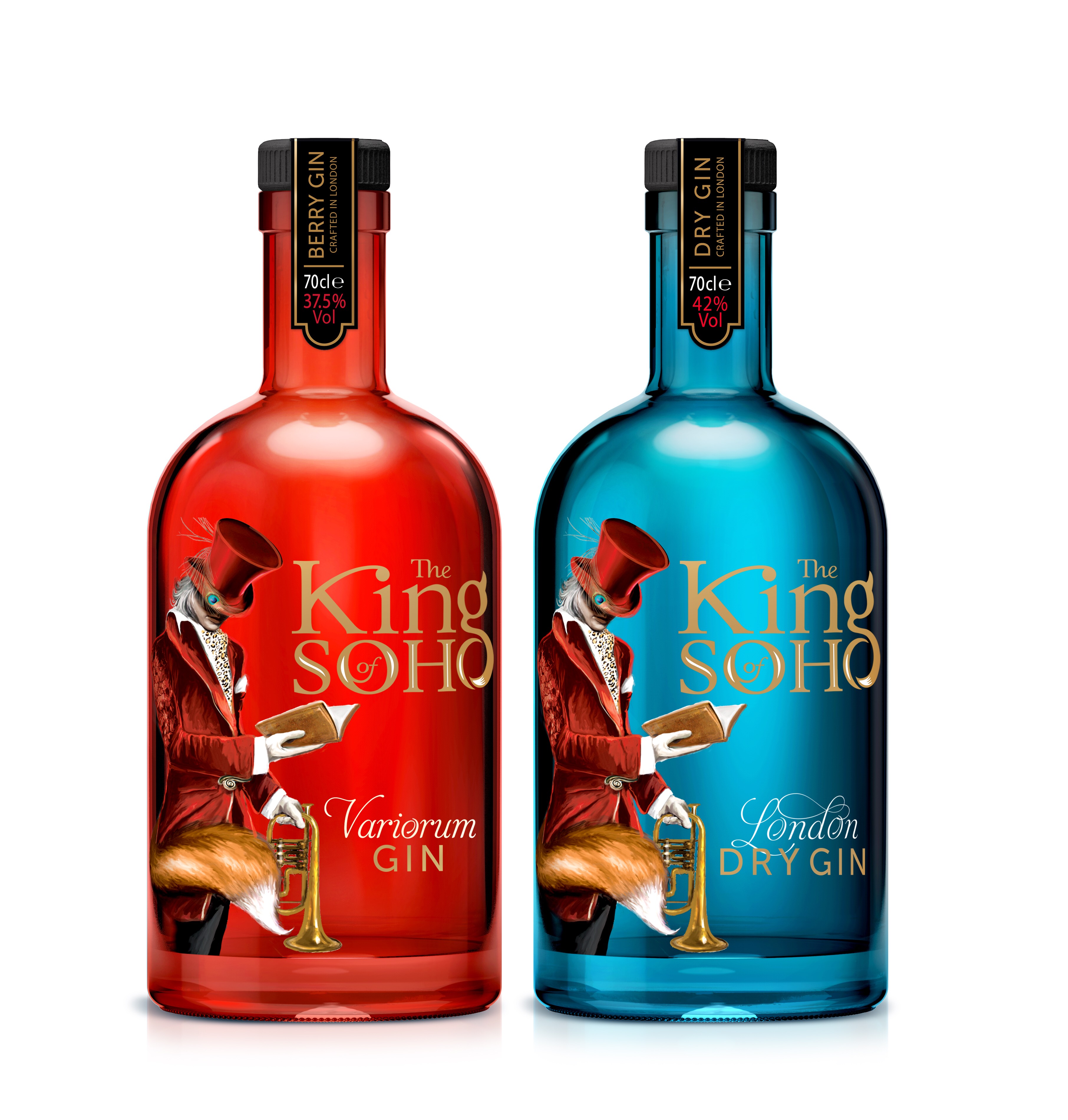 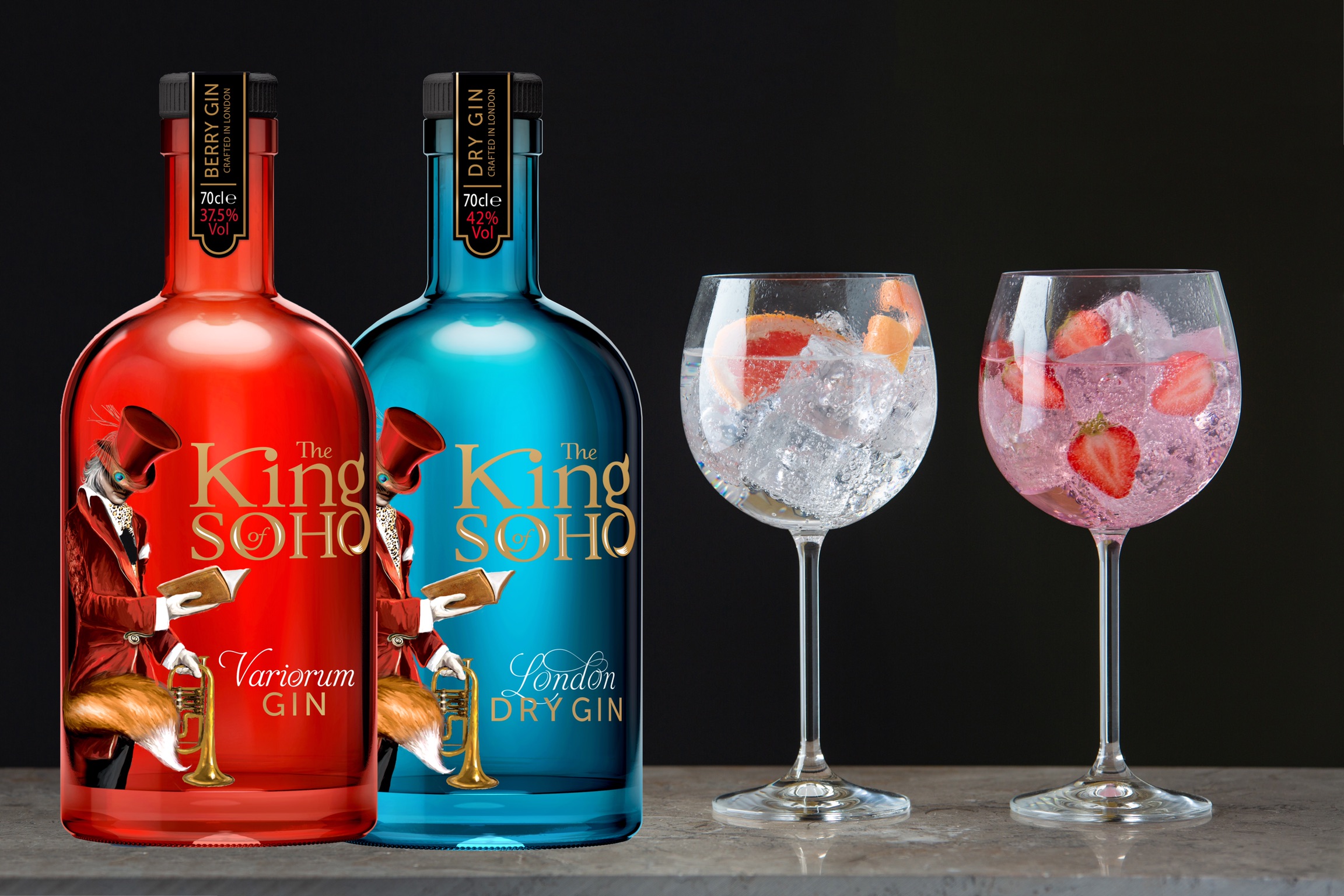 The King of Soho London Dry Gin was created in 2013 by Howard Raymond and business partner and gin lover Alex Robson to pay tribute to Howard’s father, Paul Raymond. Paul was known as ‘The King of Soho’ as he was an entertainment and property tycoon who from the 1950’s onwards played a pivotal role in the cultural and social liberation of British society. He was the key to changing the Soho area from a royal hunting ground to an area awash with creativity, theatre, music, art and modern culture.

Now with blue being my favourite colour, I’m always drawn to the eye-catching blue bottles. King of Soho London Dry Gin is no exception with their bold and colour design emulating Soho’s ‘anything goes attitude’. The blue bottle has a gorgeous ‘Spirit of Soho’ character emblazoned front and centre which reflects the bohemian fashion of Soho. The website tells us, that the Fox’s tail signifies Soho’s status as a former royal hunting ground and the fox’s reputation as a mischievous creature of the night represents the smart, naughty and enigmatic nature of urban Soho. Finally the trumpet reflects Soho’s rich music history and the book showcases Soho’s long association with creative industries such as publishing and media.

The 42% ABV gin is contains 12 botanicals such as juniper, coriander, angelica root, cassia and citrus botanicals including grapefruit peel. The gin is crafted in small batches and quadruple distilled. The website tells us that the twelve botanicals and neutral grain spirit are mixed with water and left to macerate overnight releasing the flavours from the botanicals. The pot is then slowly heated and the essences of the botanicals are carried in the vapours that pass through the ‘swan’s neck’ to the condenser where they are cooled back to liquid form. Once the distillation is complete water and additional neutral grain spirit are added to create the classic ‘London Dry Gin’.

The gin itself is a very citrus forward gin and this makes it one of the perfect gins in my opinion. It’s great straight over ice, in a martini or as the recommended G&T Gin & Tonic. The perfect serve contains 50ml King of Soho London Dry Gin, Premium Tonic Water and a grapefruit garnish. Unfortunately I didn’t have any grapefruit in the house but orange works just as well.

Pour into a tall glass and garnish with fresh elderflower.

The King of Soho Variorum Gin, a pink berry edition of the original, arrived in Summer 2018 and 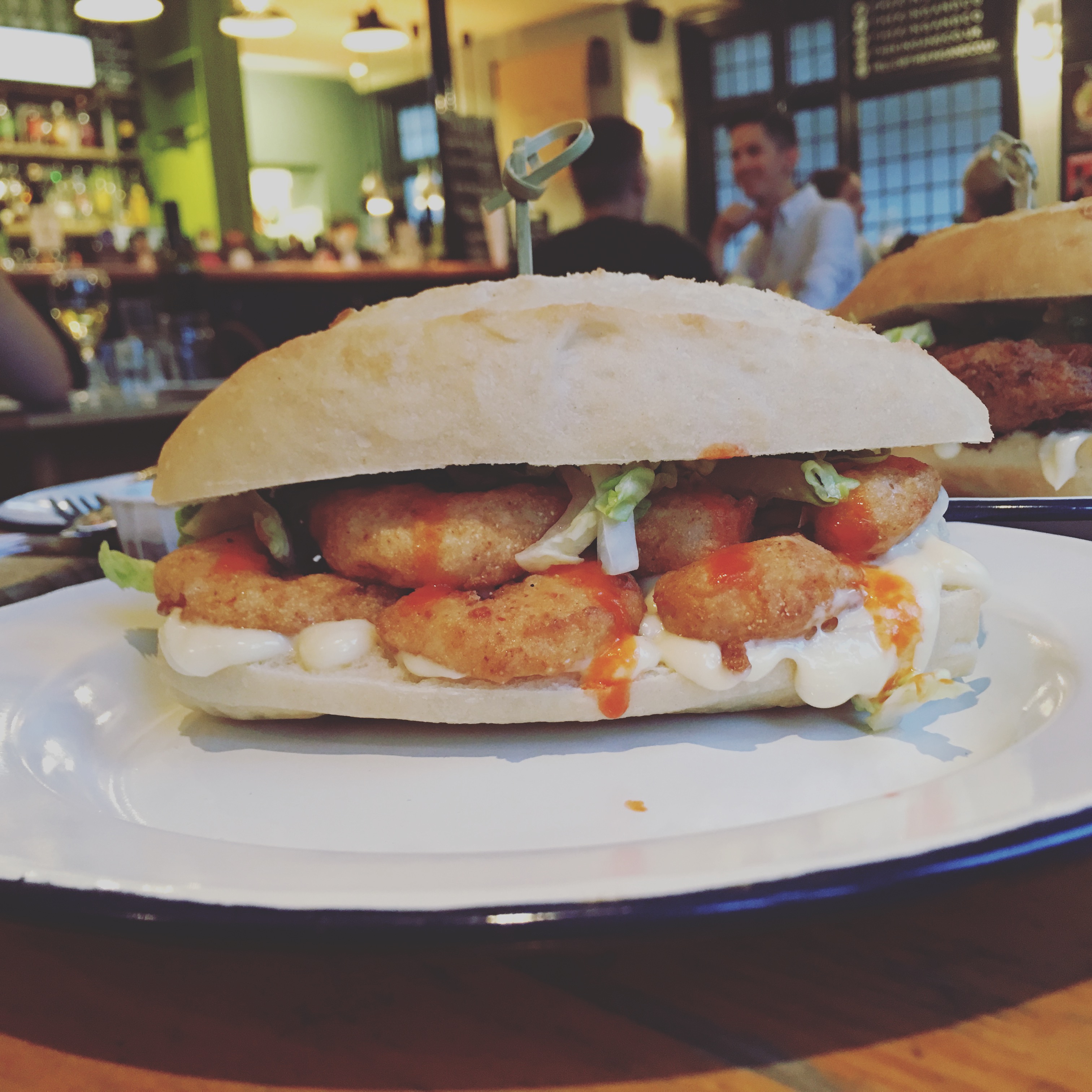 King and Co and Division 194 Review 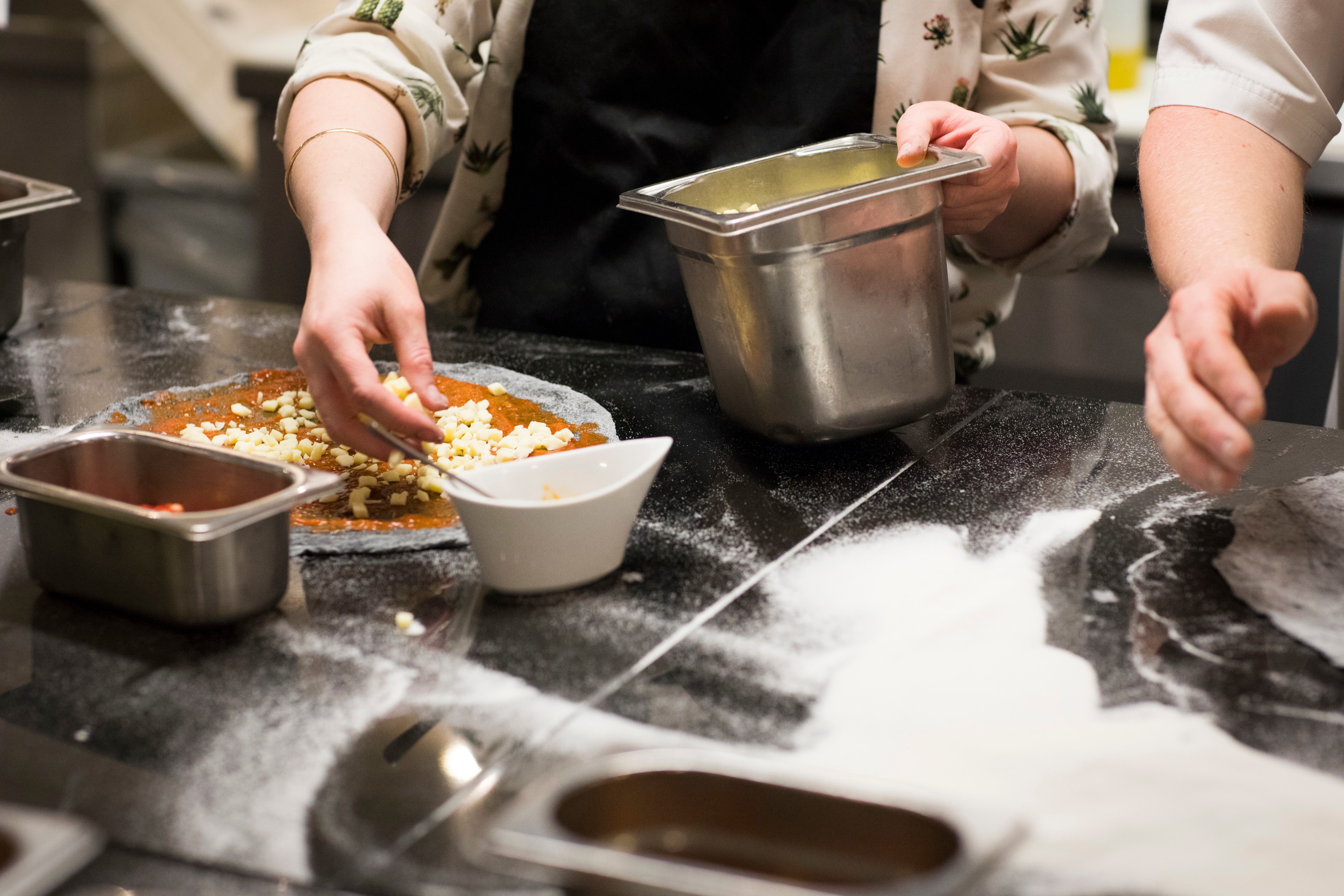 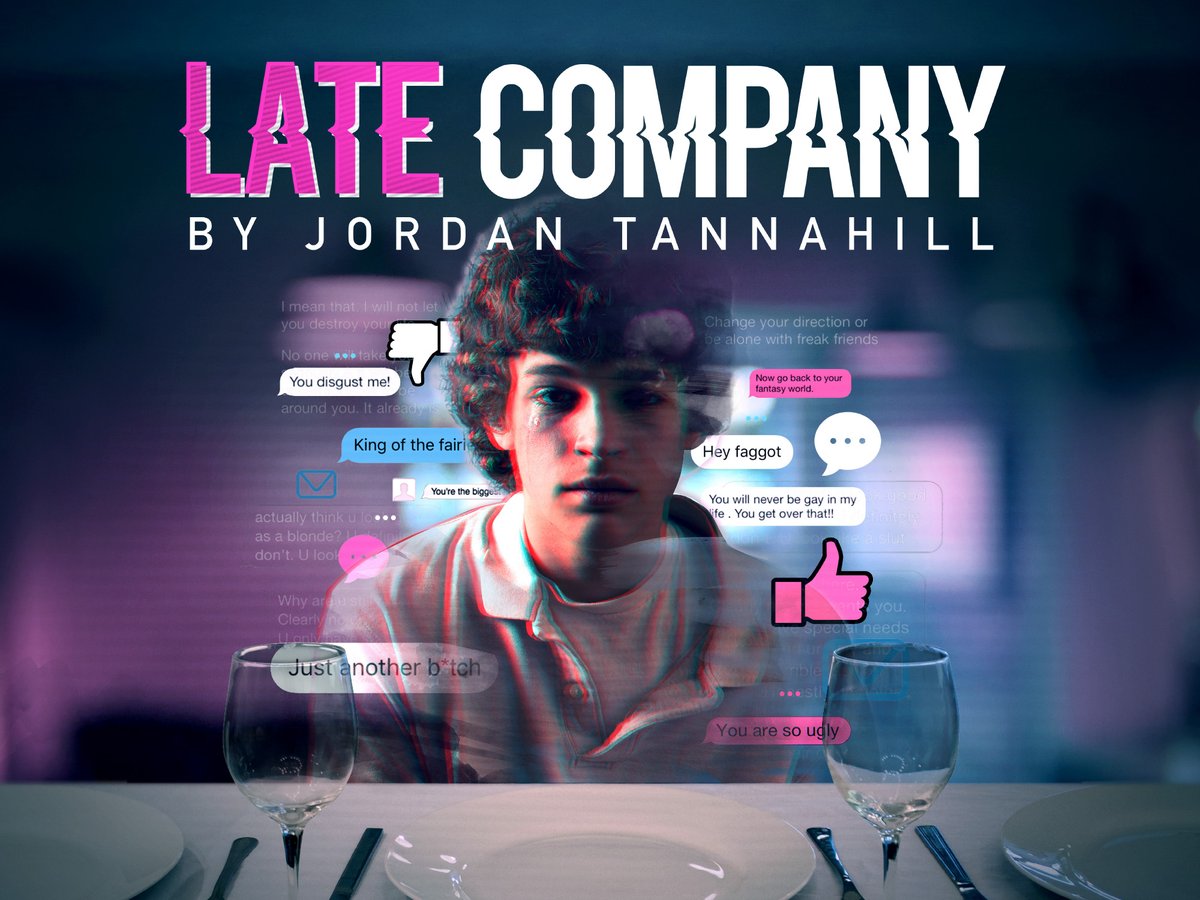