We at ONIN have come up with the perfect weekend algorithm.

From this equation you can see Sunday requires 3 main components: A place to chill, great grub and somewhere to wander.

Luckily for us Le Buns ‘Le Brunch’ at The New Street Grill/Old Bengal Bar, which lies about 3 seconds walk from Liverpool Street Station, is literally THE best way to spend your Sunday!

After a couple hours wandering Brick Lane and Spitalfields (window shopping box ticked) we moseyed down to New Street. It was weird to see a street that is usually lined with suited people so beautifully quiet, however upon entering the restaurant the vibe was instantly upbeat with chatter filling the halls. 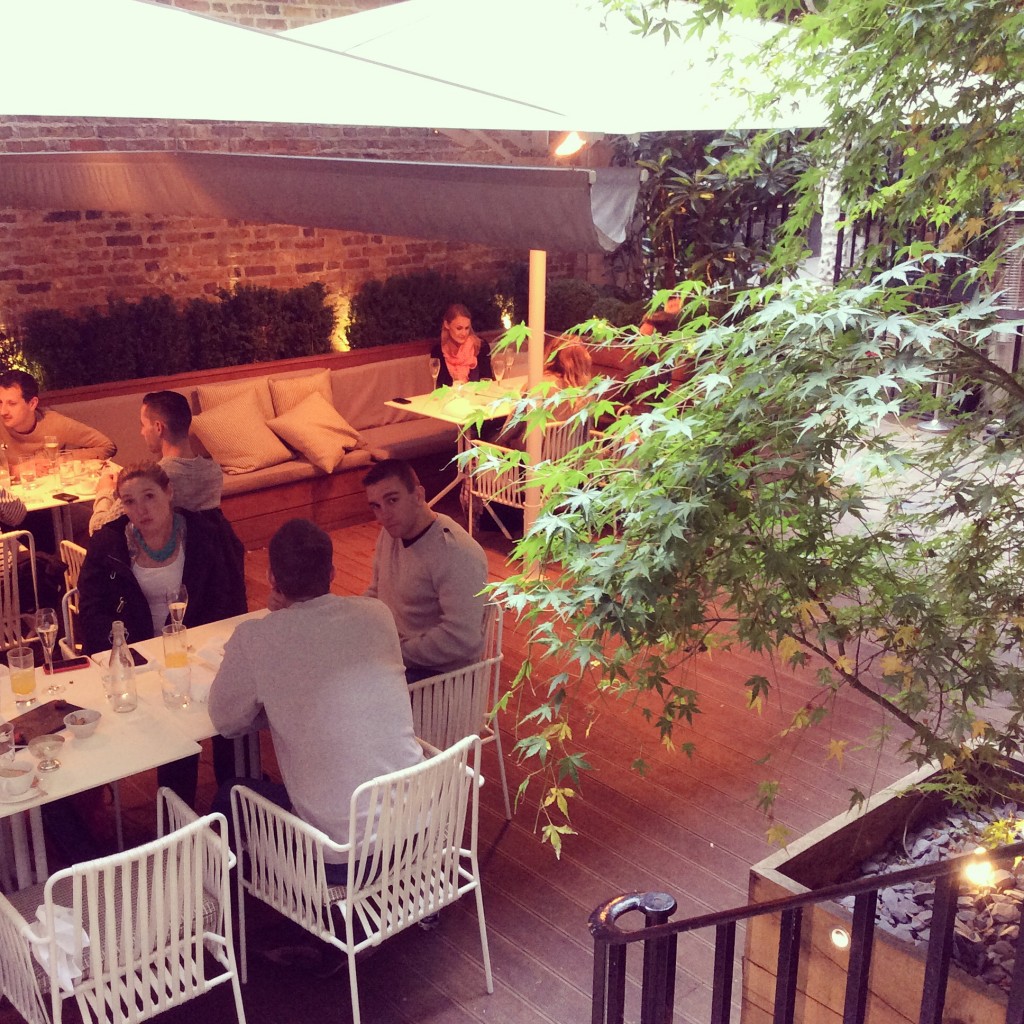 A lovely waitress took our coats and saw us to our table which was situated looking out on a really cool outdoor courtyard. One half of the restaurant has a quite smart well to do feel (The New Street Grill), however as you head round the corner to the bar it becomes a shabby chic haven (The Old Bengal Bar) where there were board games, a whole mirrored wall and a DJ spinning some tunes, it was awesome! 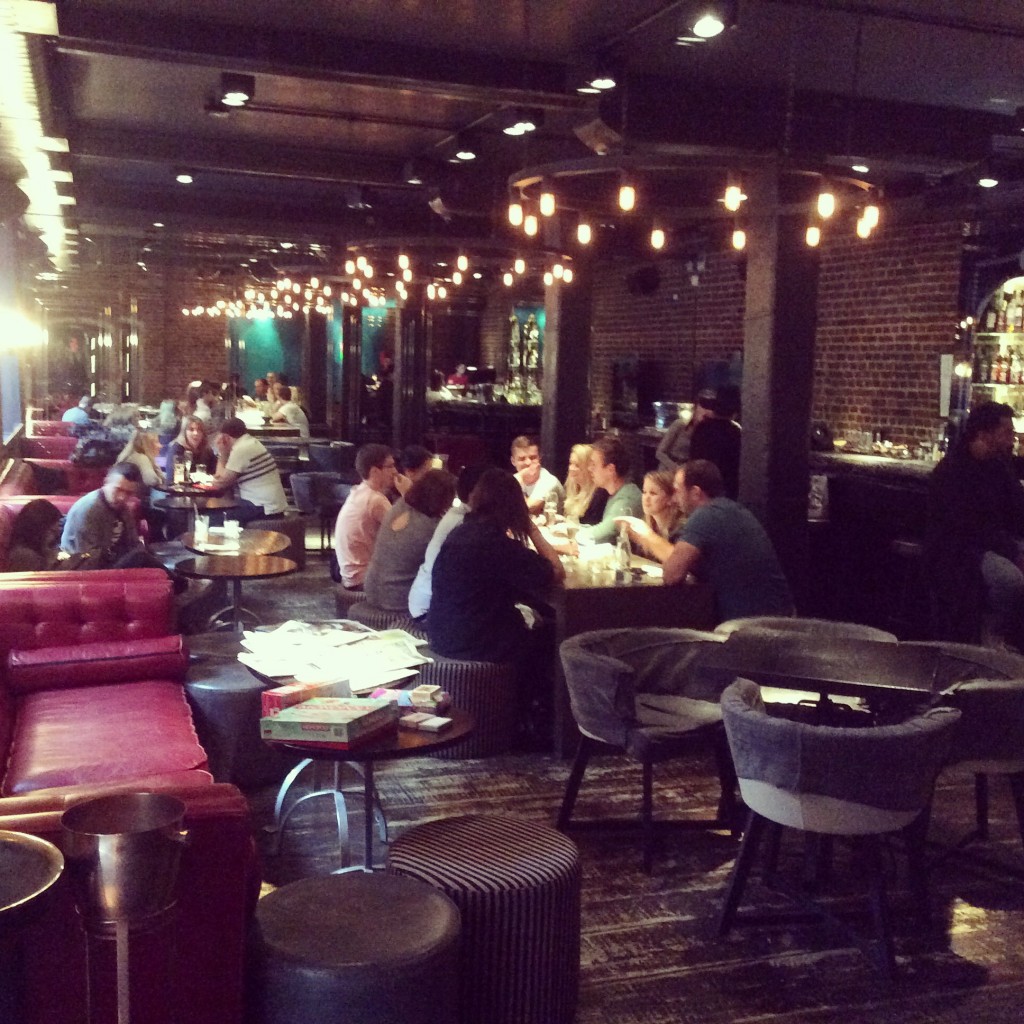 As we browsed the menu our tastebuds began to tingle, oh my gosh it looked lush. Le Bun have added a splash of brunching luxury to their famous French-American cuisine!

You can team this with a selection of their recommended cocktails and wines. Everything sounded rather yummy.

We opted for buttermilk chicken waffles and pulled confit duck brioche. We teamed these little beauties with chucky chips and onion rings, you know those standard brunching necessities!

Feeling a little naughty we both had a couple of bubbly cocktails, its Sunday right?

Before we knew it our brunch had arrived. Drooling initiated. 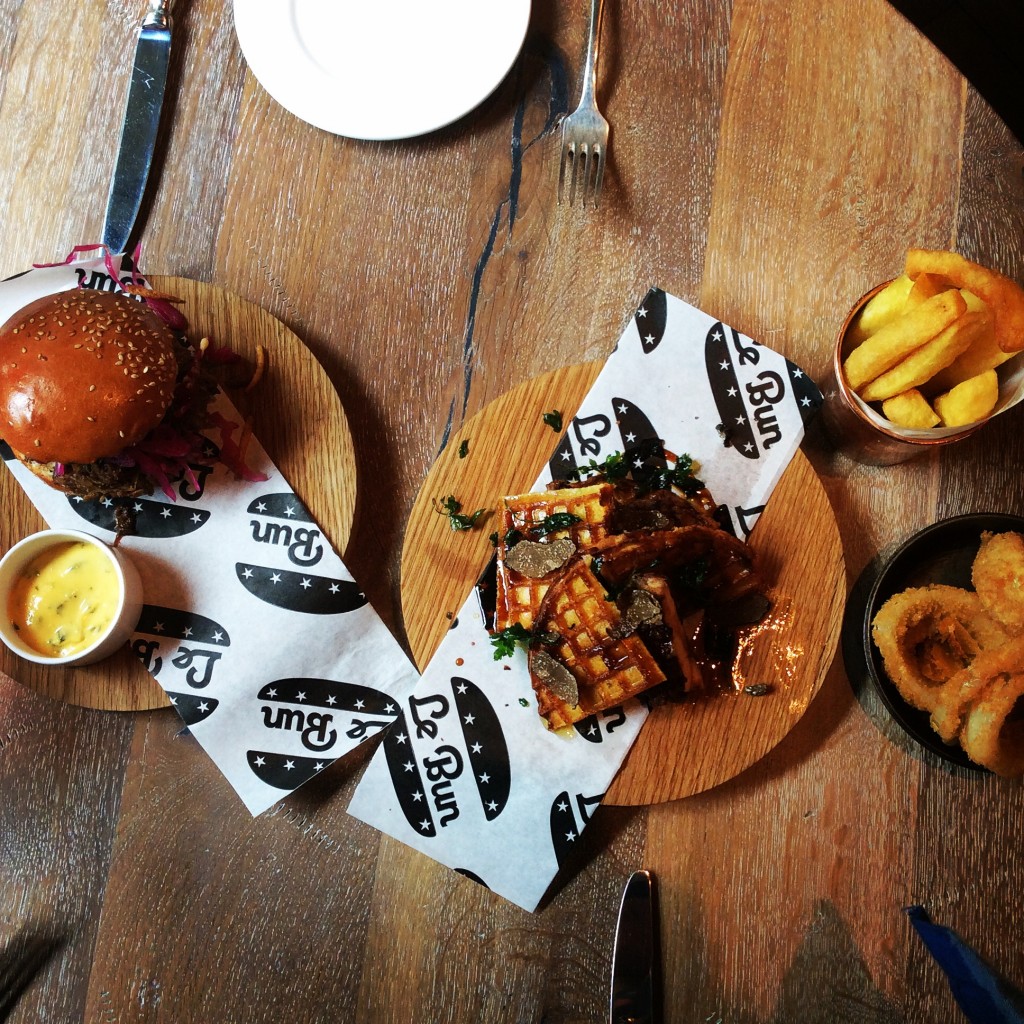 The ‘Truffles n’ Waffles’ were really interesting. Although savoury, the waffles are sweetened with the rosemary maple syrup which was lush. The buttermilk chicken was all crispy on the outside and juicy on the inside, mmmm….. 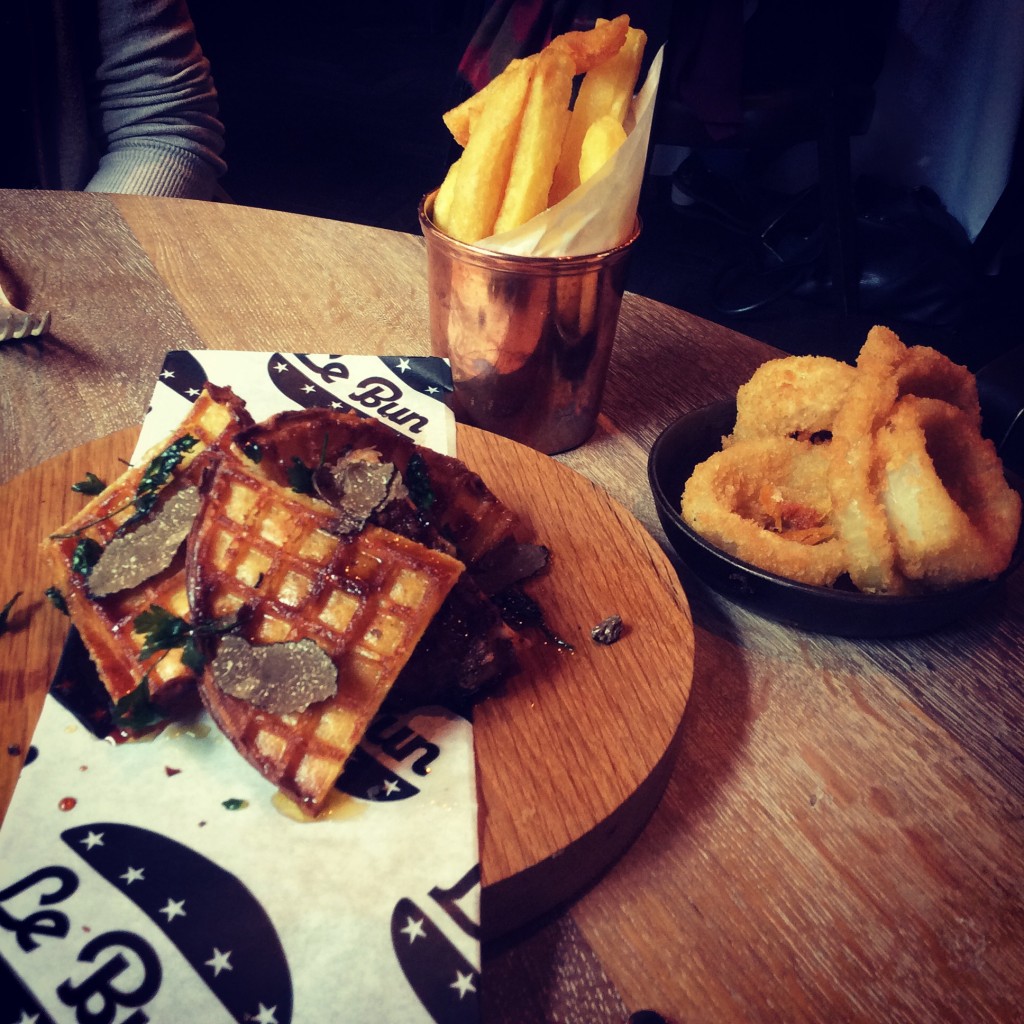 Our ‘Le Duck Frites’ was just as superb. The pulled duck was oozing with duck sauce, lathered with creamy béarnaise and topped with lace frites. It was all piled into a crispy glazed brioche bun. 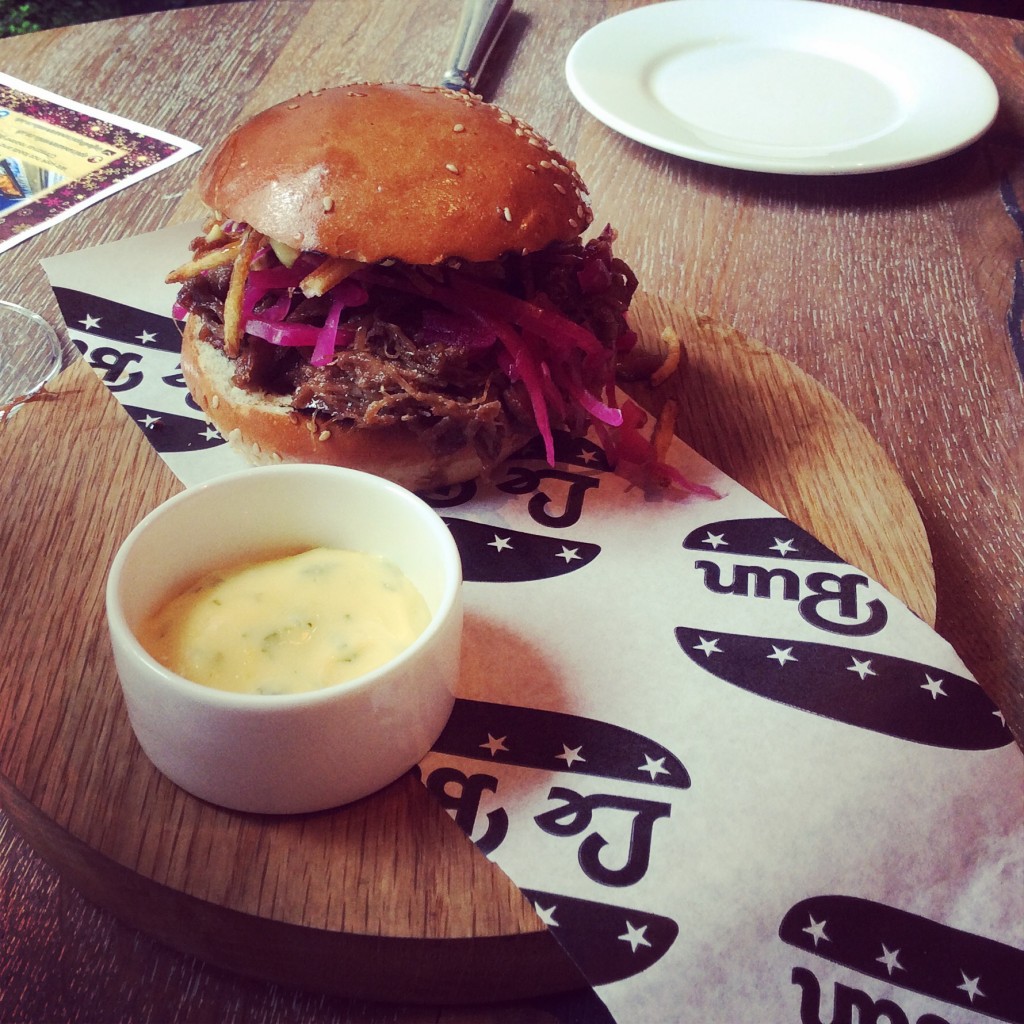 Oooh and the chips were super chunky but not floury at all. Totally thick and crispy, we totally dunked them in ketchup and some extra béarnaise sauce. Our onion rings were quite al dente, but still good for dipping.

The mains left us comfortably full, however still with room for pudding!

So we picked a lemon cream, raspberry and shortbread biscuit pot and Peach Melba (our ‘close your eyes and point at the menu’ choice!). 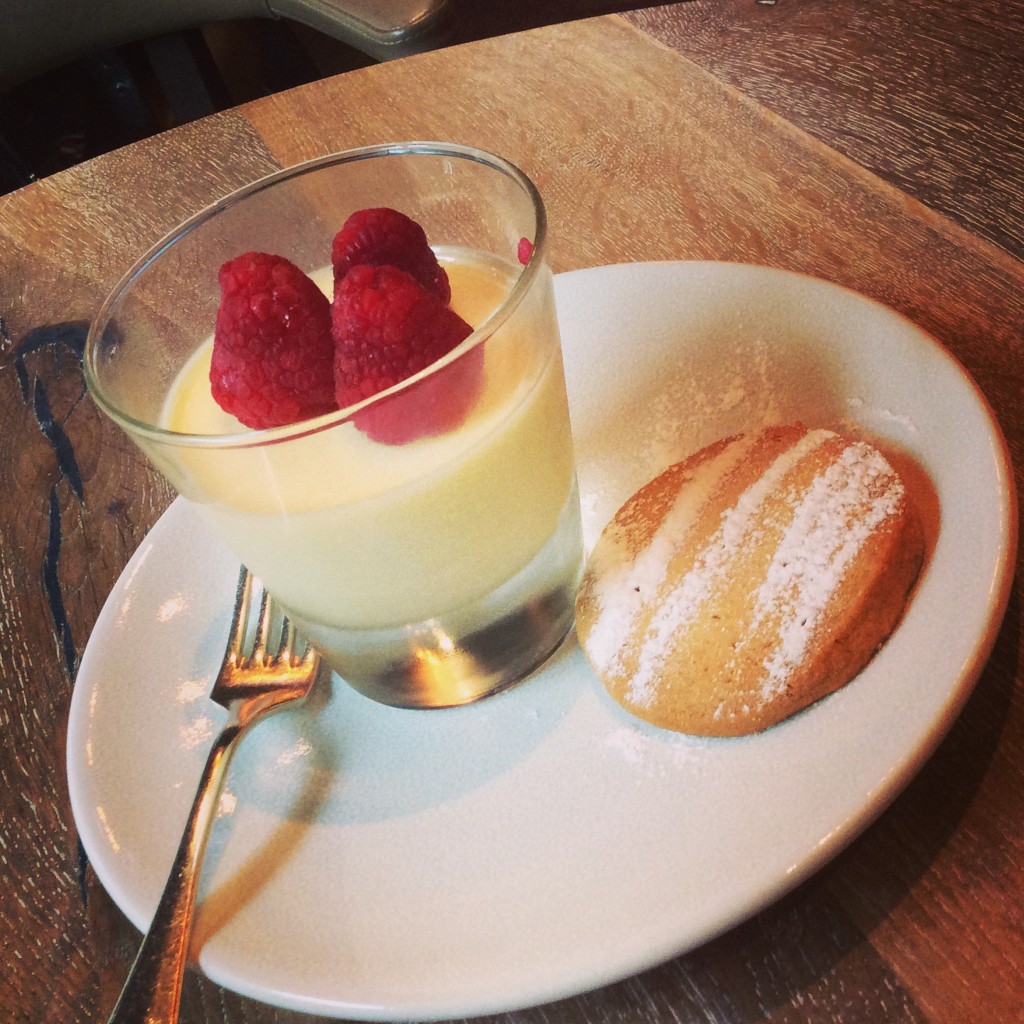 The lemon pot was divine! Really zingy and the biscuits were perfect for dipping! The peaches in the melba was baked to perfection, not too sweet like peaches can we. The only criticism was the cream underneath the peaches lacked depth when compared to the lemon pot. That one was just too good! 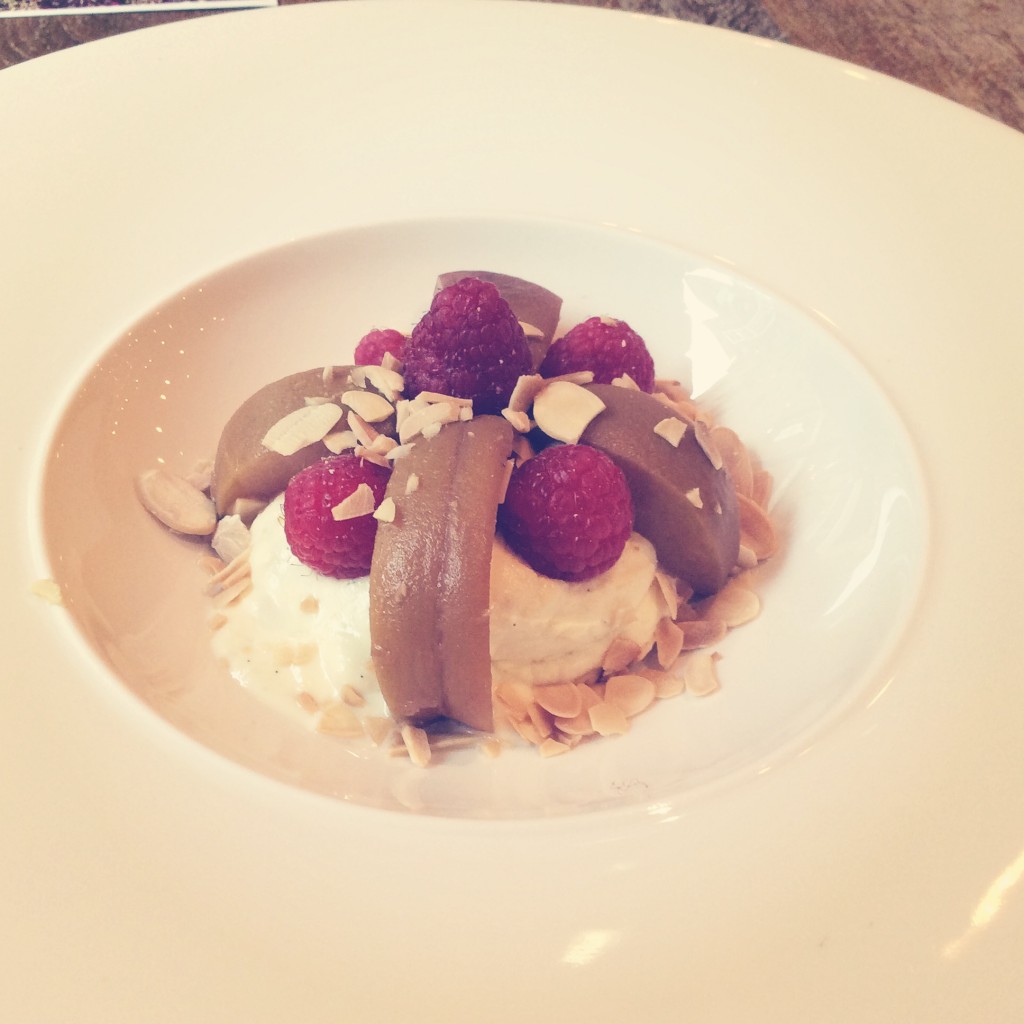 As we were finishing up Tim, half the Le Bun duo, popped over. He expressed his and partner in crime Andy’s excitement about their most recent venture at the grill! However that’s not all, he also coyly hinted about a new secret venture they are working on!

You could tell by how through Tim’s animation  was how passionate the guys are about what they do, and it was awesome to see. I think we will have to keep les yeux (eyes in French, for those if like me you have to AltaVista Babelfish everything….) on Le Bun!

Le Bun are setting up shop at the New Street Grill each Saturday and Sunday until the end of October. Check out their fantastic menu here. 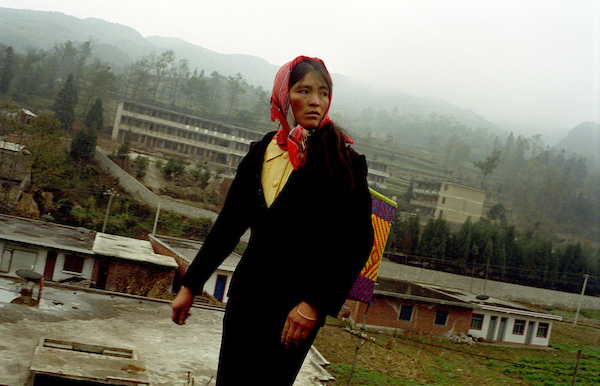 How to Fund your Photography Project 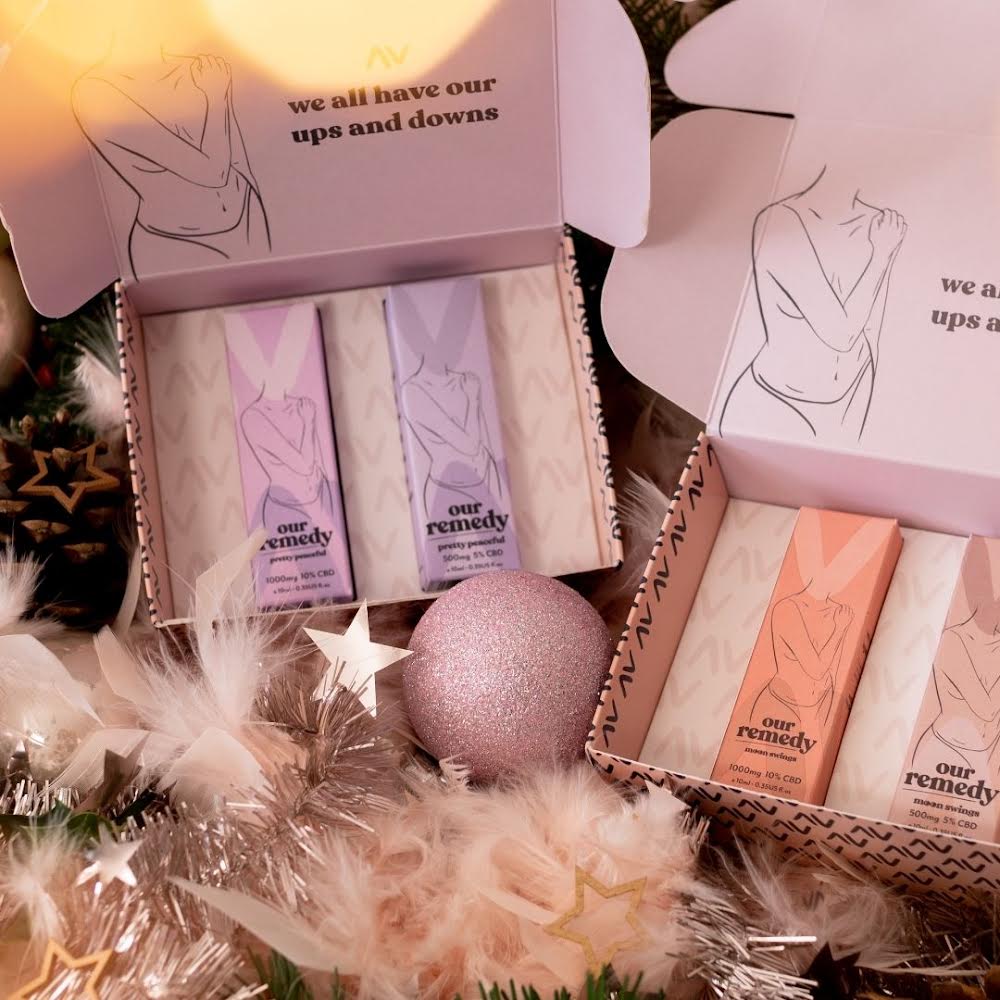 Give the Gift of Wellness this Christmas