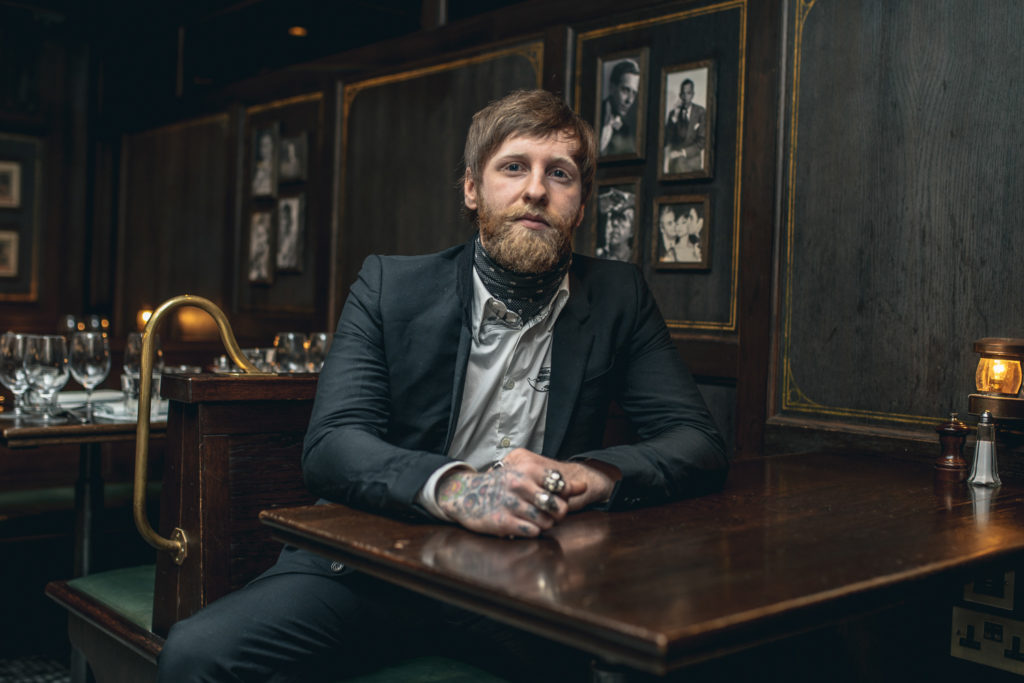 This week we caught up with William Beatty, the Bar Manager at Granary Square Brasserie.

WILL, WE ARE INTRIGUED TO HEAR HOW YOUR JOURNEY STARTED IN BECOMING A MIXOLOGIST?

I grew up in East London and have worked in some of the most influential bars and restaurants across the capital. I worked under Mark Hix, the celebrated British chef and restaurateur, who inspired me to focus on British produce. Every month Mark would cook for the team with another chef – completely free and just for staff. Mark’s love for food and drink pushed me further in my career. I was doing well, but after working with him, my career really took off. I owe a lot to him.

The one person I think is the biggest driving force in London’s bar scene is Marian Beke, who opened the Gibson (a beautiful, tiny and award-winning cocktail bar in Shoreditch) in late 2015. He’s always pushing for innovation in the industry; and I’m always thinking, how did you come up with that? I first experienced his work when he was managing Nightjar (also award winning) and even back then I used to think, he should have his own place.

2. WE HAVE BEEN TO GRANARY SQUARE BRASSERIE AND HAD SOME DELICIOUS COCKTAILS, WHAT’S YOUR FAVOURITE ON THE MENU?

One of my main goals when starting out at Granary Square Brasserie was to build strong partnerships with suppliers and develop locally inspired recipes. Luckily, the head of bars in the group said, “If there’s anything you want to do, any products you like, go for it”. And I said I’d really like to work with Sacred, a distillery in North London, because they mirror the heritage we have here, but with a modern twist. I wanted to use their products in things like our English Negroni and now we work with them all the time. (Micro – and not so micro – distilleries like Sipsmith, plus all the new breweries springing up, are another thing which makes London great).

We worked with local tea brand, Yumchaa, to create something really cool, teaming their Blue Voodoo tea with crème de bergamot and Chase Seville orange gin. The cocktail ‘magically’ changes colour, so we called it the Platform 9¾, a nice nod back to our King’s Cross location. Shrubs are a traditional way to pickle and preserve fruit, and they taste great. One we make with passionfruit, pineapple and balsamic is called the Passion of St Pancras. As well as its ingredients, the name has to do with regeneration and everyone’s hard work to make this area the next great place to be. Finally, you have to have a cocktail called a Flying Scotsman. We infuse Chivas 12-year-old with rosemary, add sherry and lemon bitters, stir it down and serve it on the rocks. If you like an Old Fashioned or Manhattan, or a whisky drink which is sturdy and robust, then this is the drink for you.

3. ARE YOU WORKING ON ANY NEW PROJECTS AT THE MOMENT?

We are about to launch a very exciting new project – transforming our terrace into a Physic Garden. Granary Square Brasserie’s terrace installation celebrates the catalogue of medicinal herbs and plants grown in the Physic Gardens of old, re-imagined in post-industrial King’s Cross. We invite guests to explore the garden terrace, enjoy our curated selection of Physic Garden G&Ts, or even book in to the Fever-Tree ‘House of Apothecary’ for a gin blending supper like no other. I worked to select botanicals within some of my favourite gins and tonics and identify the ingredients which link to those grown in a Physic Garden. There are 6 serves that feature the following key ingredients – Juniper & Lavender, Honey & Sage, Jasmine & Peppermint, PEA & SPEARMINT, Rhubarb and Ginger and Chamomile and Rose.

4. BEST PIECE OF ADVICE YOU HAVE BEEN GIVEN?

Train and support your team. As a result of that advice, training is a massive part of my job. The most fulfilling part is when you’ve spent a lot of time with an individual and you see them grow and change. It’s only been a few months since we started here, but I’ve seen huge changes in the characters of some of our staff already. It’s the biggest reason I do my job – I mean, you can geek out over cocktails, but I don’t think it fulfils you overall.

5. WHEN YOU’RE NOT DRINKING AT THE GRANARY SQUARE BRASSERIE, WHERE WOULD WE FIND YOU DRINKING?

The bar at the Ivy is practically an institution (it dates back to 1917), as is the American bar at the Savoy (which opened in the 1890s). In fact, one of my favourite bars in the whole of London is the original Ivy. There are no thrills and spills until you taste the drink: it will be an absolute classic. That’s the one thing I remind myself and others – innovating and being interesting is great, but never forget the basics. If you can’t make a proper martini, what’s the point?

6. TELL US WHAT YOUR IDEAL SUNDAY WOULD BE LIKE IN LONDON?

In summer, I love sitting on the terrace here at Granary Square Brasserie, for breakfast. It’s amazing to look out at a blend of the old and new at Kings Cross, with regenerated old industrial spaces side-by-side with modern buildings. Not many other cities in the world exist where people are so creative architecturally, and willing to invest so much into a local area. I also love learning a language. I got interested in language and linguistics when I met my partner, who is half Spanish. I had to do that scary thing of meeting the family, but they didn’t speak my language, so I had to learn. It reminded me of the importance of words and their history – how similar French, English, Italian and Spanish are, how many common words we share, and how that ties into our history. It’s a bit of a nerdy thing to be interested in, but I believe in listening carefully to what people say. If you listen intently then you will understand a lot more.

I also walk quite a lot. It sounds strange – well, I am probably a little bit strange, but that’s alright, I’ve come to terms with that – but I like catching a train out of London with a friend, and then spending the whole day just walking, finding old pubs and interesting characters, with a notebook and a camera.