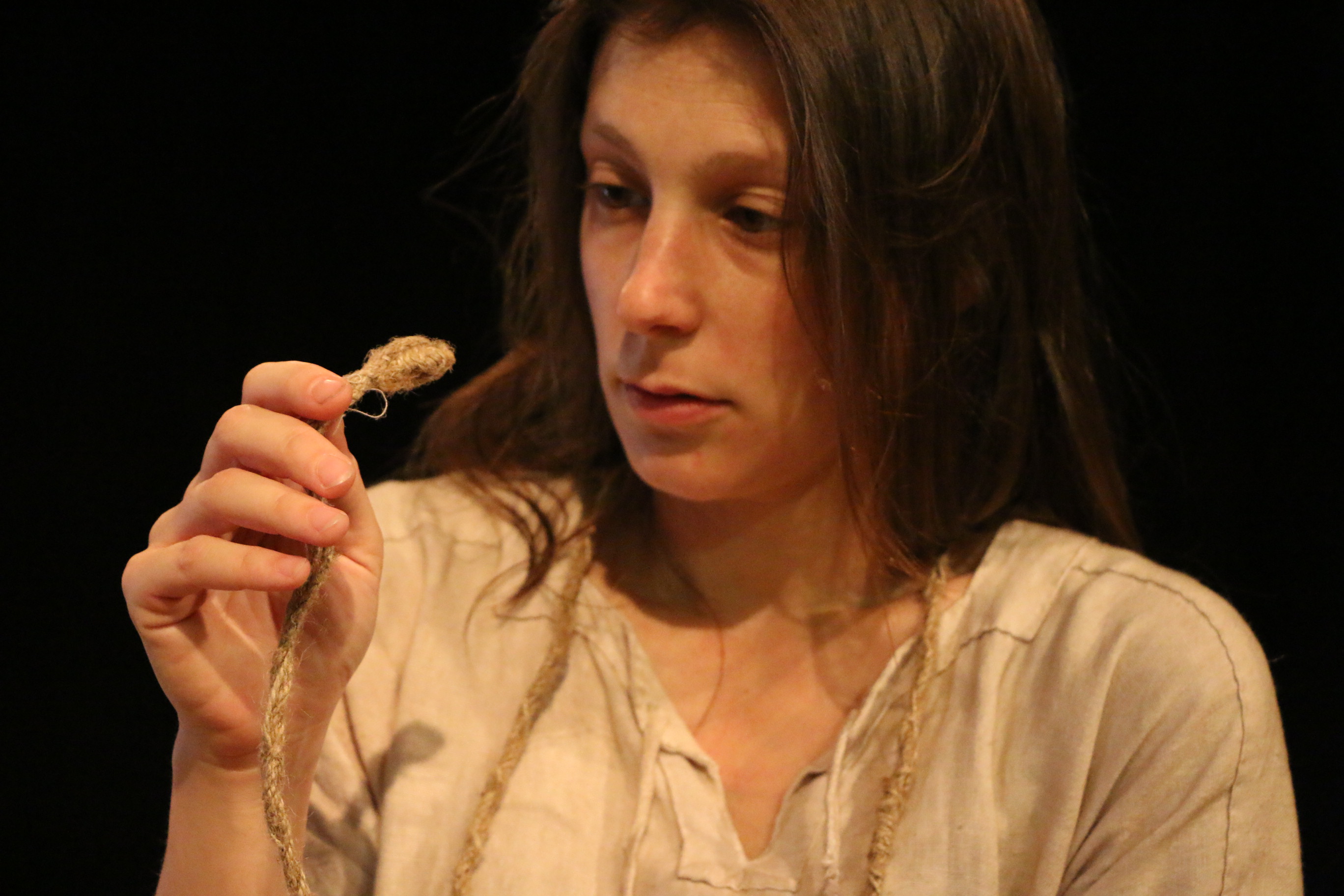 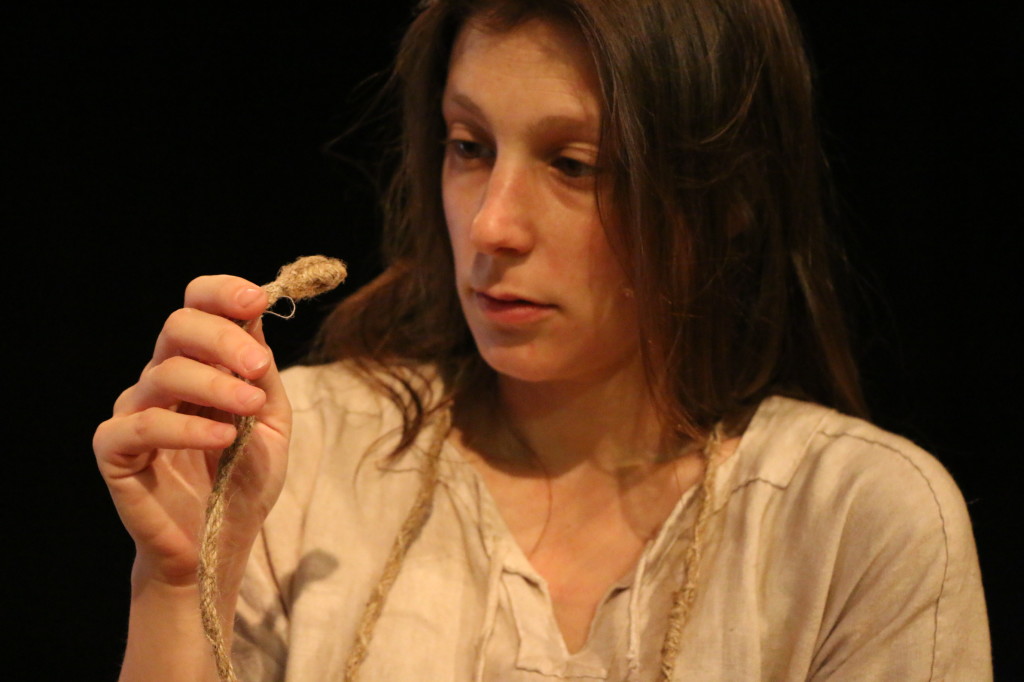 Medusa is a play about women that become, or are called, monsters. It begins with a re-telling of the original myth- Medusa was a beautiful woman, pursued by many. Violated by Neptune in the sanctuary of Minerva, she was transformed by the offended goddess into a hideous, snake haired monster whose gaze turned any living thing to stone and banished. Following this, Minerva charged Perseus to kill Medusa without looking at her by using his shield as a mirror. This play questions whether that is actually a fair on Medusa, intertwining her myth with a series of modern stories of other women attacked, made homeless, abandoned and pilloried. It examines ‘what it takes for a woman to be considered a threat’.

The result is an evocative, spectral, and incisive piece that holds a mirror to ancient and contemporary women’s experience. Using theatre reminiscent of a Greek chorus, shadow puppetry, projection, drawing, writing, soundscapes, monologues, dance and other immersive and sensory experiences, each of the six versions of medusa gives a unique insight into what it feels like to be painted as a monster.Often the cast use ancient materials such as rice, charcoal, paper, string, and simple fabrics to draw, sculpt, puppeteer or dance with. The individual investment of each of the cast in their aspect of the character is clear, and more than one audience member was in tears by the end. 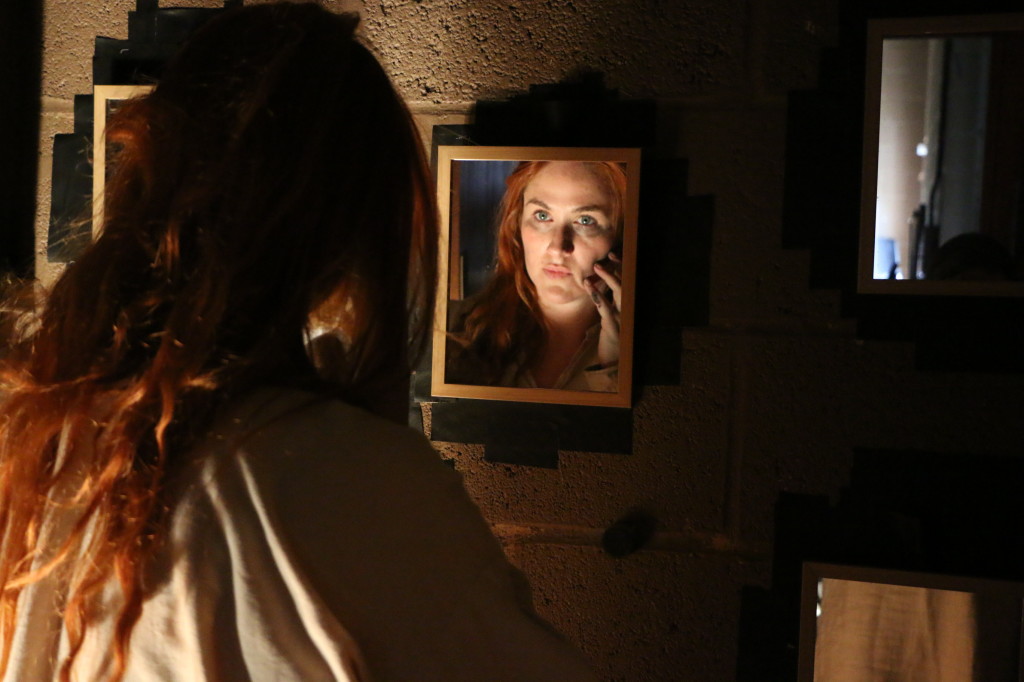 The cast responded beautifully to the Crypt Gallery and I look forward to seeing what is done with the similarly evocative Thames Tunnel. The scene is set with a series of cryptic clues about the story, dioramas and recordings explaining each of the contemporary Medusa’s experiences. A nice touch is a review of the original myth and other traditional versions as told by Ovid, which gave structure and was a useful prompt to those who may have been dimly aware of Medusa but not know the full story. This is something I would really recommend to anyone doing immersive devised work as it means the audience can come to the more innovative material primed and a bit more confident.

The set up rewards an active and responsive audience, so you will get the most out of the play if you go forward, explore, and step forward when invited to. I would also recommend arriving at least 40 minutes early for the performance as you have a full run of the labyrinth and installations from the point of opening. Early arrivals can listen to the recordings at leisure without having to compete for headphones, and some are treated to an additional one to one performance. There’s a decent pop up bar as part of the experience so you really have no excuse. Medusa is performing on the 27-29th September 2017 at 19:30 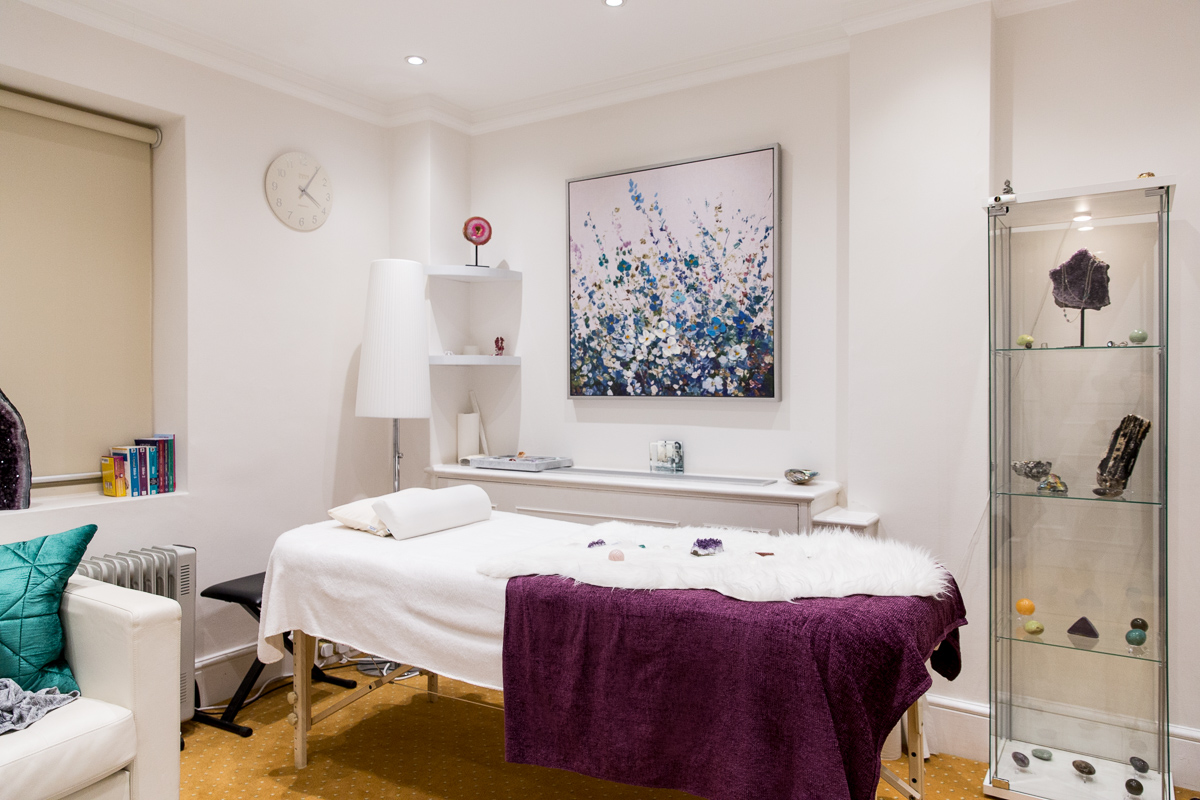 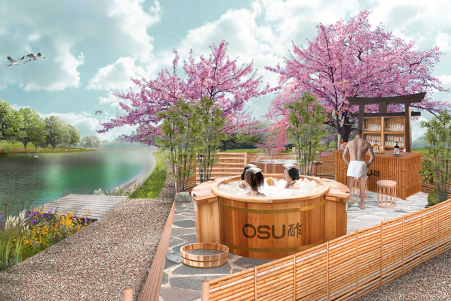