I love dim sum and drinking comes a close second on my list of ‘things I love’. So I was happy to see that both dim sum and cocktails were prominent on the menu of Fu Manchu, a swanky new place that recently opened in Clapham. Accompanied by S, I made my way south of the river to get to the bottom of the Fu Manchu restaurant mystery. 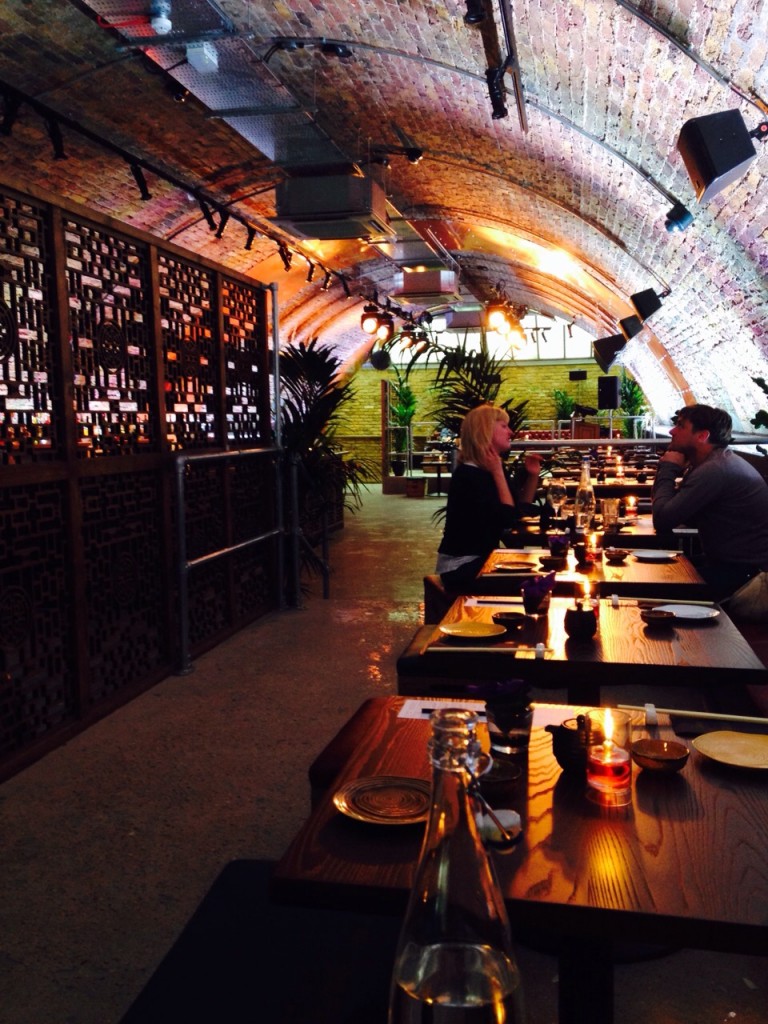 The restaurant had a slick and funky decor with exposed brick walls and stage lights while Chinese-accented club music gently played in the background. While your boring reviewer dined at 7PM on a Sunday, which meant that the restaurant was not quite packed to the gills, the large dance floor and DJ booth hinted at wilder happenings in the future. The face of the infamous 1930’s character Dr Fu Manchu stared out from menus, from old film posters and from the very walls of the restaurant itself. 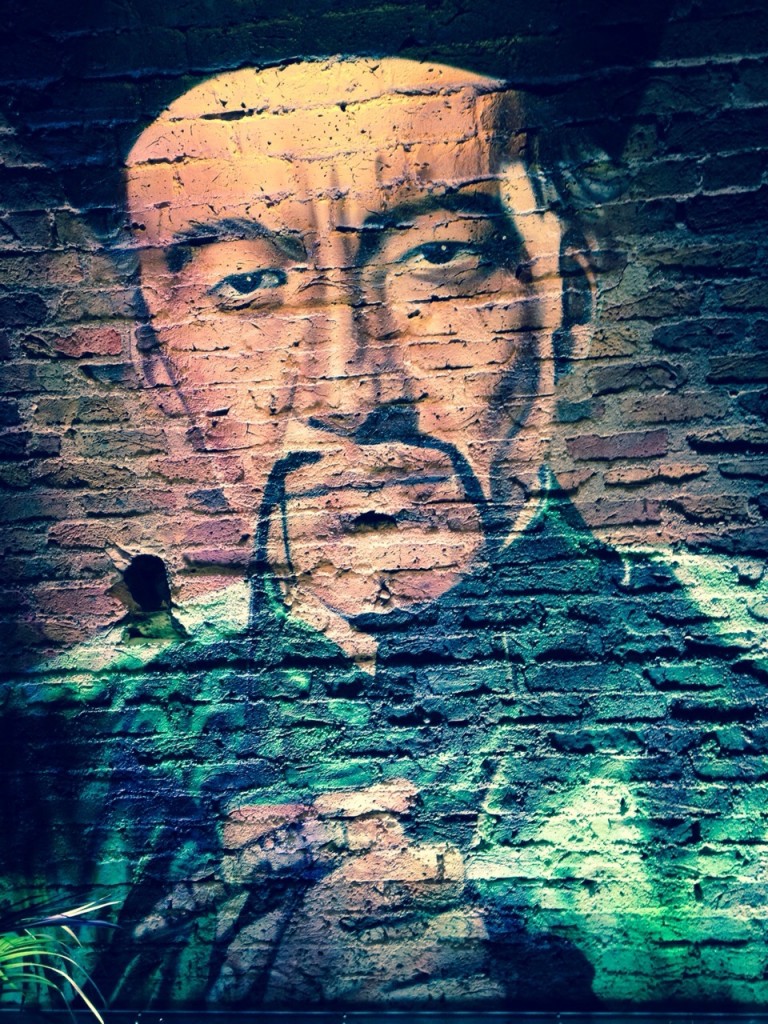 S had the Mai Chai cocktail,a tea-infused twist on the Mai Tai, while I ended up choosing the ‘Mancho Mind Control’ cocktail. To my suprise, my drink was served in a glass fashioned after the head of Dr Fu Manchu himself. I have to say, having his dastardly visage stare at my throat every time I took a sip was unnerving but cranial-container aside, the cocktails turned out to be just right. They were well balanced and went down smooth, while packing a boozy punch and without the overly sweet aftertaste you get with some cocktails. 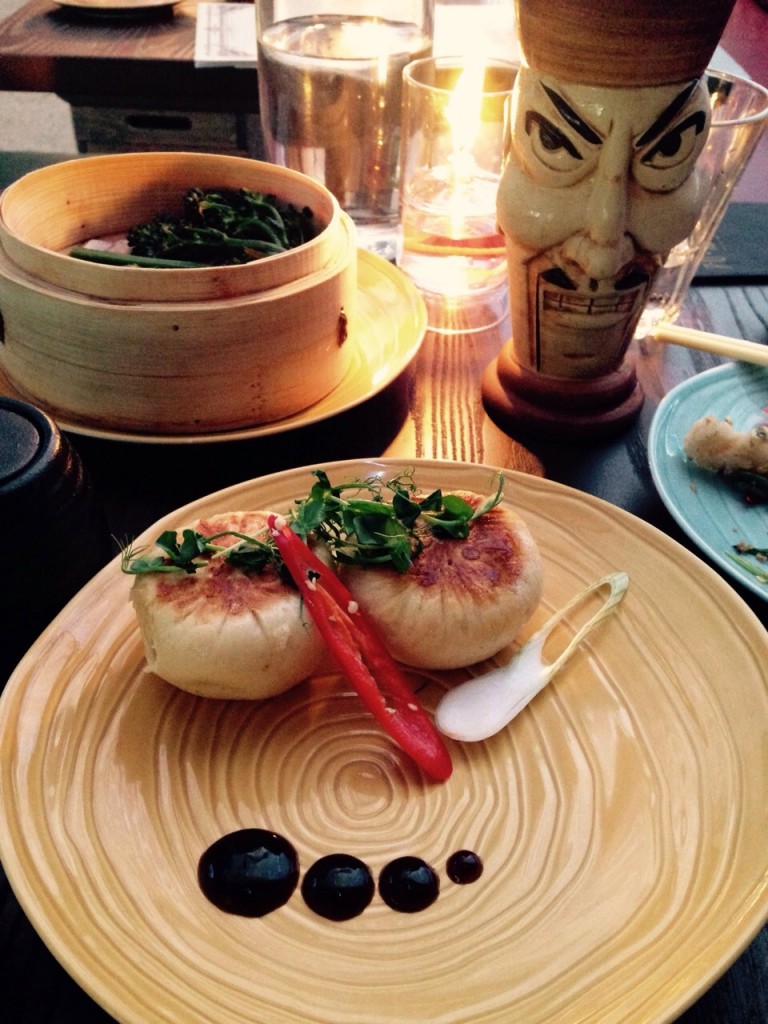 Before we got our dim sum, we shared the crispy duck salad. The duck was indeed crispy and luckily, like all my favourite salads, they didn’t skimp on the meat. In the end though, it was tasty without being overly memorable, and it only built my anticipation for the dim sum. Luckily, the dim sum did not disappoint. All the classic combinations, your prawn dumpling and Cha Sui buns, were there, but also a few funky new ones I just had to try. Kimchi and mushroom was a particularly intriguing highlight that I would love to see more of. I think what made these dim sums stand out from your normal Chinatown fare was the delicacy of the taste. The wrap felt like a natural extension of the dim sum rather than simply something to hold the filling. The fillings themselves were fresh and each one tasted uniquely different, rather than it all starting to taste like one identical dim sum in different packaging. 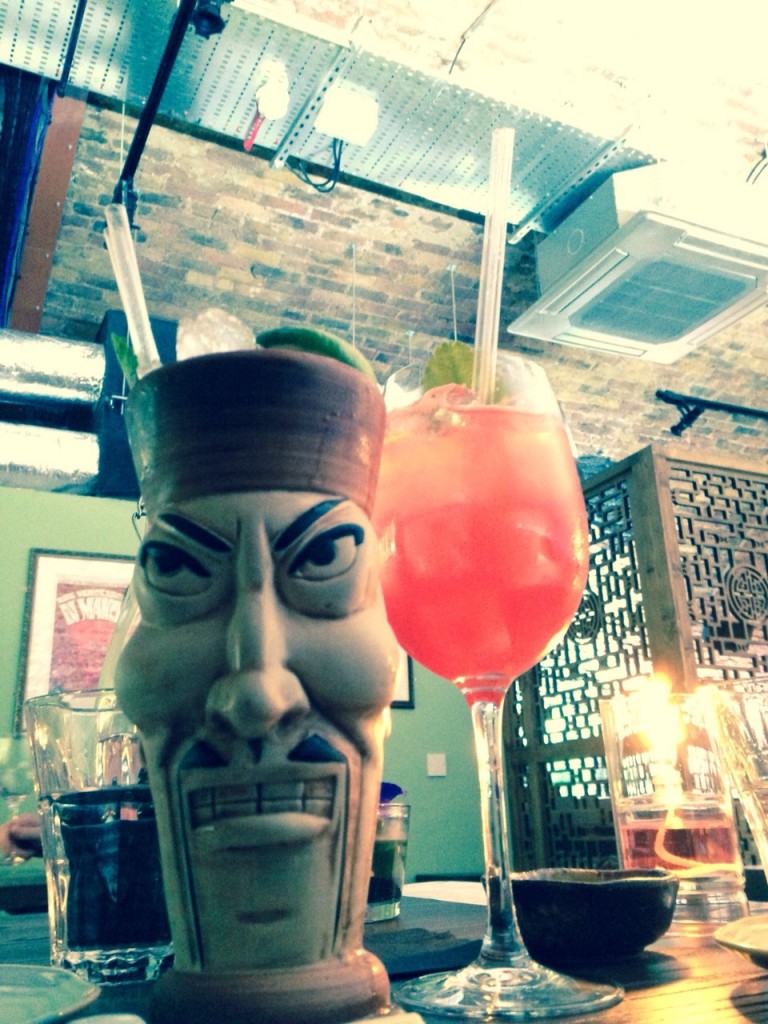 Now I usually distrust East Asian dessert foods but for the sake of a balanced meal I sprung for the deep fried custard bun. And it was delicious. Crispy but not greasy and sufficiently sweet without being cloying. 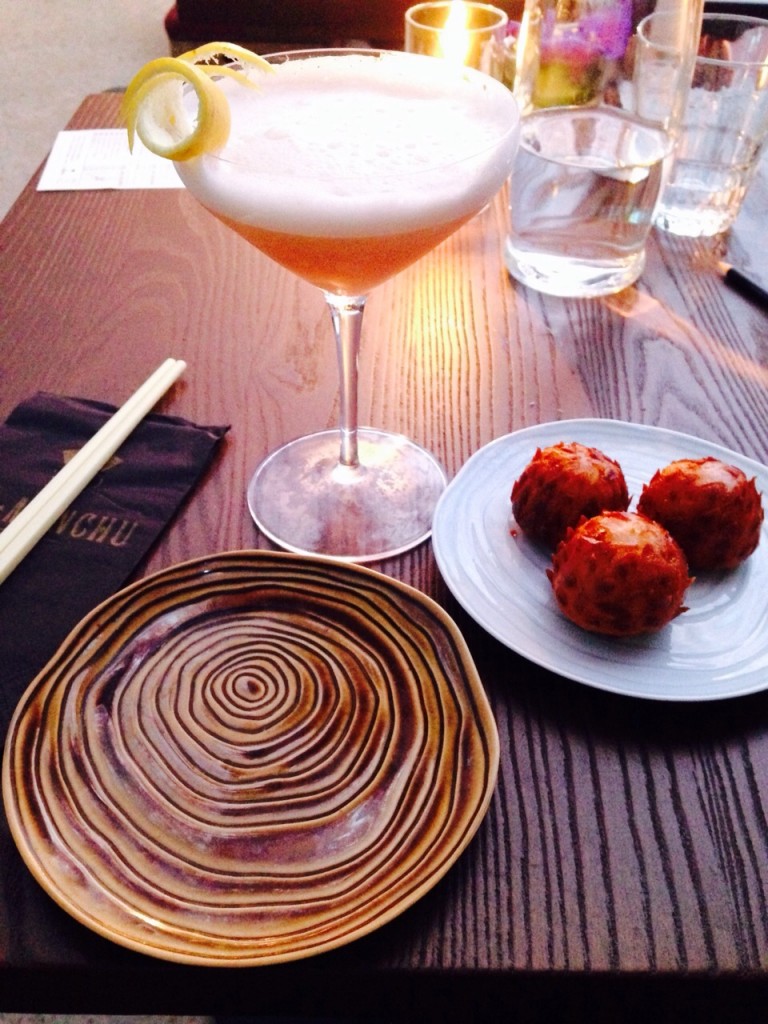 To dim sum it all up, Fu Manchu is a funky new dining location that would be perfect for a date on a quiet evening but a good spot for larger groups come the weekend. The service was friendly and prompt, the atmosphere and Fu Manchu theme added some character to the restaurant and the cocktails were superb. But while the accoutrements certainly held their own, I would definitely say that the dim sum really stole the evening and I hope to come back soon to try some more varieties. All in all it definitely adds up to more than the dim sum of its parts.

10 things that will make your life easier 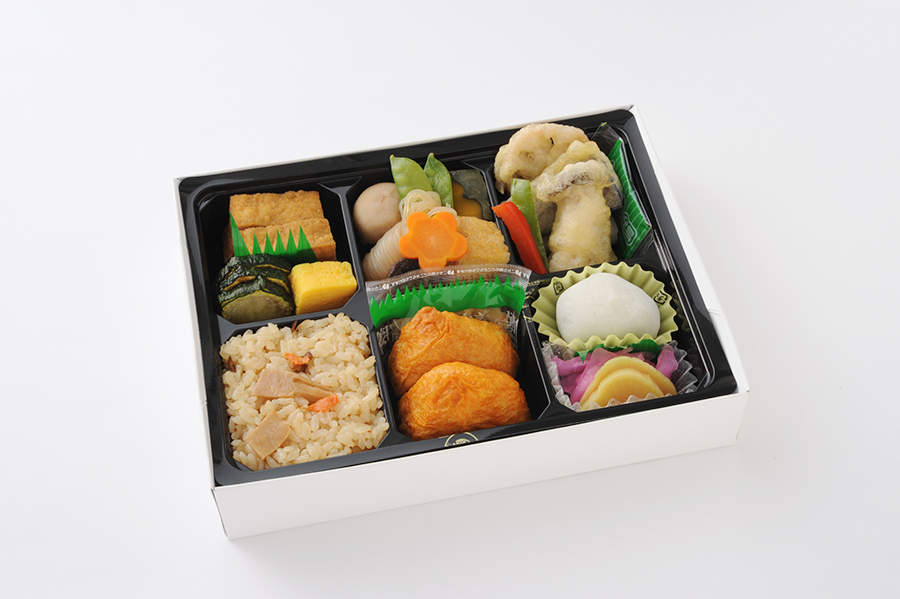