After making it through what felt like the world’s most complicated maze (aka roadworks blocking various streets in Holborn) in an effort to reach my destination, I was in dire need of a stiff drink. So I was relieved to be greeted with a friendly welcome and, more importantly, an impressive cocktail list. 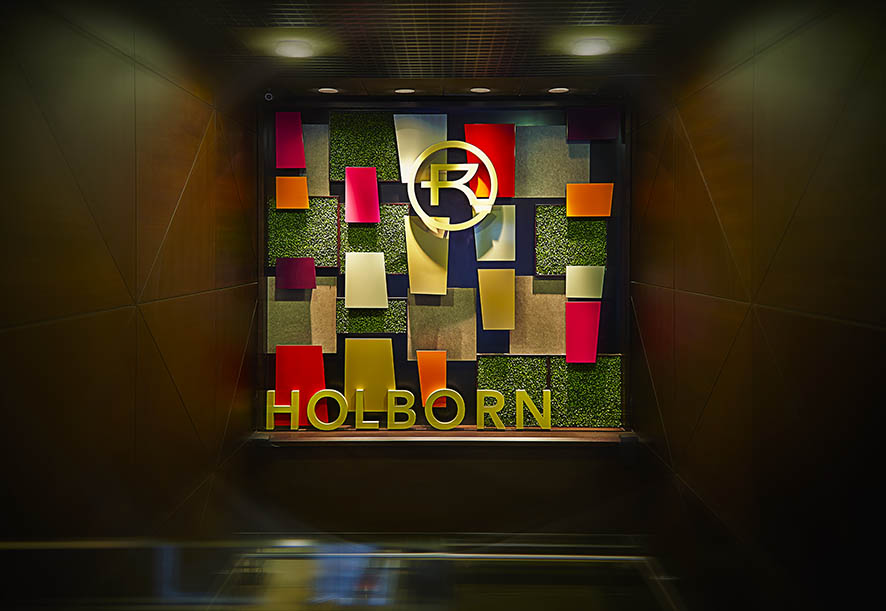 Yes there was the odd tell-tale sign of a city watering hole – the dark wood décor, soft house music and a few businessmen engaged in post-work chatter. But the large tables of friends and entertaining staff added an energetic and fun vibe to the restaurant, despite the mid-week setting.

As I soaked up the atmosphere the first dish to arrive was a large plate of salty, crunchy squid piled high on a bed of peppery salad and when I took a bite I was impressed by the lack of grease emanating from the batter (a common pitfall in the world of the crispy squid appetiser). Unsurprisingly the remainder of the plate was devoured quickly before my companion and I moved on to the lamb kofta.

Served with minted Greek yoghurt on a orange chilli salsa with rich tomato & basil pesto marmalade, the little balls of lamb were mouthwateringly tender and the salsa with a sprinkling of pomegranates added a sweet tang that complimented the meat unexpectedly well. My only gripe was the price, which at £7.40 for 4 very small kofta balls I found to be rather high in comparison to the mountain of squid we had received moments ago.

However, deciding on our main dishes proved to be the only real problem. Everything sounded so enticing I had to order another cocktail as we deliberated between the pizzas, salads and grill options.

As I chugged on my sweet and refreshing ‘Tropical Wave’ beverage – a watermelon and Passoa based concoction dreamt up by our very own waiter Archie – I eventually decided and waited in anticipation for our choices to arrive. 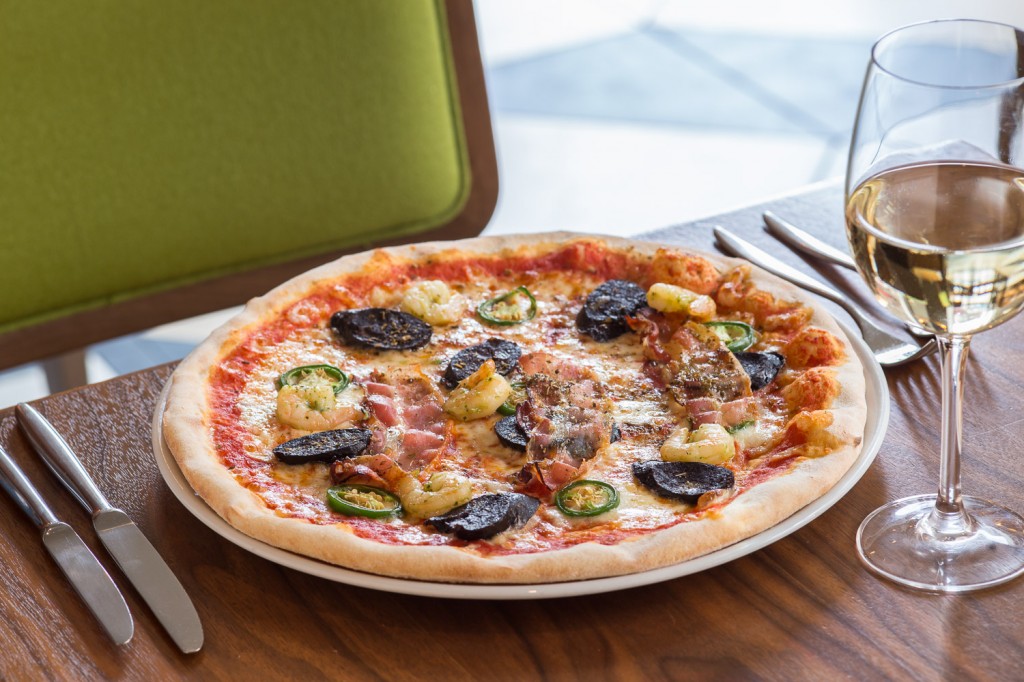 I’d plumped for the famous rare beef and chip salad and my partner for the barbecued pulled pork shoulder pizza, and as impressive as they both sounded it was the stature of the dishes that really blew us away. 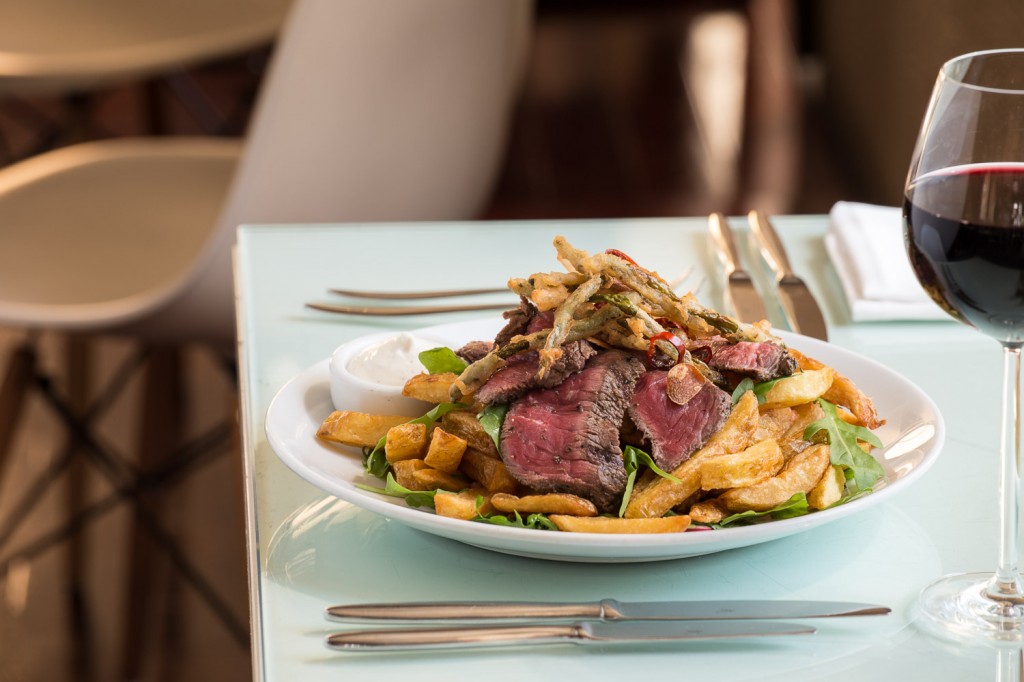 My ‘salad’, if you can really label it as such, was a mountainous feast consisting of rocket, green beans, red onion, radishes, crispy garlic, fried chilli, black bean dressing & ginger-mustard mayonnaise – phew! It was the salad to end all salads and at £17.90 I wouldn’t expect anything less.

The pepper-laced chips were reminiscent of the good old- fashioned chip shop variety, the beef was juicy and pink and the red onion and radishes added a crisp and crunchy kick. There were so many flavours and textures throughout the dish that my taste buds were sent into overdrive, and although the rich black-bean dressing could have been toned down slightly, overall the different combinations worked well.

The slaw was, according to my partner (who is somethng of a slaw connoisseur) some of the best he had tasted. It was crunchy, creamy and fresh and worked to counterbalance the spice from the chipotle sauce perfectly, while the shreds of pulled pork were thick and tangy. However, overall the dish didn’t quite have the wow factor that was expected.

Having already eaten what felt like our bodyweight we could have left satisfied at this point, but decided to power through and try some of the desserts, namely the chocolate brownie and the vanilla & raspberry mascarpone cheesecake.

The brownie was disappointingly dry and too sweet for my palate, but the cheesecake hit the spot. The mascarpone added an extra hit of rich creaminess to the cake, which was bursting with vanilla and the crisp biscuit base was rough and buttery in equal measure. It was topped off with a zingy raspberry sauce, which although was slightly too tart for my liking, it didn’t detract from the outstanding flavours of the cake.

As I left the bar and restaurant I concluded that I had indeed underestimated the establishment when I’d pigeonholed it into an after-work venue. Rocket Holborn was in fact far more than that. 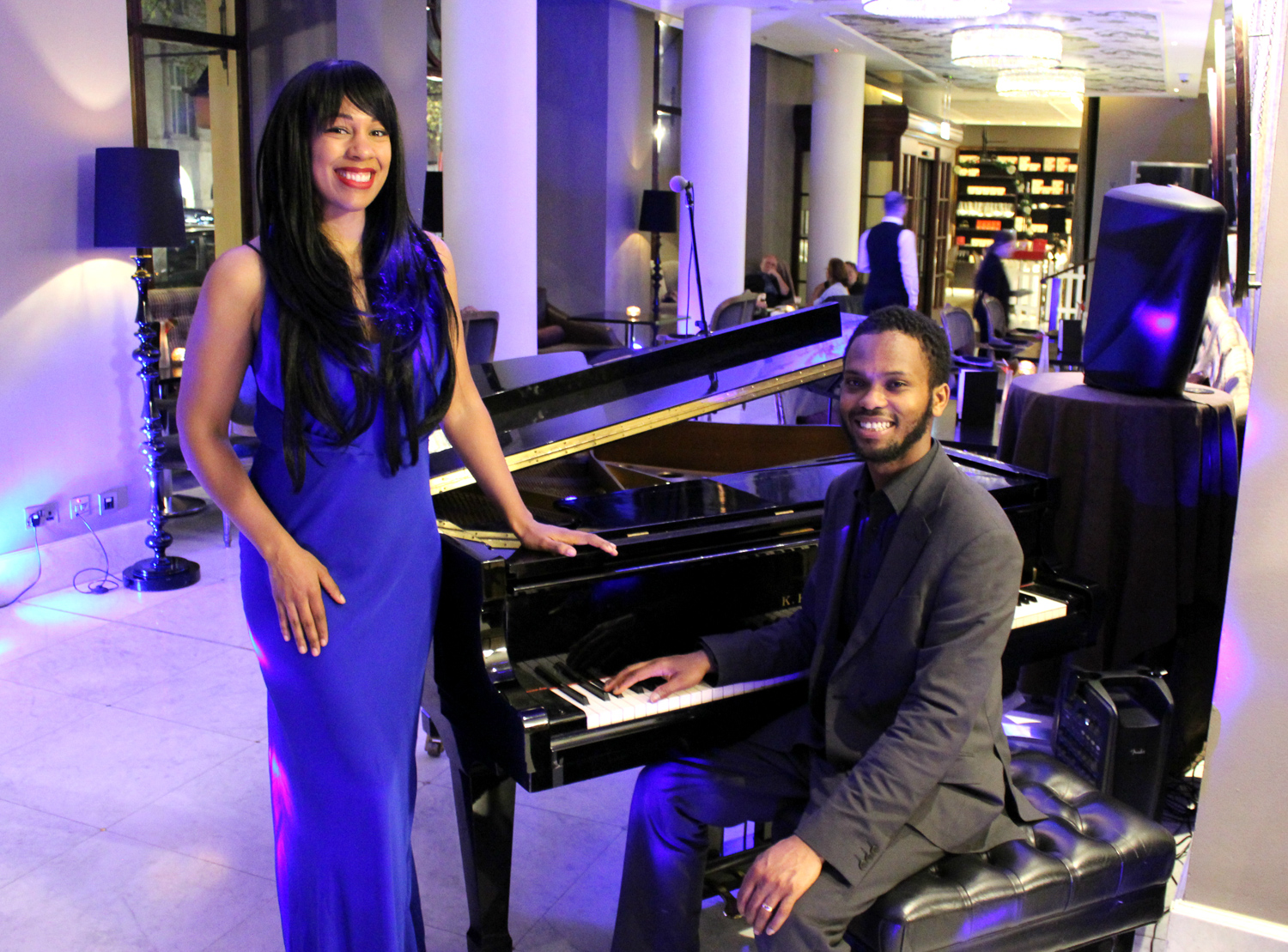 Jazz at the Waldorf Hilton