Direct Line announces potential products of the future, following a 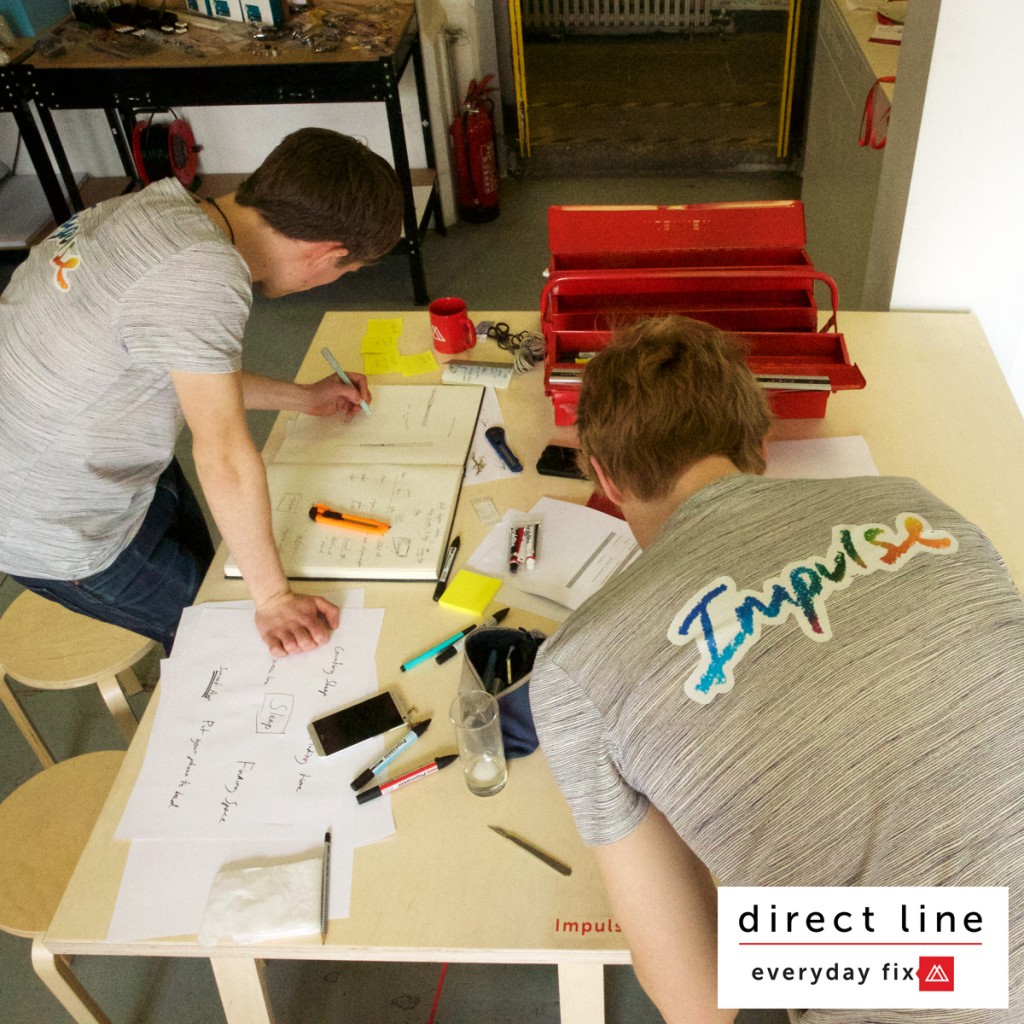 From an alarm clock programmed to take over your phone at night; to a device that reminds you to lock your house; and the world’s smallest phone charger – Direct Line’s Everyday Fix event saw the unveiling of a series of new prototypes, designed to fix some of the nation’s everyday emergencies.

The event, in association with Makerveristy, took place at Somerset House and saw seven multi-disciplinary groups of designers brainstorm, design, create and pitch prototypes to try and fix several of the unplanned everyday emergencies which the nation highlighted as causing them an undue amount of stress.

An expert judging panel made up of Beatrice Pembrook (Director of Creative Economy at the British Council), Paul Smyth (Co-Founder of Makerversity), John Shaw (Head of R&D and Innovation at Direct Line), Jessi Baker (Founder of Provence) and Mark Champkins (Inventor in Residence at the Science Museum) whittled down the forward-thinking prototypes to the following shortlist:

We can reveal that Impulse, with their product, Nipper, the world’s smallest phone charger, has won the Direct Line #EverydayFix and will see their prototype developed into a fully functional product. 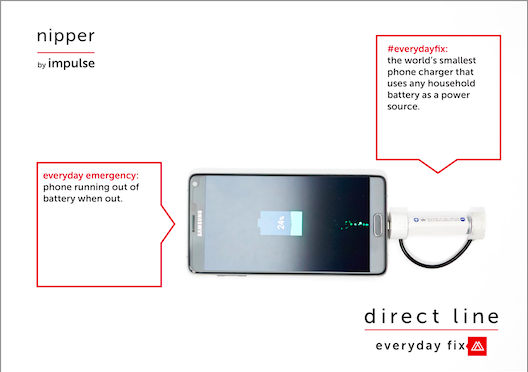 Over the coming months Impulse, Makerversity and Direct Line will work together to develop their prototype into a fully functioning poduct.

Paul Smyth, co-founder of Makerversity said: “We were astounded by the thought, innovation and expertise applied to each of the prototypes at Direct Line’s Everyday Fix and as such, deliberated long and hard over who to shortlist – it definitely wasn’t an easy decision. The final three went through to the next round because they were elegant, clear and memorable fixes, and products we’d all want to go out and buy today! Over the last 48 hours, we’ve seen the great British designers of tomorrow create smart and simple solutions to real life everyday emergencies.”

John Shaw, head of R&D and Innovation at Direct Line said: “As an insurer we are focused on fixing the things that may go wrong for our customers – even those little everyday emergencies. Through the Direct Line Everyday Fix event, we’ve been able to extend our role as ‘fixers’ and work with some unique creative talent to produce a fantastic shortlist of exciting prototypes that start to solve the nation’s everyday emergencies.”

The nation highlighted the following top ten everyday emergencies as things that cause them an undue amount of stress in their daily lives*:

10. Forgetting your bank card when paying for an item (25 per cent)

Which is your favourite? 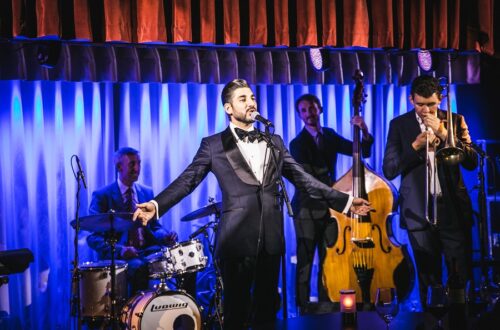 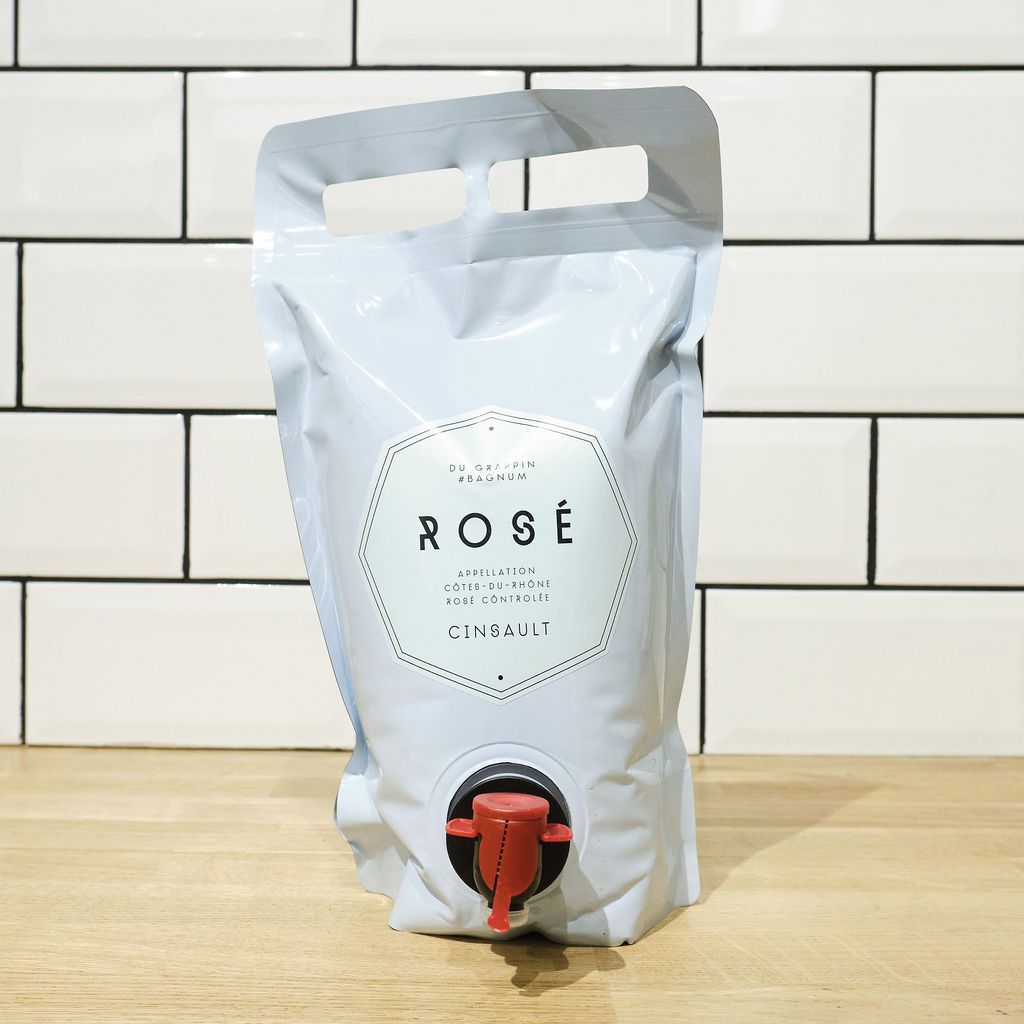