The Hound of the Baskervilles

ONIN London > Arts > The Hound of the Baskervilles

Whether you’re a fan of Sherlock Holmes adaptations, a budding detective or just love being back in a theatre, head to Richmond Theatre this week to see its latest production, The Hound of the Baskervilles. 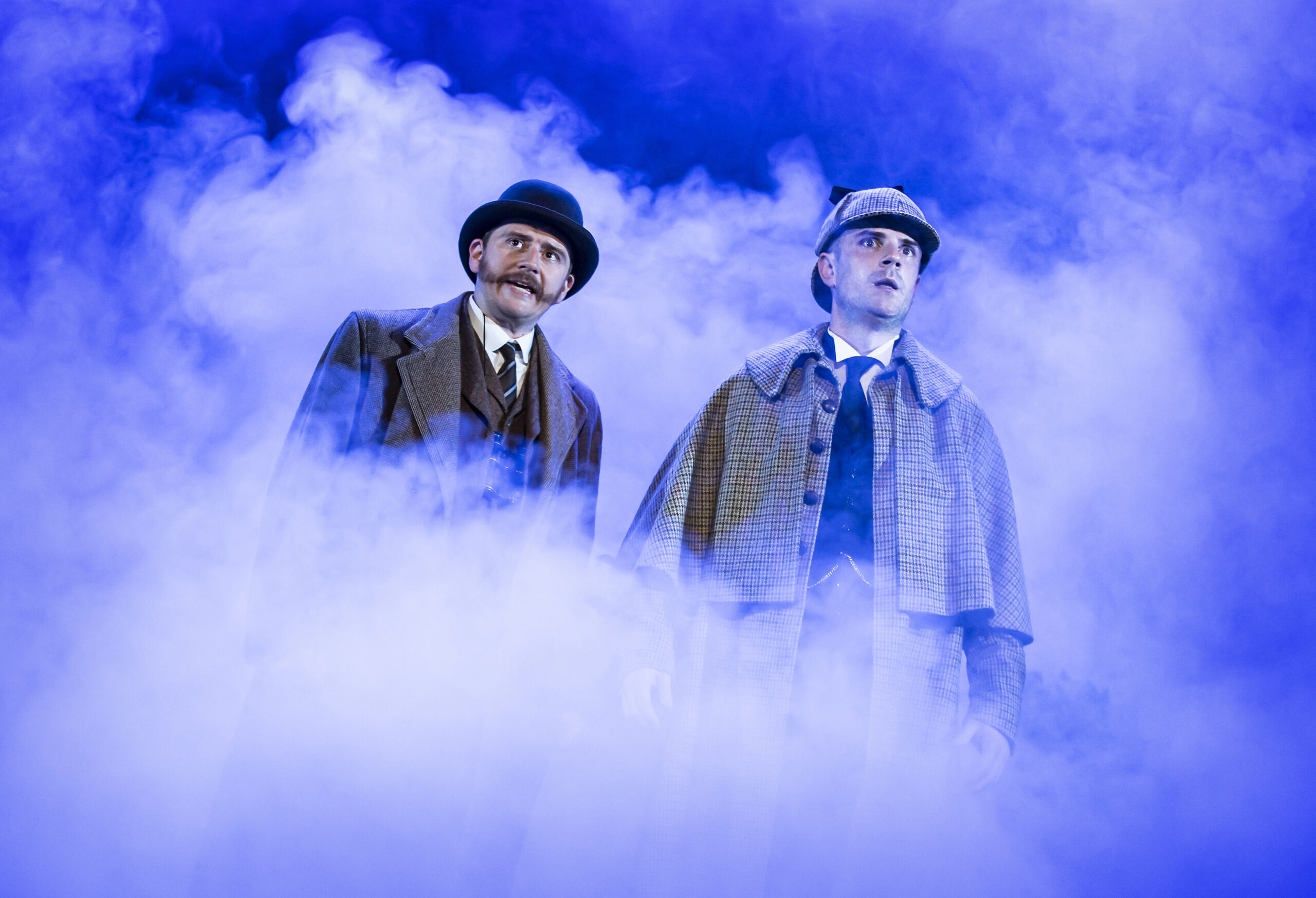 The play is an adaptation of Sir Arthur Conan Doyle’s famous Sherlock Holmes novel of the same name. Sherlock and trusty sidekick Watson are asked to help solve the untimely death of Sir Charles Baskerville. Rumours of a cursed giant hound roaming the moors and a host of suspicious characters complicate matters. Will Sherlock and Watson be able to save the Baskerville family’s last remaining heir? It’s a gripping whodunit for all ages. 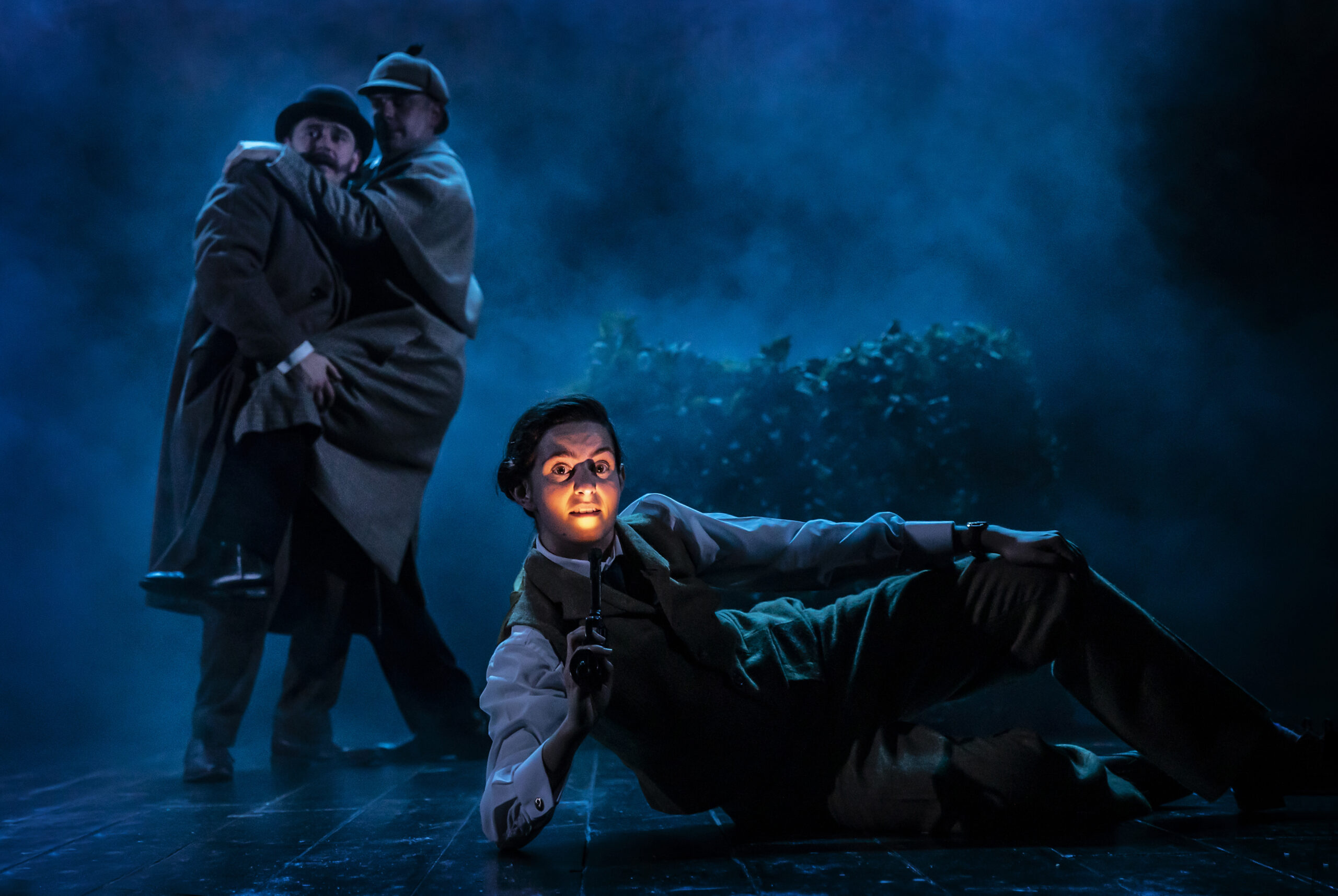 Faithfully adapted in terms of the original plot, it’s been given a comic makeover with aspects of melodrama, farce and pantomime. It’s a fast paced energetic production with a playful script using humour and physicality to good effect most of the time, though some of the jokes and puns lag a little in the second act. The fourth wall is broken a number of times, namely at the beginning when the cast issue a warning to anyone who is unable to ‘determine fact from fiction’, and at the beginning of the second half when they perform the entire first half in a few minutes due to a supposed tweet from a non-existent audience member. Whilst funny, it didn’t really seem to serve a purpose to drive the story forward. 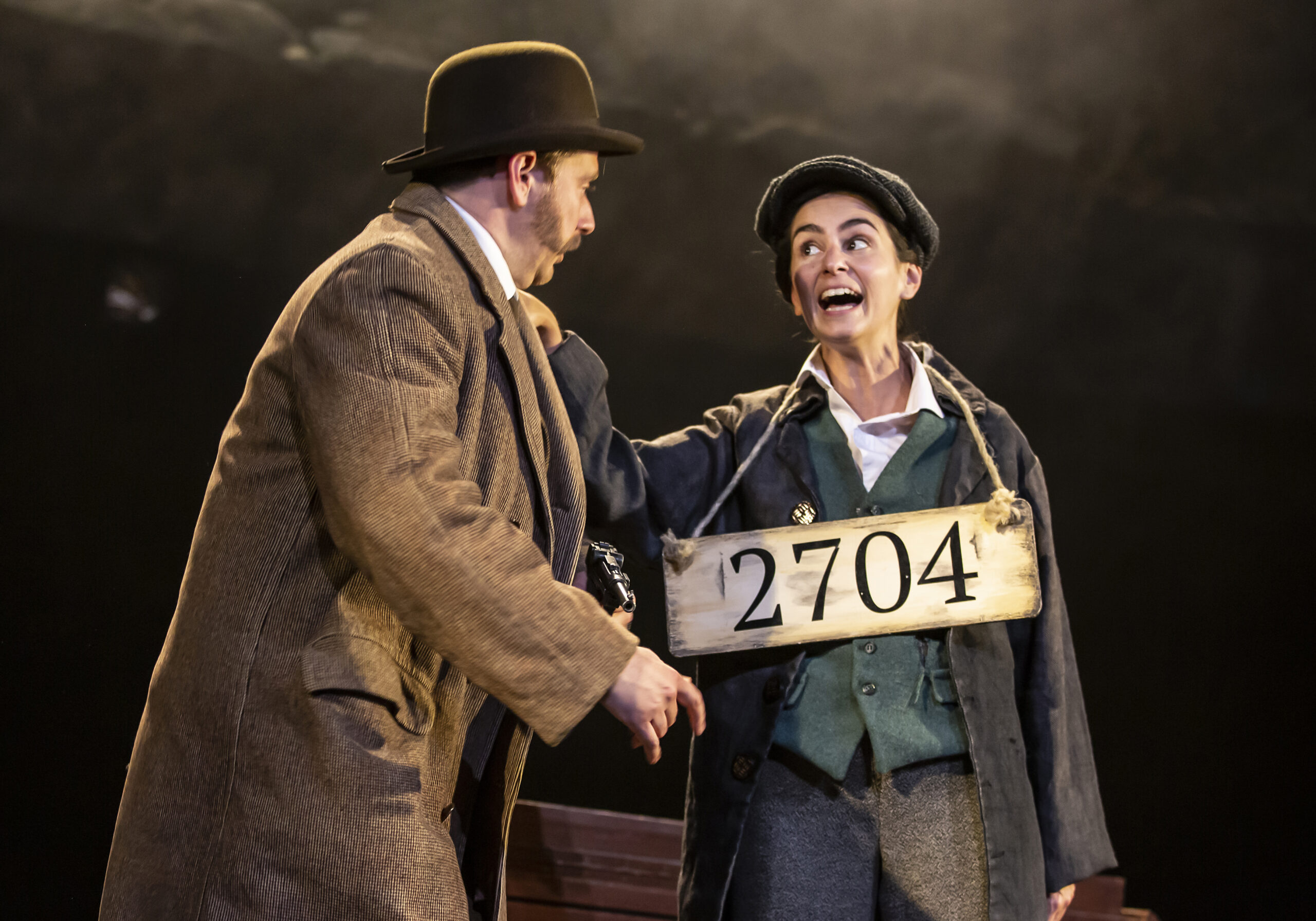 The three actors play all the, as they call them, ‘significant and insignificant characters’. Jake Ferretti’s Sherlock Holmes is presented as eccentric, self-important and a little emotionally distant, though not as dark as some adaptations. Feretti’s Cecile was a firm audience favourite, particularly in the tango scene. The ever loyal Dr Watson is brought to life  by Niall Ransome. 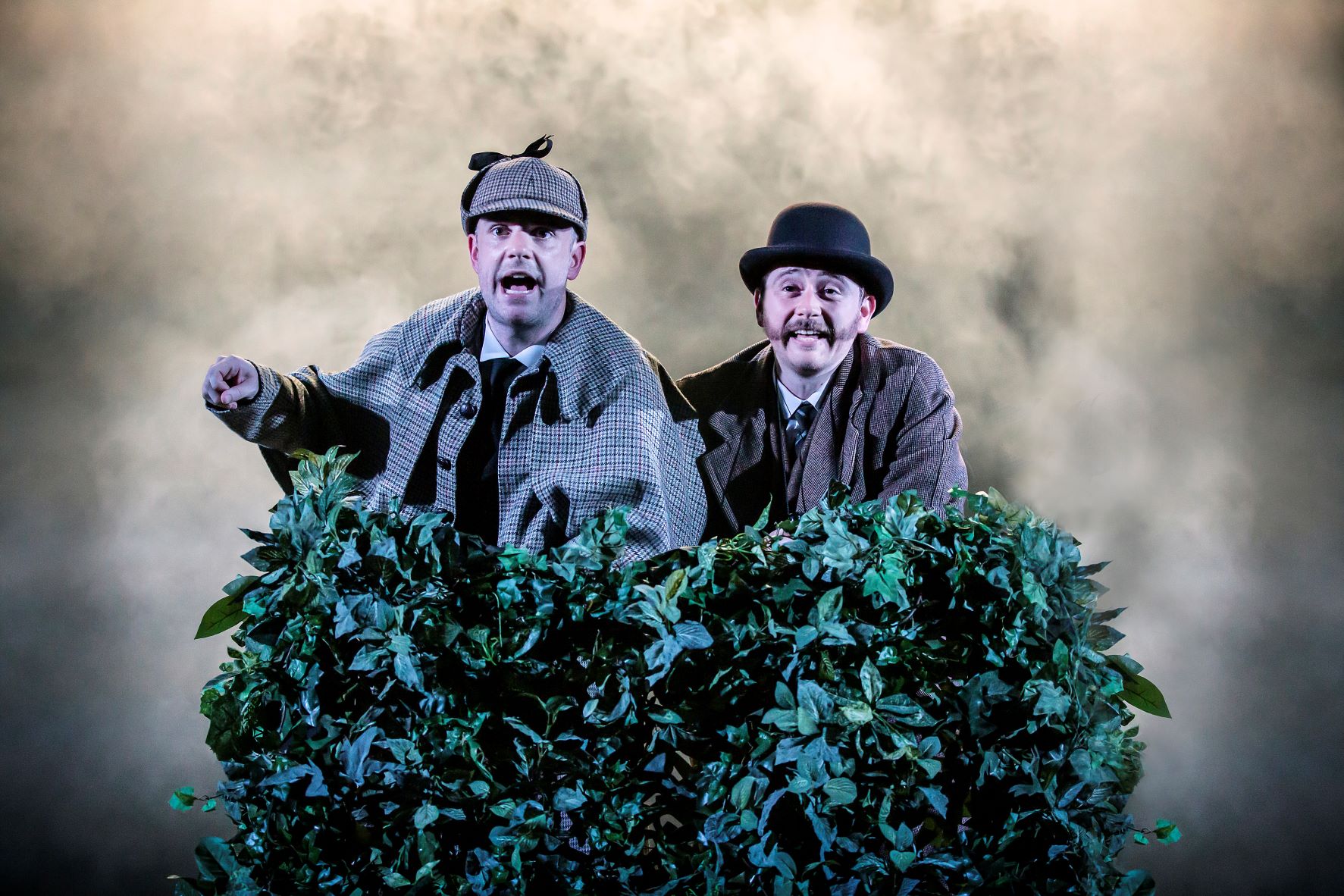 Watson is often the audiences way into the story, though this  Watson is incompetent, perhaps for easy laughs, such as failing to recognise Sherlock in disguise a number of times, which fails to be funny after the first couple. Ransome presents a likeable and heartfelt Watson. Serena Manteghi portrays Sir Henry Baskerville though demonstrates her great versatility by also playing a London cabbie and Dartmoor locals. Each actor delivers superb comic performances.

The multitude of rapid costume changes is extremely well executed. Costume designer David Woodhead has gone with the traditional cap and cape we associate with Sherlock, muted tones contrasting with flashes of colour in for example the flamenco outfit.  As a range of locations are also needed, the set is a magnificent 3D backdrop of the Baskerville Manor, moors and spooky trees. One wooden box goes from being a desk in Sherlock’s office, to a steam-room to seats on a train. Lighting by Derek Anderson conveys the warmth of a fireplace, the darkness of the moors at night, and the suspicious flickering lights in the manor. Andy Graham’s sound design moves us from the sinking-bogs of the moors to the dreaded call of the unseen hound. There’s a nod to traditional murder mystery music when big plot points or ‘aha’ moments are revealed.  ‘Who let the dogs out’ was a fitting song for the actors to take their bows, and had the audience clapping along.

The story was originally adapted for the stage in 2008 by Steve Canny and John Nicholson for Peepolykus. It’s produced by the award-winning Original Theatre Company and Octagon Theatre Bolton. Directed by Lotte Wakeham (original) and Tim Jackson (UK tour).

Overall it’s an entertaining, energetic night out that will have you laughing out loud.

The Hound of the Baskervilles runs from 2nd to 6th November 2021 at Richmond Theatre. Performances are Tuesday to Saturday at 19:30, and Wednesday and Saturday at 14:30. Tickets start at £13.

Hound of the Baskervilles then continues its UK TOUR calling at: