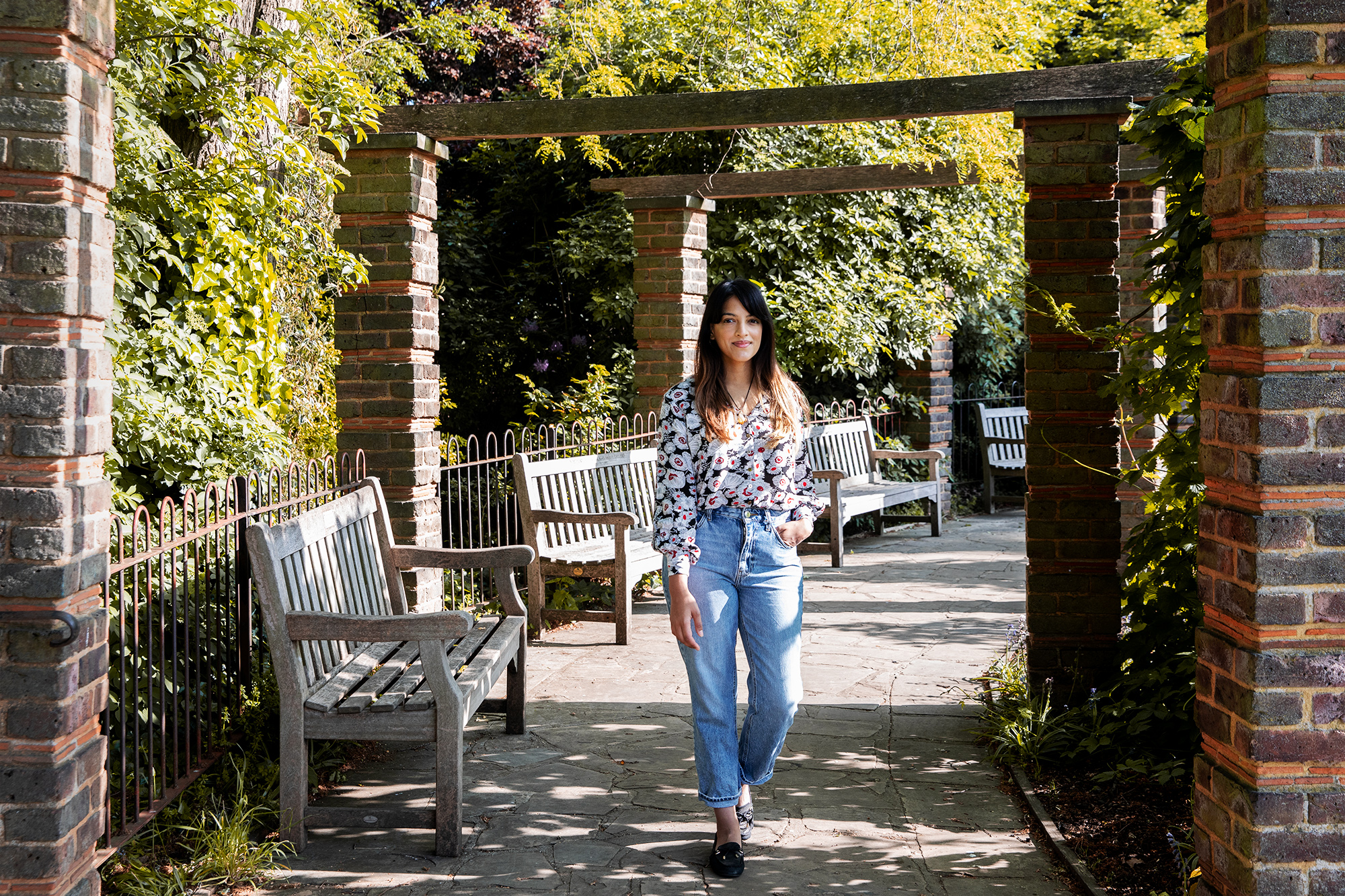 During the first three weeks of Lockdown, London was eerie, not many people walking in the streets, and most of those out about, were either going to a supermarket or doing their daily exercise.

For London photographer Nyla Sammons, her safe haven was walking through South East London’s Horniman Gardens, to get her daily fix of exercise and nature. During her daily walks, she became interested in the other people strolling through the gardens, intrigued to find out their stories, what brought them to the Horniman Gardens and how they were coping during lockdown.

Walkers of the Horniman during Lockdown

Facing the closed pathway to the park’s victorian conservatory, Lloyd was found excitedly talking about the beautiful glass building to a young man standing over 2 meters away from him.

Lloyd beamed as he explained what a nice wedding venue it would make. Recognising and abiding by social distancing measures, Lloyd was taking a walk with his son Nathan who he had not seen for weeks on end. The sunny stroll granted him the opportunity to wish Nathan a face-to-face Happy Birthday for the previous day.

“Because of Lockdown, I’ve been indoors most of the time. I thought it would a waste of a nice day not to come out and enjoy nature”

As his proud father Lloyd beamed about being able to safely see his son for the first time in weeks, for Birthday boy Nathan, this was also a joyous time to see his dad and a chance to break up the tedium of lockdown.

The most difficult part of lockdown is the monotony of it all. The days start to feel the same”

The walk had provided Nathan with a respite from the boredom of lockdown and had re-ignited his fondness for the park.

“It’s rare to have such a beautiful space like this on your doorstep, you’ve got the animals to see, the flowers and the views, it’s such a nice place”

Layla and Paul – The Explorers

Layla has been visiting the Horniman since before she was born, when dad Paul and her expectant mother would come for daily walks to the gardens. Spotted taking her dad Paul for their daily walk on a sunny afternoon, Layla has made sure that the lockdown doesn’t kill this tradition.

Layla’s favourite parts of the Horniman have changed and developed over the years, originally preferring the animals and museum. During the first few days of lockdown, Layla would walk towards the entrance to the museum and try to get in. As the building has closed to the public during lockdown, she has started to explore – and fall in love with –  other parts of the grounds, such as finding places in the bushes to hide.

Paul has found that people’s attitudes haven’t dampened due to the lockdown and in some ways have enhanced Layla’s social life.

“Everyone has been much friendlier, and there are lots of other children of a similar age to Layla who she makes friends with at a 2 meter distance”

Gingerly approaching people for their portrait and story at a time of social distancing felt awkward at first but the overall response was extremely positive. One man made the job of approaching easy for me. Whilst scouring the area around the bandstand, a friendly voice from behind us called “I’ll do it”

Artist and photographer Richard – another frequent visitor and friend to the Horniman – is normally at the museum and gardens to test out his camera equipment.

“The Horniman has landscapes, distant views, animals, people, well kept gardens and museum artifacts. This variety is perfect to test out my various equipment ”

Through comparing notes on equipment, lighting and techniques, it soon became clear that Richard wasn’t carrying his photo gear.

“Recently I’ve not been bringing my camera, I’ve just been walking here a lot as it keeps me sane”

It was then that it started to become clear, these spaces are not merely places to view or conduct hobbies, they play a vital role in people’s health and wellbeing, particularly at times like this.

About 2 months before we spotted Sum in an almost crab like pose, he was passing through the Horniman gardens on a daily run, when he spotted one of his true loves, the large and beautiful Cedar tree facing the prehistoric garden. Since then, the tree has become a regular spot for Sum to practice his animal flow – a mix of Yoga, Capoeira and Pilates, and has continued to become his spot for daily exercise.

“Everything here just seems…right” I can come here and practice some TRX, practice some animal flow, once I’m in my spot it’s easier to keep my distance whilst practicing”

This has allowed Sum to get his recommended daily exercise and also learn other people’s stories. Once day, sat in his usual spot, he noticed a lady approach a man sat on the bench opposite the tree and – at a safe distance, asked if she could touch the bench. Bemused and not hearing properly through his headphones, the man left. The lady was joined by her husband and Intrigued, Sum sparked up a conversation. He learned that the bench was a memorial to the couple’s son, who passed away last year in Croatia. This resonated with how Sum’s Dad passed away suddenly.

“It was nice how the father liked to talk about his son, and you could see how proud he was”

Sum now has a new relationship with the benches, always taking time to read the stories and of course, he has his favourite tree.

“One of my buddies asked me “How’s your girlfriend?” “What are you talking about I said…”Your tree?” he replied.

Admittedly the title of the project is “walkers” not “workers” of the Horniman but the dedicated people who work at the Horniman play an important role in making it a special place to visit. And workers also walk through the Horniman, even on their days off.

Security Juraj and garden keeper Rich were at the pavilion on this particular day to record a podcast about the trees in the Horniman for the Urban Tree Festival 2020.

Unable to dig any deeper into the top secret podcast, Juraj was able to shed some light on how lockdown, and the tighter rules has affected people’s behaviour in the park.

“Most people have been behaving themselves and abiding by the rules”

As a northerner living in London for the past 9 years, it had always been important to Rick to be close to friends and have that feeling of community and support. It was therefore an odd choice for him to leave most of them who live in North and East London and move south of the river to Forest Hill.

Longing for an area which had access to green space, nature, a hideaway from the chaos of the city, but still with a strong connection to the pulse of London, Forest Hill ticked all the boxes for Rick and the Horniman played part in the decision to move.

“Having visited years before moving, I fell in love with the layout, the serenity and the community feel of the park. Since then it has played so many roles for me. A companion on the days when friends are not instantly accessible, a haven to relieve stress – by just being in it’s gardens, a place to bring friends and family, a place to be inspired by the musicians and dancers who perform at the band-stand, a place to learn, a place to impress dates”

The last date Rick brought here was so impressed, she moved to the area and into Rick’s flat and is now as in love with the Horniman as much as he is. That girl he’s talking about is me.

It has given us a safe haven during lockdown to get his daily exercise and look after our mental health.

“On one of our daily walks, my girlfriend, a photographer unable to work, and intrigued by the people walking through, became intrigued as to what their stories were. Together , we started this project to find out.”

And so the Horniman continues to provide inspiration.

To view all images from this portrait series and stories visit: https://www.nylasammons.com/blog/2020/5/walkers-of-the-horniman-at-lockdown 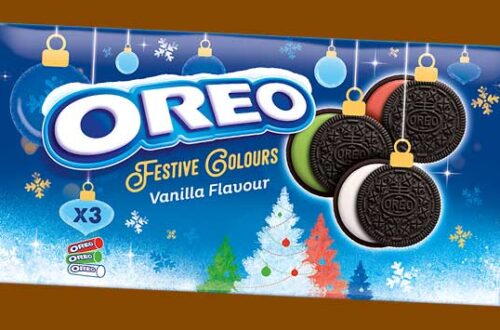 GET FESTIVE WITH OREO! 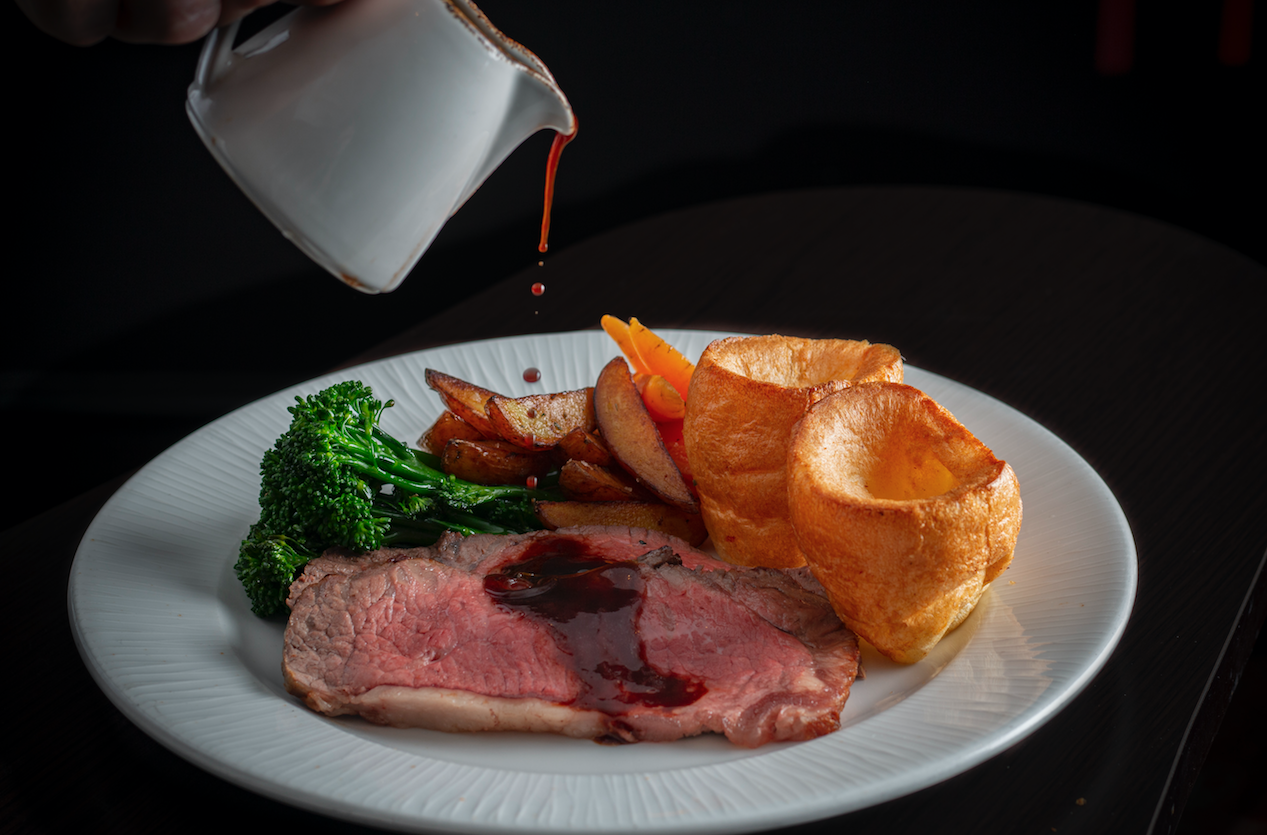 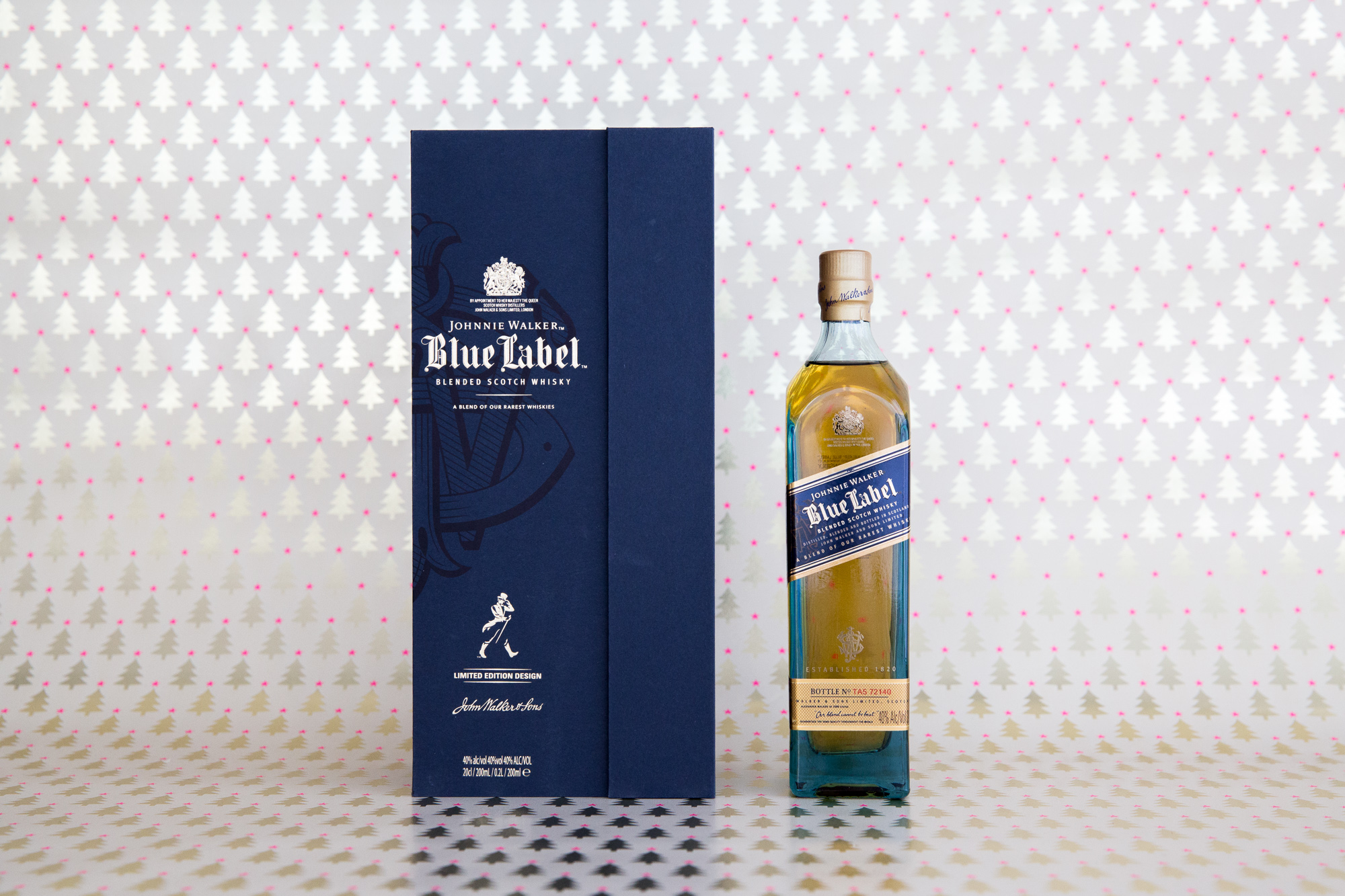