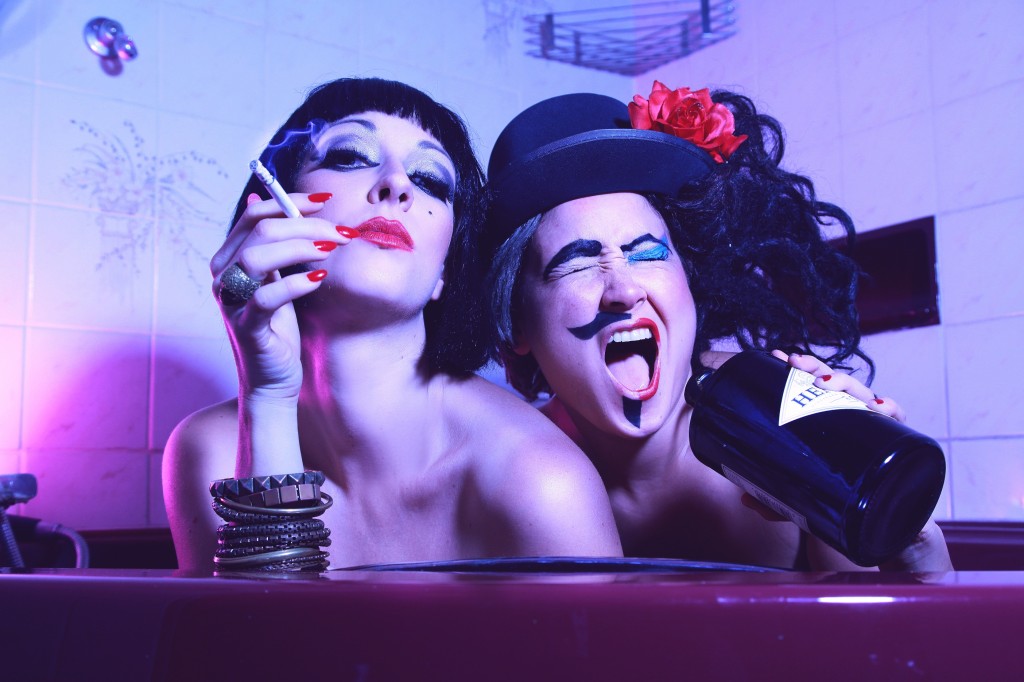 Deviant diva Bernie and half-moustachioed Victy are not technically dating – but they do share a bed. Now, for the first time, they are ready to rip the sheets off and reveal the bizarrely comic secrets of their cosy domestic situation.

The award winning duo have appeared on BBC’s Live at the Electric and headlined Comedy Up Late for ABC2 TV.

“A glorious mix of humour, sauciness, musical prowess and the glitter balls to push an audience far beyond their wildest wet dreams” – Sunday Mail