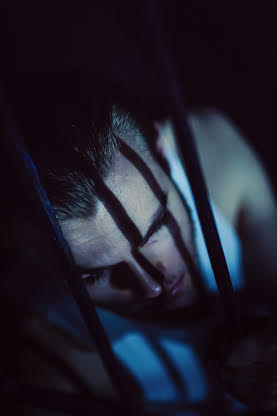 His father has been murdered.

A gripping prologue to a unconventional retelling of Shakespeare’s Hamlet don’t you think? Which left us at ONIN so intrigued we had to get some insight behind this new production!

Luckily we got take five with Zoe Ford (the artistic director and founder of Hiraeth, and the director of Hamlet), Cat White (the Education Officer for Hiraeth) and Nikki Anderson (the Producer).

HEYA GUYS! SO YOUR PREVIOUS PRODUCTION ‘TITUS ANDRONICUS’ WAS A GREAT SUCCESS! WE’VE SEEN ZOE HAS PREVIOUS SHAKERPEARIAN TITLES TO HER NAME, BUT WHY WAS HAMLET YOUR NEXT PRODUCTION?

Zoe: Thank you! Hamlet was the first Shakespearean play I ever read at 15 and it absolutely captivated me. I have always wanted to direct it. In my mind, I had always envisioned Hamlet as this handsome, lovable, tempestuous and latently violent young lad in an extraordinary circumstance and I had never met a young actor who I felt encapsulated the dichotomy of intense emotional sensitivity, whilst harbouring spontaneous and uncontrollable rage. When I initially met Adam Lawrence, it was in audition for Titus Andronicus. He came in with a prepared speech from Hamlet – it blew my mind, he understood, what I felt, was the frustration and devastation of Hamlet’s situation. It was a very special moment and I knew then, that it was the time to start the creative wheels turning on this production.

BUT THIS HAMLET HAS A BIT OF A TWIST RIGHT? WHAT PROMPTED THIS?

Zoe: Much in the way of Titus Andronicus, musing over the play, images started appearing in my head of Hamlet in prison, in his cell, in isolation, behind bars – I am not entirely sure where these images came from – it was very organic.

Cat: At Hiraeth, we love to push the boundaries and challenge people’s pre-conceived ideas of how Shakespeare should be performed. The story of Hamlet is a fantastic study of humanity in so many ways, and we wanted to create a world which a modern audience, who maybe wouldn’t normally approach Shakespeare, can appreciate its genius.

HOW DID YOU CUT THE PLAY TO 2 HOURS? 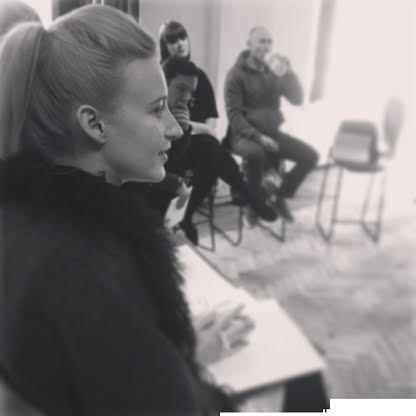 Zoe: Blood, sweat and tears! It’s a beautiful script, so it was very difficult. But all we have removed is superfluous plot and dialogue which didn’t support the central storyline and the characters’ emotional journeys.

Cat: The key to keeping the essence of the play whilst having to cut parts of the script (as many, many companies do, especially with this play which runs at over 4 hours!) is to ensure that the story is clear. With the key plot points and scenes anchored, it’s a case of assessing what remains to see what is essential to the story. A lot of the expounded back stories and relationships will be obvious by the amazing work that the actors are doing on the stage, rather than through verbalization.

DID YOU ENCOUNTER ANY OTHER HURDLES WHILE REMAKING THE SHAKESPEARIAN CLASSIC?

Zoe: I’m still contemplating the ending – the environment in which the final conflict explodes. It’s tricky, I want to create a nail biting finale which also exposes the emotional tumult which comes to fruition.

Cat: There are always going to be some hurdles to overcome when producing Shakespeare; the constant fear that people won’t like what we’ve done, wondering if the cuts makes sense, the comparisons which will undoubtedly be drawn between this and other productions. We have, however, such a strong, dedicated team, and we believe in what we are doing, so these niggling fears and doubts are easily swept aside. We are creating a piece of art, and all art by its nature is supposed to trigger a response from its audience and make them think. If we do that, in whatever way, we have achieved our goal.

HOW DID YOU CHOOSE THE CAST? WE SEE YOU’VE HIRED OF THE GUYS BEFORE

Zoe: Yes, we have worked with Adam and Lewis before (Hamlet and Horatio) who, in fact, are best friends in real life, which brings a wonderful chemistry to their on stage relationship. These three are great friends of mine and it really is a joy to have them – the friendship creates a mutual support and care for each other which can be rare.  The rest of the cast were found through recommendation and casting – they are all absolutely captivating and lovely, I feel so privileged to be working with them all.

Nikki: We are now in the fortunate position that our previous body of work entices actors. We were spoiled for choice at the auditions and saw so many talented people. But there were some who just came in and fought for their parts. There was no way we could not cast them. One of my favourite parts of the job is contacting actors and letting them know you want them to be a part of the production. It is when the production suddenly starts to become very real and tangible.

I TAKE IT YOU’VE GOT TO KNOW THE GUYS PRETTY WELL BY NOW, HOW WAS IY WORKING WITH THEM ALL?

Cat: They are fantastic! Each cast member brings their own energy into the rehearsal room, and to watch them work is an absolute pleasure. They are fearless, which is so exciting to be a part of, and it’s creating one heck of a show!

Nikki: We knew from the auditions that we were going to have a very talented cast, but what has impressed me most is their ability to support and encourage each other. I think that one of Zoe’s many strengths as a director is her ability to build a company that trust and nurture each other. There is an infectious energy and enthusiasm in the rehearsal room which makes me want to shut off my laptop and invent a character for myself to play.

WHERE IS HIRAETH ARTISTIC PRODUCTIONS HEADING NEXT?

Zoe: The stars … watch this space.

Nikki: Every person who works for Hiraeth is very ambitious; we all want to see the company grow bigger and stronger. From a producer’s perspective, the next step would be to generate more varied funding and investment for the company in order for us to create work on a larger scale.

Cat: We are going to be focussing hugely on our newly formed education initiative and taking our approach to Shakespeare into schools. We want to ensure that the richness and genius of these plays isn’t lost to the next generation and are looking at ways to engage teenagers with the classic texts in a way that stimulates and inspires them, as well as helping them to pass those pesky exams!

EatAbout – Eat Beyond the Restaurant 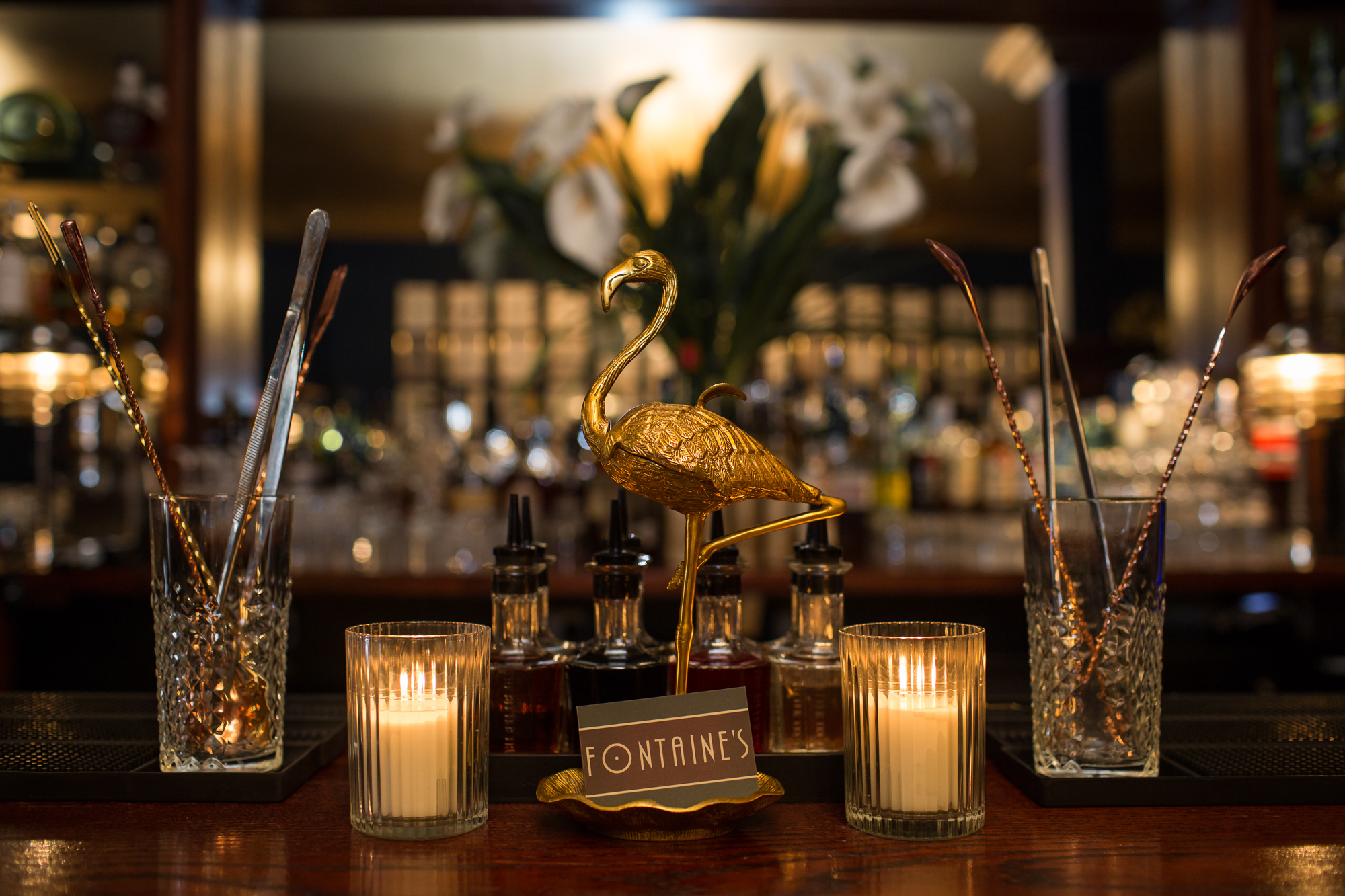 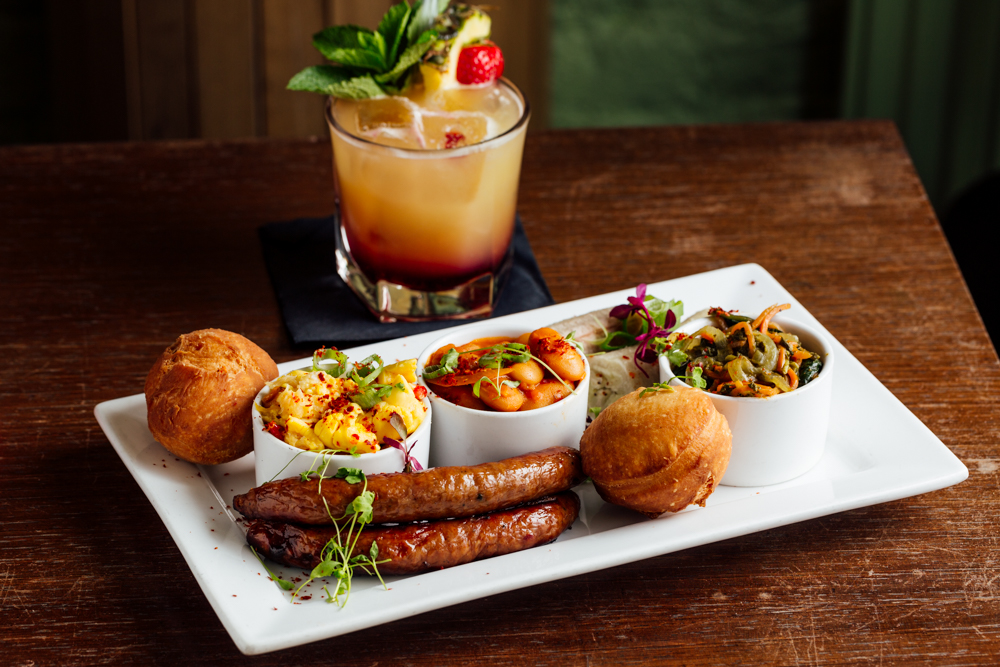