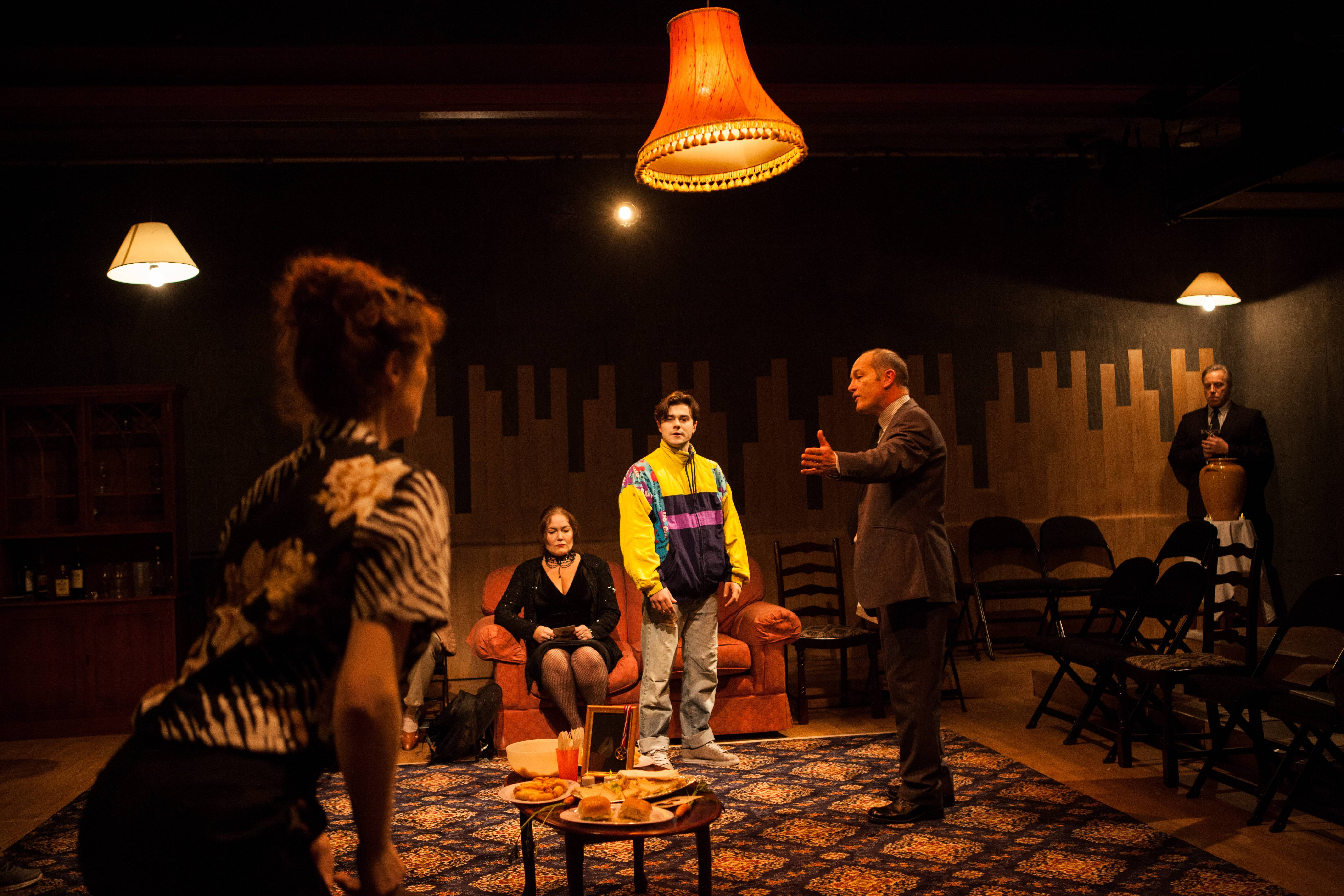 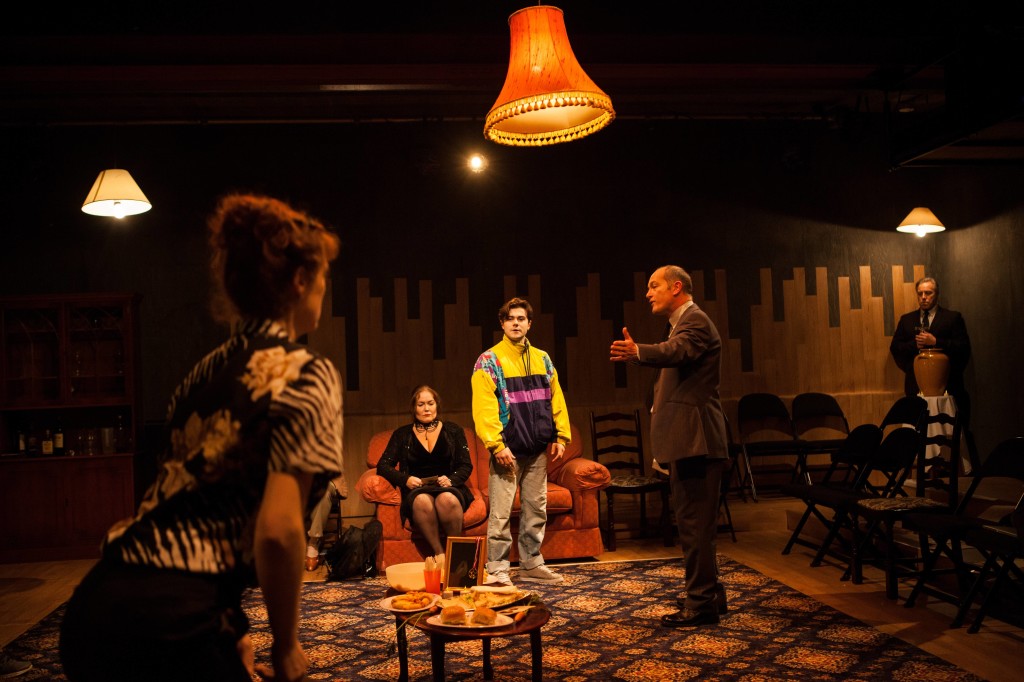 Saving Jason, currently performing at the Park Theatre is an incredible new play written by Peter Quilter and directed by Steven Dexter. Set in 1996, Saving Jason focuses on Linda and Trevor going to desperate and slightly unconventional measures to try save their teenage son, Jason. All of this is with the assistance of the outrageously funny Julie Armstrong as Aunt Angela, Cory Peterson as Uncle Derek and the dear Paddy Navin as Mary, a family friend/neighbour. As with all plans with the best intentions, chaos ensues and all manner of the family’s skeletons in the closet come out to play. 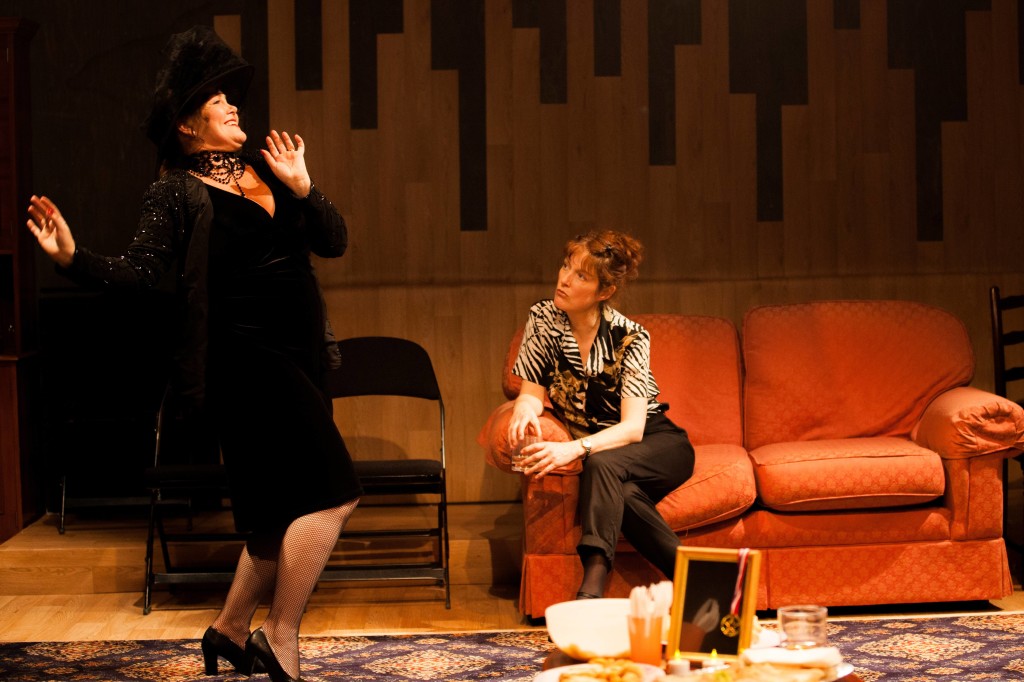 The entire production takes place in the living room and the audience sits around the stage, immersing themselves into the drama and comedy that is taking place throughout. It is an intimate production and at times I felt that I was actually a guest in Jason, Trevor and Linda’s living room about to be called on to give my views on young teenagers using illicit substances. Luckily this wasn’t the case, but be warned… sit in the front row and you may just be hit by a stray sausage roll like I did. No harm was done, however, and it added to raw drama I was witnessing on stage. 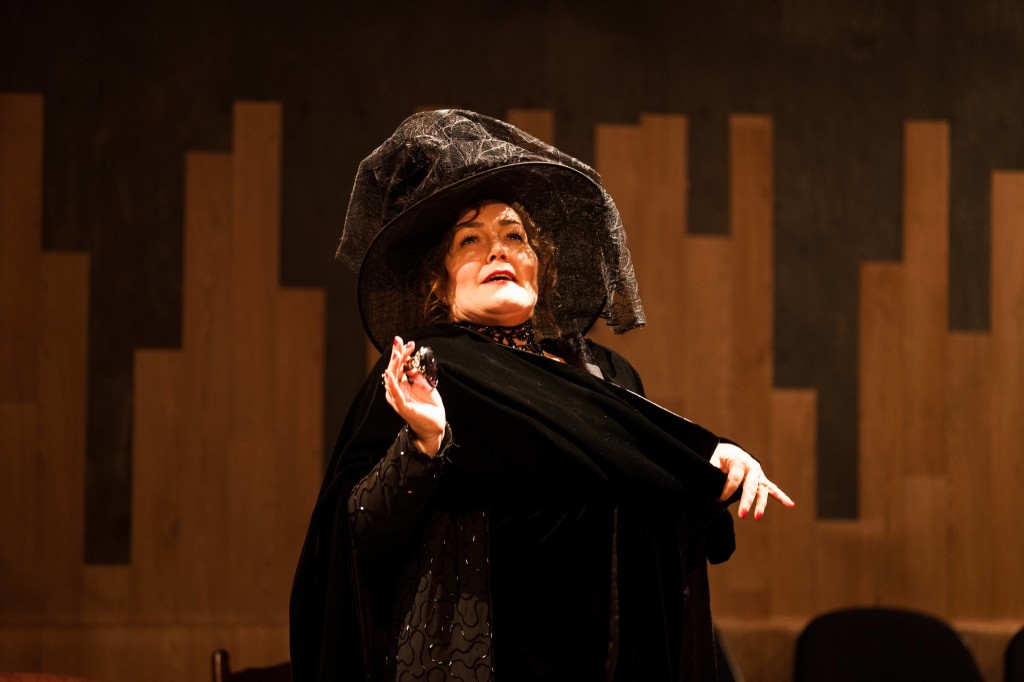 The night I saw the show, there probably would have been only 13 people in the audience. Which was a real shame as the Saving Jason was hilarious. To be able to convey to the audience such a tension filled topic as youth using Class A drugs with not only raw emotion but with humour is an extraordinary feat. And the humour is certainly there, in the form of small chuckles and full on laugh out loud moments. Despite the humour, I still connected with Trevor and Linda’s frustrations and fears for their son’s safety while he is out attending raves, taking ecstasy and being a general bad boy around town. 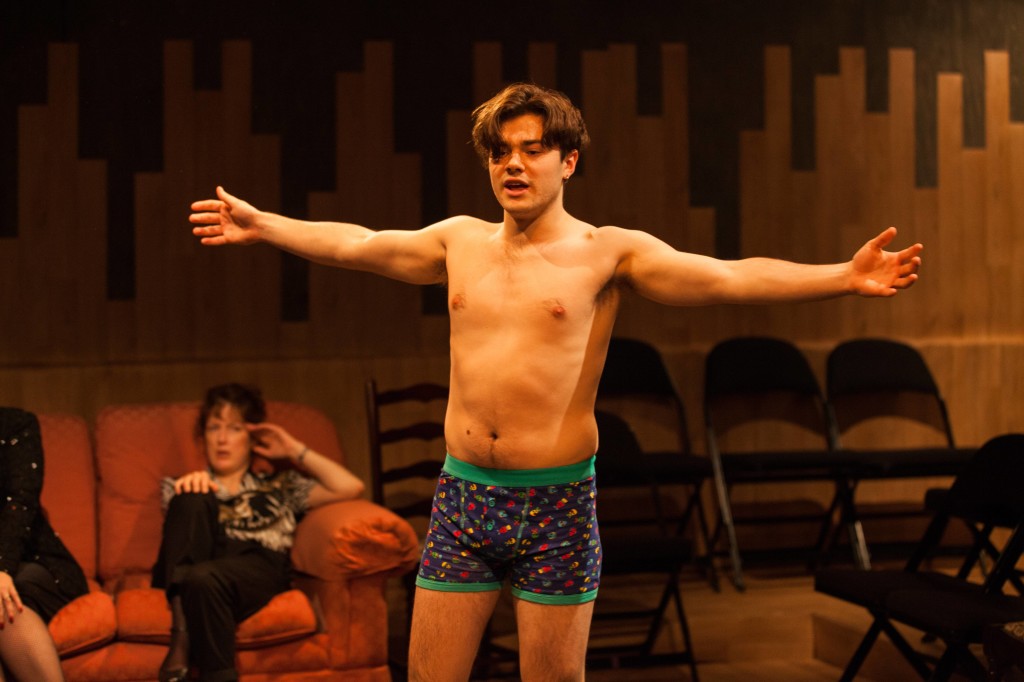 Playing until the 3rd of December at Park Theatre, Saving Jason is an unorthodox play not to be missed. My friend and I thoroughly enjoyed it so hurry up your tickets before you miss out.