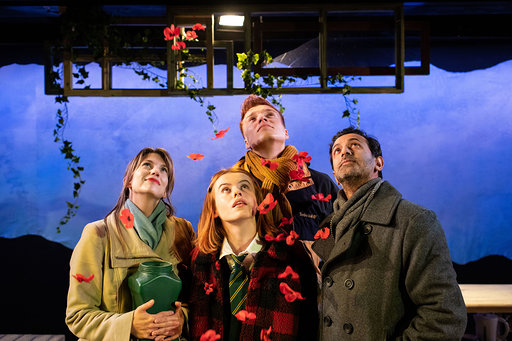 The show deals with parent shaming, the dangers of social media, suicide , guilt and the powerful emotions accompanying loss and grief. It’s a play that could easily become predictable given the themes, however, Sarah Rutherford’s writing turns it into a poignant and darkly funny play which exceeds expectations. 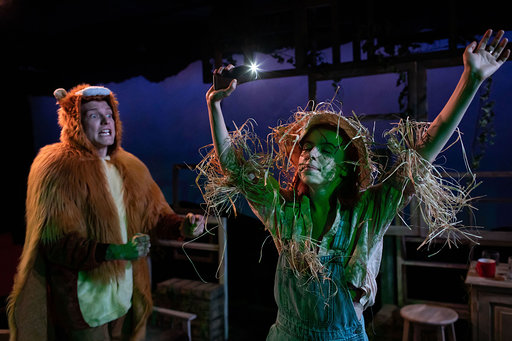 So what’s the plot? Well ‘Teenager Sam’s dead. After some social media foolishness. And everyone says it’s her mum’s fault so when bereaved mother Thea sets off on a mission to find out why her daughter Sam is dead, she is joined in her journey by bickering teen twins Lenny and Billie, plus Gil — a lost-soul whose life collides with theirs in a way that can only ever get messy’. 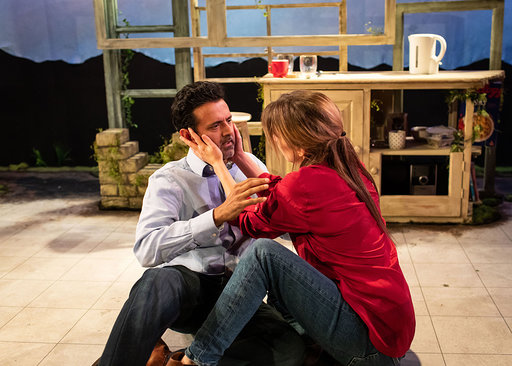 Navin Chowdhry (Gil), Rosie Day (Billie), Will Fletcher (Lenny) and Claire Goose (Thea) bring the play to life though it is Rosie Day who is the standout star. Her portrayal of a teenage girl who has lost her best friend is dynamic and mesmerising. She commands the stage whenever she appears. It’s hard to imagine she is really 24 as she has the mannerisms of a teenage girl down to a T. She’s certainly one to watch and it’s no surprise to see that 2019 is becoming a big year for her acting wise. 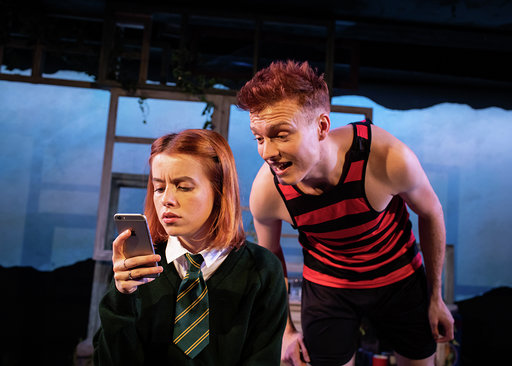 The Girl Who Fell was a play that had me laughing one minute then at the verge of tears the next. There was only one scene involving the use of drugs which was incredibly difficult to watch. While it made sense in the scheme of the play, it still felt slightly out of place. 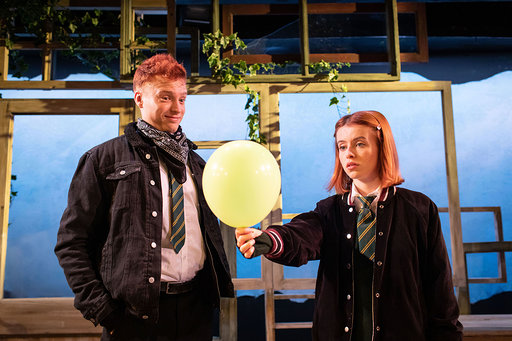 Overall, I would highly recommend you get down to Trafalgar Studios to see The Girl Who Fell. It’s a play that will leave you thinking and maybe slightly emotionally exhausted. But isn’t that the mark of a good performance? It means you’re invested in the characters and want to see how everything turns out.

THE GIRL WHO FELL

Running Time: To be confirmed