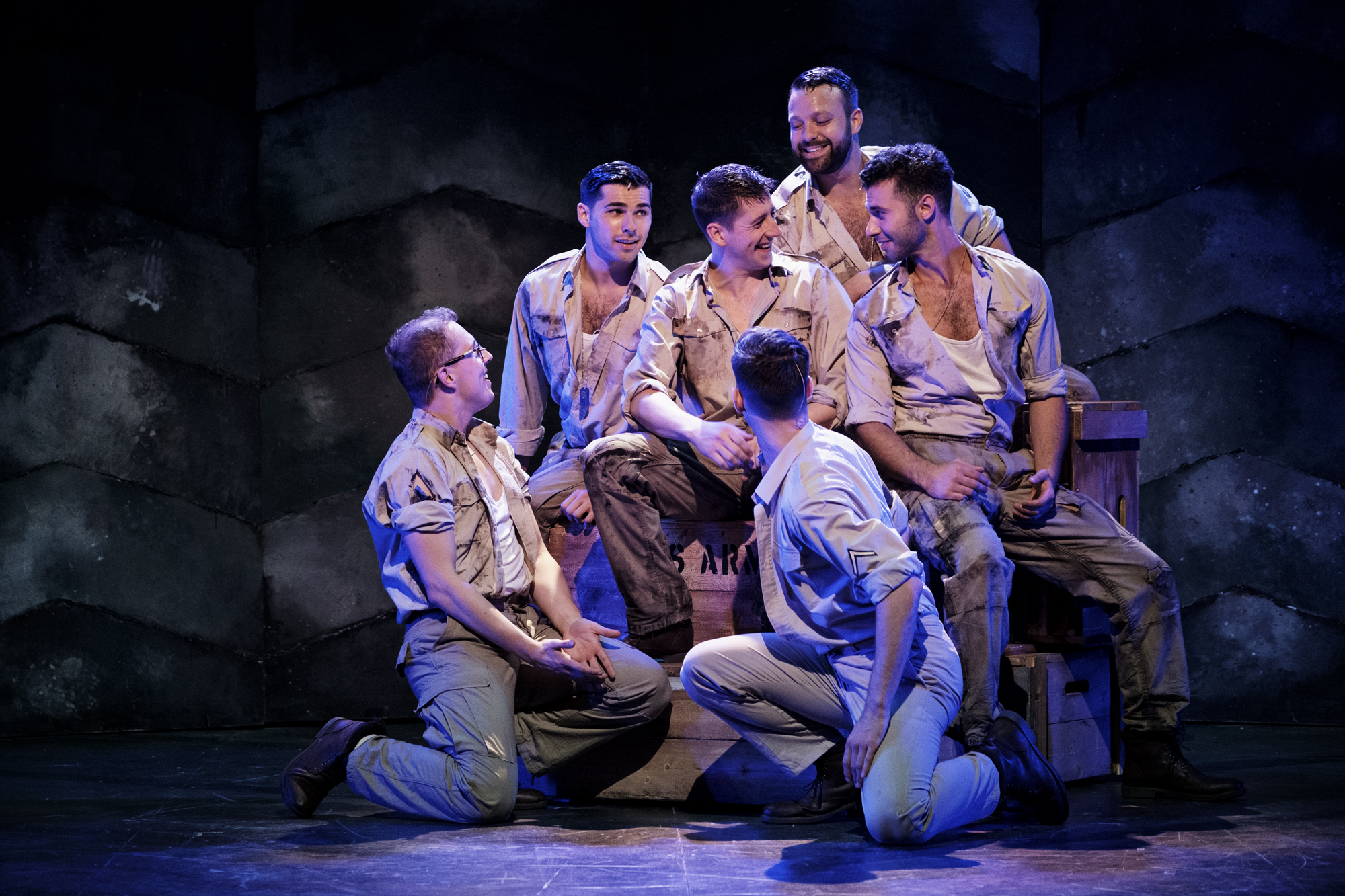 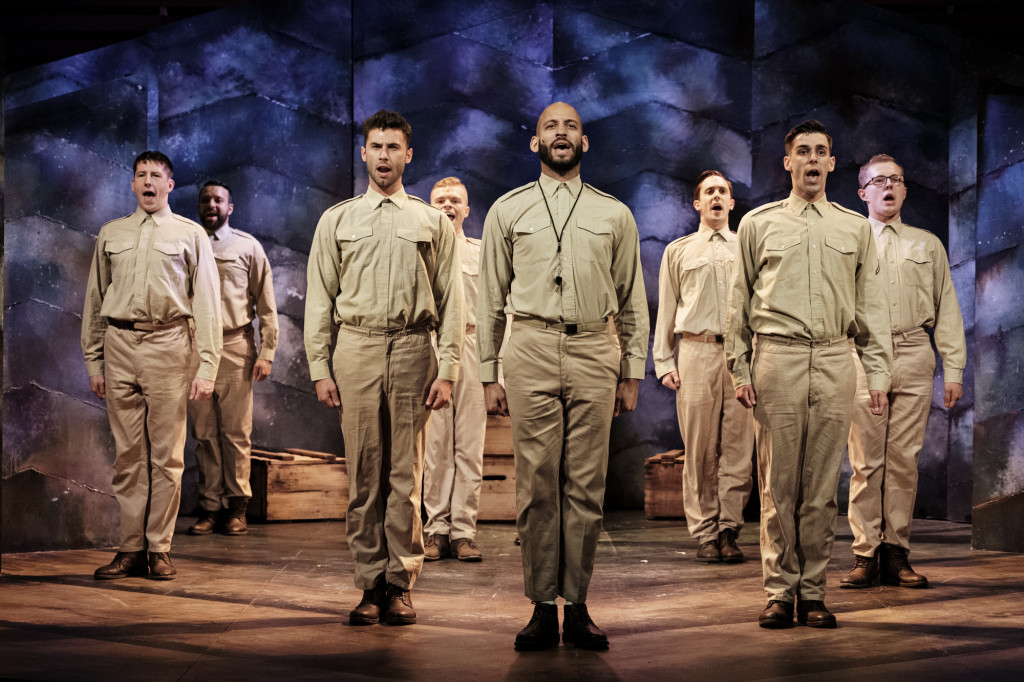 YANK! was originally presented at the New York Musical Theatre in 2005, then premiered Off- Broadway to high acclaim in 2010 acknowledged in 7 Drama Desk nominations some of which were Best Musical and Best Score. YANK! has also been performed entirely in Portuguese for a South American premiere in Rio de Janeiro. This World War II forgotten love story made its European debut in Manchester and now comes to the historic Charing Cross Theatre in the heart of London.

YANK! created by Joseph and David Zellnik, is a witty and inspiring musical that recites the events of a World War II journal written by Stu. He talks of his experiences from the training ground to the front after joining the marines and the hardships throughout. Ultimately YANK! is a love story following Stu (Scott Hunter) and Mitch’s (Andy Coxon) relationship as it rides the roller coaster of World War II, where homosexuality is forbidden. Men do indeed sleep with each other, but only out of loneliness and longing for their wives, it is only a crime if you desire it. 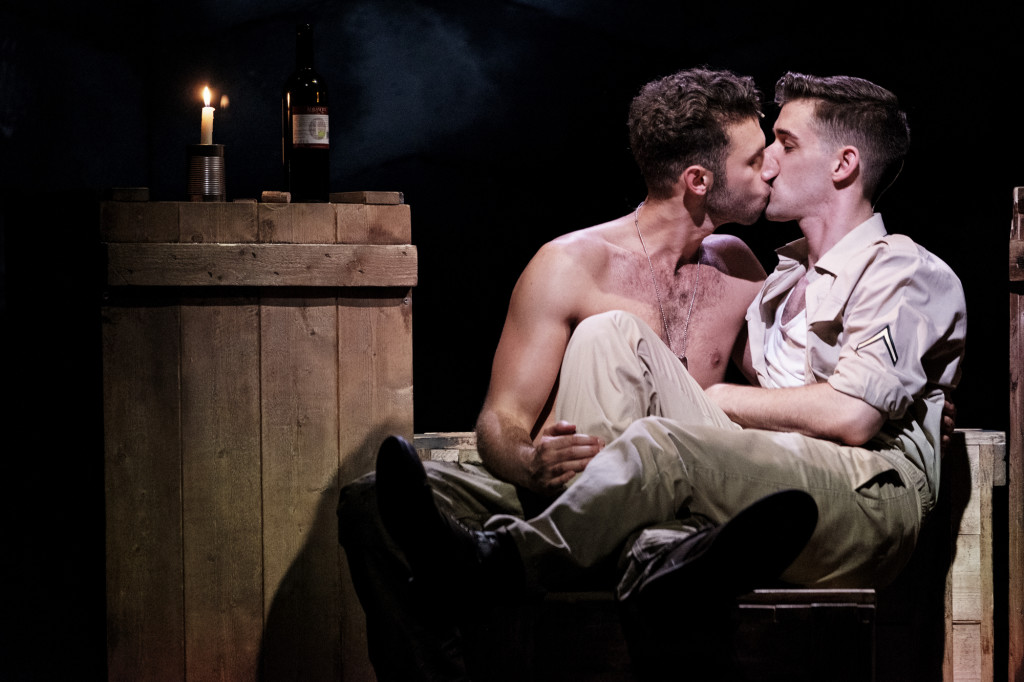 Stu’s struggles throughout the marines training, but Mitch always helps him out and gets the other squad members of his back when the bullying escalates. This relationship escalates and both of them fall in love. After passing training and becoming a private in the Marines, Stu thinks he isn’t fit for a soldier on the front line. Him and Mitch aren’t talking after a romantic moment on the train that didn’t end well and Stu meets Artie (Chris Kiely) in a bar, a photographer who works for YANK! magazine and is looking for a new reporter. Upon reading his Journal he woos Stu into taking up a job as a reporter and leaving his squad in the Marines. Stu and Artie whisk around various parts of the world interviewing soldiers for stories to put in the magazine all whilst exploring their sexuality with numerous partners. 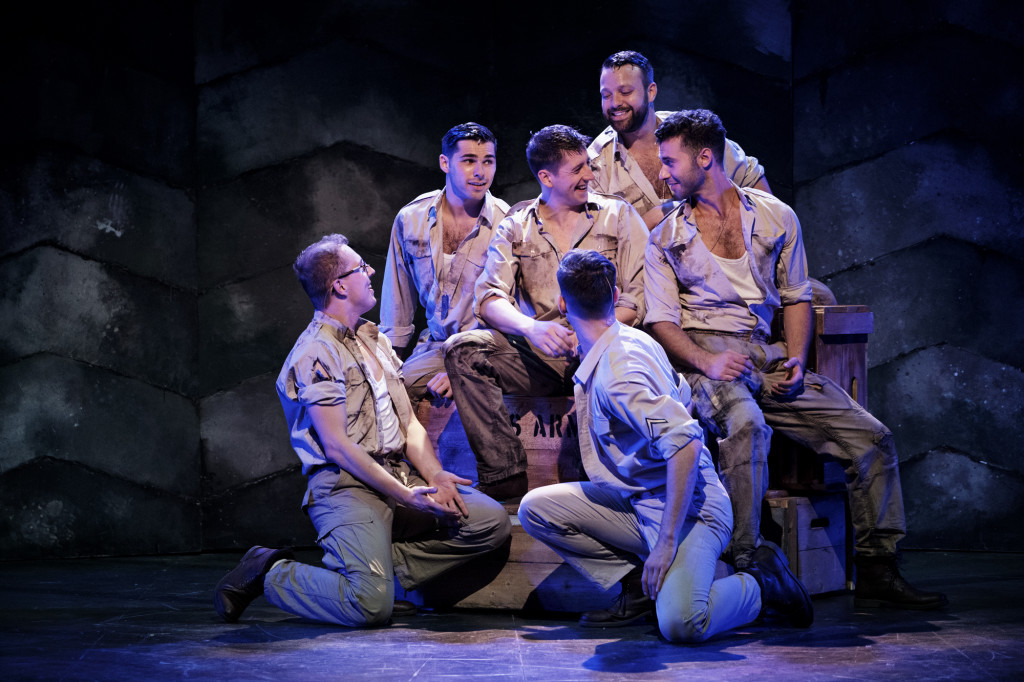 Ultimately Stu is still drawn to Mitch though and needs to see him in person in case he loses him forever. After hearing of a death in his old squad Stu convinces Artie to go to the frontline to meet up with his old team. Mitch has started drinking heavily to cope and the squad seem so different now. Mitch is angry at Stu for leaving him and ignores him for a significant time before giving into Stu and telling him how he feels. The relationship kicks off again and all is well and good until the Miltary Police find the journal and arrest Stu for homosexuality and want to question him on the initials used in his journal. All of this happens whilst Stu’s old squad (including Mitch) are fighting on the frontline of a battle where death is more probable than life. This scene is powerful and tense as the questioning continues and the panic escalates for Stu, knowing his friends and lover are fighting on the battlefront. Stu reveals the identity of an initial accidently and is offered either 3 years in Military Prison, 5 years in a public prison or to go and fight on the front. Stu chooses the front so he has a chance to possibly find his old squad and Mitch, knowing full well death is probably a certainty. I will leave the rest for you to find out when you attend, but the final scenes are tense and entertaining. 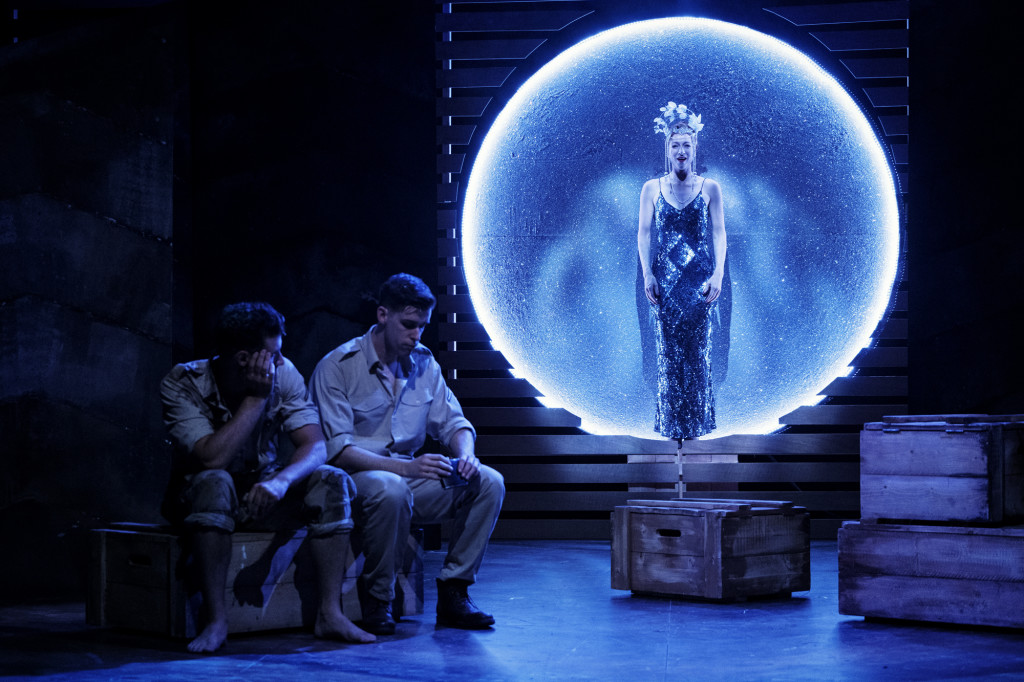 In all honesty, I am not one for musicals but I thoroughly enjoyed YANK! and would have to say the breakout into tap-dance was my favourite part of the musical. Artie, played by Chris Kiely, was fantastic and hilarious throughout the entire show and anytime he walked on stage you knew it would be and entertaining section of the musical. I would highly recommend YANK! to anyone looking for a musical with a great story and cast that will leave you entertained and heartbroken at times. Charing Cross Theatre will be showing YANK! until 19th August so get yourself a ticket and enjoy the show! 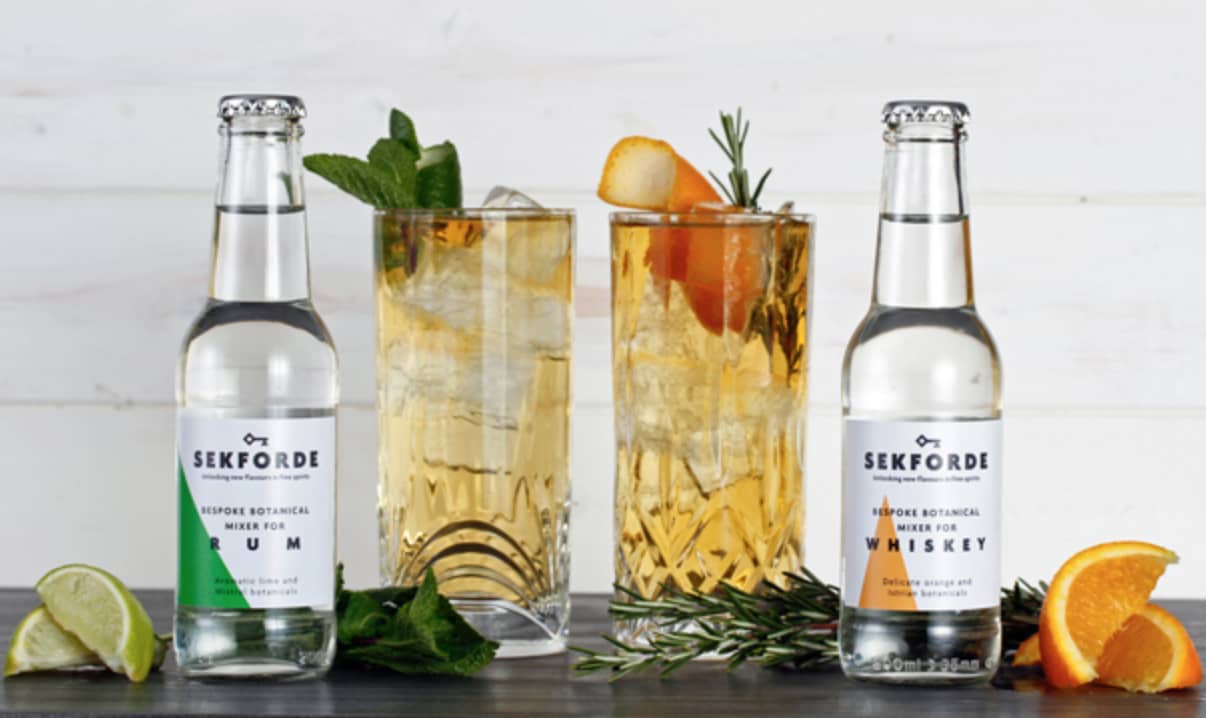 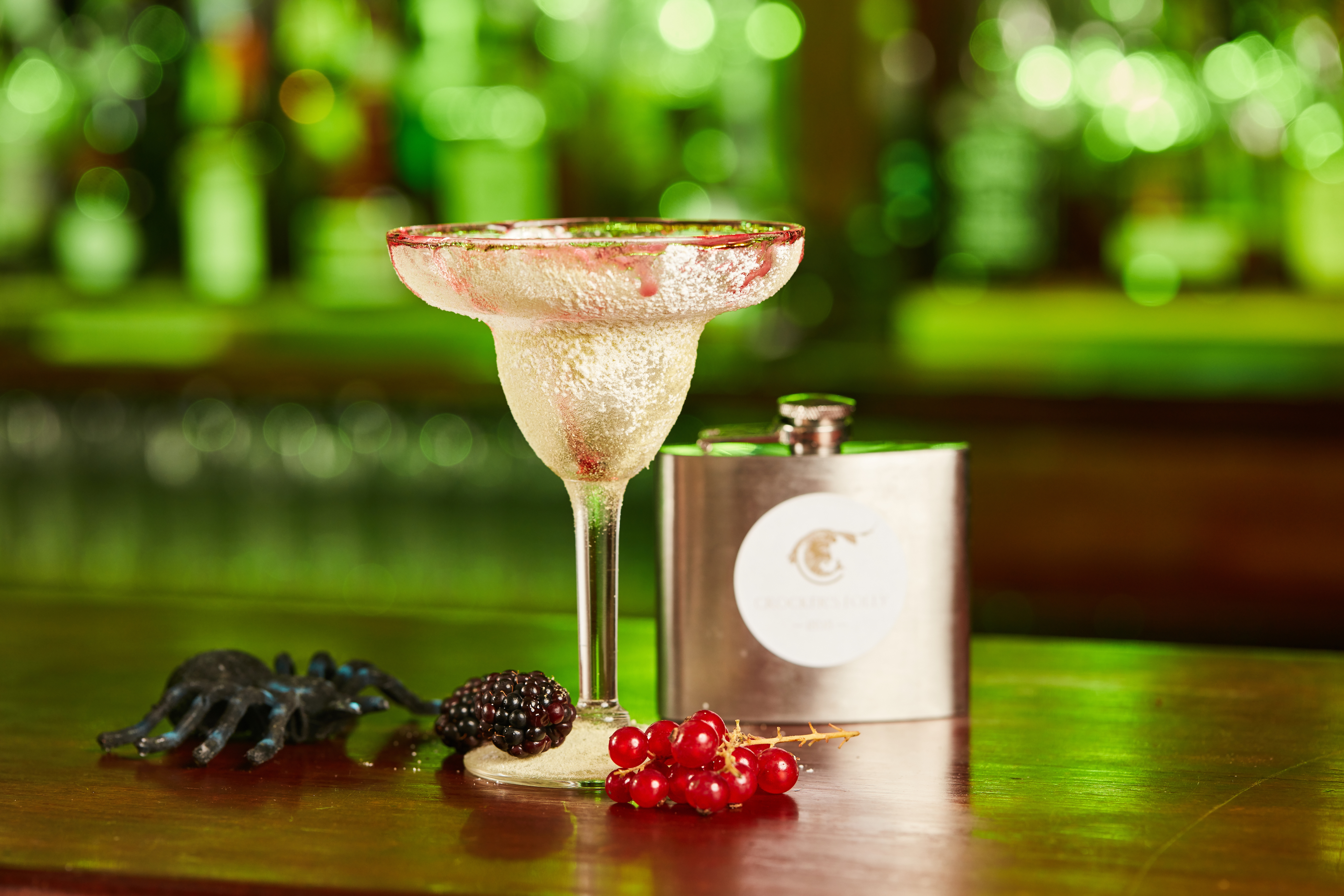