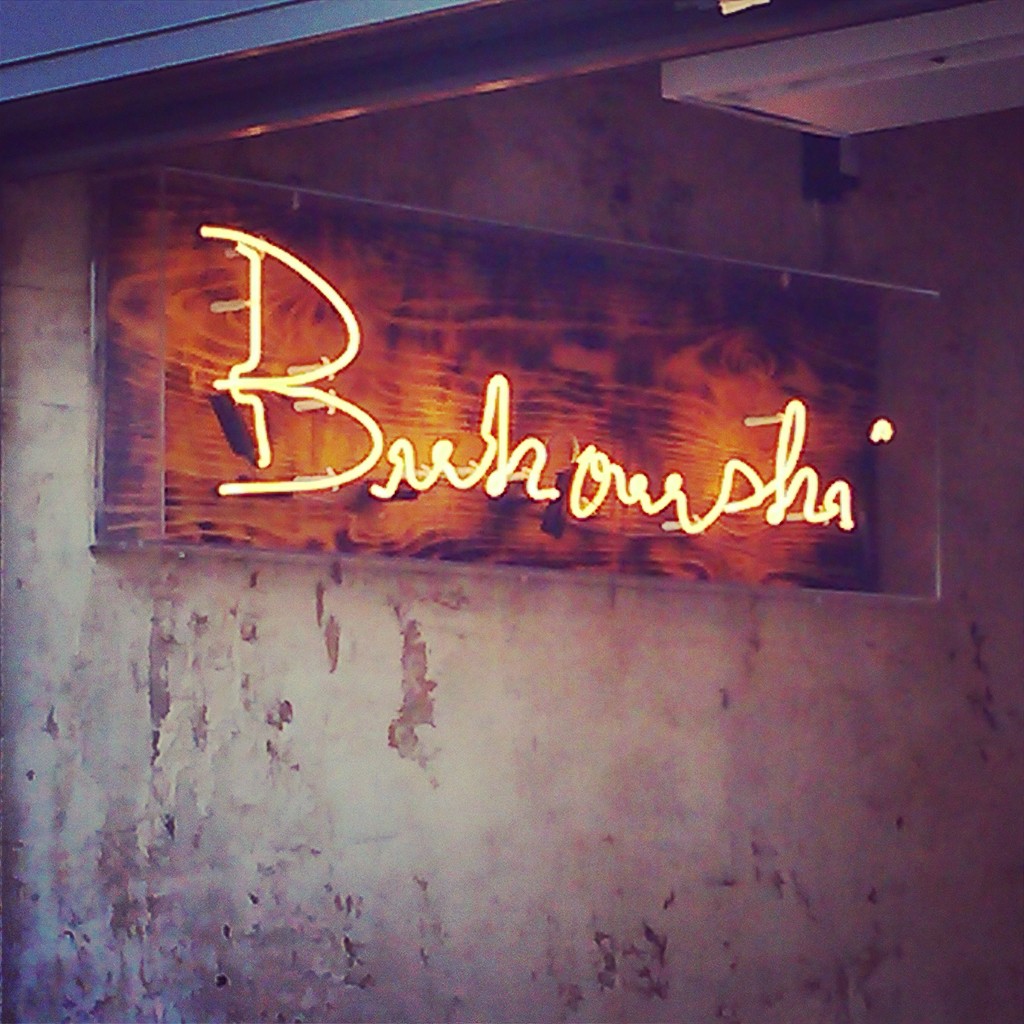 I needed a great finale dinner for the Papa Glencross summer stay at hotel de la Abi, so on a couple of peoples recommendation teamed with an insanely sunny day we decided to drop in to Bukowskis Charcoal Grill at the Box Park in Shoreditch.

I really love the Boxpark (@Boxpark) with its industrial feel. Plus the sun was still oozing warmth at 6pm, so we sat out on the decking in the sun. 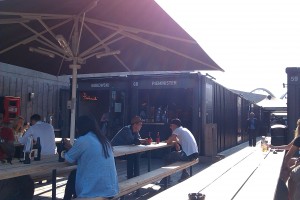 I had heard rumours of the insane pulled pork from the Brixton branch. So chose the pulled pork shoulder with apple sauce, pickles and spicy slaw. Dad pushed the boat well out with a cheeseburger. We both had an order of chips and a beer to top it off.

The waitress gave dad a whole pint instead of a half (he wasn’t complaining) but she was so helpful with our annoying request for every condiment under the sun, I think she had to visit our tables like 3 times! SO we got our food pretty quickly, and matched the Boxpark style. It was served on trays with a sort of tracing paper on top and we had a nice set of wooden cutlery to chomp on it with. 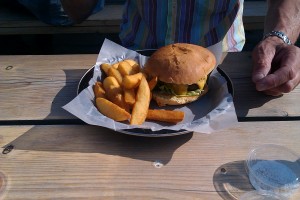 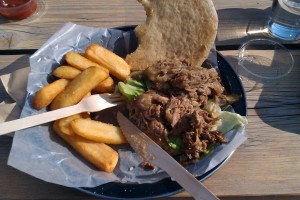 My pork was tasty, the apple slaw had a little kick to it which went down well. But the brioche bun was so so dry, it was only due to hunger (showing Papa G the sights all day!) and the quite interesting tangy ketchup that it ended up in my tum. Plus my pickes were rather tough, which makes eating with a wooden fork a tad difficult. Dads burger was a good meaty burger (he actually said ‘better than Burger King’) but not a speck on the joint I took him last time (@MEATLiquor). However we both agreed the 3x cooked chips were awesome, I like them chunky beasties.

And err the tracing paper sort of disintegrated, so I ended up with a pulled pork and paper bap.

Nosh: A bit of a letdown from the Brixton residents hype, maybe better head south next time? Chip brought the score up! 6/10

Team Cohesion: Only saw one waitress (small venue) she was helpful but a bit rushed off her feet! 7/10

Vibe: This was the reason we headed to the Boxpark it was a evening to eat outside and it didn’t disappointing here. Everyone chilling in the sun, but definitely a city venue.  I think inside would have been a bit cramped (only like 4 booths). However the venue wasn’t specific to Bukowskis. Nevertheless a great way to spend an evening, close to some drinking establishments and public transport. 8/10

Ummm a bit of a disappointment I have to say, the setting was perfect for what we wanted but the food really didn’t float my boat. However I would like to know the ketchup recipe. Maybe I will have to try the Brixton branch, or maybe wel just sack it in and go to Honest Burger…..

Full menu can be found here. 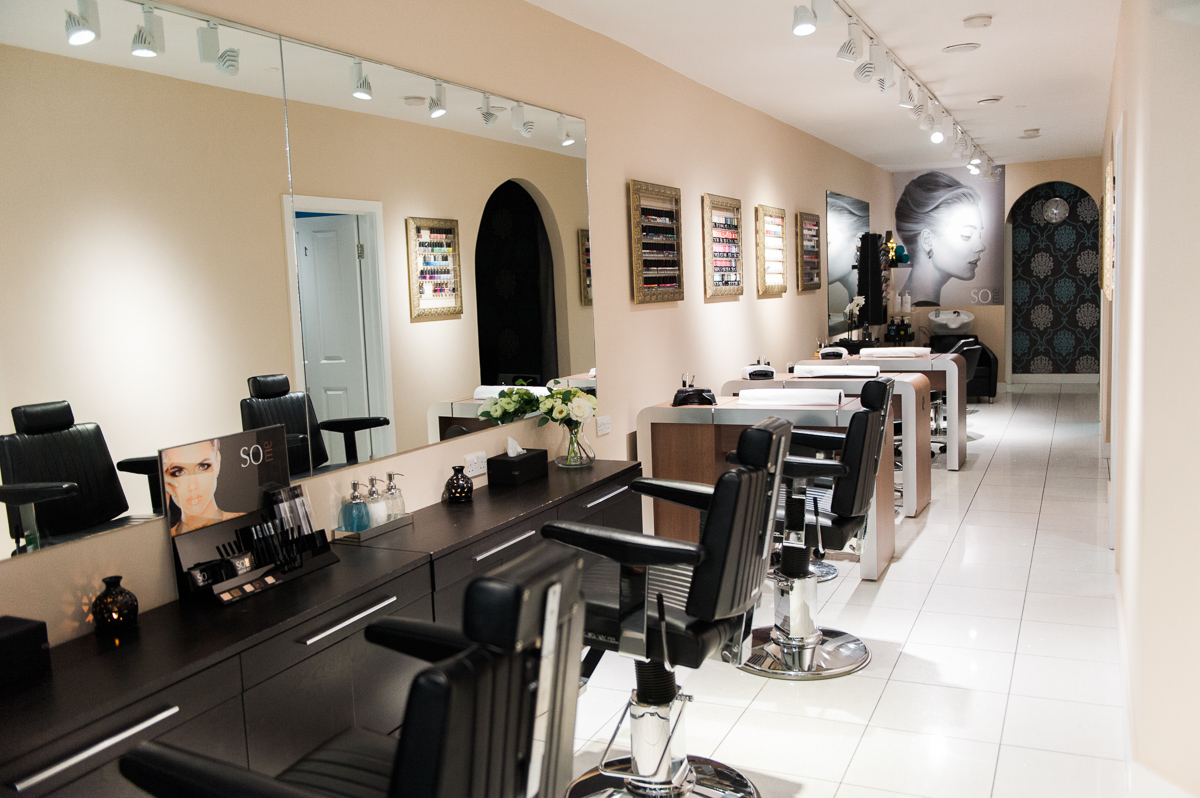 So Me Beauty Hair Salon Review 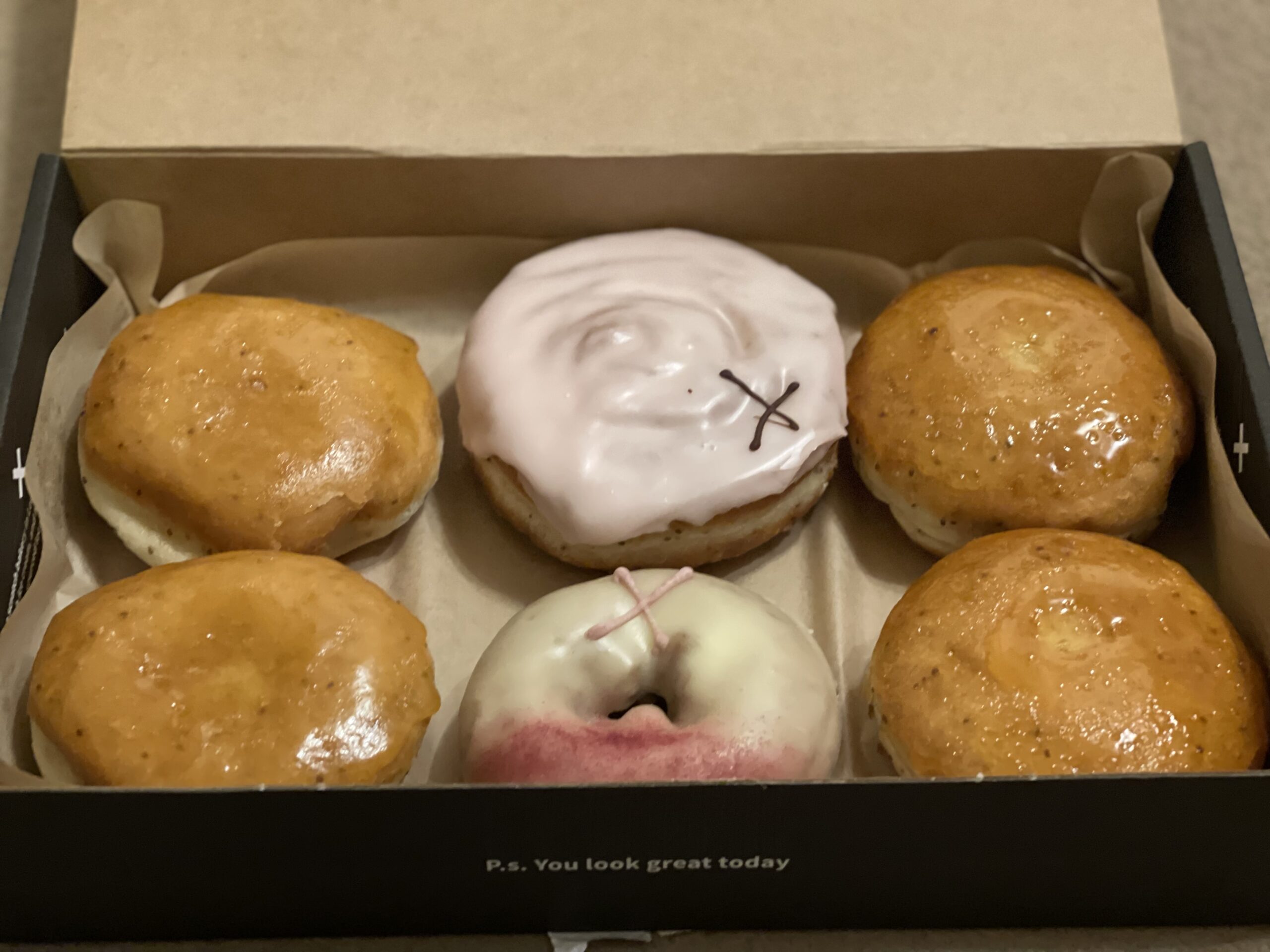 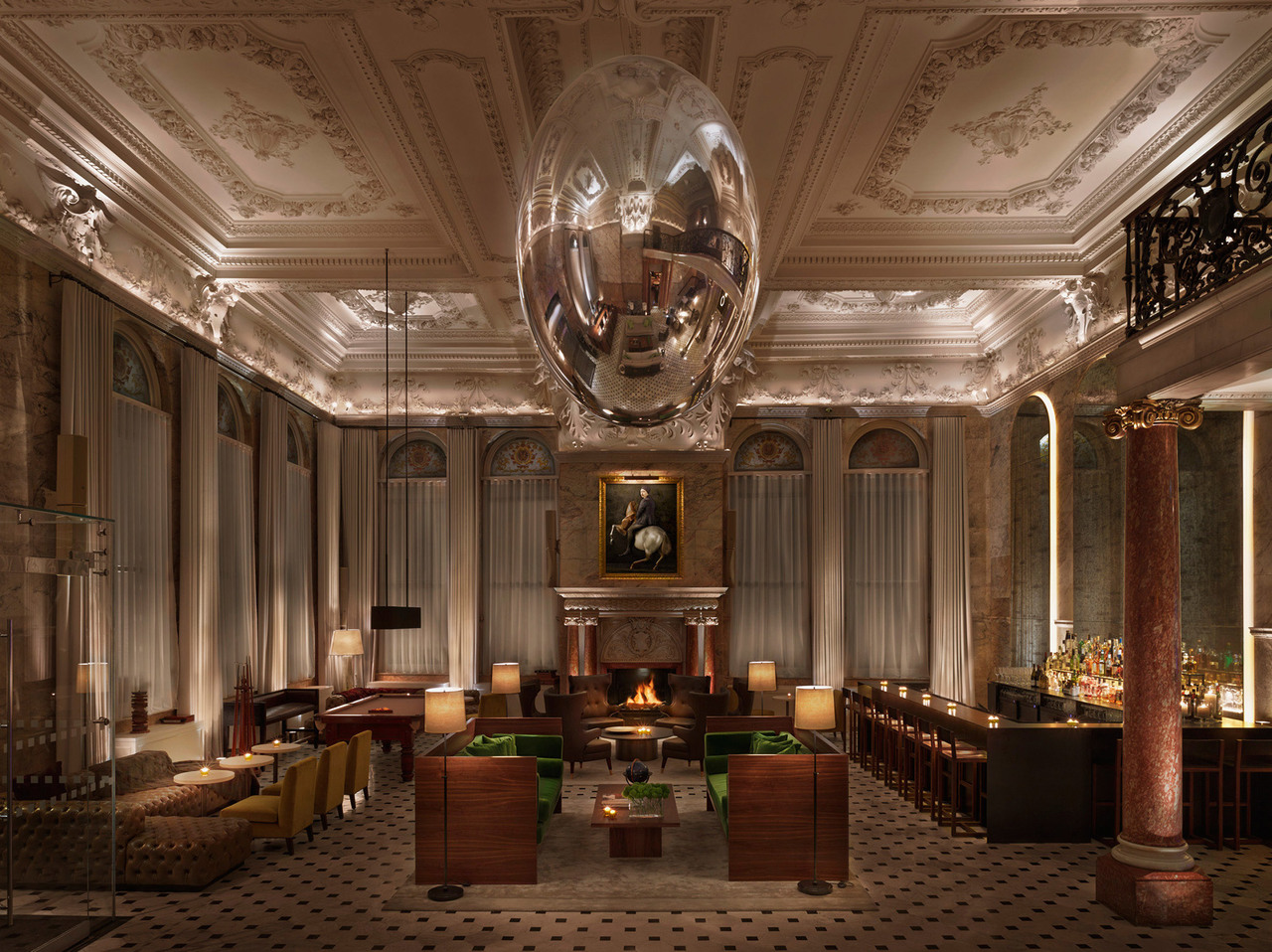