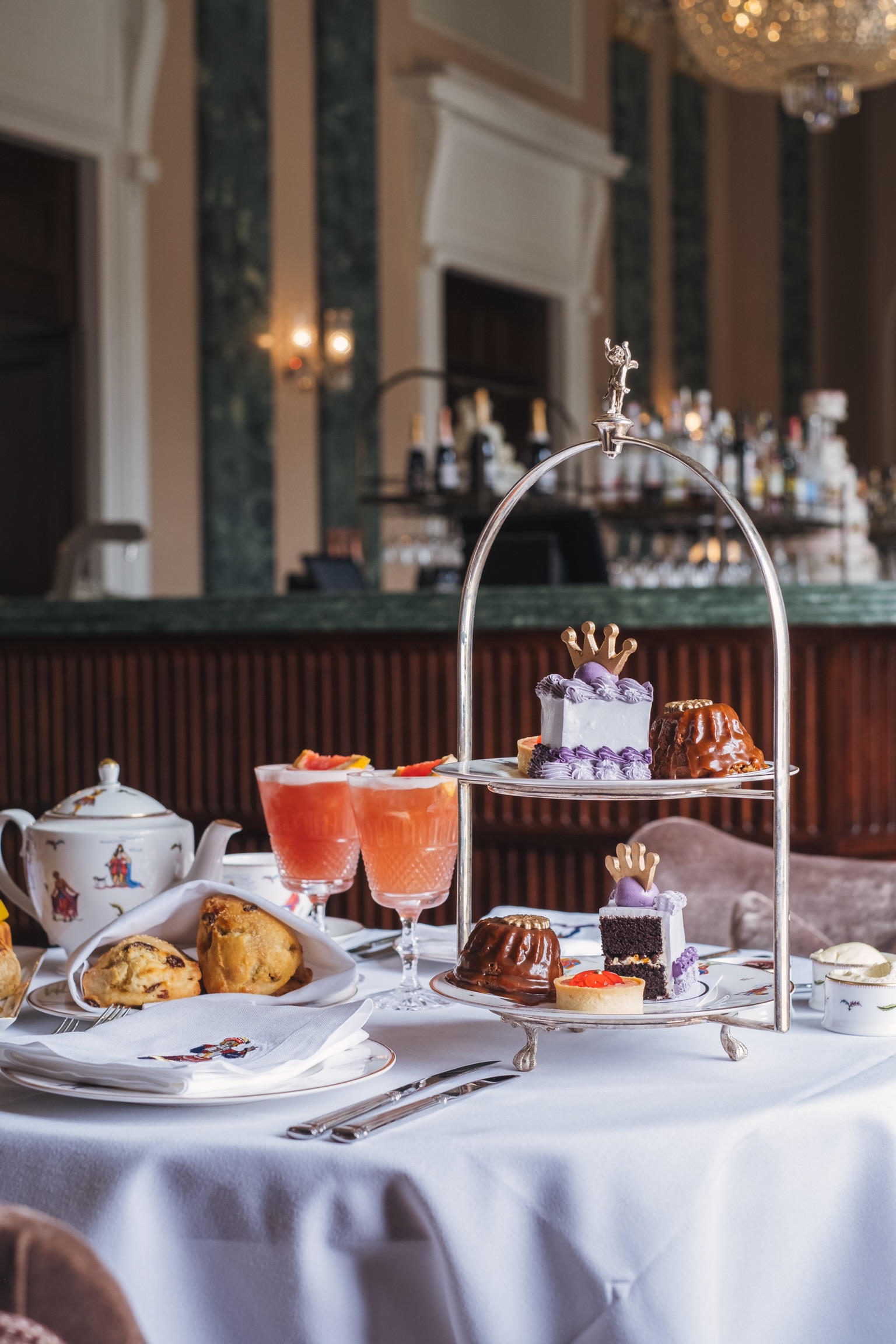 Wednesday 25 May sees Britain’s Royal Theatre, Theatre Royal Drury Lane – affectionately known as The Lane – launch their celebrations for Her Majesty The Queen’s Platinum Jubilee. In true regal style a consortium of exclusively curated experiences will take place including an after hours Royal Theatre Tour, reimagined Regency Afternoon Tea by Lily Vanilli, and a brand new cocktail created especially for the occasion; The Queen’s Punch. The punch will also be served as part of the tour, within the Afternoon Tea and in the Cecil Beaton Bar as a stand alone menu item.

Boasting centuries of royal credentials, The Lane is the only theatre in the world still operating under a genuine royal charter, it is also the only theatre in the world with two Royal Boxes and a theatre that has been famously visited by every reigning monarch since the Restoration in 1660. To commemorate the Jubilee a special behind the scenes Royal Theatre Tour has been devised to take guests on a journey through nearly four centuries of the British royal family’s love affair with Drury Lane: the patents, the proclamations and the scandal!

Running exclusively from 25 May to 19 June, the tours will begin at 9:45pm in the Cecil Beaton Bar where guests will be offered a serve of The Queen’s Punch. Consisting of some quintessentially British flavours – Dubonnet, gin and earl grey – the libation is topped up with ginger ale and served in a hand-cut crystal chalice with a slice of fresh grapefruit to garnish. This effervescent tipple will be sure to tantalise the taste buds before beginning the immersive and interactive tour – an ideal introduction to The Lane as its lavish past and present is revealed.

From here, guests will move through the many spaces of the recently restored theatre. From the regency Rotunda to the Prince’s Box, the King’s Gallery and the Royal Retiring Room, as well as the 1993 seat Auditorium and Secret Tunnels amongst many other otherwise out of bounds areas. Combining centuries of scandalous history, the actor-led tours will unveil a plethora of thought-provoking anecdotes highlighting the long and illustrious history relating to the English monarchy spanning assassinations, affairs, brawls and beauty.

Doors open for the Royal Theatre Tours at 9:15pm with the tour starting at 9:45pm. Tickets are priced at £25 per person including the Queen’s Punch cocktail with tours lasting approximately 1 hour. To book please visit https://thelane.co.uk/tours-and-experiences.

For a daytime activity fit for a queen, guests are invited to a reimagined Regency Afternoon Tea by London-based self-taught Baker Lily Vanilli. Proudly based in the Grand Saloon, the already wildly popular high tea offering will be adding some regal flair to the menu in honour of the Jubilee. The signature dessert of decadent dark chocolate sponge cake will be piped with lilac buttercream and topped with fondant crowns in the decorative style for which Lily is renowned.

Priced at £49 pp (or from £57 pp including a welcome glass of Taittinger champagne), the menu also includes a generous array of both savoury bites starting with madeleines with lapsang-souchong glazed salmon and pickled fennel, bitesize cannelés with whipped ricotta and pickled beetroot, and a signature Lily Vanilli puff pastry sausage roll made with Cornish sausage meat, roast bacon lardons and a cider vinegar deglaze. Warm scones will be brought to the table with salted whipped butter, cream and homemade jam. To book a Regency Afternoon Tea experience please click here.