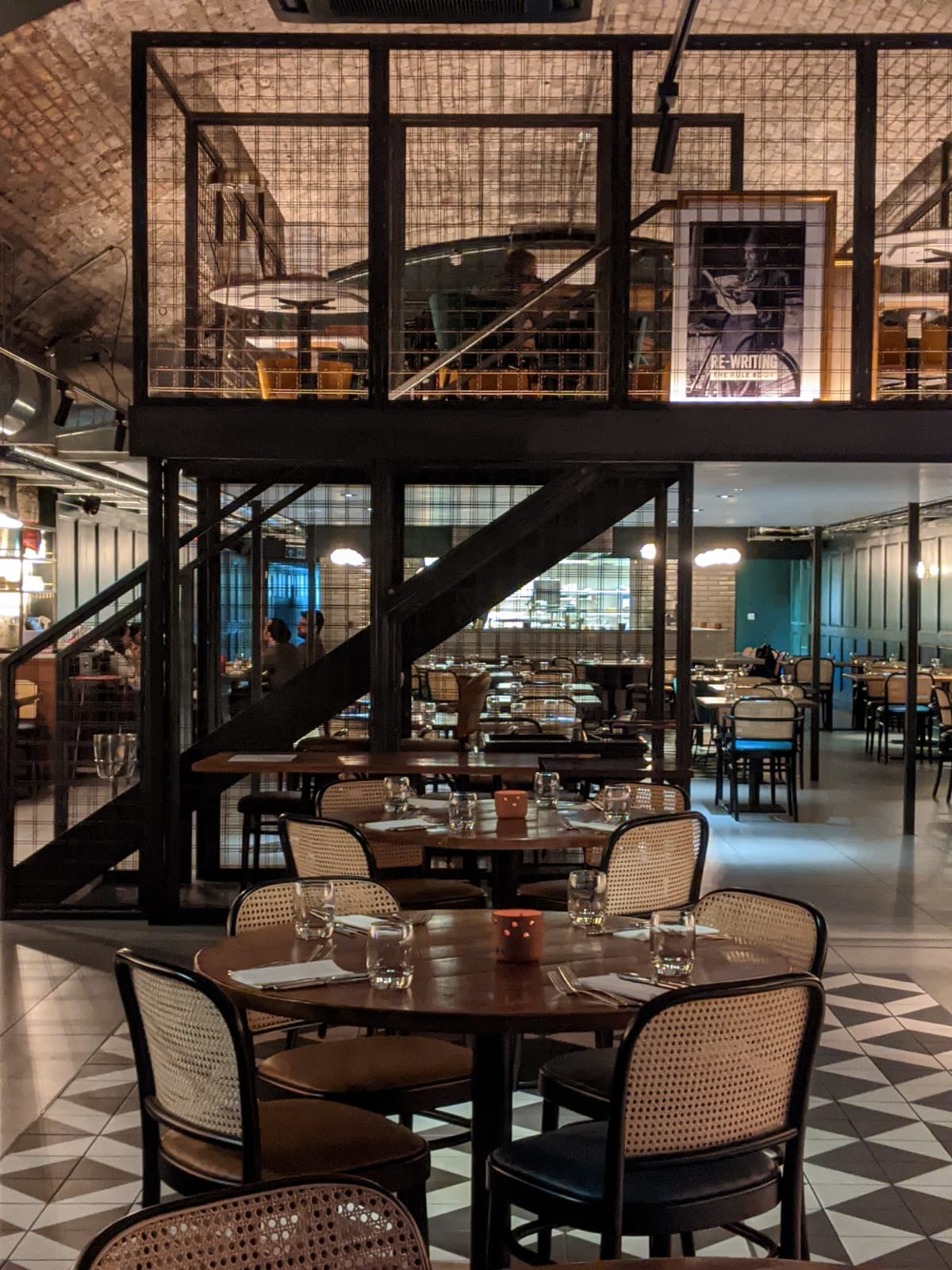 Nestled in the railway arches of Battersea, Cinnamon Kitchen helps bring life to the rejuvenation of the up-and-coming Battersea Power Station
With magnificent glass doors keeping the cool air at bay, the restaurant is a sight to behold. Exposed brickwork, merged with art-deco tiled flooring and illuminated mirrors littering the walls make this sleek Indian joint the true epiphany of a modern-day eatery. 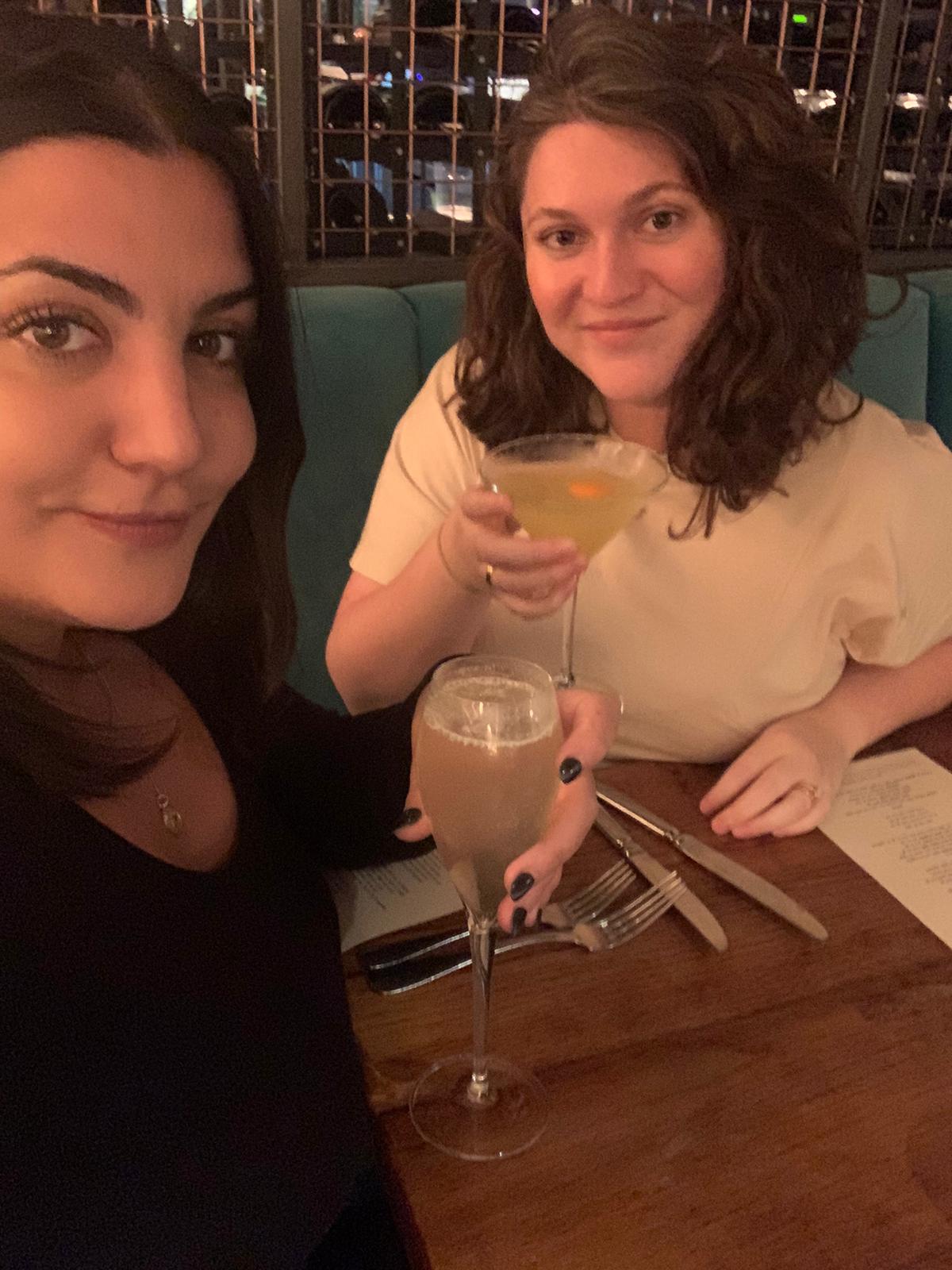 The staff are welcoming as they lead you past an impressive array of wines, piled high in wooden crates to a cosy, upholstered booth or rattan-covered chair.
The grossly large iron mezzanine hovering in the air is a little awkward, but it fits in with the urban, warehouse vibes – alongside the exposed vents and pipework that line the arched ceilings. 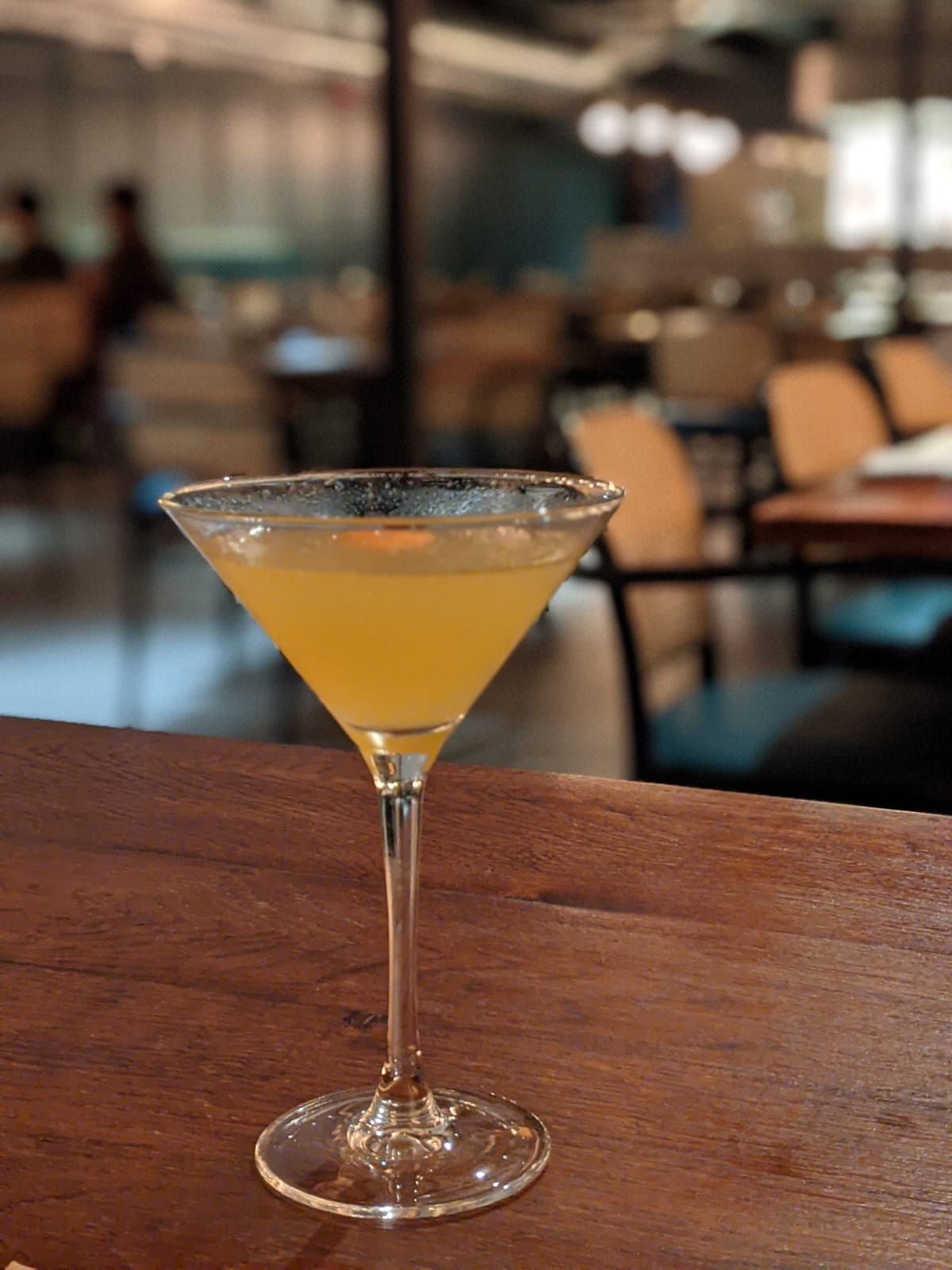 I start with a finely recommended house cocktail of a Mango Sour (mango, triple sec, rum and lime), while my friend had an equally tasty Coconut Kir (toasted coconut, coconut liqueur and vodka), which helped us settle into the hip surroundings and make us excited for modern, pan Indian cuisine. 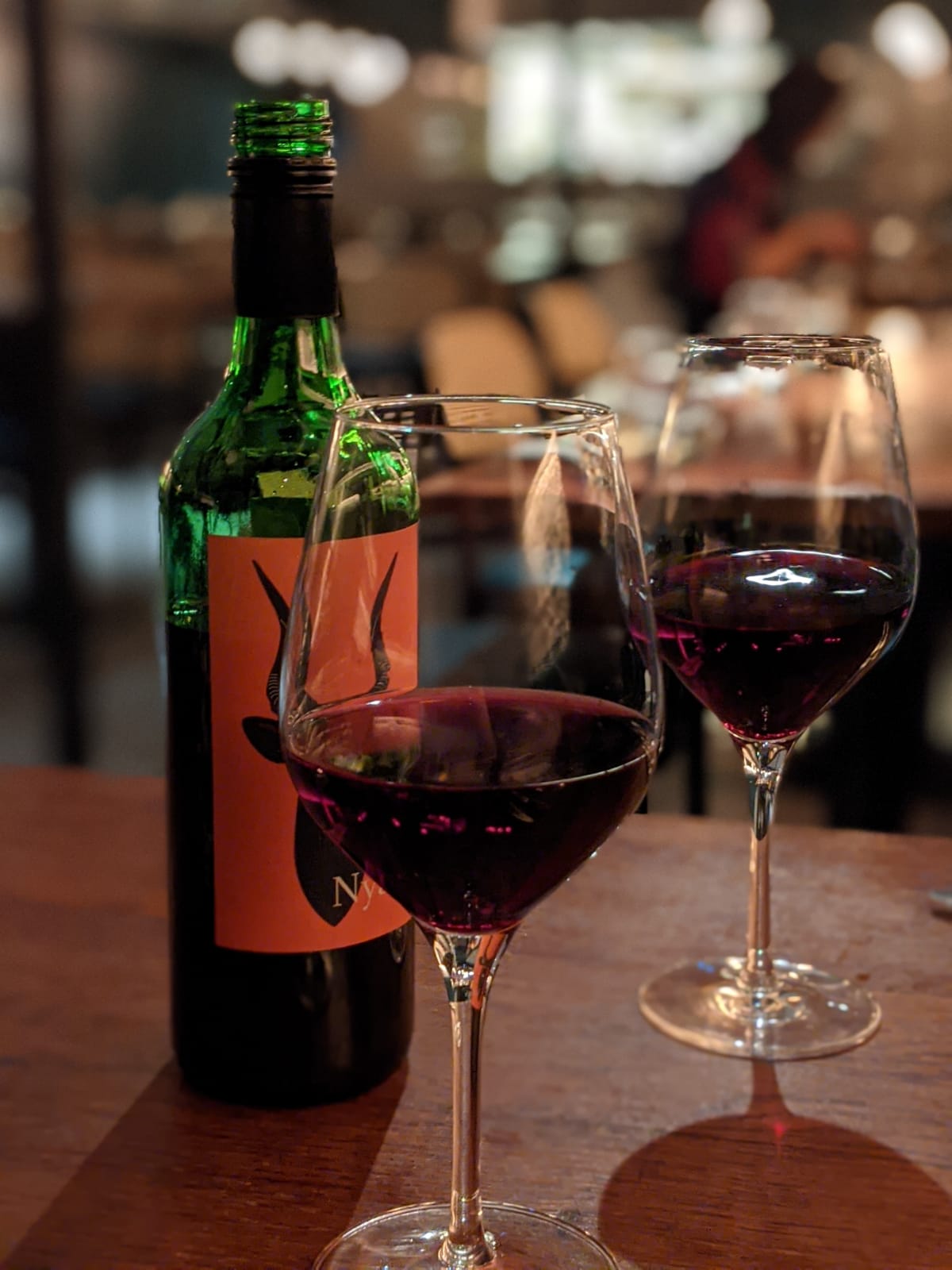 The menu we sampled from is available all week at a budget-friendly £33pp for three courses and a cocktail. There was a decent variety of vegetarian and vegan dishes to choose from – not just a plain old boring vegetable curry – so that earned top marks from me.
First up were the starters; as a vegetarian, I went for the astoundingly good Indo-chinese chilli paneer with garlic and soy, and my meat-eating friend tried the classic Lahori Chapli grilled lamb kebab with fresh tomato, onion and smoked paprika raita. 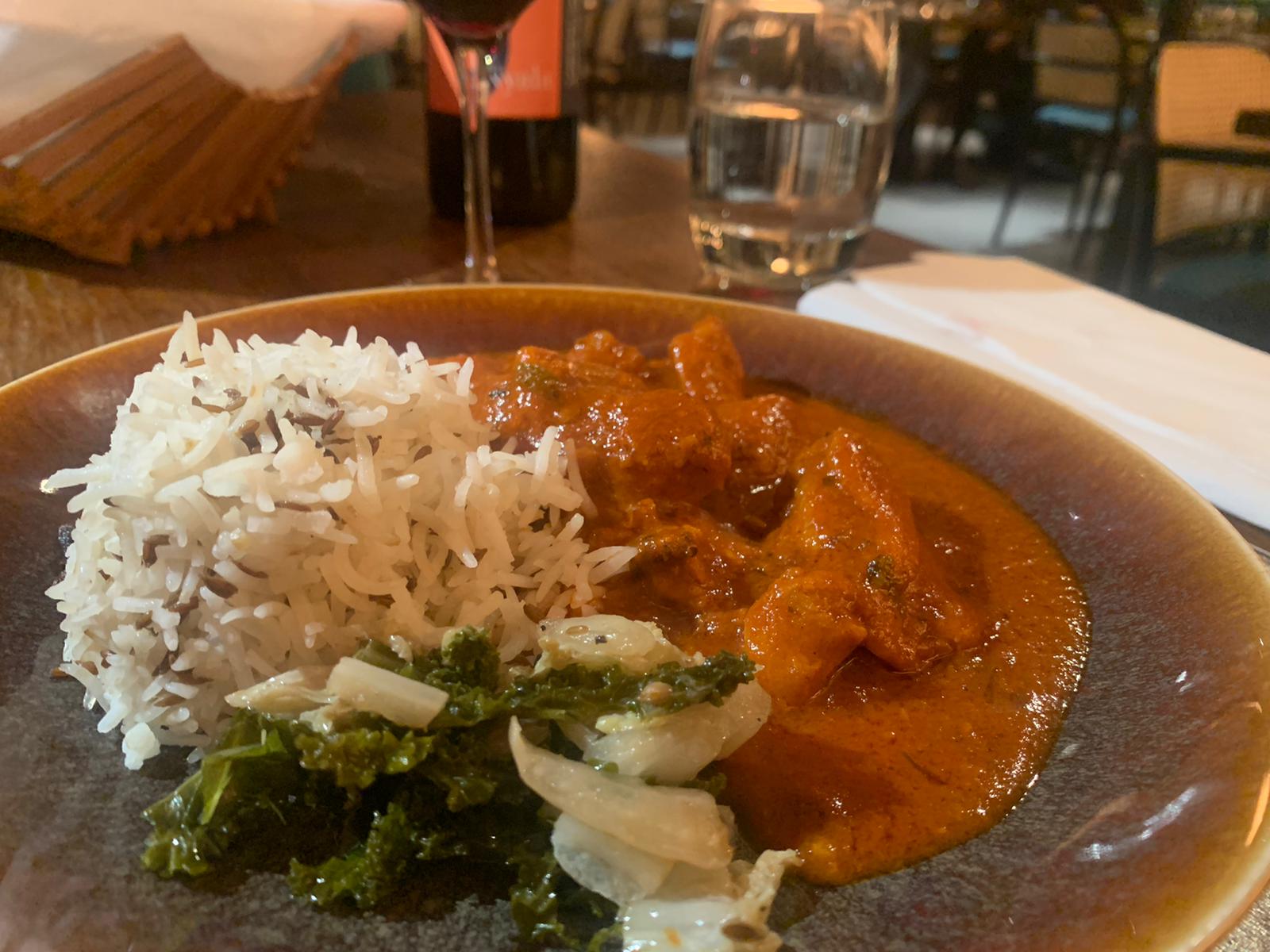 I was a little disappointed with the portion size at first, but honestly – over the course of the night –  it definitely was enough. My paneer was sumptuous, with just the right kick of spices and chilli, without it overpowering the creamy paneer. 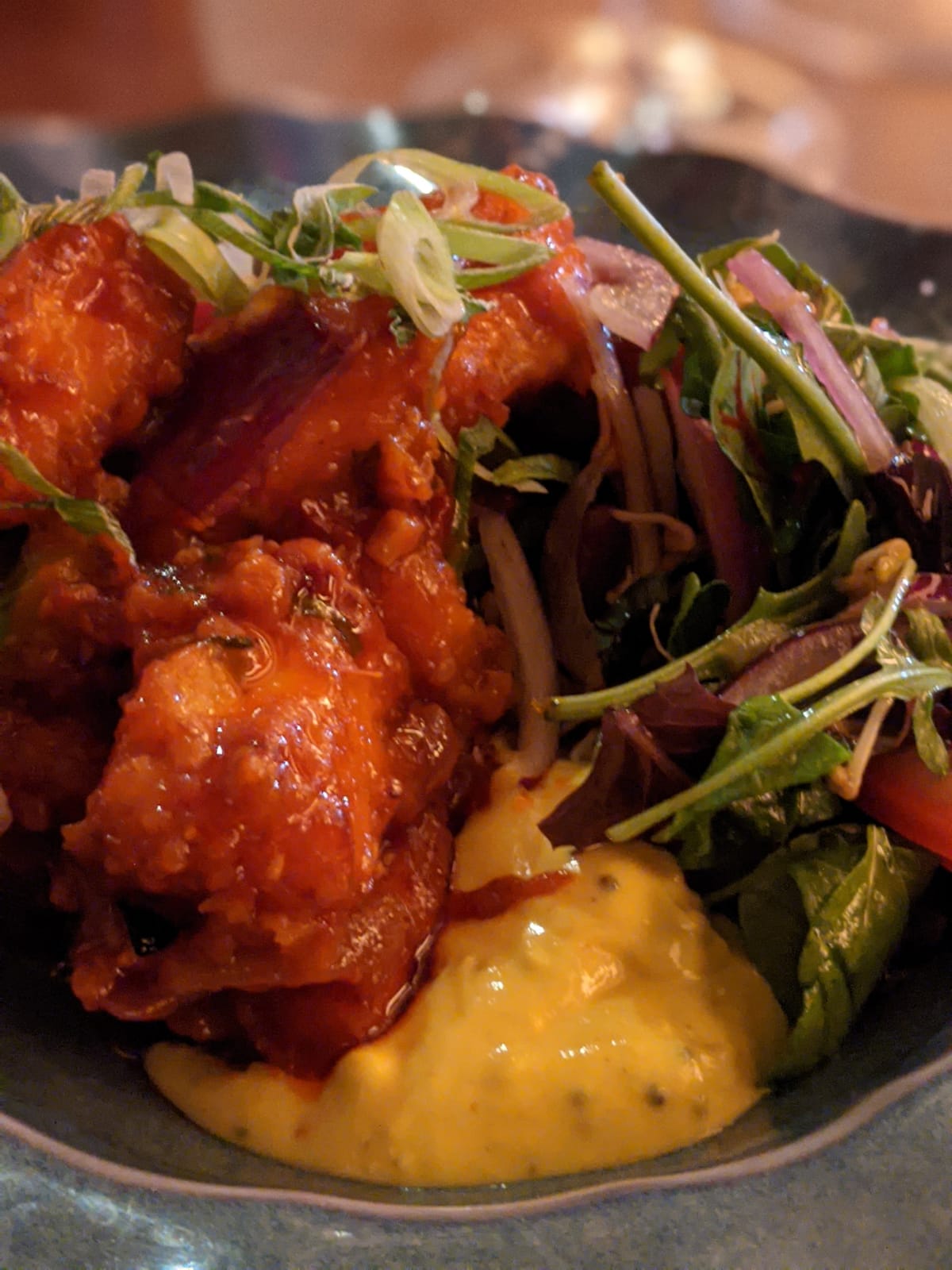 The side salad was fresh and the perfect accompaniment to the rich starter. So far, so good.
For mains, there were only two plant-based options to choose from – since one was another paneer dish, I opted for the vegan baby aubergines in sesame and tamarind sauce with pilau rice. Thankfully, I love aubergine, or otherwise it could have been a bit tricky. My friend went for the Old Delhi style butter chicken with pilau rice – another classic. 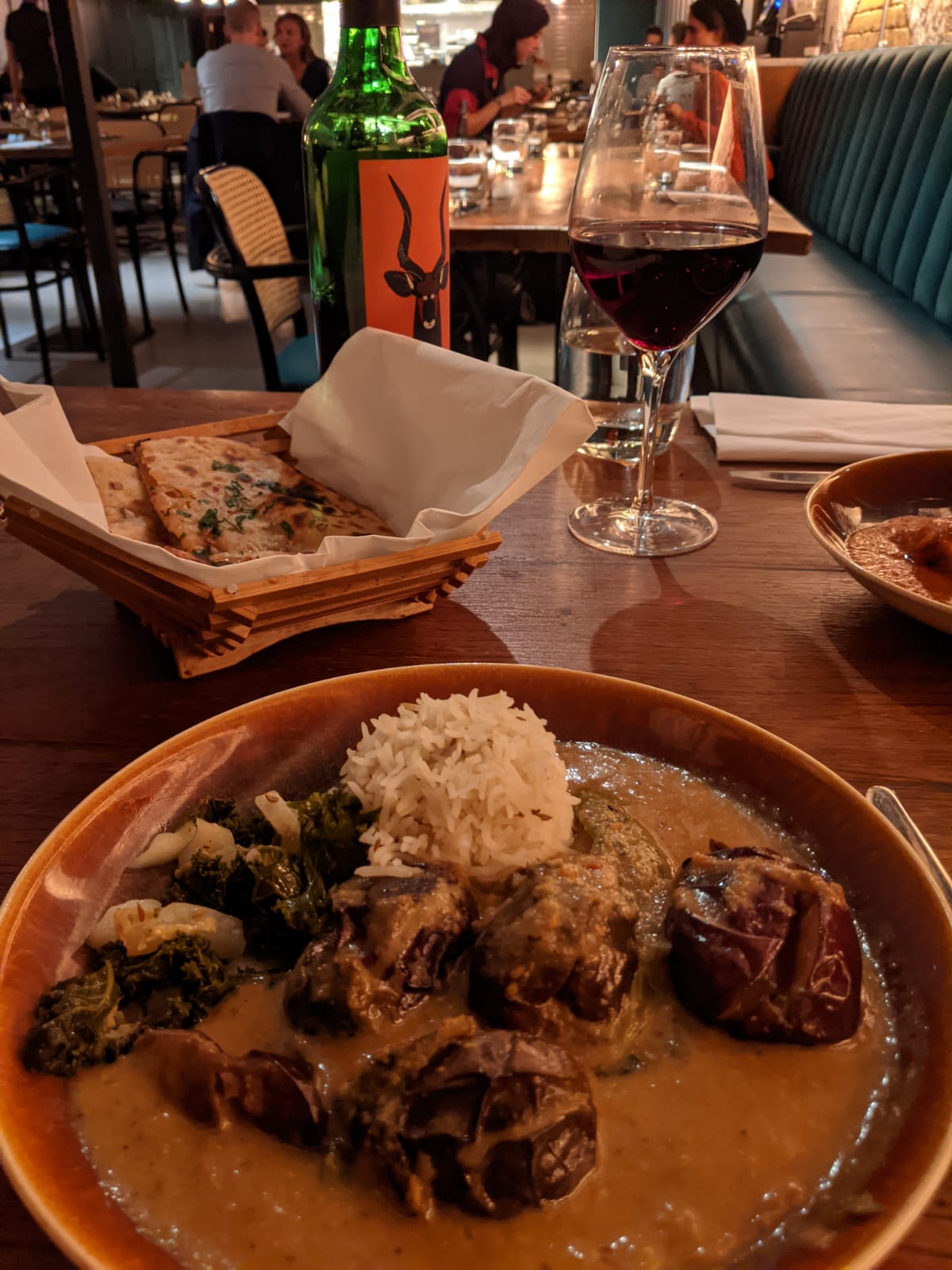 I will admit, my meal wasn’t the prettiest of dishes, but on the whole the baby aubergines were roasted perfectly with the right amount of moisture and tasted amazing paired with the sauce. I would have liked some more rice or spring onions and sesame seeds for the top, but the well-sized garlic and coriander naan we chose for a side was perfect to mop up my plate with.
One of the highlights of the meal was the house-style black lentils which were to-die-for. The side worked great with both meals and the naan. I regret not choosing to sample the curried chickpeas, but the taste-sensation really made up for my poor decision.
Before dessert, the manager recommended a beautiful bottle of red wine – an African Nyala Cabernet Sauvignon. It was a tasty easy-drinking wine, with hints of blackcurrant and cedar, to accompany the meal and I was really impressed by his choice. 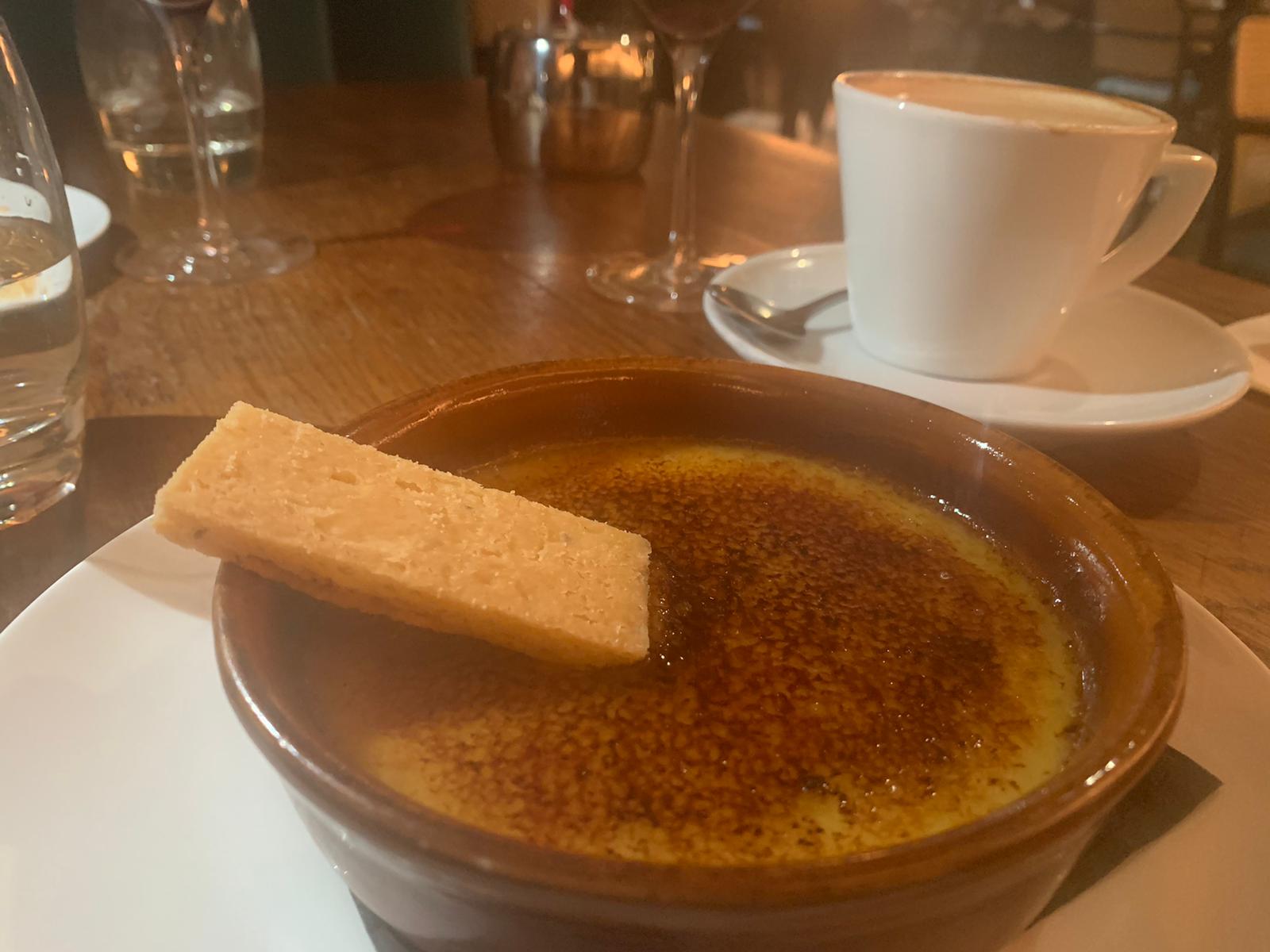 Last but not least, for dessert, I chose a ginger toffee pudding with a warming cinnamon ice cream, and my friend went for a white chocolate brulee with carom seed shortbread. 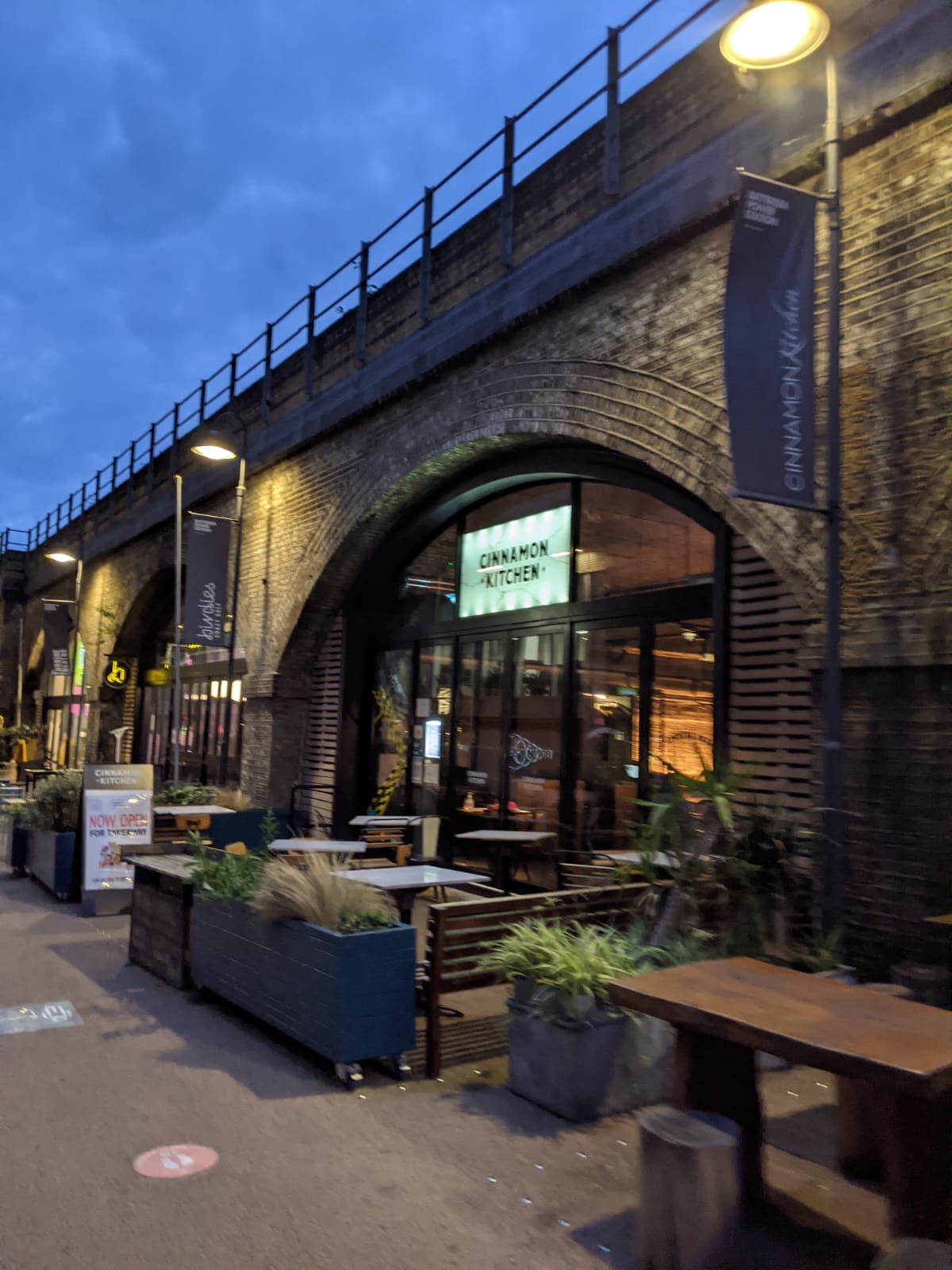 The blend of the Asian and British-style classic cooking was clear to see, and it really works.
From the seasonal cocktail, to the hearty, unique lentil house dishes, and the fantastic wine selection – Cinnamon Kitchen really did not fail to disappoint.
Address: 4 Arches Ln, Nine Elms, London SW11 8AB
Website: cinnamon-kitchen.com 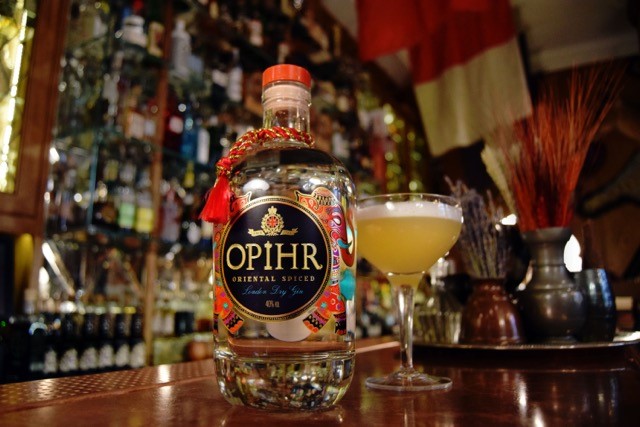 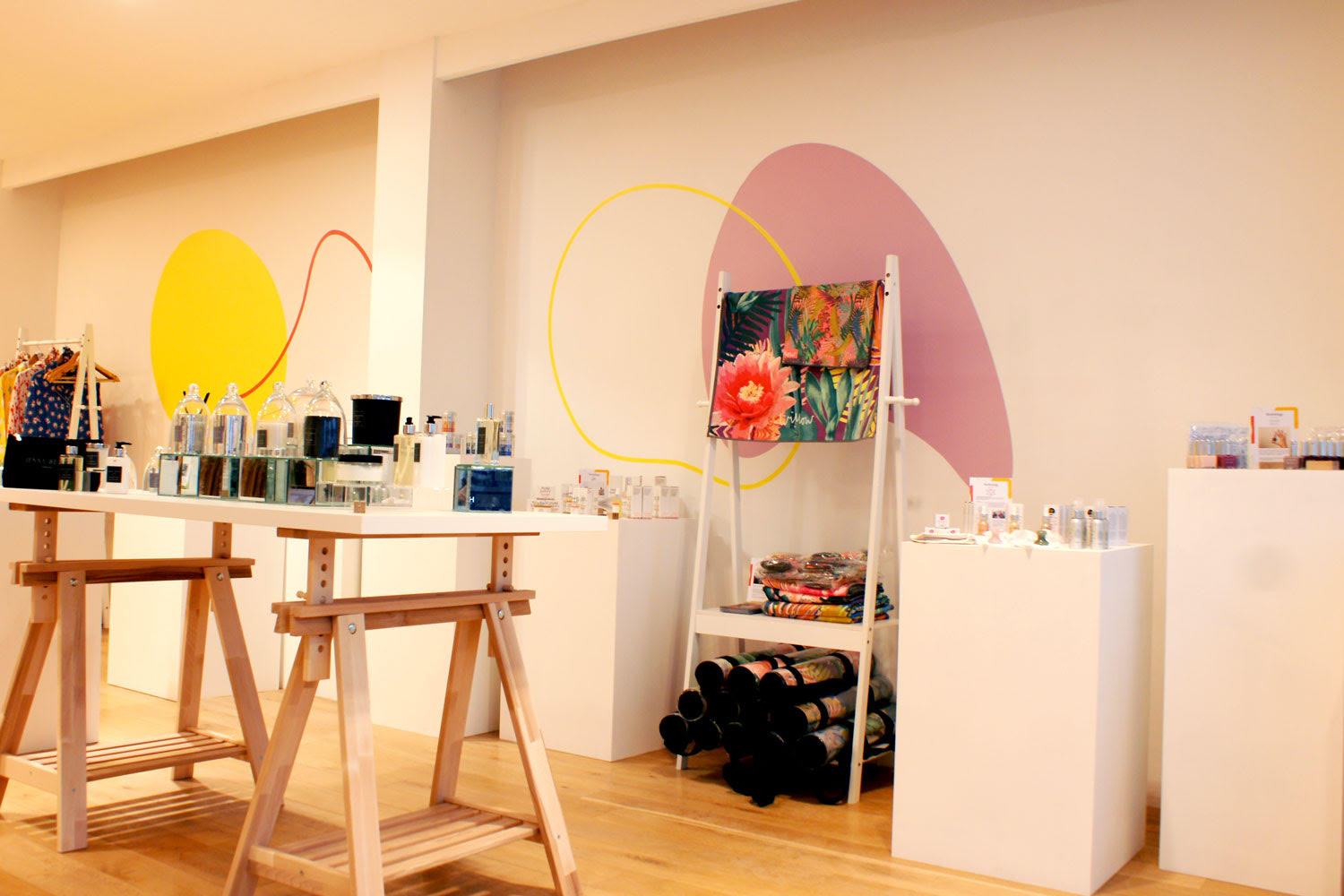 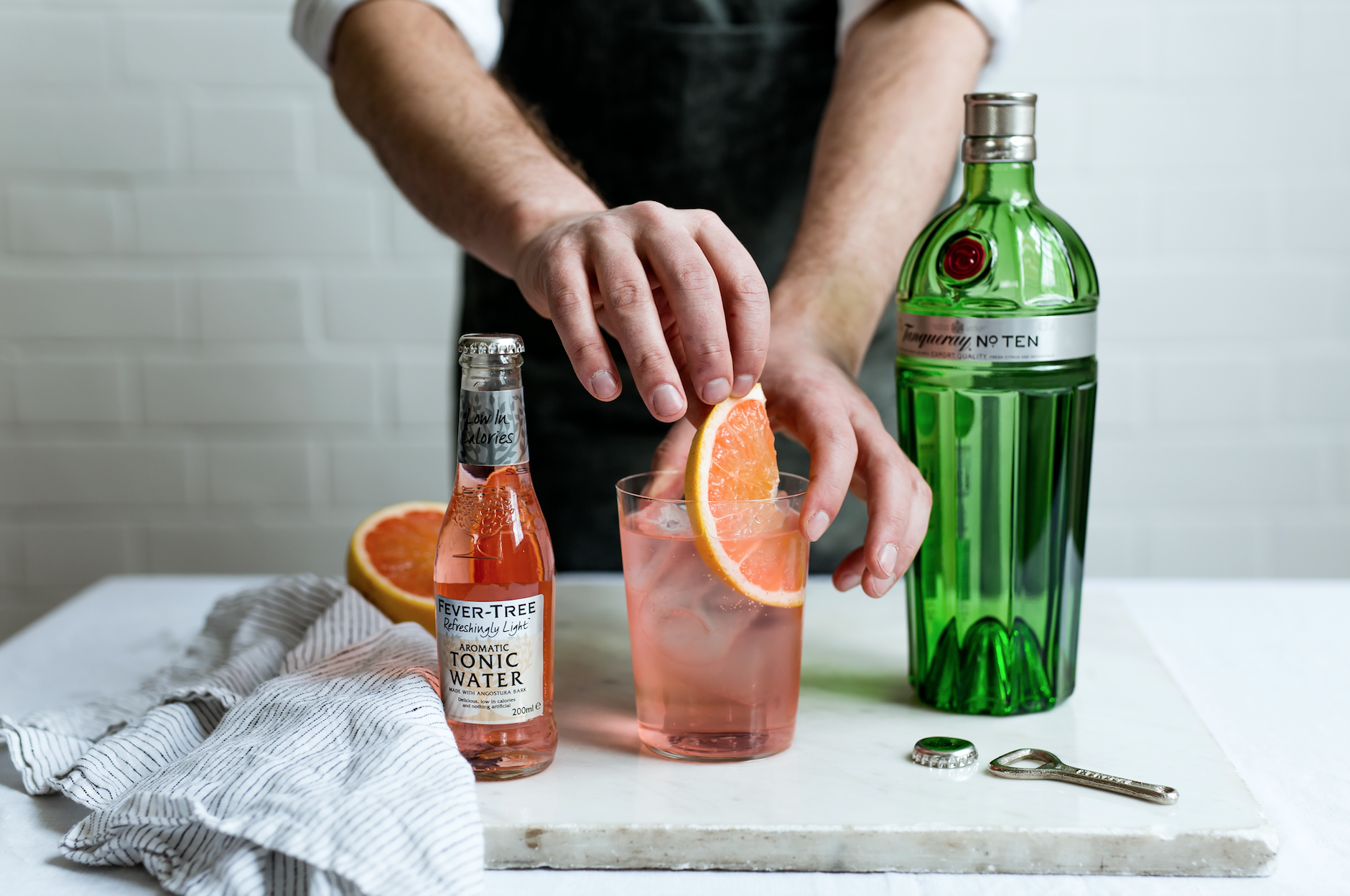