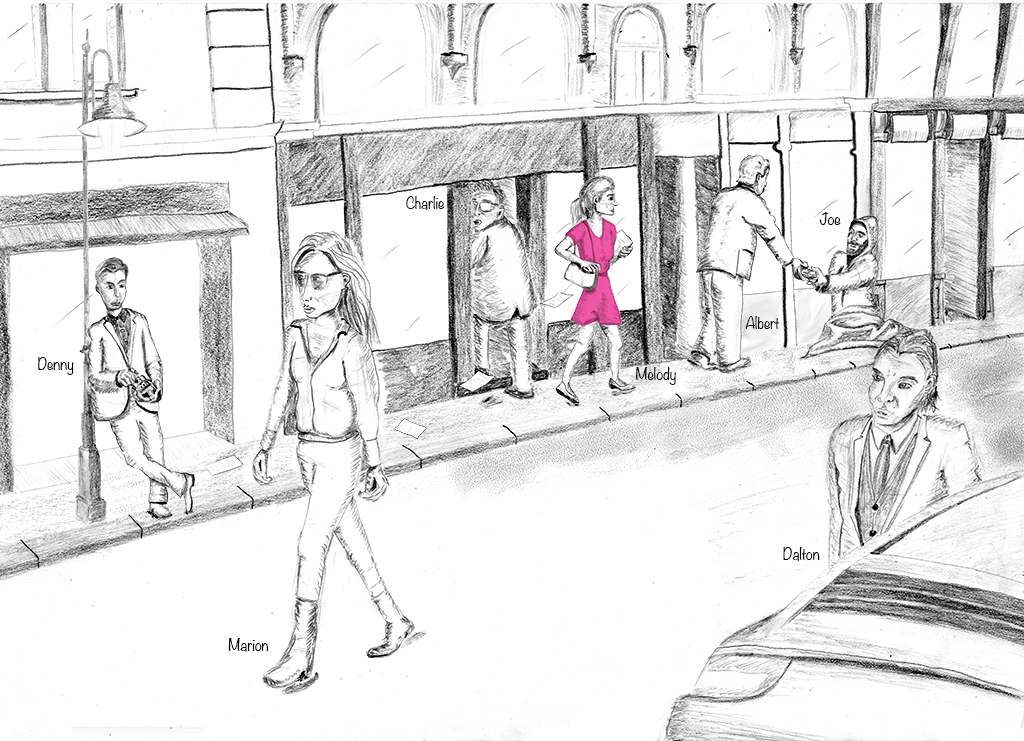 Last Friday Dalton was on six figures and everyone at his work thought he was a bastard. Today he was unemployed and everyone in London now thought he was a bastard. He knew he should never have given that tramp £20… although if he wasn’t such a bastard he wouldn’t have tried to take the £20 back. This action had resulted in his being filmed wrestling with the tramp to reclaim his charity and the video subsequently uploaded onto Youtube – receiving 500,000 views in a day.

People were outraged at such monstrous behaviour towards a vulnerable man. Fearing an attack by the angry mob Dalton had taken shelter in his flat for nearly a week. His rent was overdue and with no means of paying it he had been ignoring his landlords constant knocking on the flat door. When he was awoken from his stupor by yet more knocking he had finally had enough. He pulled himself out of bed and without knowing what he would say he yanked open the front door – coming face to face with none other than… the tramp, Joe.

“Good morning Sire, may I come in?” he said, then walked in without waiting for an answer.

Dalton stared after him open mouthed. Finally he said, “How did you find me?”

“Oh very easily. May I sit down?” Again he sat down without waiting for an answer.

“To present an opportunity to you.”

“An opp… what opportunity?”

“You have lost your job.”

“Thanks to you!” Dalton’s momentary astonishment was quickly turning into anger.

“Perhaps so. I am a bad man after all. A bastard if you will. But then again, nowadays, my sole goal in life is to punish bastards. With you I didn’t even need to do anything, you did it all by yourself…

“Get to the point. You’re stinking out my flat.”

“My point is simple – you’ve now been punished. You’ve lost your job. That was my goal and I succeeded. You’re hated by everyone with a computer or a phone. That’s pretty much everybody in London, and elsewhere. Even a tramp like me can get his hands on a phone so…”

“Tell me why I shouldn’t punch you in the nose right now?”

“Karma. But to answer your question, the reason I am here is because, as I mentioned, I have an opportunity I would like to present to you. You will need to calm down first though. I know how hard that can be to control ones’ temper. I have a temper myself. I’m glad you didn’t punch me in the nose as that really gets my goat.”

Dalton wasn’t sure if he was now feeling scared or interested. But the tramp was right, he was no longer angry. “What is this opportunity?” he asked finally.

“Good Sire. Now you are seeing sense. Well, I am after a man who is even more of a bastard than you. Perhaps even me. Anyway, he has something I want. But it is difficult to get.”

“It will very soon be protected by powerful people. I need your help to get it. I will pay you £2,000 now. And if the plan works I will ensure you get another job paying just as much as you used to have. If that’s what you want… Plus I will remove the video from Youtube.”

“I will need you to be my distraction.”

Denny Rogers drank a pint in The Freemason Arms and stared at the sandstone Freemasons Halls across the road. He looked like he hadn’t slept in a few days. He got the text he was waiting for and walked straight across the road.

On entering he was greeted by the doorman and silently taken down two levels into the dungeons. Denny soon felt very cold. They stopped outside a cave-like room and the doorman turned on the light. Standing in the room was Denny’s contact – Bainbridge… fat, greasy and old.

“Do you have it?” Bainbridge asked immediately. By it, he meant The Malbery Pocket Watch, and Denny didn’t have the watch as recently as last night, when septuagenarian simpleton Albert pocketed it. Fortunately for Denny, Albert pottered past him as he walked to the fish restaurant and Denny noticed the pocket watch around his neck and with typical guile and skill he pickpocketed his own pocket watch out of Albert’s pocket.

Forgetting his fortune, Denny sensed the large doorman step closer behind him and suddenly worried he had made a mistake in coming here. But it was too late now…  Denny removed the Malbery Golden watch from his pocket… he saw Bainbridge’s piggy eyes crinkle in glee. 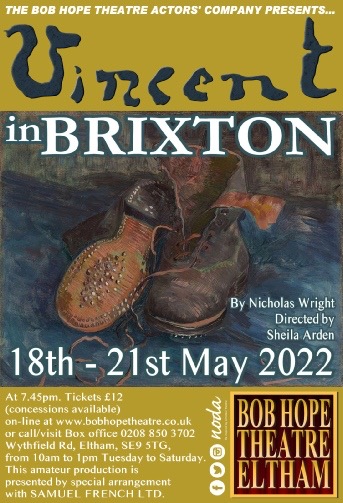 Vincent In Brixton At The Bob Hope Theatre 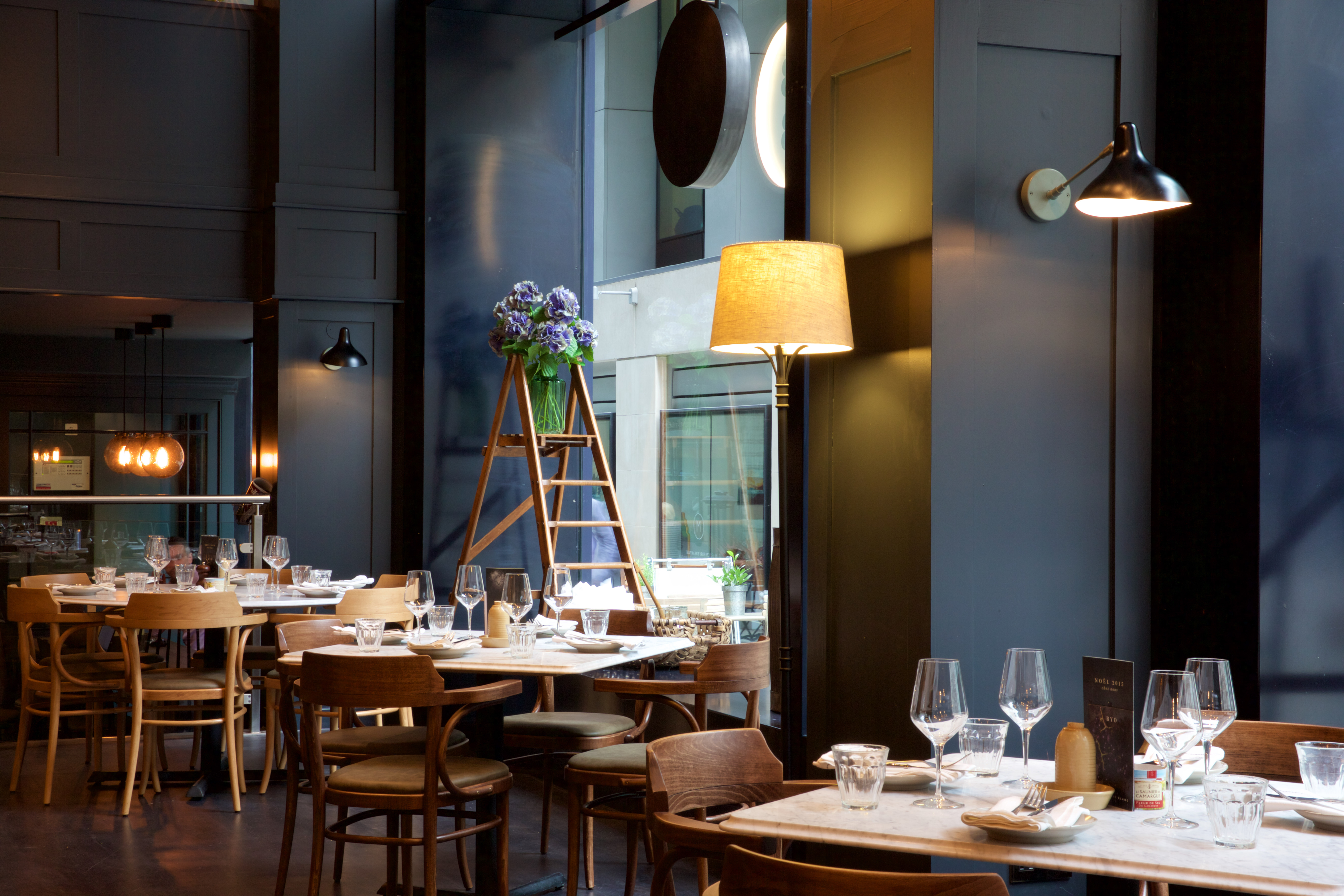