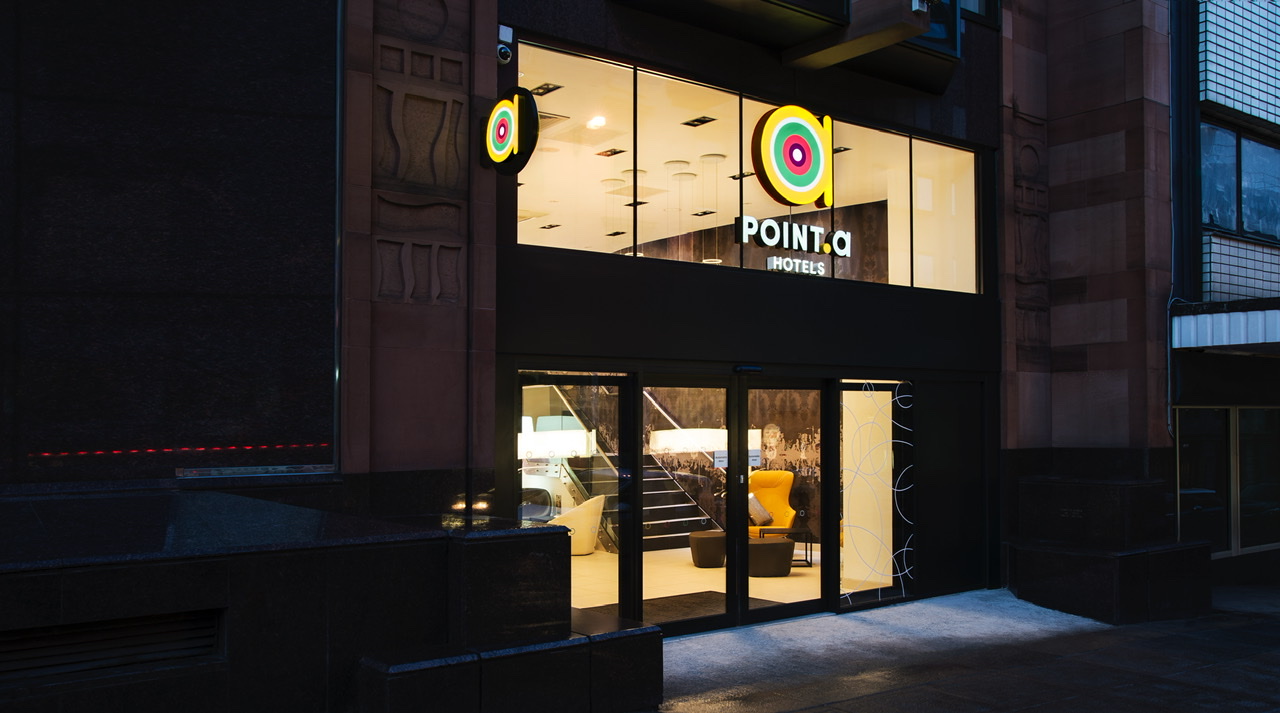 Earlier this year, a Swede and a Spaniard, both in their early 30s, caught a train to Glasgow.

It might sound like the beginning of a bad joke but far from it, this was a mission to explore a city rumoured to be one of the friendliest in the world. And to drink a healthy dose of whiskey, of course. 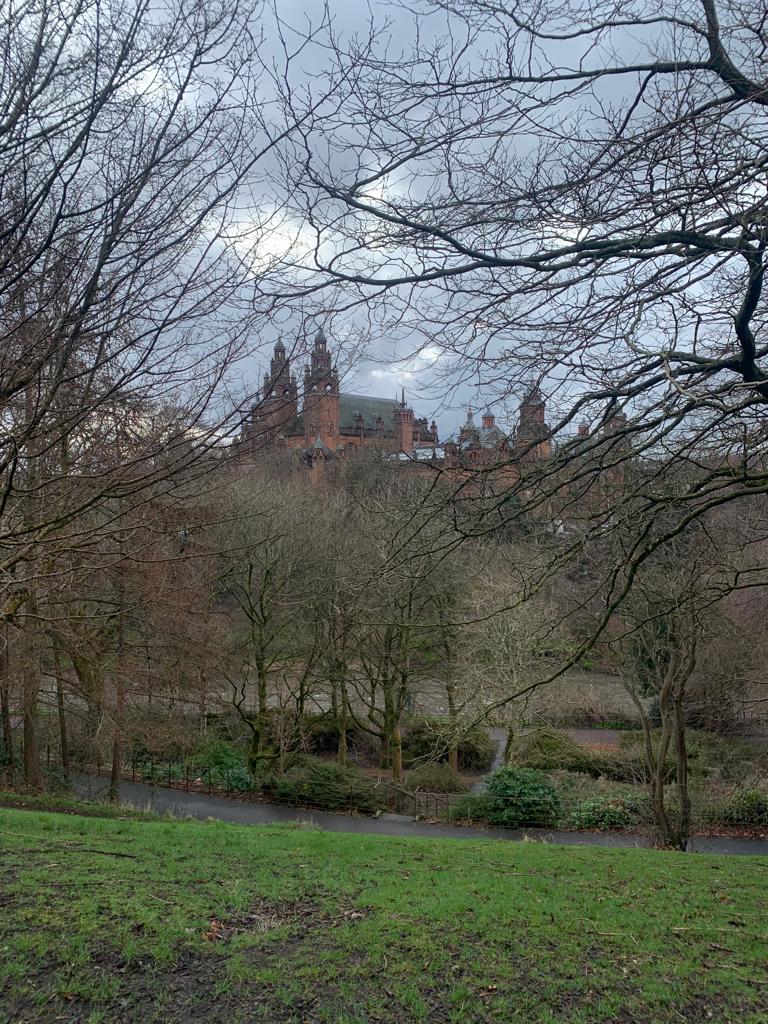 Here’s how we spent 36 hours with the Scots; from partying in what can only be described as a poor man’s Magaluf to sipping Guinness in a hidden garden and having one too many glasses of the good stuff.

Suffice to say, we were not prepared. .

10.30pm Having enjoyed a few tipples on the train, we’re ready for our big night as we roll into the platform at 10.30pm on a Friday night. After a quick stop at Point A hotel to drop off our bags, conveniently located less than 10 minutes from the station, we’re off. As part of our weekend holiday, we’ve purposely not done much research on where to go out, instead planning to ask locals for advice. This turns out to be a big mistake.

11pm Central Glasgow is set up a bit like NYC’s grid system and there’s a drinking hole on pretty much every corner. We choose our first venue, The Merchant, at random. It’s nice enough with an upmarket vibe, as far as pubs go anyway, and the Jack Daniels’ shots go down without a hitch. Unfortunately, however, we’ve either arrived too early or it’s just a quiet night, and the atmosphere isn’t great. We ask the Glaswegian bartender where locals go for a good time and she recommends Club Tropicana. Off we go.

11.30pm Well, the bartender lied. There are no Scottish people here and most people are under 20 or over 45 and far too drunk. Perhaps it was an honest mistake; after all, we are dressed to the nines in heels and tight dresses, so maybe she thought we’d enjoy a dance in this place (we don’t). I order two Coronas and the bartender pours them into plastic glasses. We stare at the lukewarm beverage in disbelief and leave 15 minutes later (reluctantly so, since we had to pay a few quid each to get in).

Midnight It turns out not having much of a plan isn’t a great plan at all. We aimlessly wander around for a bit before stumbling upon a bouncer outside a snazzy wine bar. He has a strong Glaswegian accent and we’re far too trusting, so once again we ask for advice on where he would recommend two 30-something-year-olds go for a decent night out. He is very nice and directs us to The Savoy, a well-known nightclub on Sauchiehall Street. The friendly bouncer gives us the name of his mate at the door and says we should ask for him if we want free entry. Okay, things are looking up… or are they?

12.08am We’re standing outside The Savoy, snuck in between a row of retail shops including TK Maxx and McDonald’s, and the bouncer’s friend is there and happy to let us in for free. We’re about to make our way inside when we notice a big group of 18-year-olds join the queue. Curious, we ask what the atmosphere is like inside. Apparently, it’ll still be another hour until everything gets going and yes, it’s quite a young crowd. We contemplate our options – that is, until one of the teenagers proceeds to hit on us. My companion calls it and suggests we get kebabs instead.

12.15pm Okay, so we didn’t find a decent spot to drink at but when it comes to discovering good kebabs, we never fail. We get everything (including several sides) and head back to the hotel to sleep off the buzz.

10am We’re up early and have a good laugh over our disastrous first night in Glasgow over breakfast. A few slices of bread, butter and a strong coffee and it’s time for round two.

11.45am Not wanting to ruin the entire weekend, we cave and text a friend for advice (she lived here for three years). We’re instructed to go to Hillhead, the equivalent of London’s Shoreditch, and it’s just as great as we’d hoped. There are independent shops, lovely pubs and the sun has come out. Time for a drink. First up? Vodka Wodka.

11.46am Side note: Glasgow has a bunch of local areas with their own spin so walk around as much as you can. We take a stroll through Kelvingrove park, which has a river running through it, and Glasgow University, which is an absolute must. 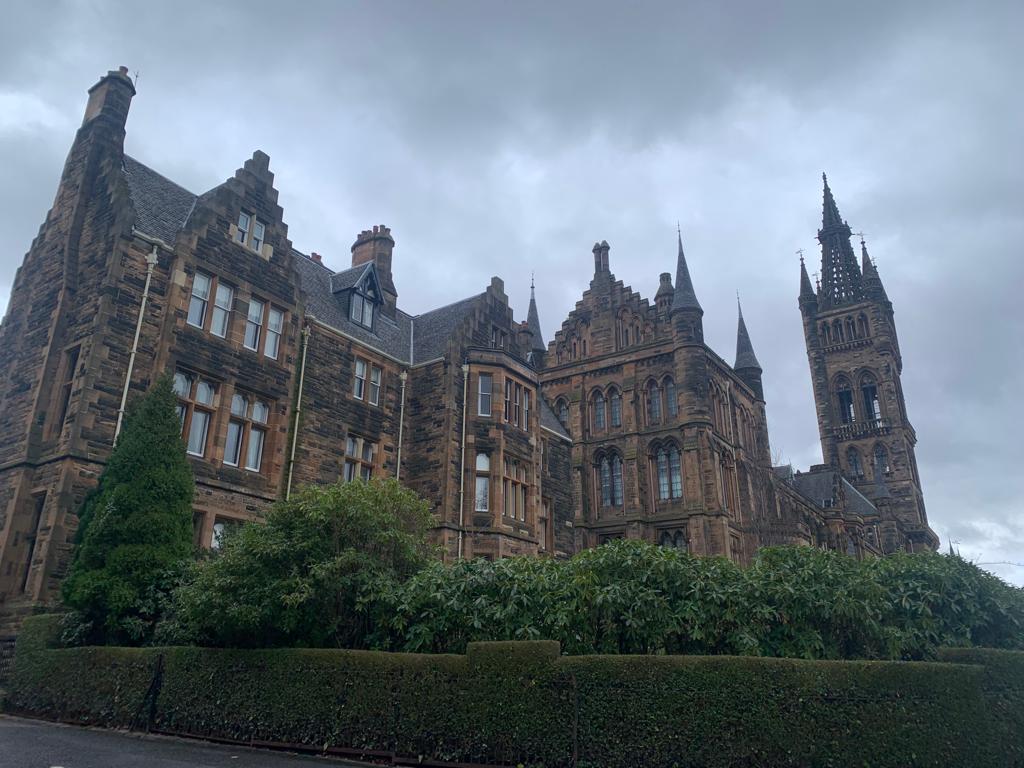 3pm Don’t let the name fool you. Vodka Wodka isn’t just about vodka; there’s an extensive cocktail and beer selection. Located on Ashton Lane, a cute cobblestone road hidden away from the main street, the pub-slash-bar-slash-secret-courtyard-garden is also filled with Glaswegians! Yes, finally. There’s a mixed crowd of people; on one table a group of men are watching the rugby, while on another two elderly couples enjoy a cheeky pint and a few hours later a younger group show up in fancy dress (including two men wearing cheerleader outfits, complete with pom-poms). We make friends and exchange numbers with the people at the next table, who invite us to join them for drinks later that evening. 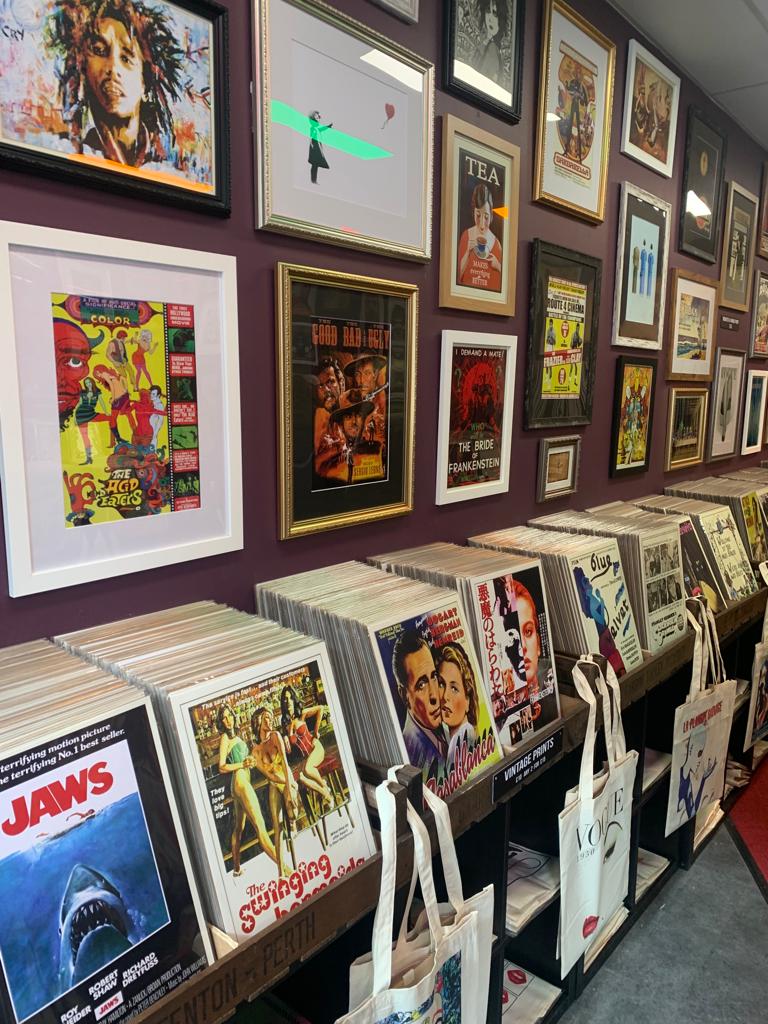 4.30pm Our new Scottish friends have explained why our first night was so bad: because of our English accents, we were likely led astray when asking locals where to go (in other words, they sent us to the tourist spots). Armed with this knowledge – and the name of a new bar to visit – we walk to Hillhead Bookclub. It’s a very popular venue with a unique indoor balcony, as well as a charming front garden. It’s a little too try-hard hipster for our tastes though.

5.30pm Our new friends suggested we stop by The Belle on Great Western Road. It’s a tiny pub but exactly what we’re after: warm, unassuming and friendly. It’s also so busy we’re forced to stand by the bar but the atmosphere is so great, we hardly notice. They also sell very snazzy crisps.

6.30pm It’s getting late and we’re getting hungry so we go back to the hotel for an outfit change and a snack. 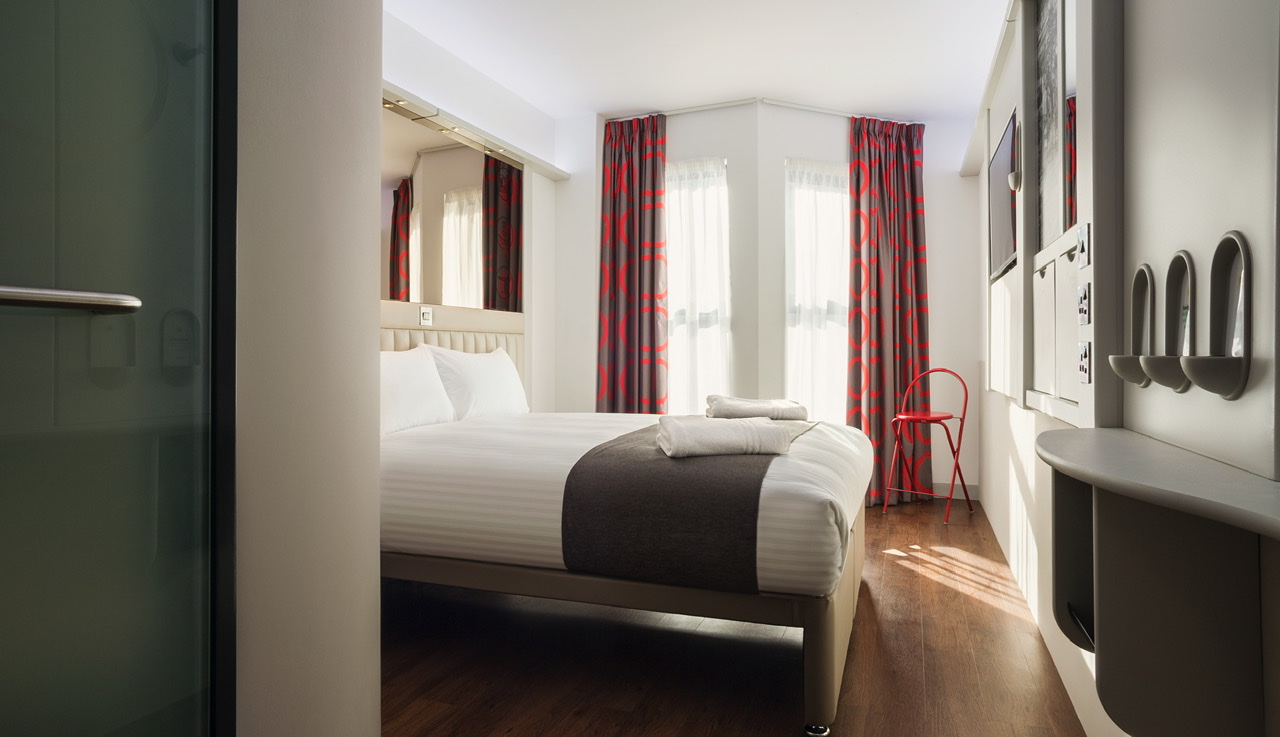 9pm We decide to try out the subway. It’s cheap, easy to use and pretty fun. And it gets us to Paesano Pizza, which comes highly recommended (and has an impressive slew of customers outside trying to get a table). We luck out and get one ourselves fairly quickly. A bottle of wine and two Italian-style pizzas, grazie and prego. My companion loves her pizza, I give mine 7/10 (bare in mind my dad used to own a pizza restaurant so I have very high standards when it comes to carb-filled goodness).

10.20pm We’re definitely starting to feel the wine and so decide to walk to our next destination and get some fresh air at the same time. Time for the best venue of our entire trip: Òran Mór. We actually stopped in here earlier (after the Bookclub and before The Belle) for a glass of Old Pulteney and a chat with some delightful older Scottish ladies. Òran Mór was busy then but it is rammed now. Formerly a Parish church, the converted space now houses a Victorian Bar and whisky bar, nightclub, auditorium with a spectacular mural, and more. Perhaps it is this splendor of things to do, coupled with the chatty locals and electric ambience that keeps us here all night. Because yes, Òran Mór ends up being the only bar we visit that evening. And frankly, we have no regrets.

1am Quick cab ride home and into bed. No kebab this time.

10am One of us has a bad hangover, the other has stuffed their face at the hotel’s breakfast bar again. We’re done with the alcohol and instead opt for wandering around Barras market, an outdoor-indoor vintage market space in the East End (a more industrial part of Glasgow). In short: it’s a nice Sunday activity and a good place to pick up random knick-knacks.

11am It’s time to prepare for our departure, which means only one thing: stocking up on food. We buy a huge Chinese takeaway at Noodle Stop outside the station, bid farewell to the city and head on home to London.

So, what’s the verdict?

Glasgow lives up to its name; the people we met were incredibly friendly (not counting the bartender who sent us to the nightclub from hell). The city has plenty to offer if you’re willing to look for it and it’s much bigger than expected with plenty of areas left to explore such as Finnieston or Dennistoun – once dubbed the 8th coolest neighbourhood in the world – and attractions like the Clydeside Distillery. Sure, the city is a little rough around the edges and Covid-19 has hit businesses hard (there were a lot of boarded up shops) but overall, Glasgow is a Scottish gem. Just beware: your liver must suffer.

If, like us, you’re planning a big weekend, remember to drink responsibly, have plenty of water and don’t snog too many Scots. Actually, scratch that last bit.

How to get there and where to stay: It takes just over five hours to get to Glasgow from London. Edinburgh is also just an hour away, if you want to kill two birds with one stone. Our train tickets cost approx £130 (return).

As for where to stay, Point A Hotels, a chain with sites in London, Ireland and Scotland, is a great option if you’re after affordability and don’t care about fancy extras or amenities. Our room was clean, the bed was very comfortable and the hotel staff were helpful. The mood lighting was also a nice touch, though it took us a while to figure it out. Our favourite part was the help-yourself breakfast bar, with an endless array of baked goods, toast, yogurts, spreads and more. If you’re after a no muss, no fuss hotel with a sprinkle of ‘millennial business traveller’ feel to it, this is the one. To book a room, visit https://www.pointahotels.com/our-hotels/glasgow or check out their Instagram https://www.instagram.com/pointahotels. 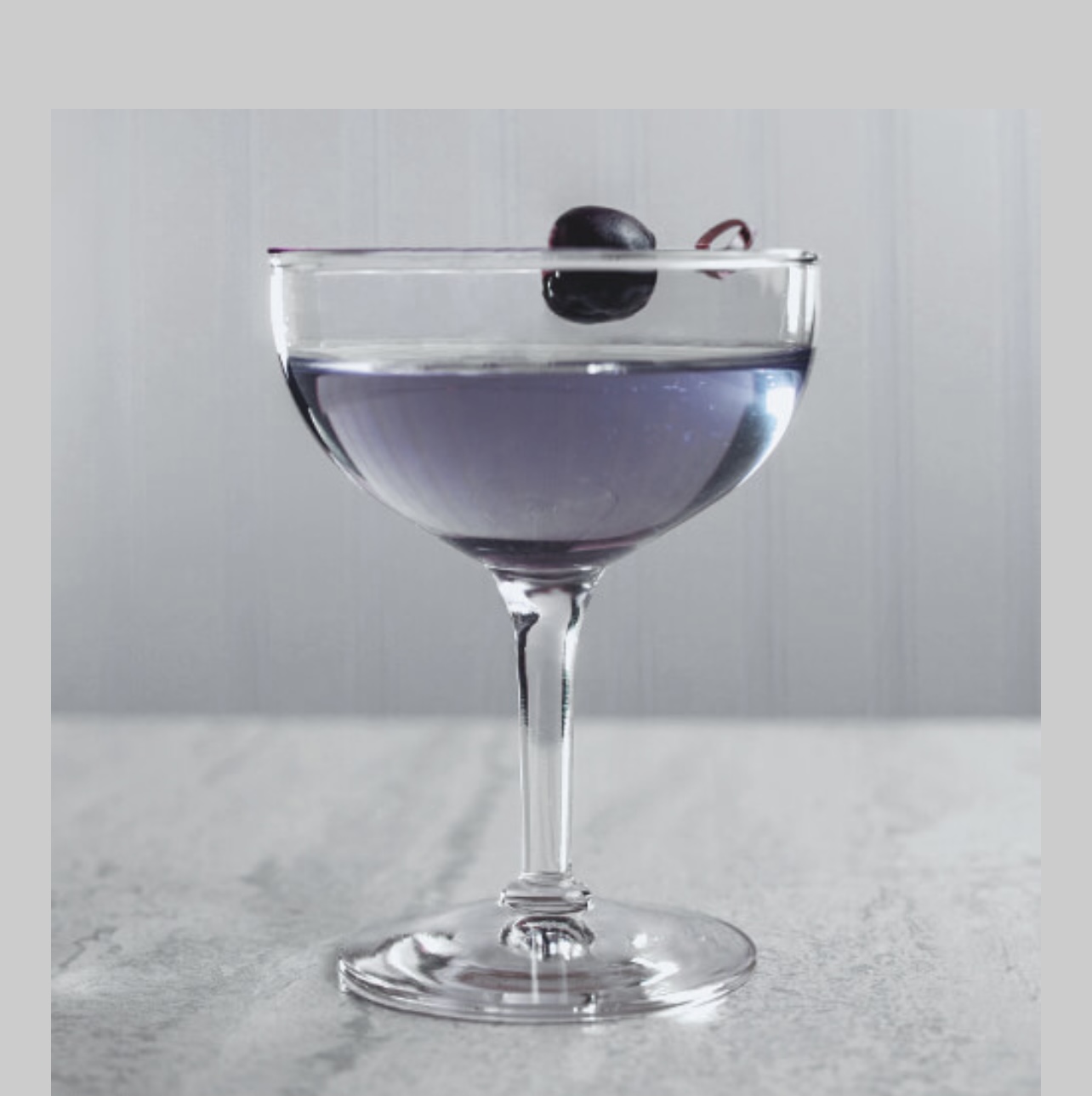 Review: Cocktails In The City 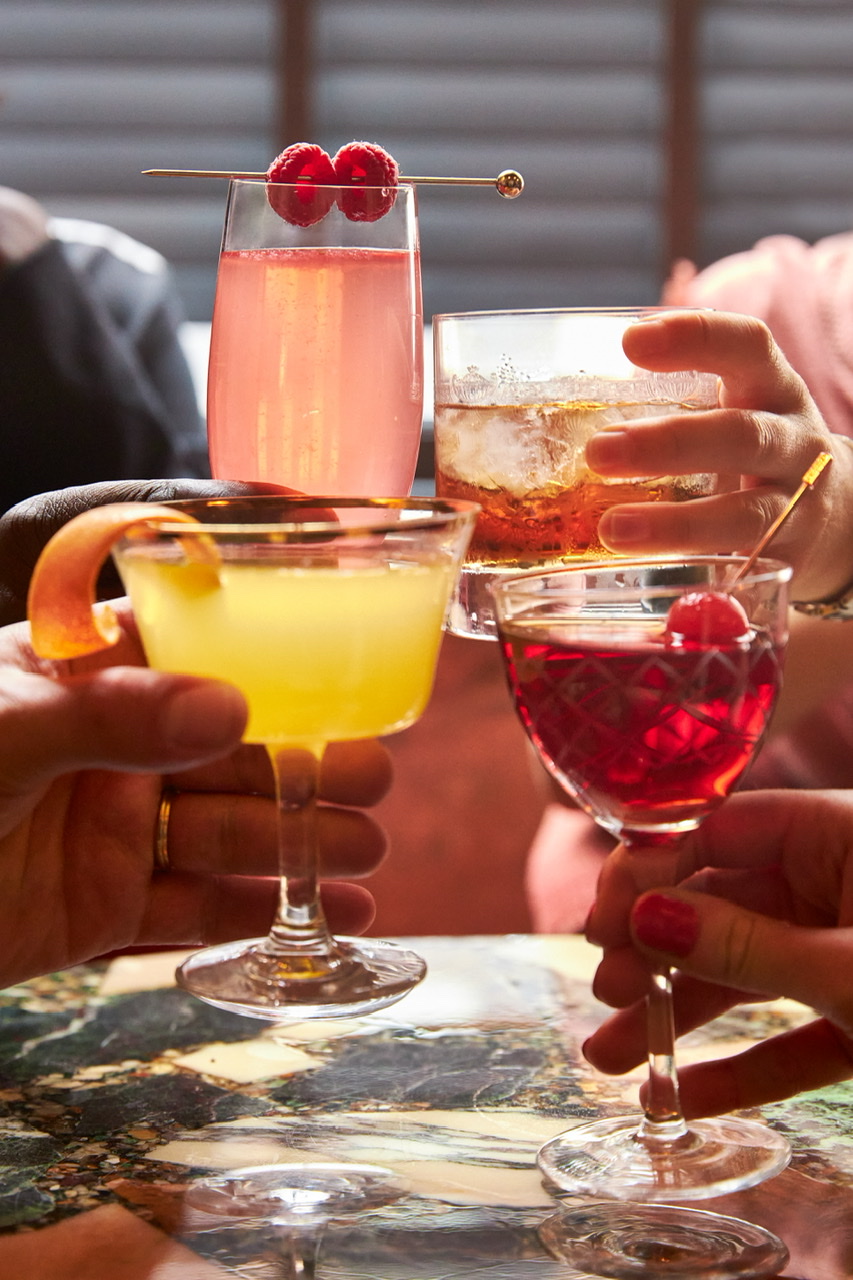